Google Earth updated a satellite image near Marinovka border crossing. It reveals a lot of Russian positions right next to the border with Ukraine: 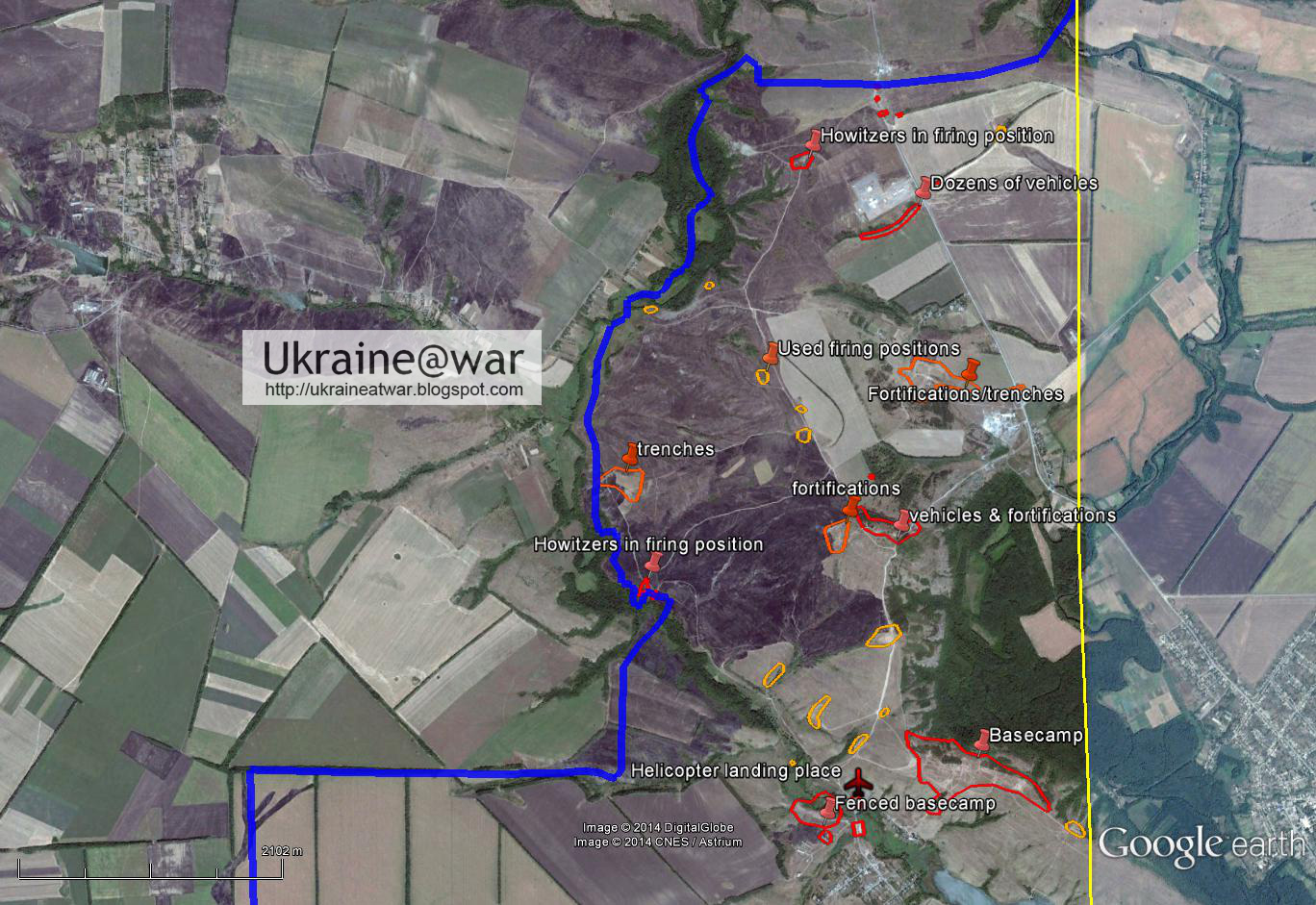 The two biggest parts are basecamps just 2,5 km from the Ukrainian border: 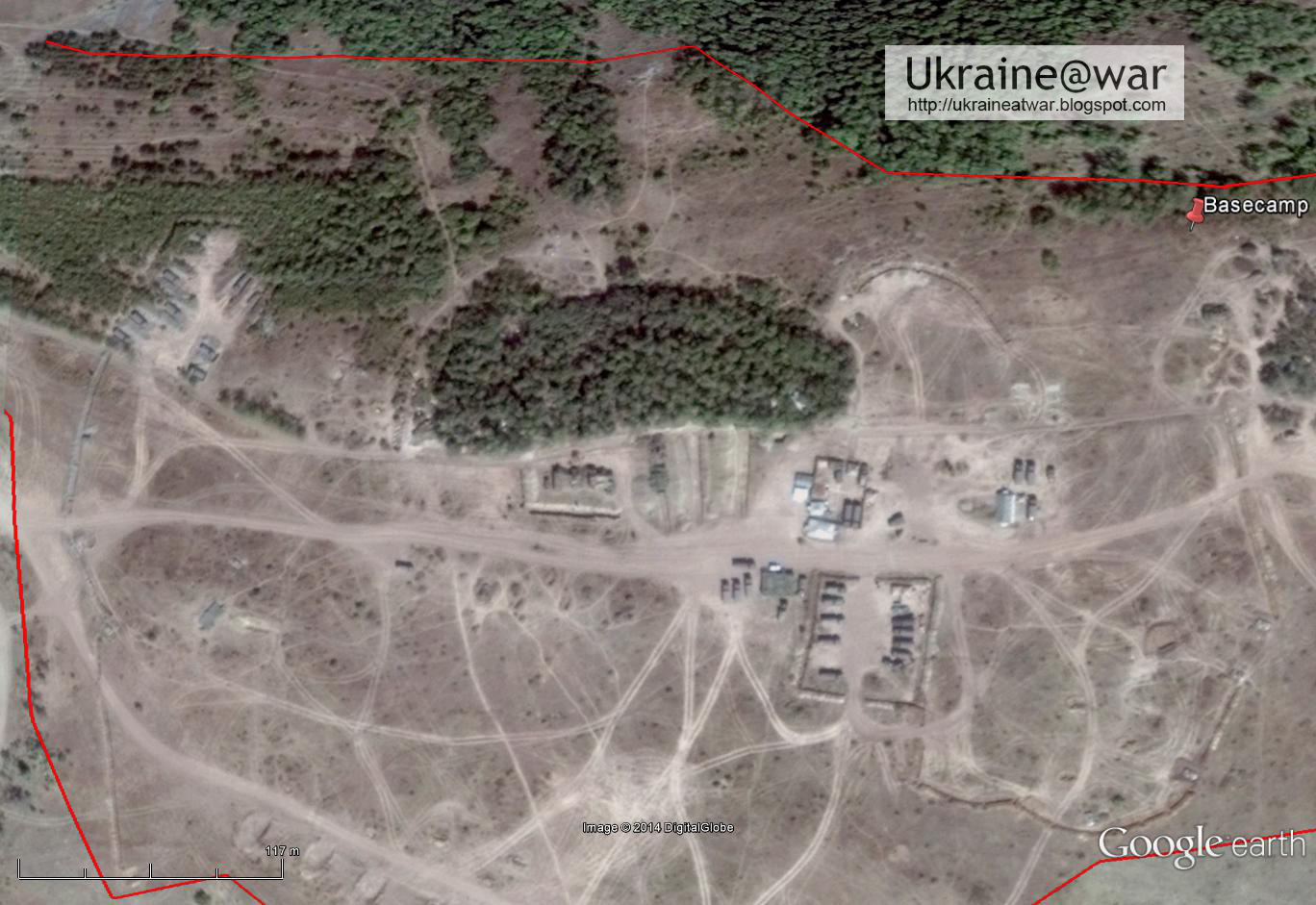 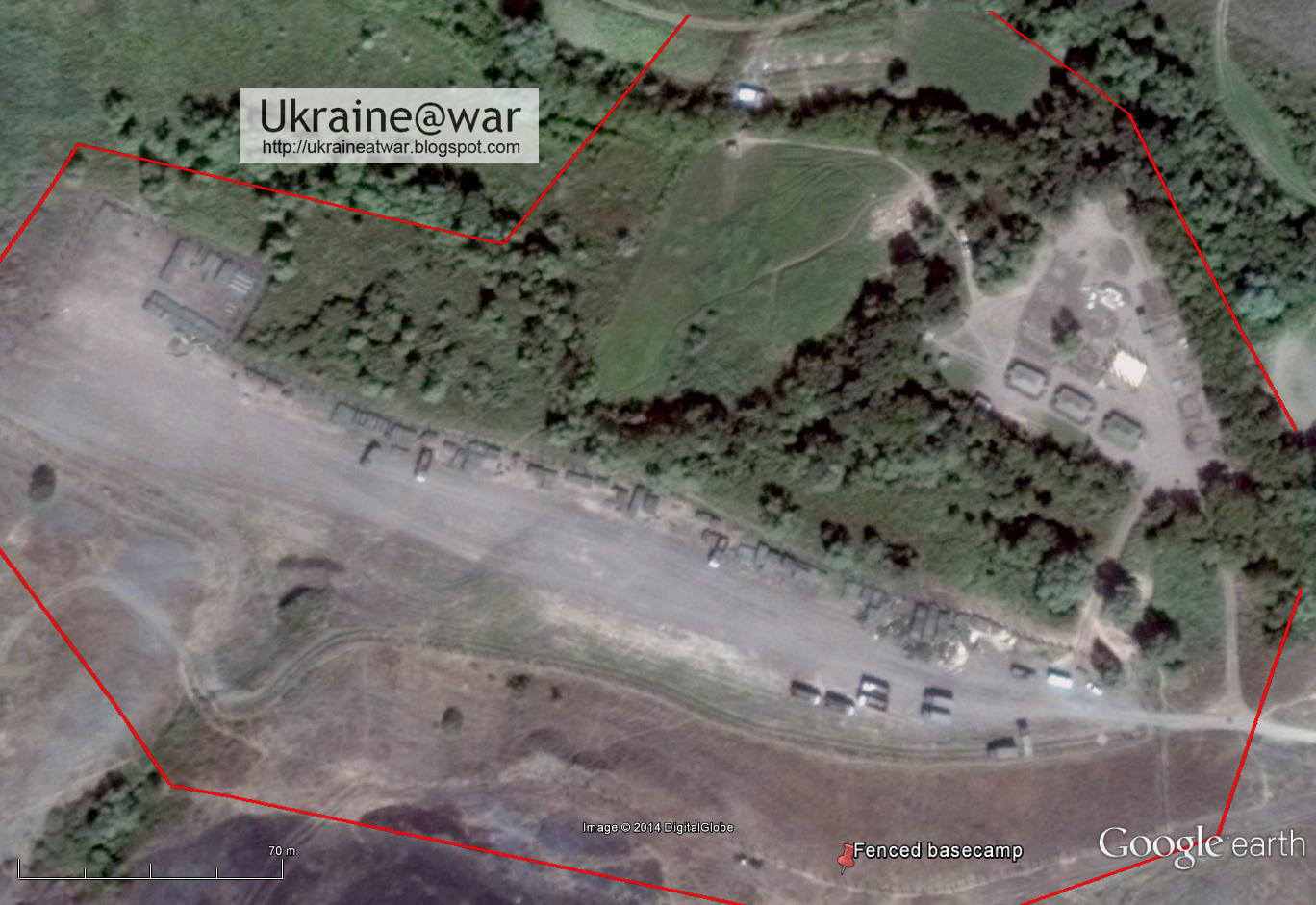 This second one seems to be particularly important because it has a barbed fence around it.

All these positions are newly build. They were not there before: There is also a new helicopter landing place next to it: 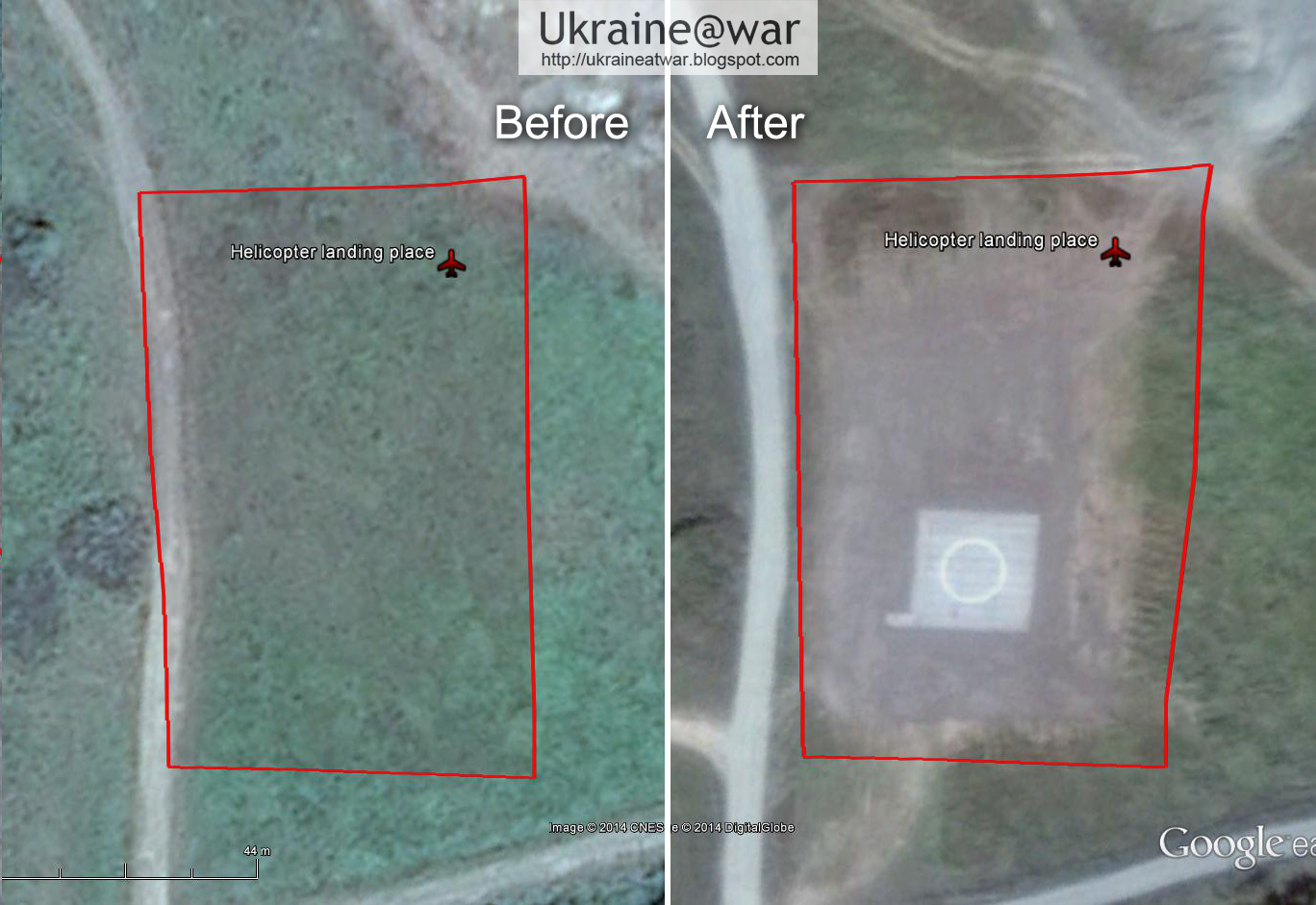 There are two positions with what seems to be self-propelled howitzers and support vehicles: 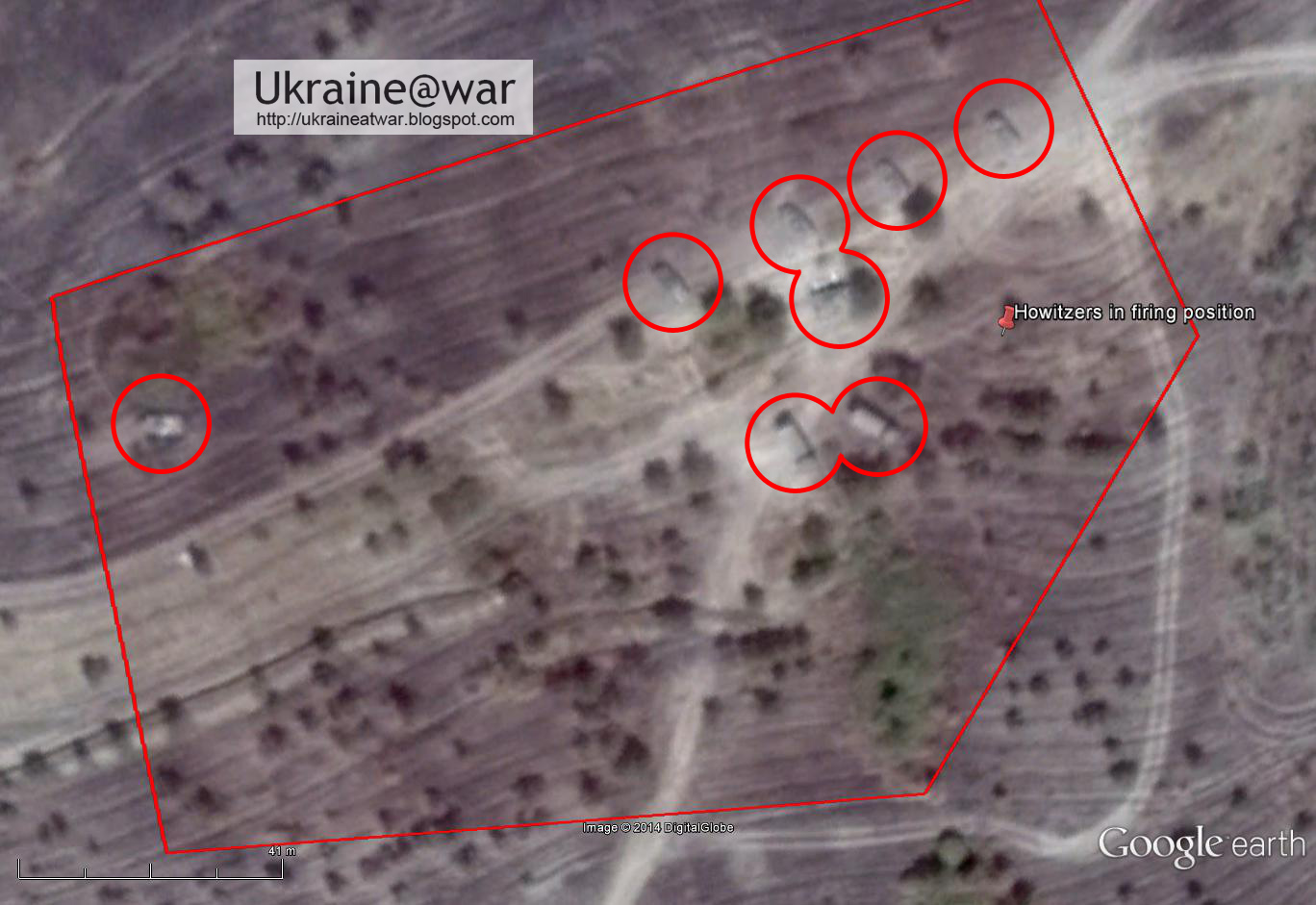 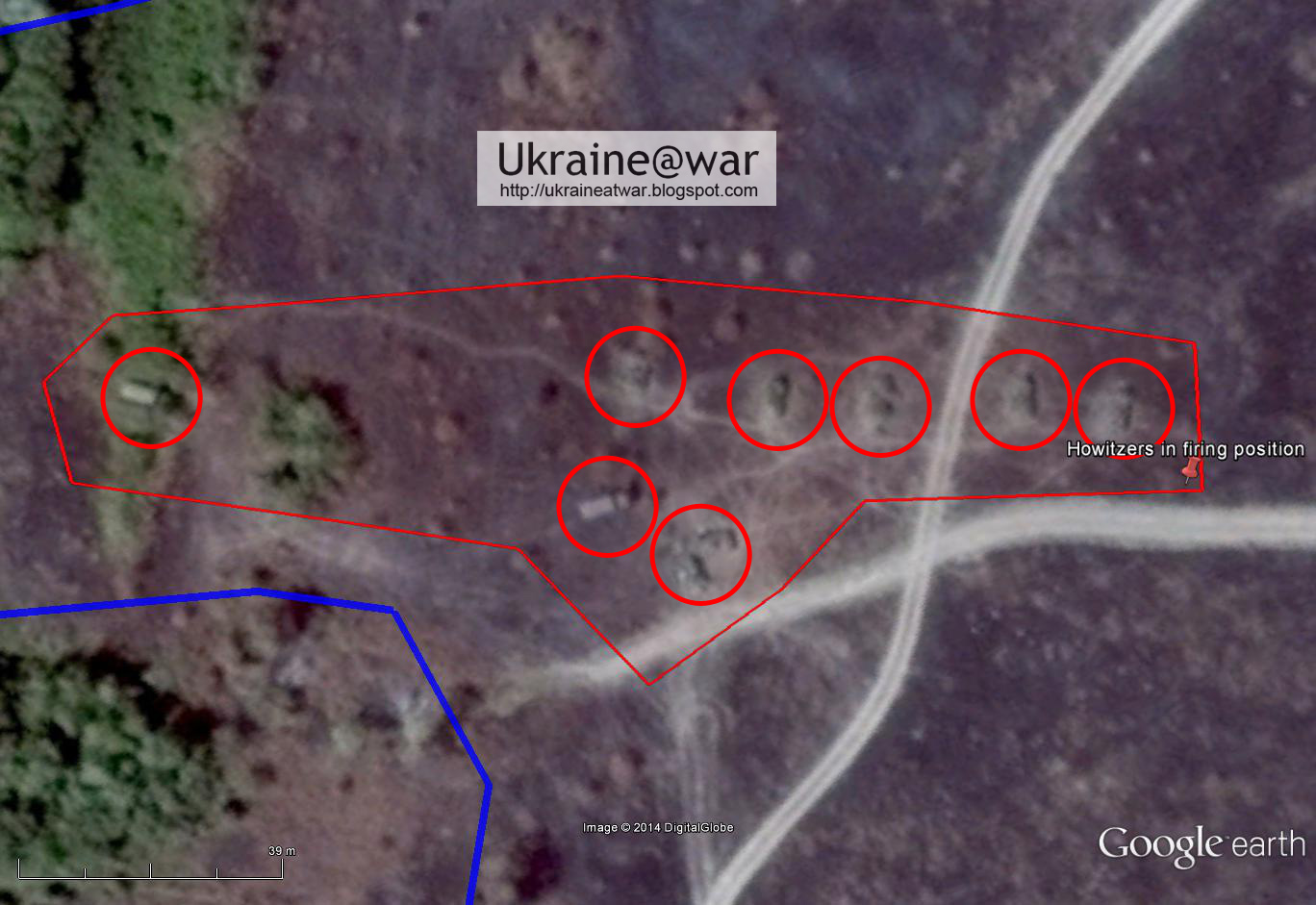 There are a lot of fortifications with some unclear structures: 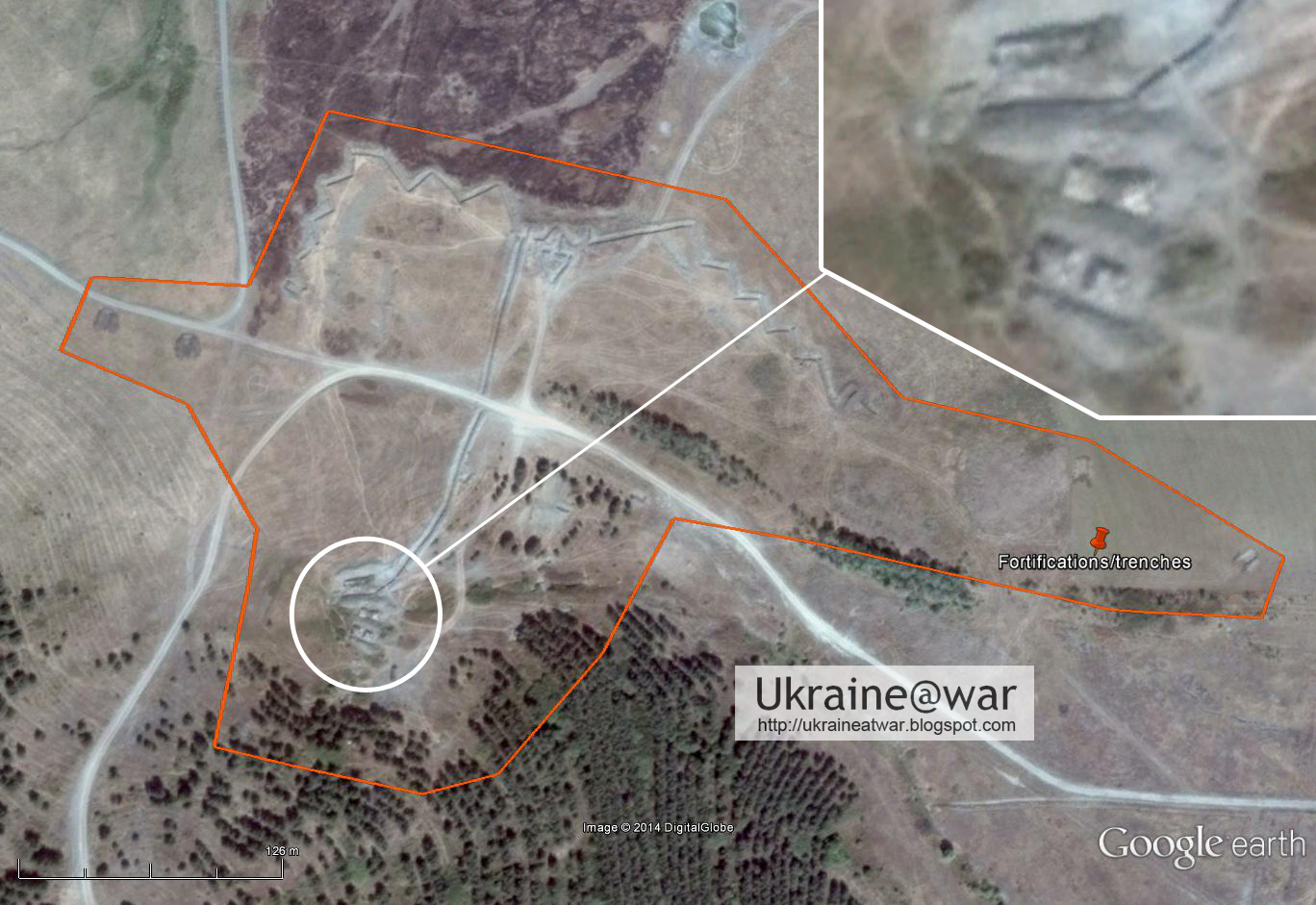 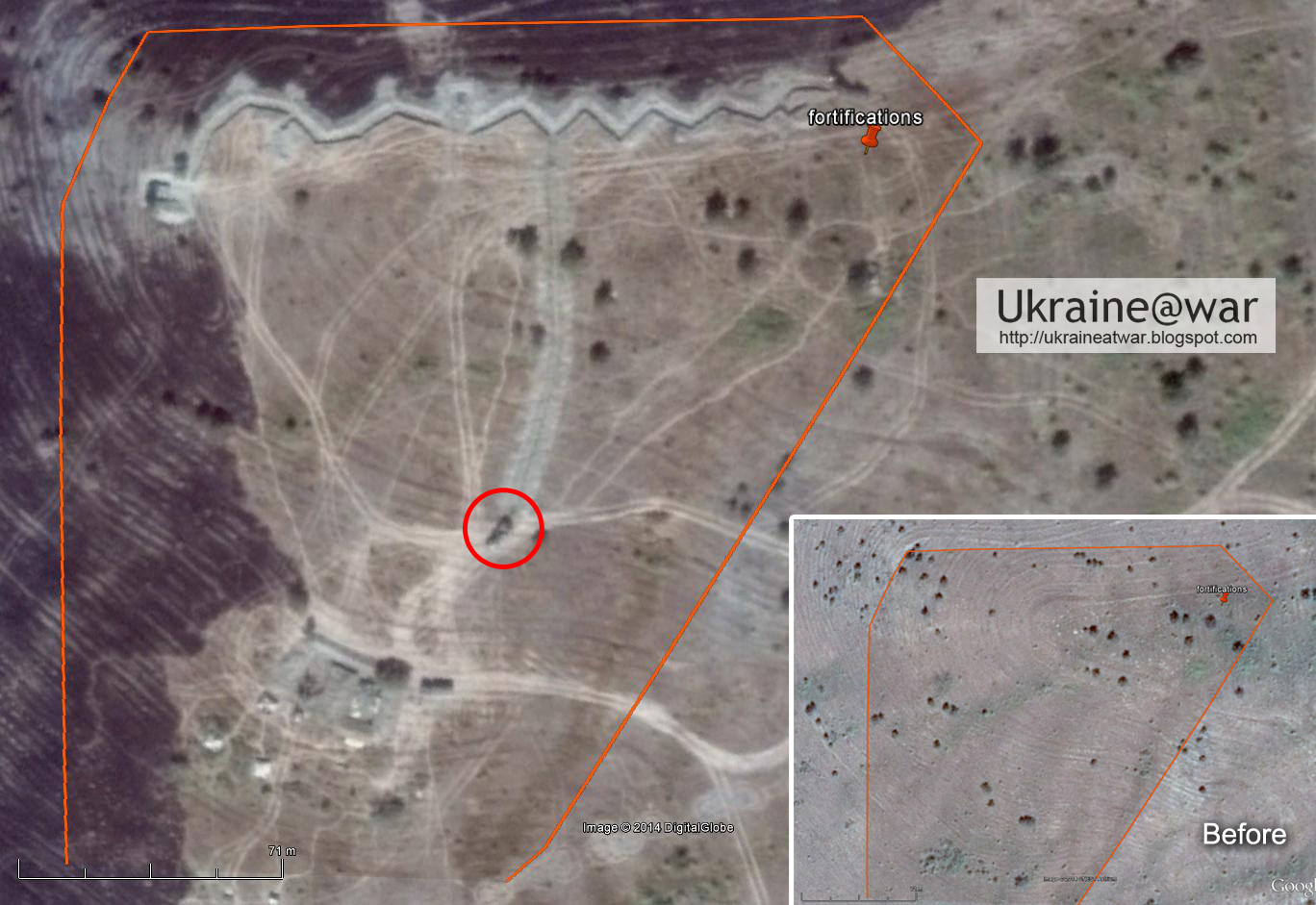 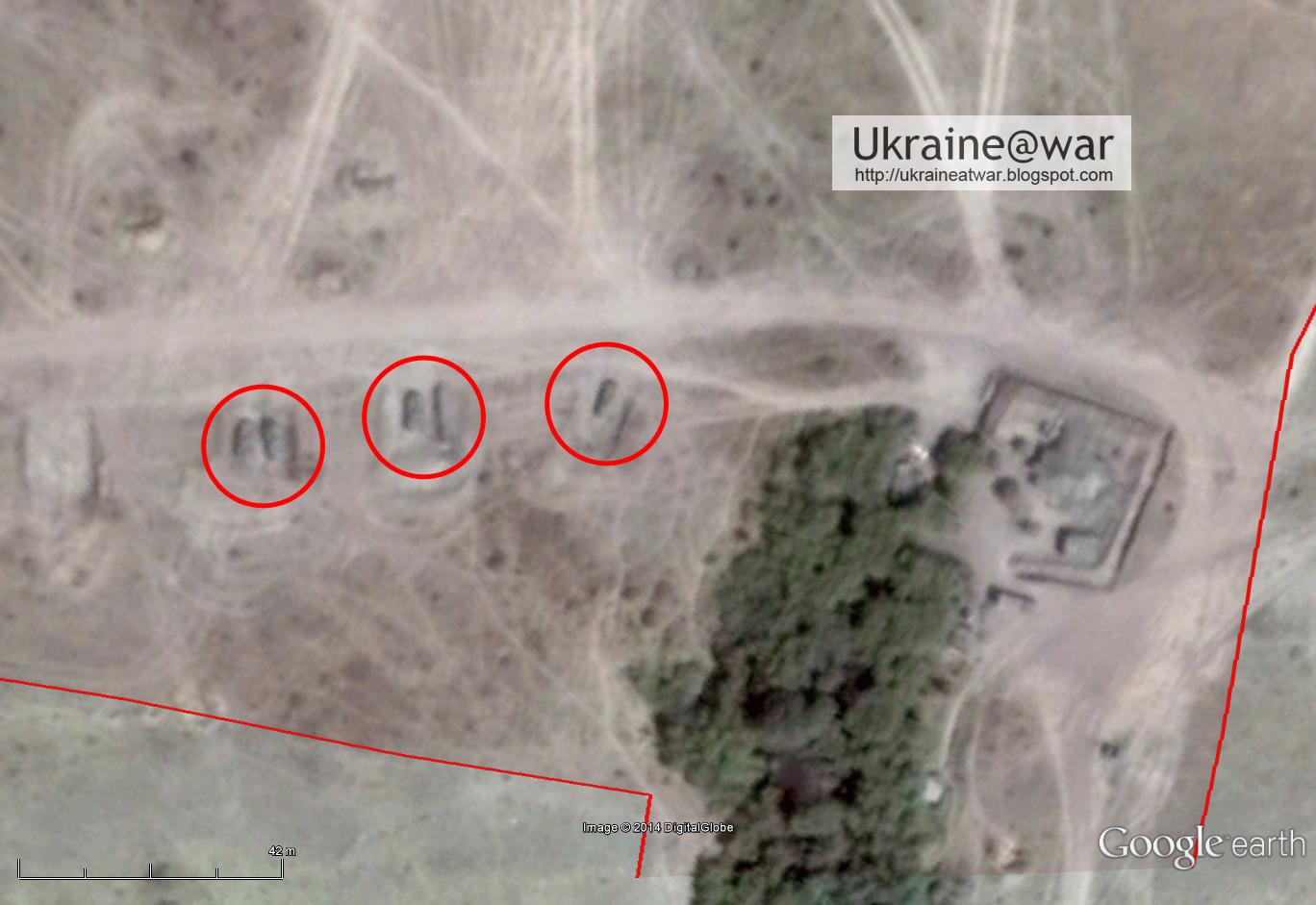 This area is particularly interesting: 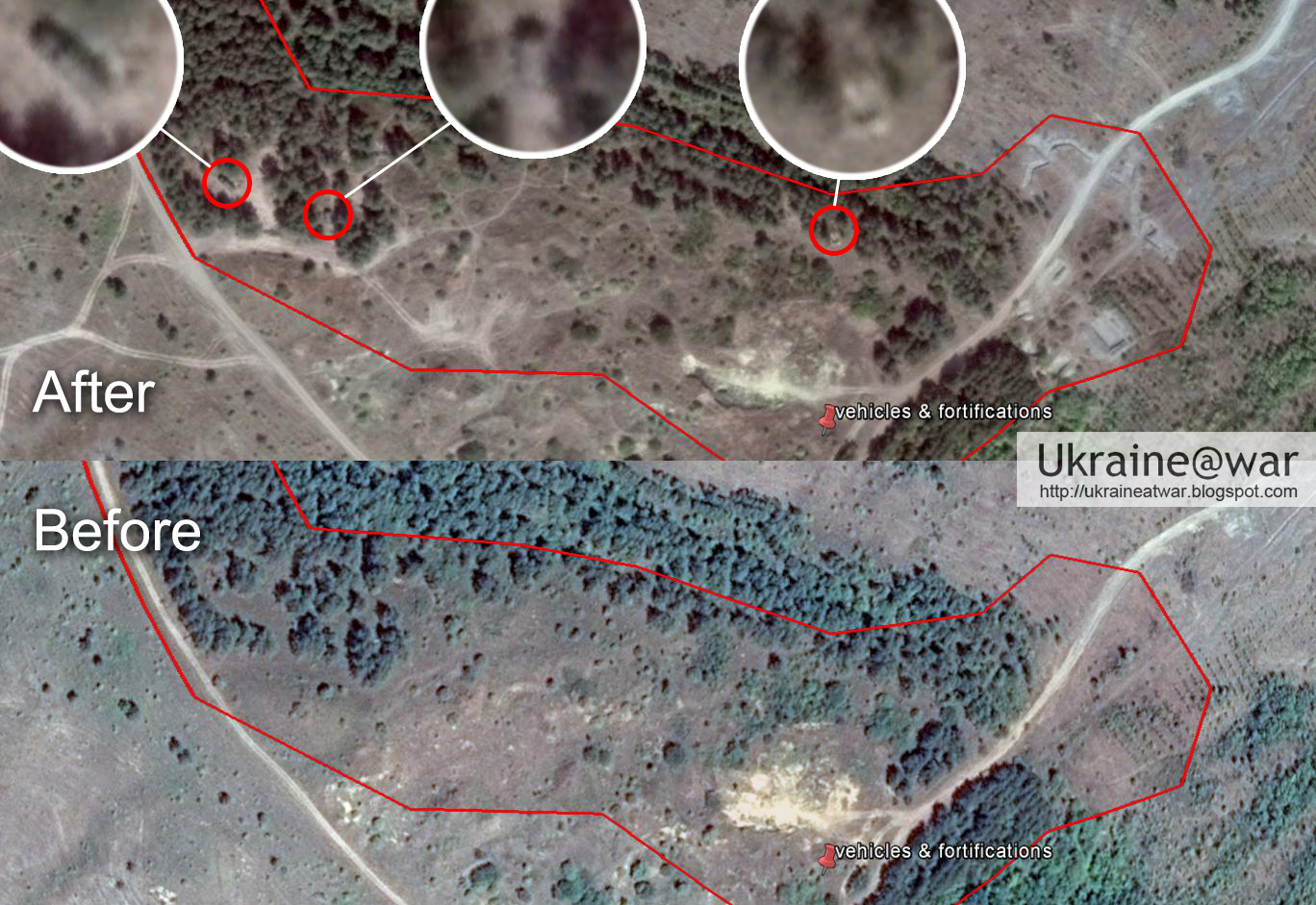 It is intensively used, with serious fortifications on the right side and vehicles hiding between the trees. There might be much more among the trees, because small paths can be seen leading to and between them. These are not caused by vehicles, but by people walking over it again and again.

The third vehicle (most to the right) is very interesting. Could it be a BUK? As there may be white tips visible on it?

These two positions in the first basecamp are also interesting: 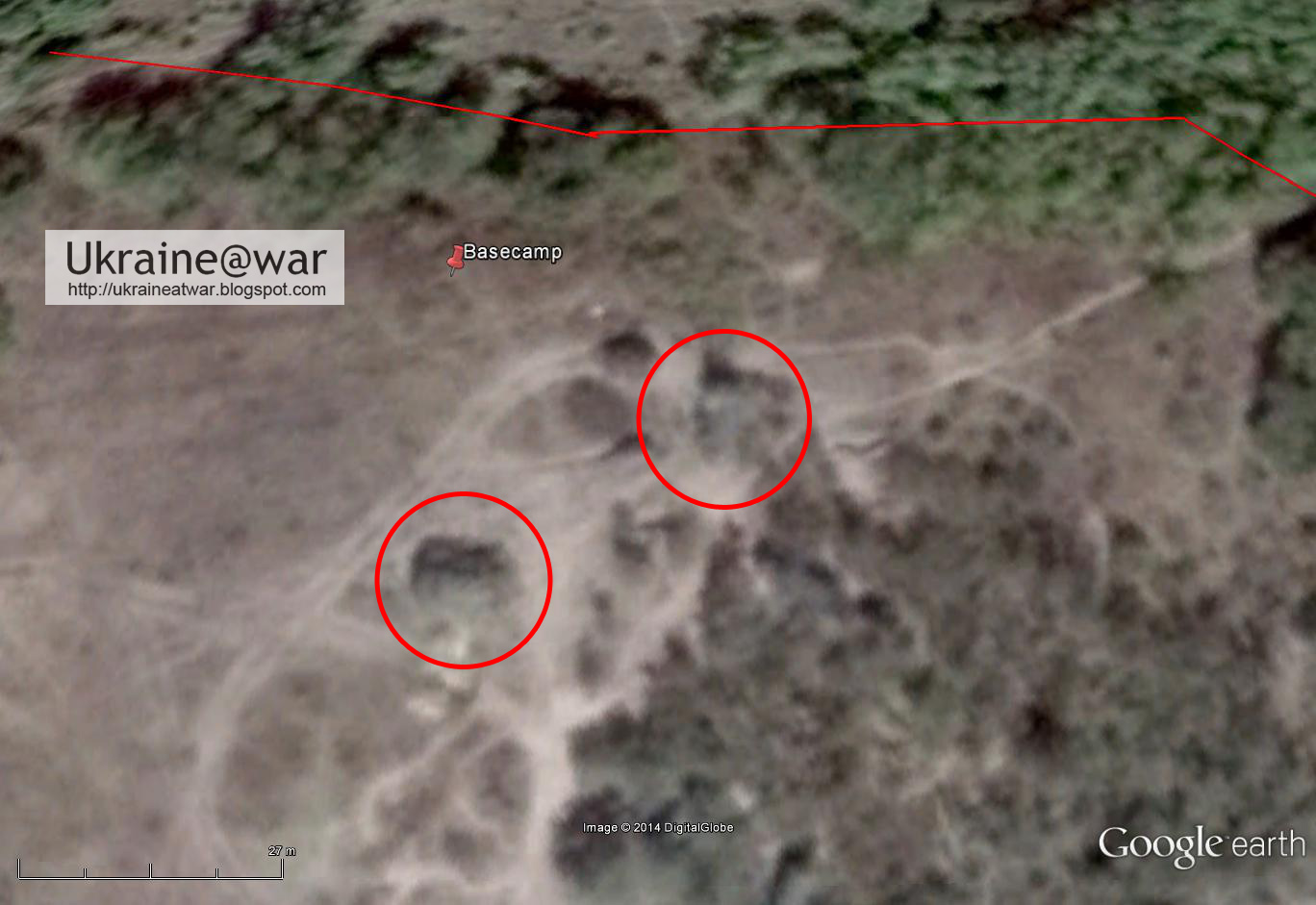 Their structure seems very large for a vehicle. This is probably due to camouflage nets surrounding it. They may therefor be radar units.

As can be seen by this Google Earth view (with heights exaggerated), that first basecamp lies on top of a hill, which makes it an ideal location for radar: 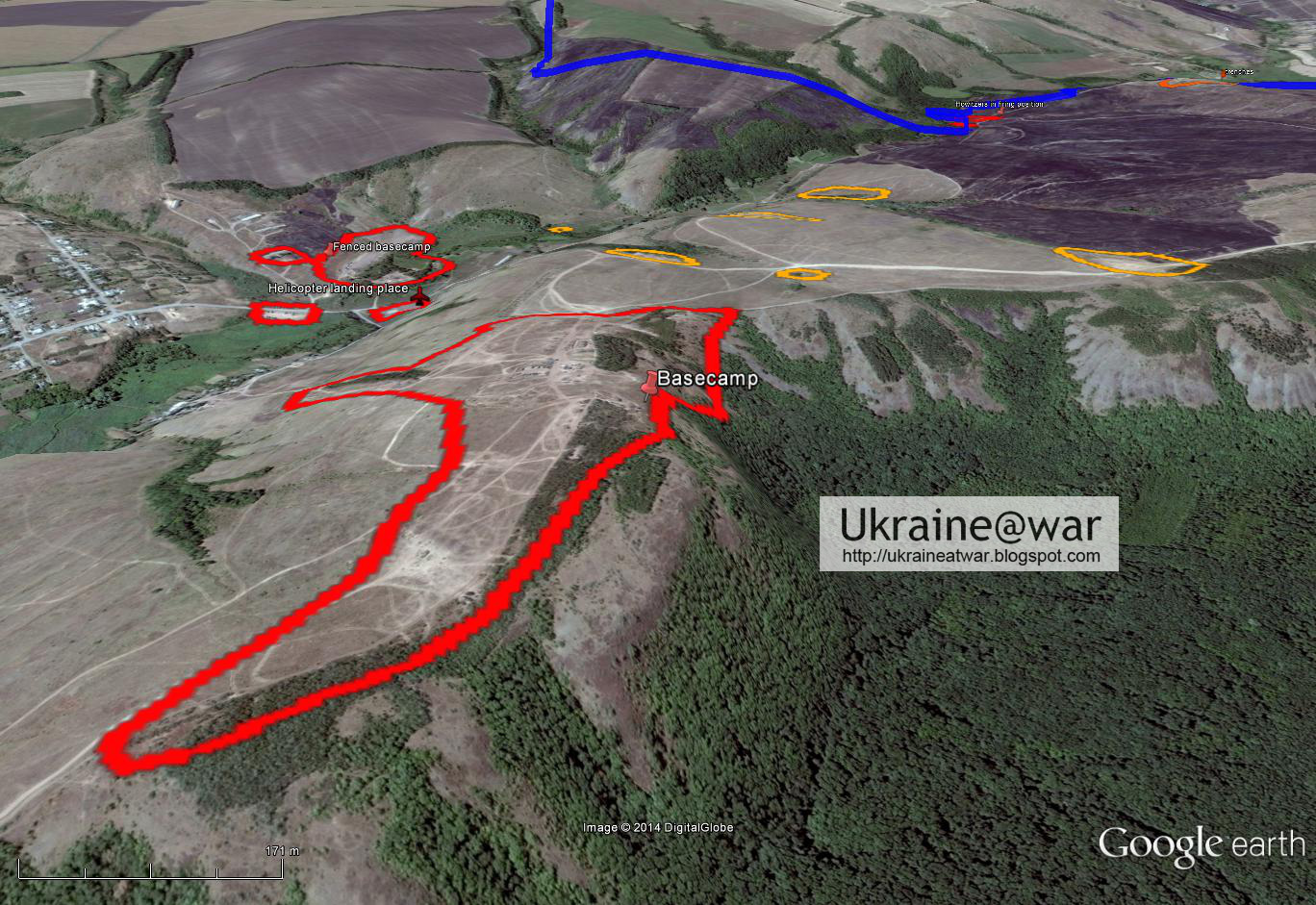 The indicated units are next to the 'basecamp'-icon.

More to the South a Smerch firing position can be seen: 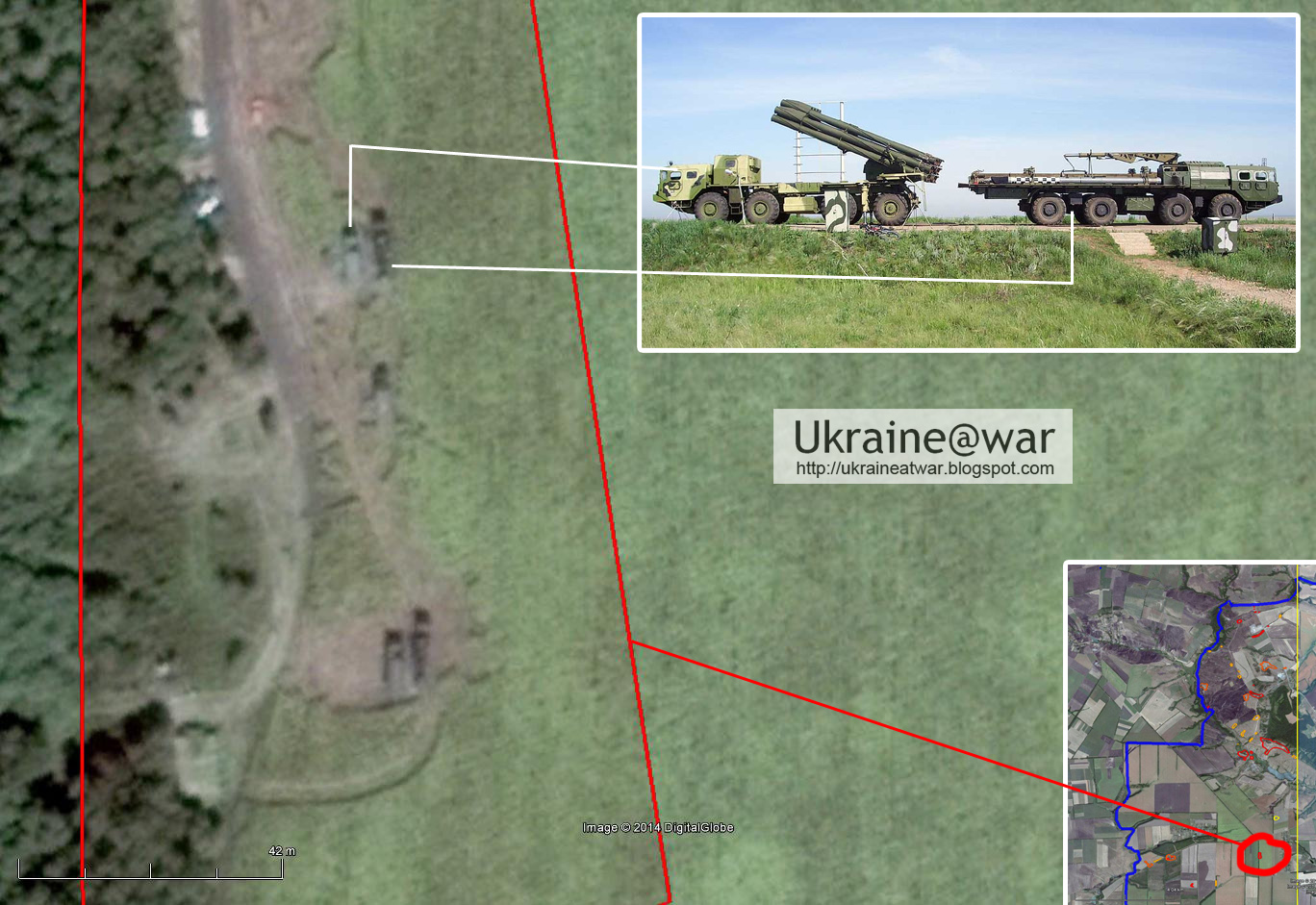 This is only 10 kms from Marinovka border crossing, so it was capable to fire at all important Ukrainian positions from there.
Bottom left seems to be a tent, indicating this is more like a long term position.

Conclusion
These are only the PARTIAL Russian positions near Marinovka, The Russians have build NEW basecamps, firing-positions and fortifications right AGAINST the border with Ukraine.

From these positions they have fired upon the Ukrainian army with artillery and invaded Ukraine when the moment was right.

Some tracks can be seen leading into Ukraine on the satellite images (yellow arrows): 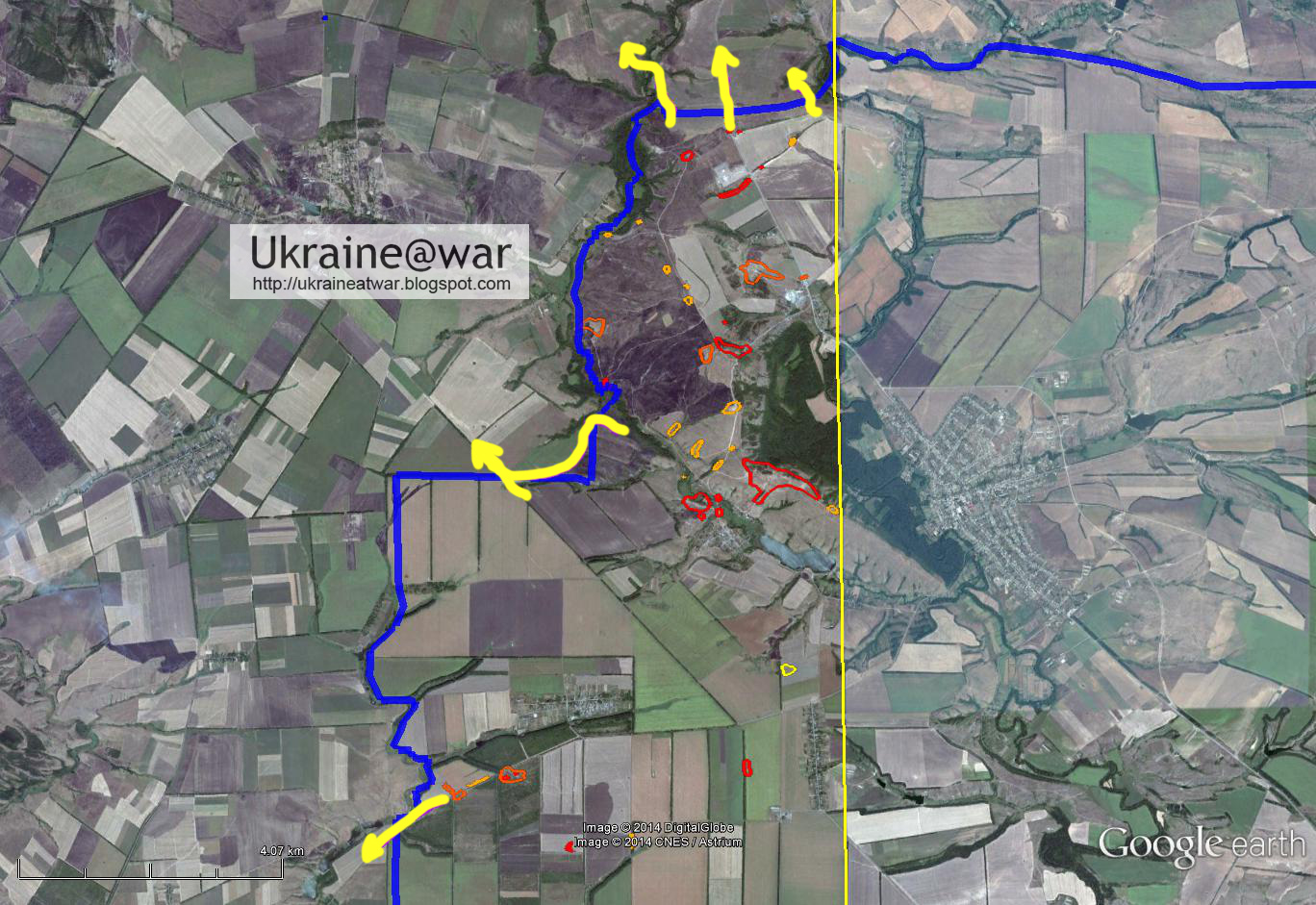 Important is that we have identified a possible location for the (BUK) radar. It is only 20 kms from the known MH17 BUK launch location: 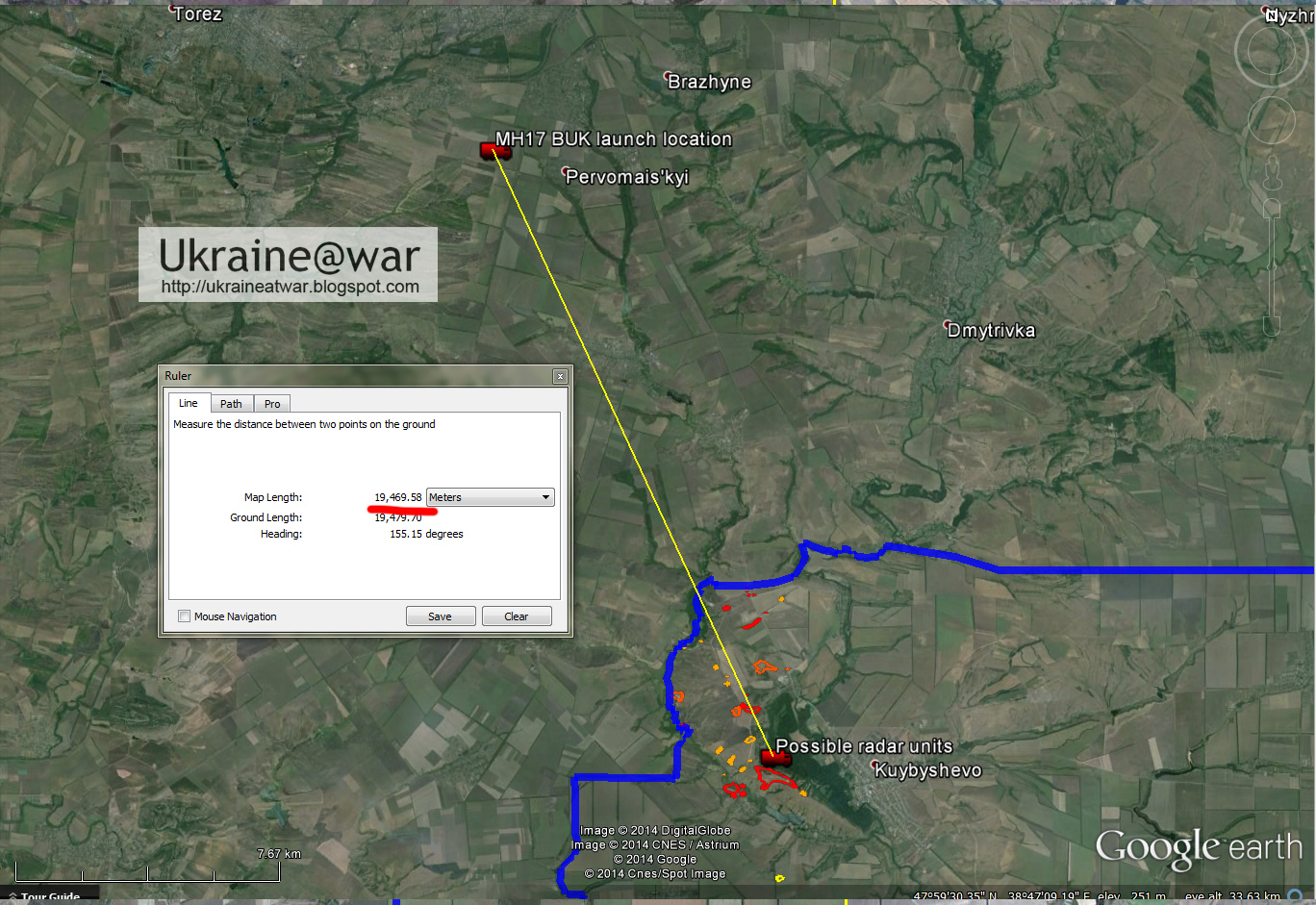 This is within the normal operational range for these systems to connect. It means the MH17-BUK likely established a connection with the radar on Russian territory and as well some data as the command to fire may have come from Russian commanders.

Now military grade satellite images should tell whether this location is indeed a radar or not.