After 240 days of relentless defence of Donetsk Airport, it now seems it has fallen...

A volunteer expresses his point of view on the events: 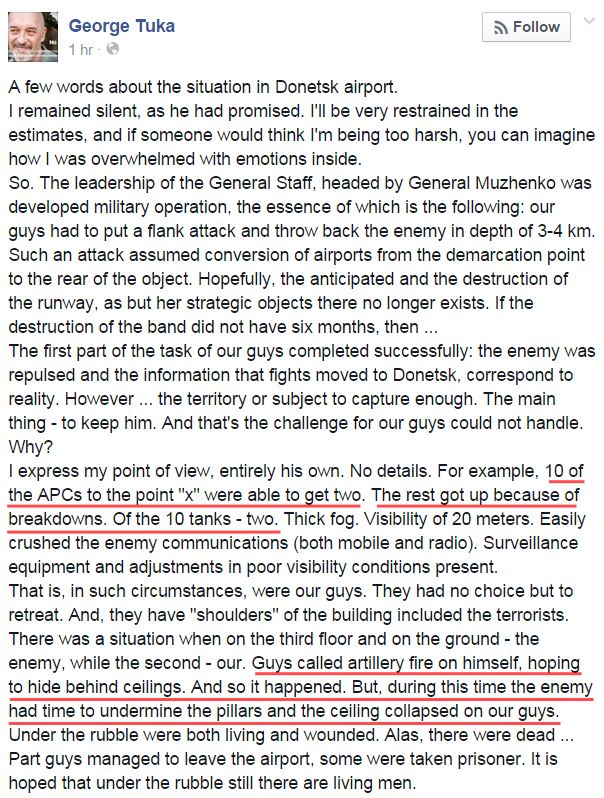 LieNews is showing a video where they roam around the area that previously was the only left supply route to the Terminal. There are several dead soldiers:

It has earlier been reported that the Terminal has fallen and Ukraine said it would launch a counterattack to take it back.

With the high number of casualties that is now reported and the video showing the Russians all over the place, it looks like that counterattack has failed...

Already the Russian tanks are trying to surround Pisky now:

If true (see article), that is REALLY bad news: 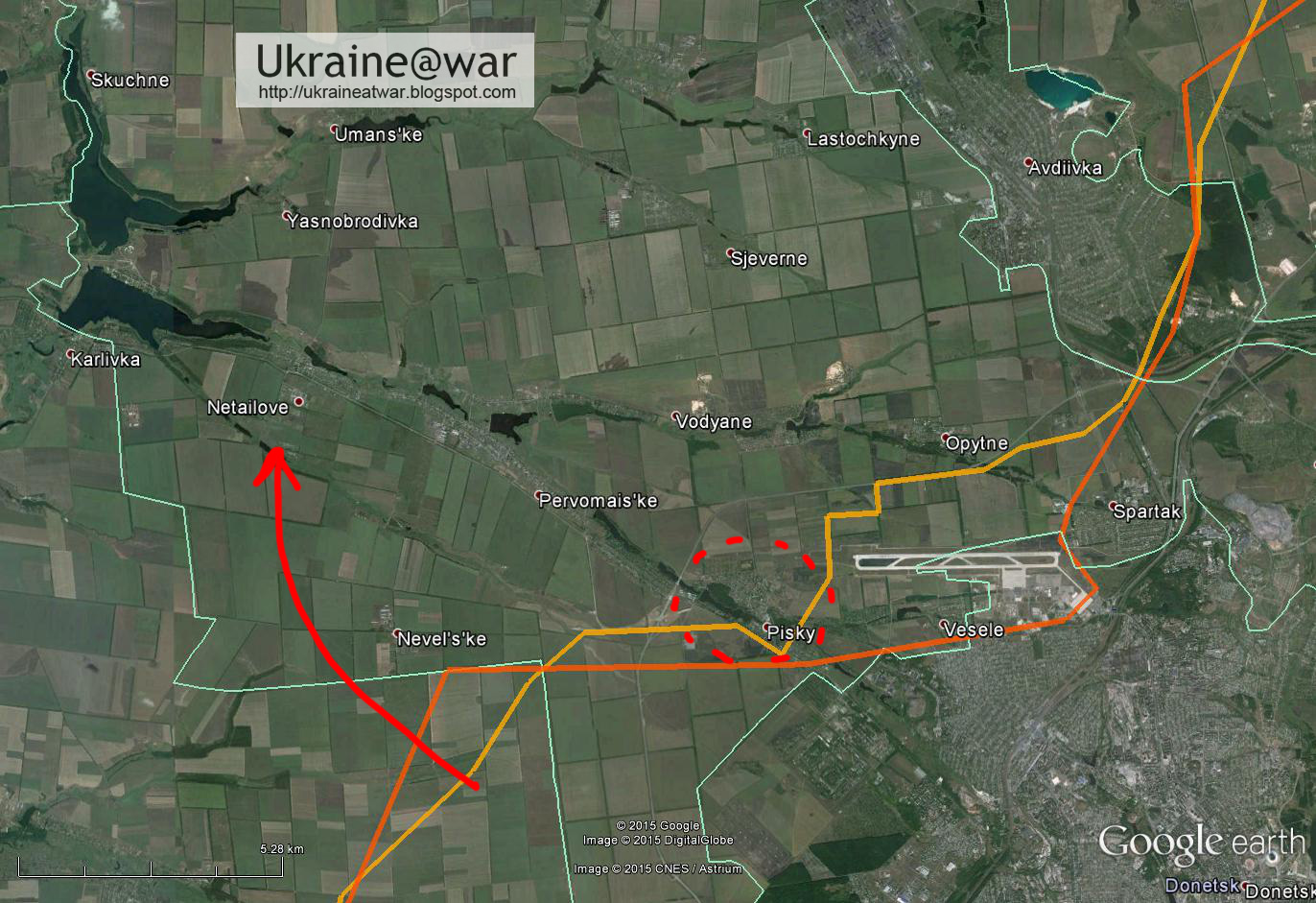 It means they have broken through the front line at Nevelske.

This Russian video also shows they are 'all over the place'...


Tribute to those who defended it, and Ukraines and Europe's freedom:

This picture is dedicated to the 37 brave cyborgs that are now fallen in battle. Glory to the heroes. 21/01/2015 pic.twitter.com/PpKGXkbp2M
— Onlinemagazin (@OnlineMagazin) January 21, 2015


FM #Steinmeier after #Ukraine conference: In my opinion, there has been tangible progress in our meeting today. 1/3 pic.twitter.com/x5dvxebIJk
— GermanForeignOffice (@GermanyDiplo) January 21, 2015

FM #Steinmeier: If what was agreed upon today were realized, we would be a bit closer to a summit in #Astana. 3/3 #Ukraine
— GermanForeignOffice (@GermanyDiplo) January 21, 2015

Well... Donetsk Airport has fallen. Ukraine better embraces itself, because the hordes of hell soon flood the place in euphoria.

Here you can find the official bla bla we call on all parties to bla bla... report. MEANWHILE RUSSIA IS ATTACKING, INVADING AND SHELLING.

SO DO THEY NEVER LEARN?