Four videos show Russian armor at a crosspoint at the edge of some village attacking Ukrainian positions:

Commander giving directions where to shoot: 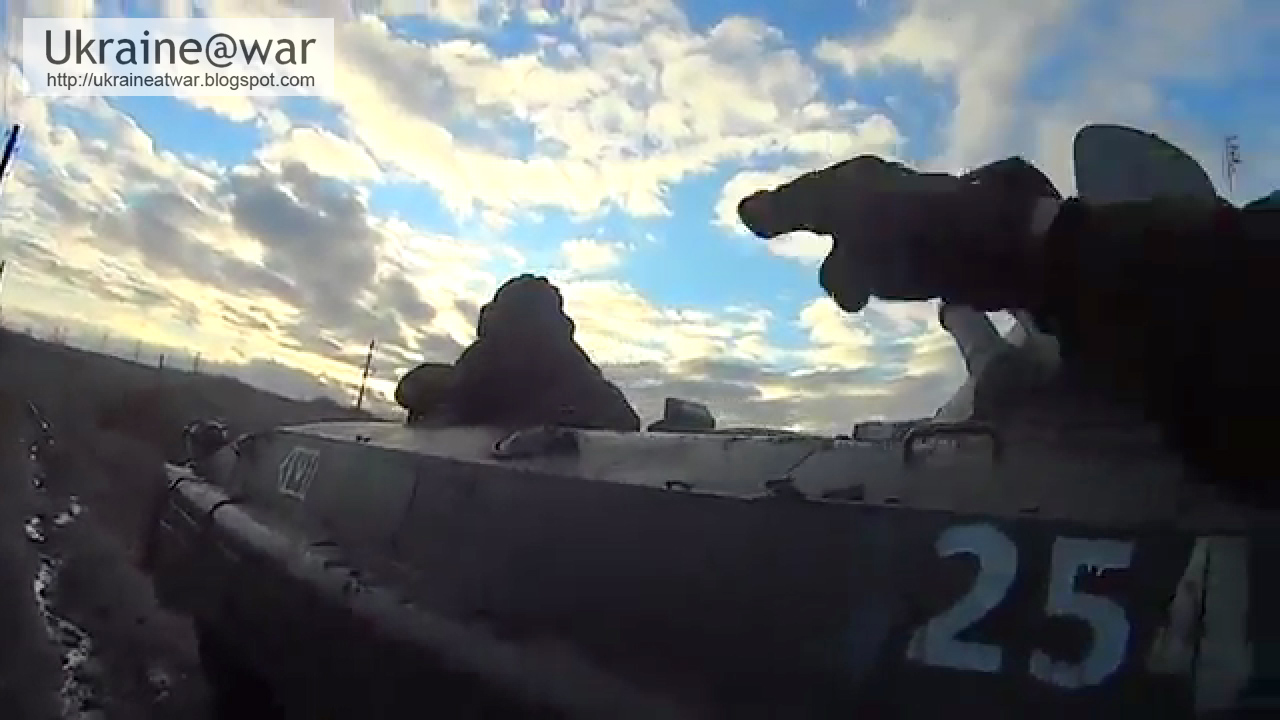 Tank driving towards the crossroad: 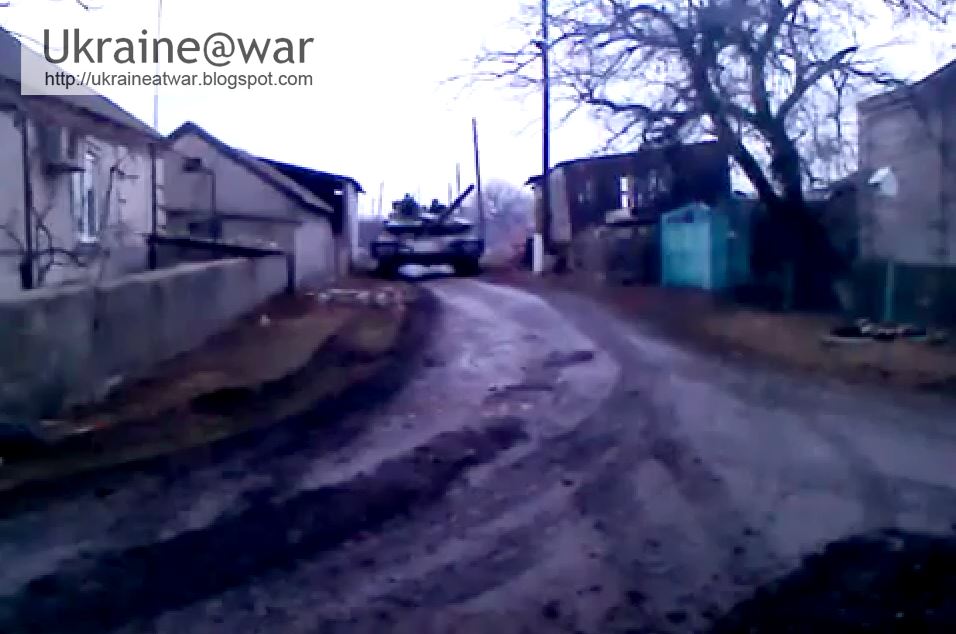 The new markings on vehicles not seen before: 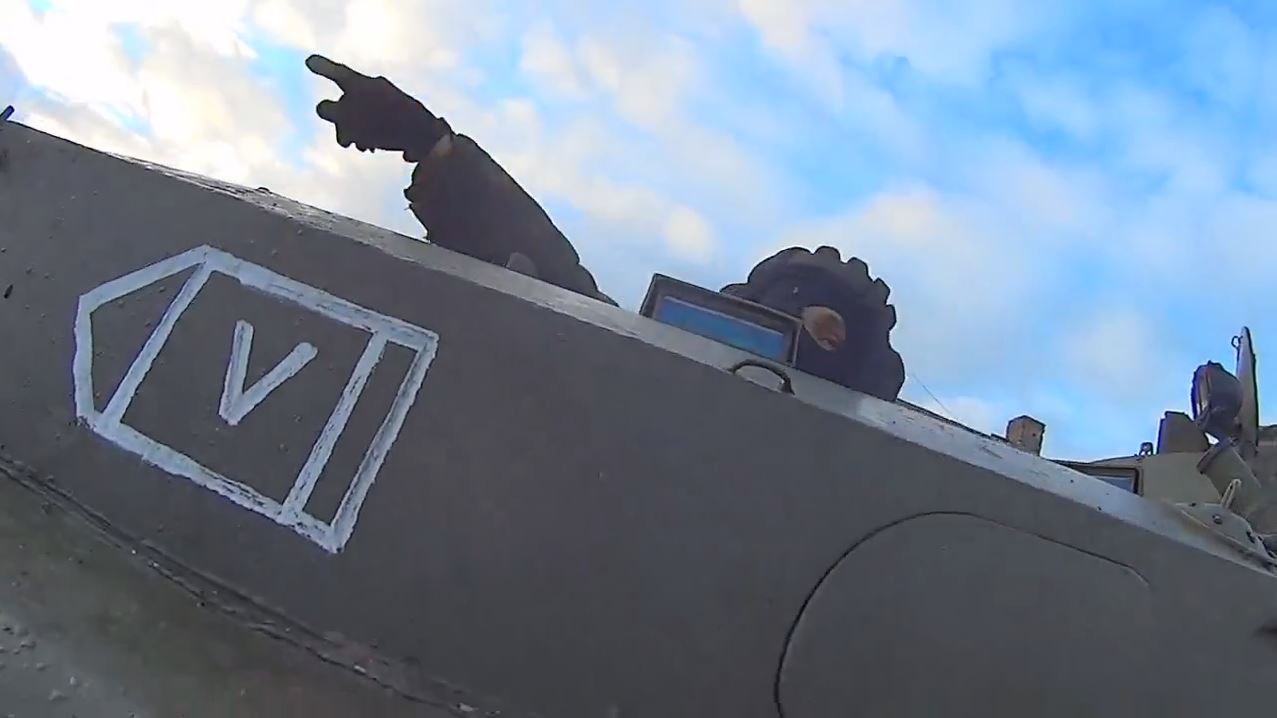 From the first video a layout of the crossing and buildings there can be made: 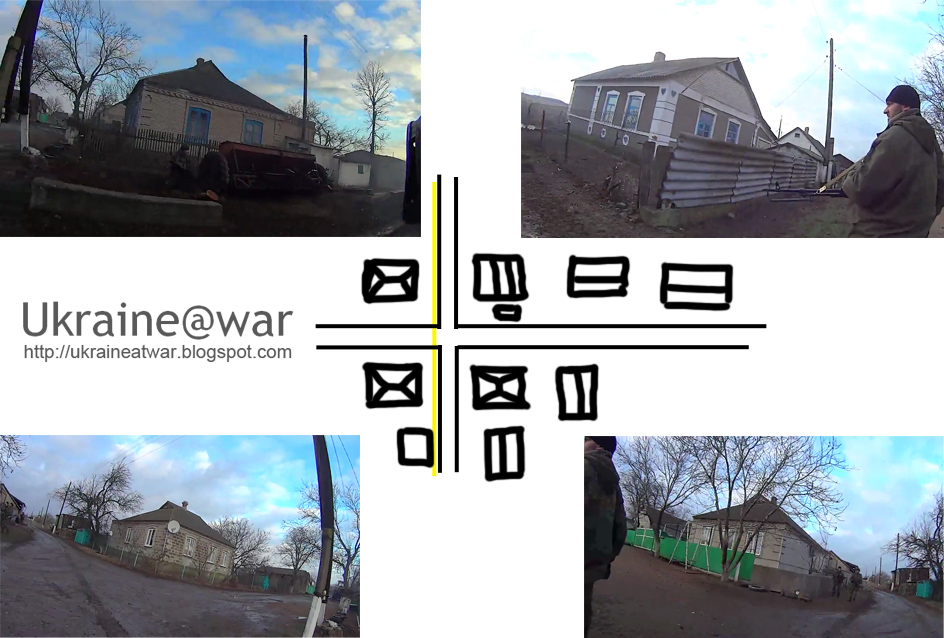 Most important pattern to look for is how the roofs are positioned towards each other, like this (180 degrees turned compared to previous drawing): 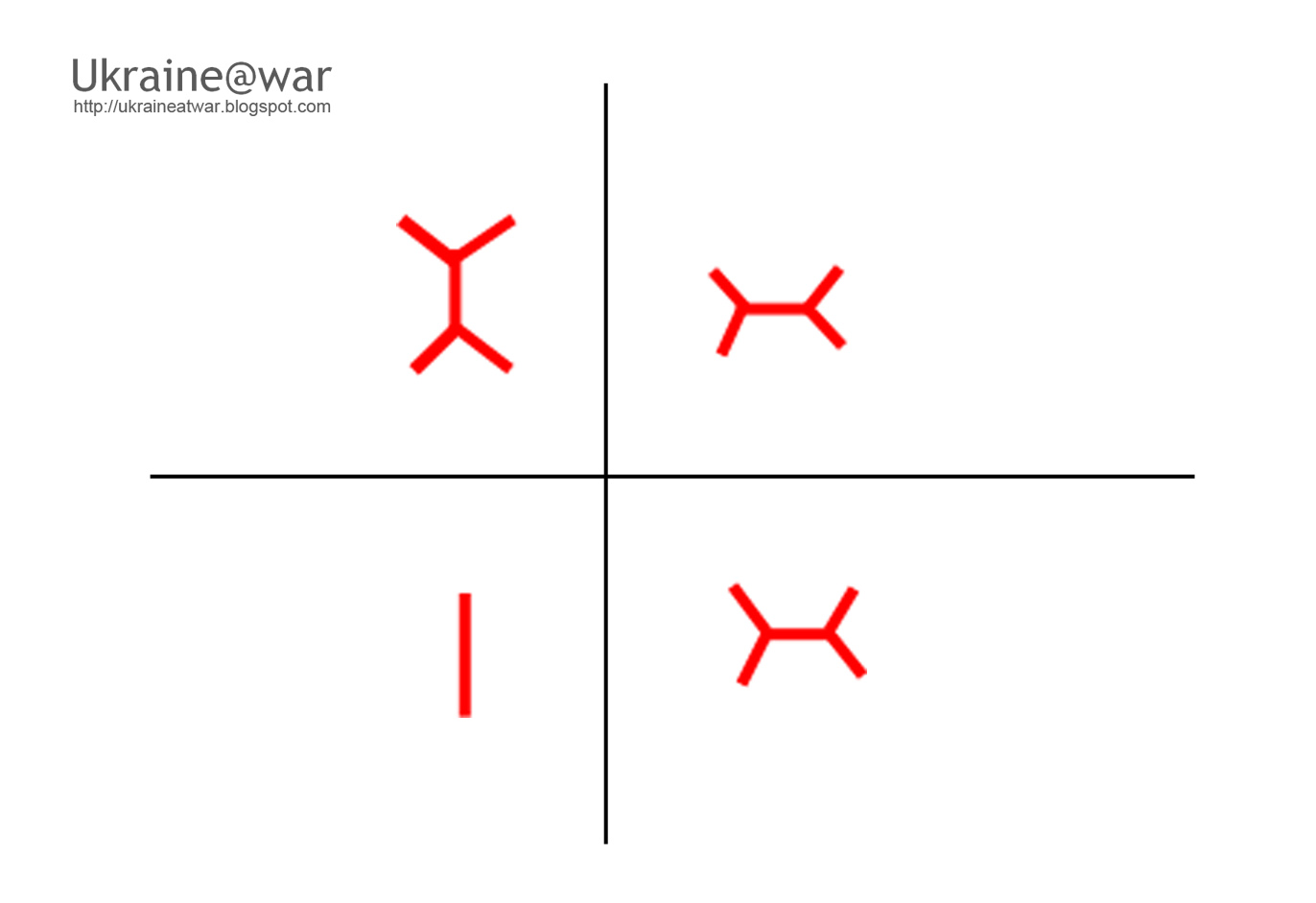 Three out of the four roofs have the typical angled structure found in Ukrainian villages. The fourth is more straightforward.

This pattern can (only! and exactly) be found here: 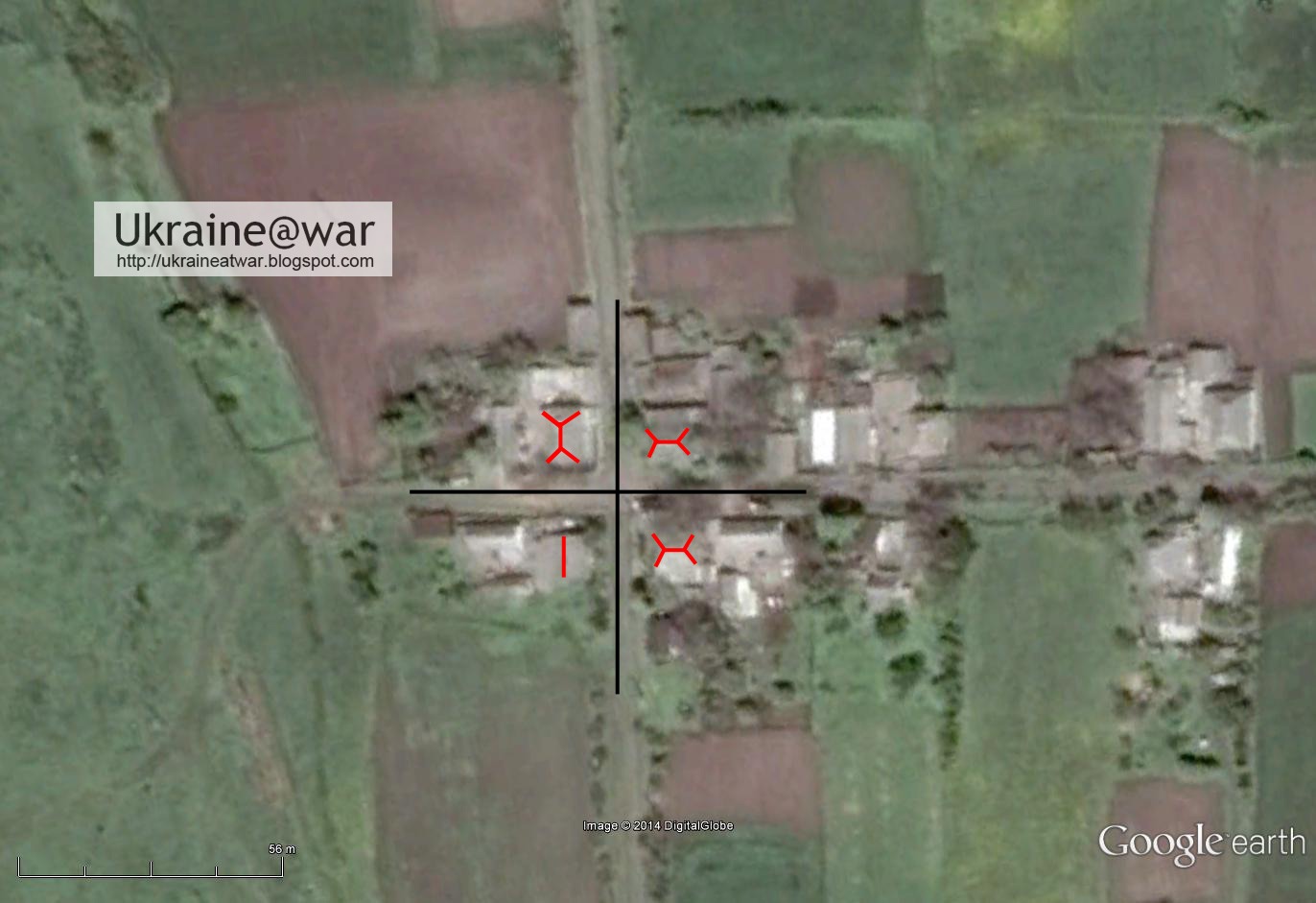 But everything else, like trees, other houses and shacks match too: 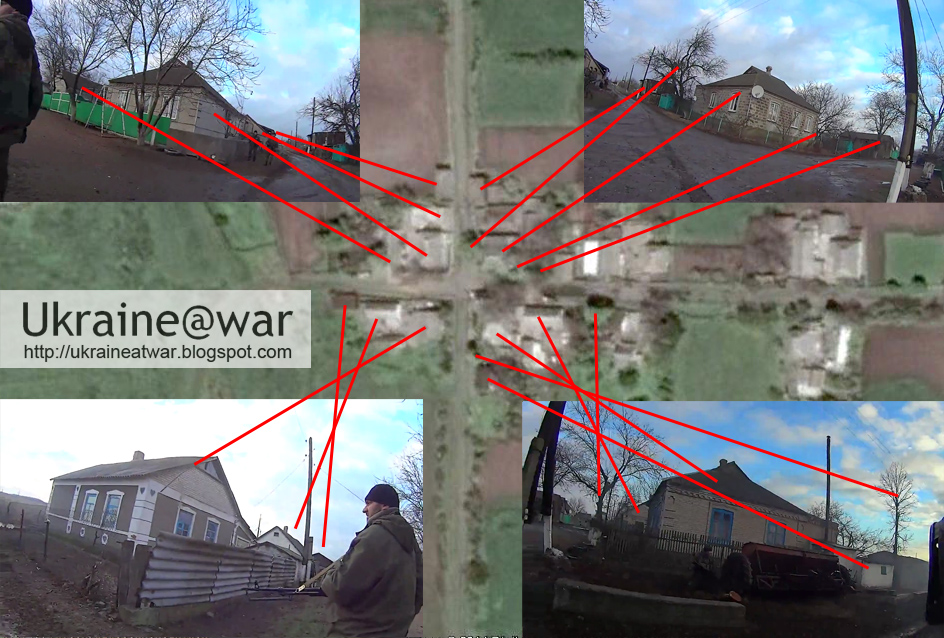 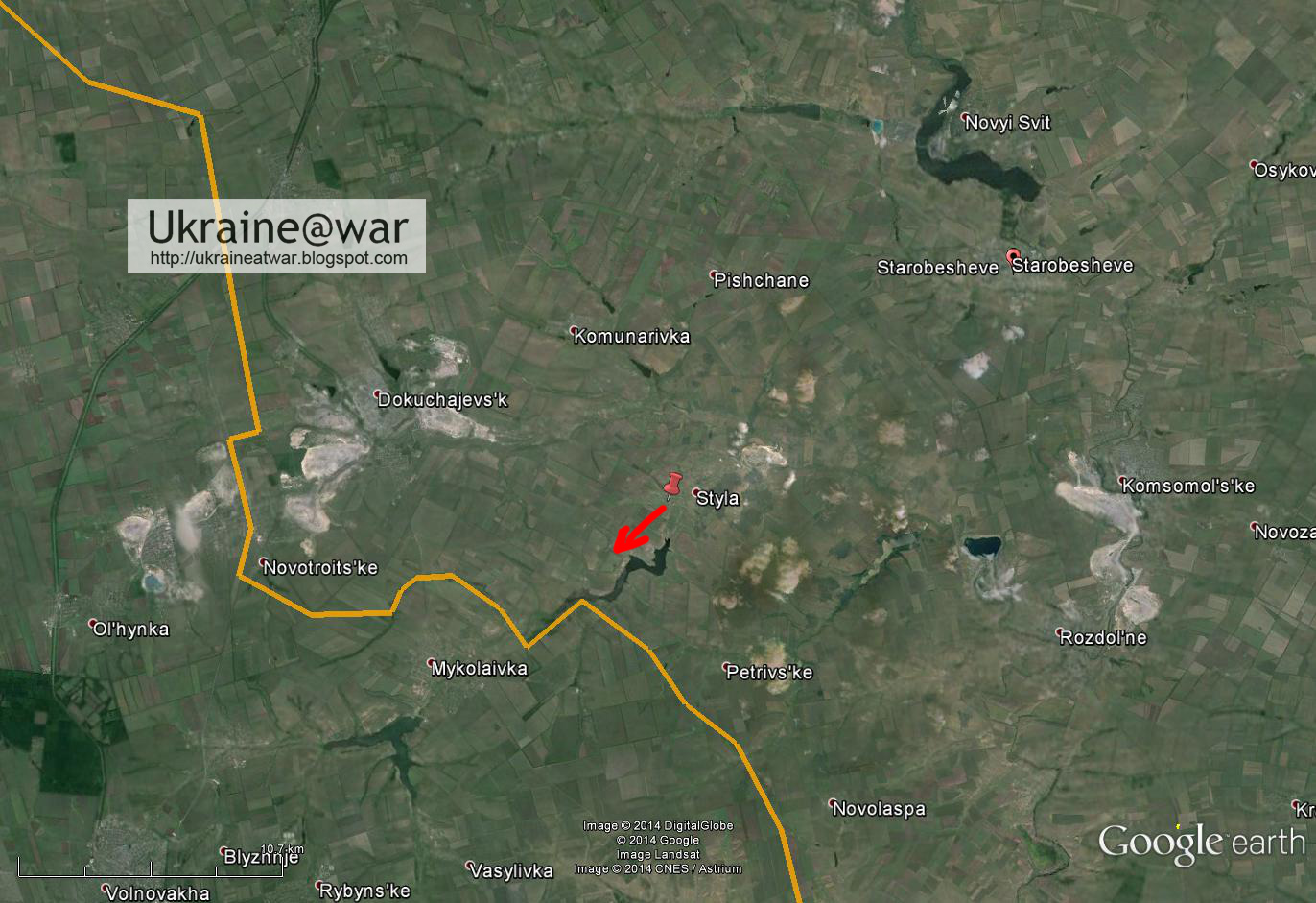 Red arrow = direction they are shooting to.

Conclusion
Clearly the Russians are not interested in peace or cease fires... They fire/attack in the direction of Ukrainian positions whenever they feel the opportunity is right. Thus breaking the Minsk agreements or trying to provoke Ukraine to fire back.

But DO remember this: these FOUR videos from the same event are filmed and published by the Russian themselves! Either they are dead stupid, or they WANT us to know they do this...