Desperate Russians try every single remote option to avoid the inevitable: that they have to admit that they shot down MH17 with their own BUK.

So the latest fashion is to claim that it was Ukrainian BUK 312 that shot MH17 down. This implies it must have been stolen, because the launch location is known and that area was and still is in Russian control.

No do the numbers of the MH17 BUK, the Russian BUK that bellingcat found and Ukrainian BUKs match in any way:

This should be sufficient actually, but nevertheless, I will address the other issues here as well.

First there is this photo of UA BUK 312 on a white trailer, that resembles the white truck that transported the Russian BUK: 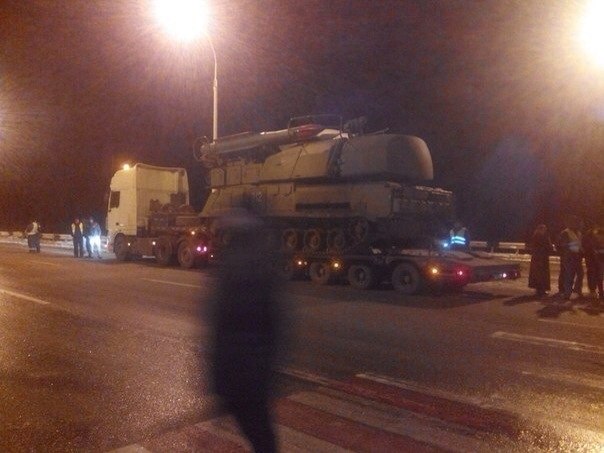 These photos are from an incident in March 2014 as is reported (for instance) on this VK-site. 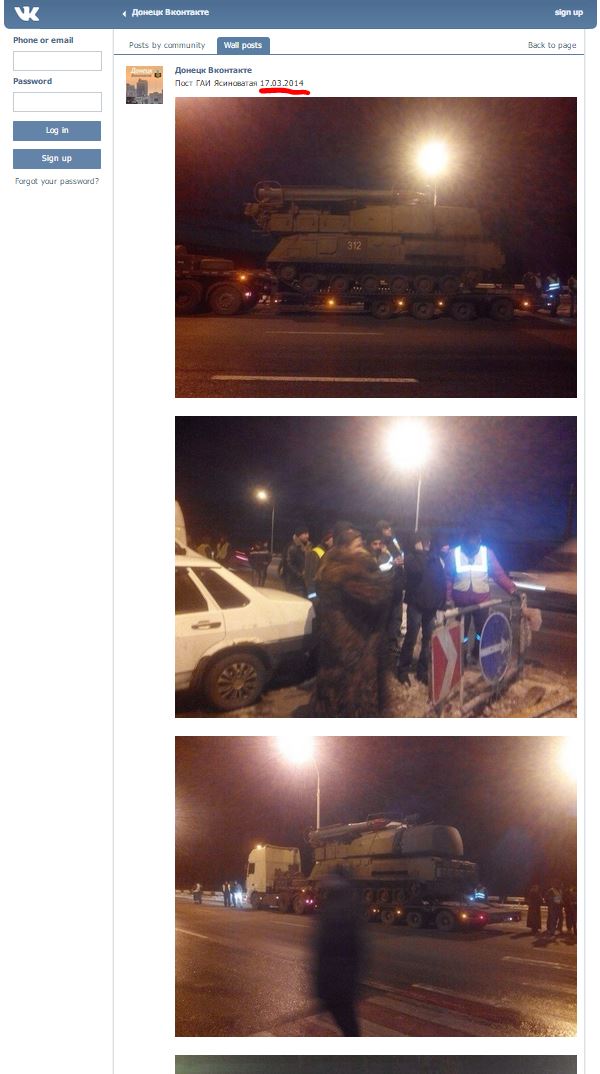 The truck may APPEAR similar, but it definitely is NOT the same truck.
These photos are therefore UNRELATED to the MH17 incident.

More photos of that incident:


Kramatorsk Airfield
A couple of days ago this photo of UA BUK 312 was discovered on the Russian owned social network VK: 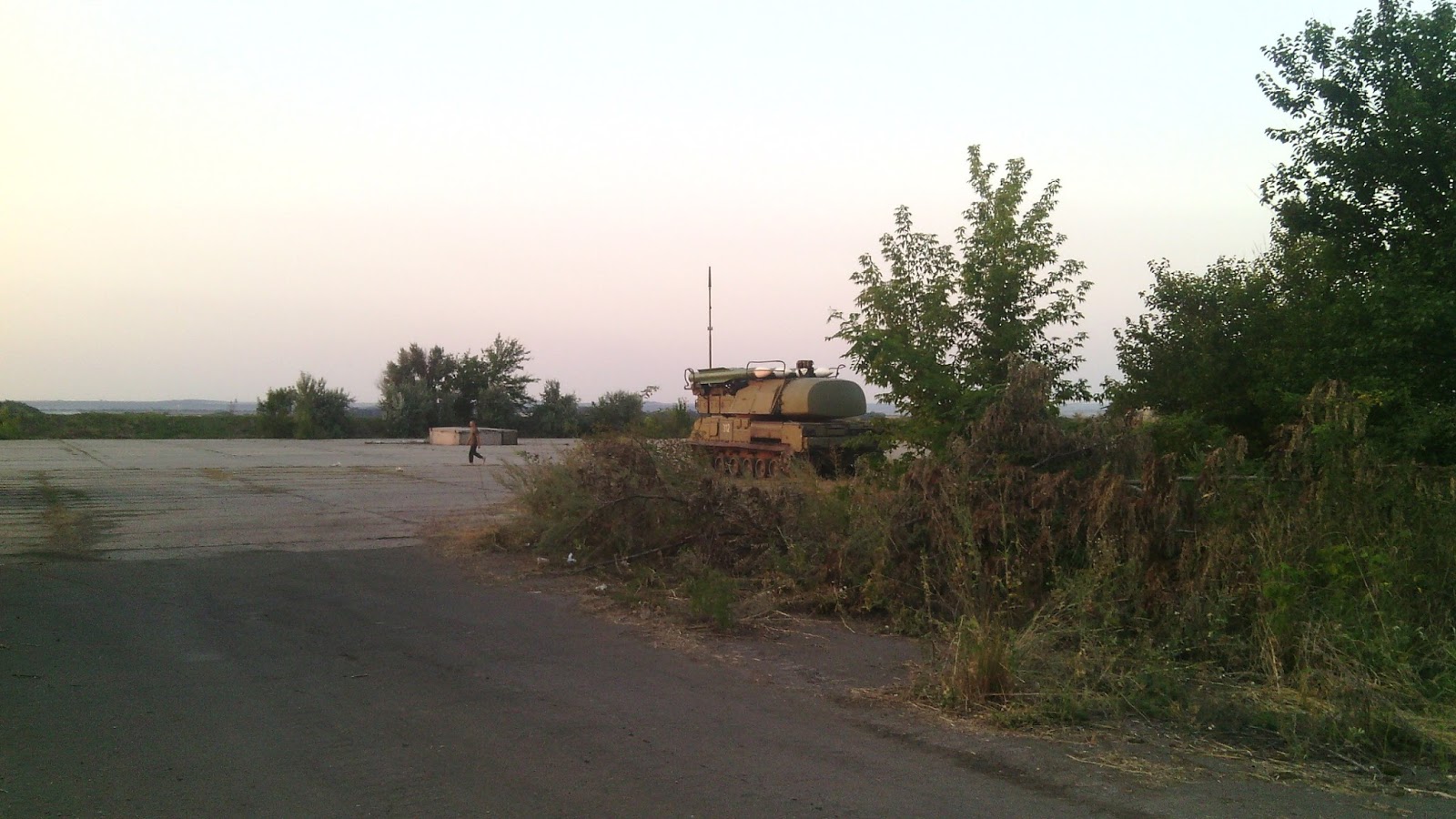 Due to the publicity it got, it has already been removed (by the Russian FSB of course)! This fact alone proofs that Russia is guilty and actively trying to hide or blur it's own involvement.
Yet, even though the photo has been removed from the album, it is still on the VK-servers. And a direct link to it still reveals it.

This is a screenshot of the photo in the album (note the date): 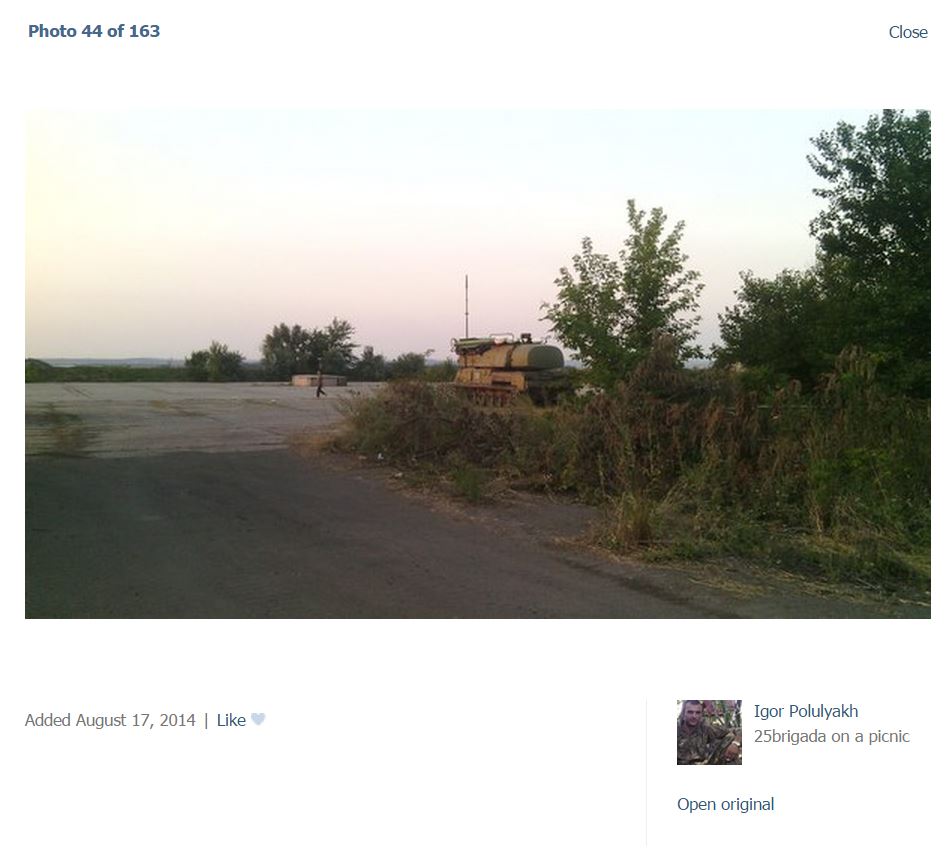 The upload date is August 17th. Which means the photo must have been taken on or before that date.

This is another similar photo from the same location showing a BUK radar (the other one is a TELAR), which has also been removed: 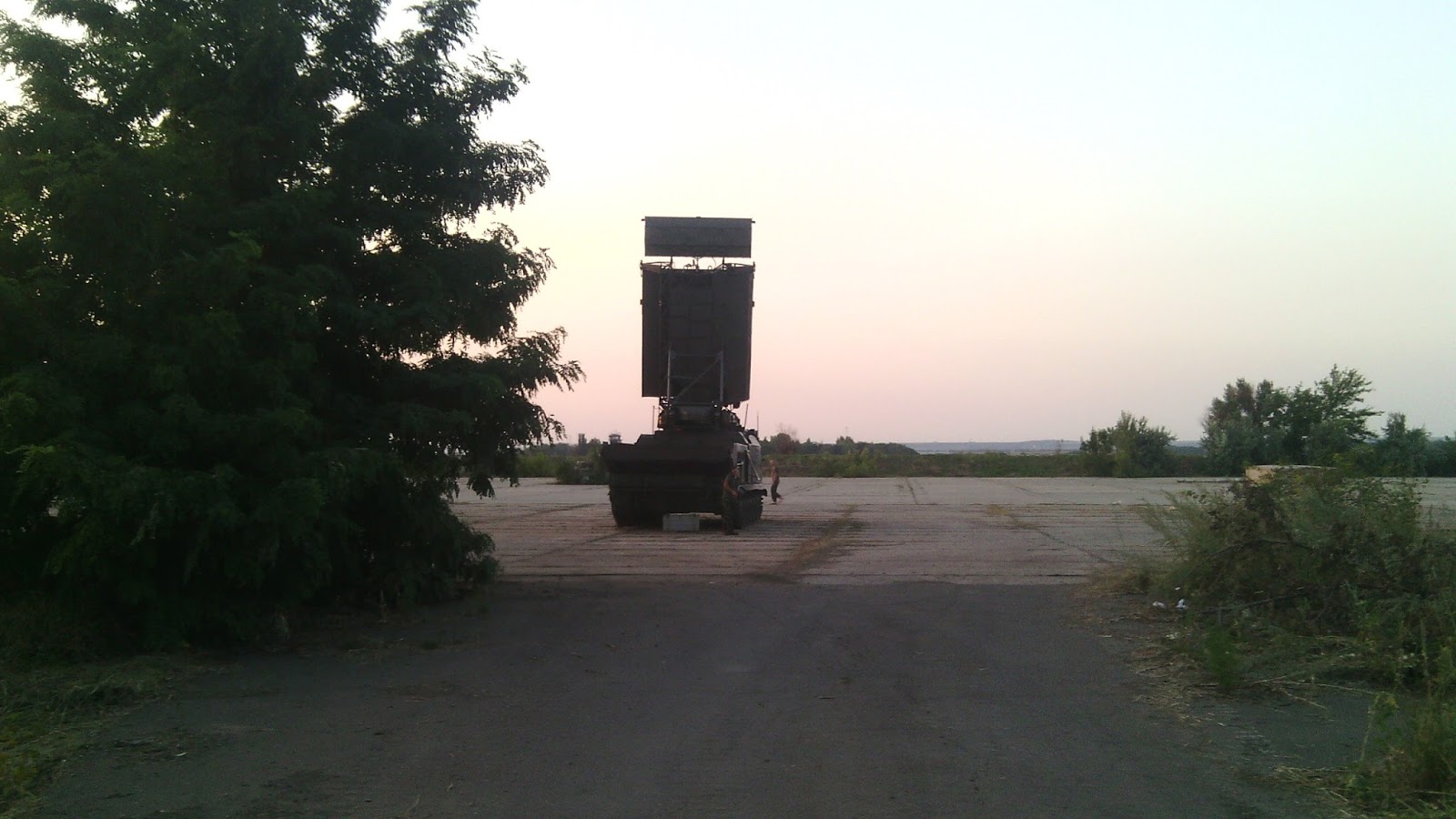 As can be seen it is from the same date: 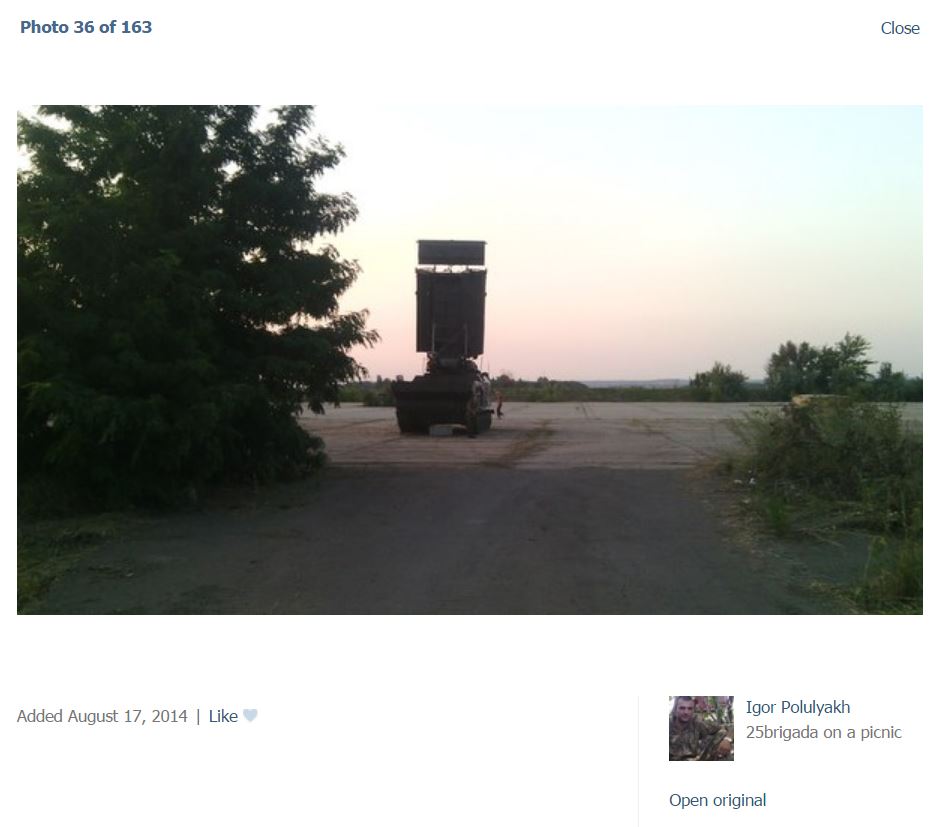 It is shot from almost the same position with the camera turned to the left.

The Ukrainian soldier who posted these photos has an album with a lot of photos showing his involvement in the army. He has visited several locations in the conflict area, as indicated by some geotagged photos.
There is a whole bunch of Aug. 17th photos. It looks like he took the photos earlier on several locations and he uploaded them on that date when he had time and a (good) internet connection.
Thus, likely the BUK photo has been taken earlier than the upload date.

On this blog it is suggested that both BUK photos may have been taken on Kramatorsk airport.
When we investigate this suggestion, we can confirm beyond any reasonable doubt that this is the correct location.
This is the camera position and the field of view: 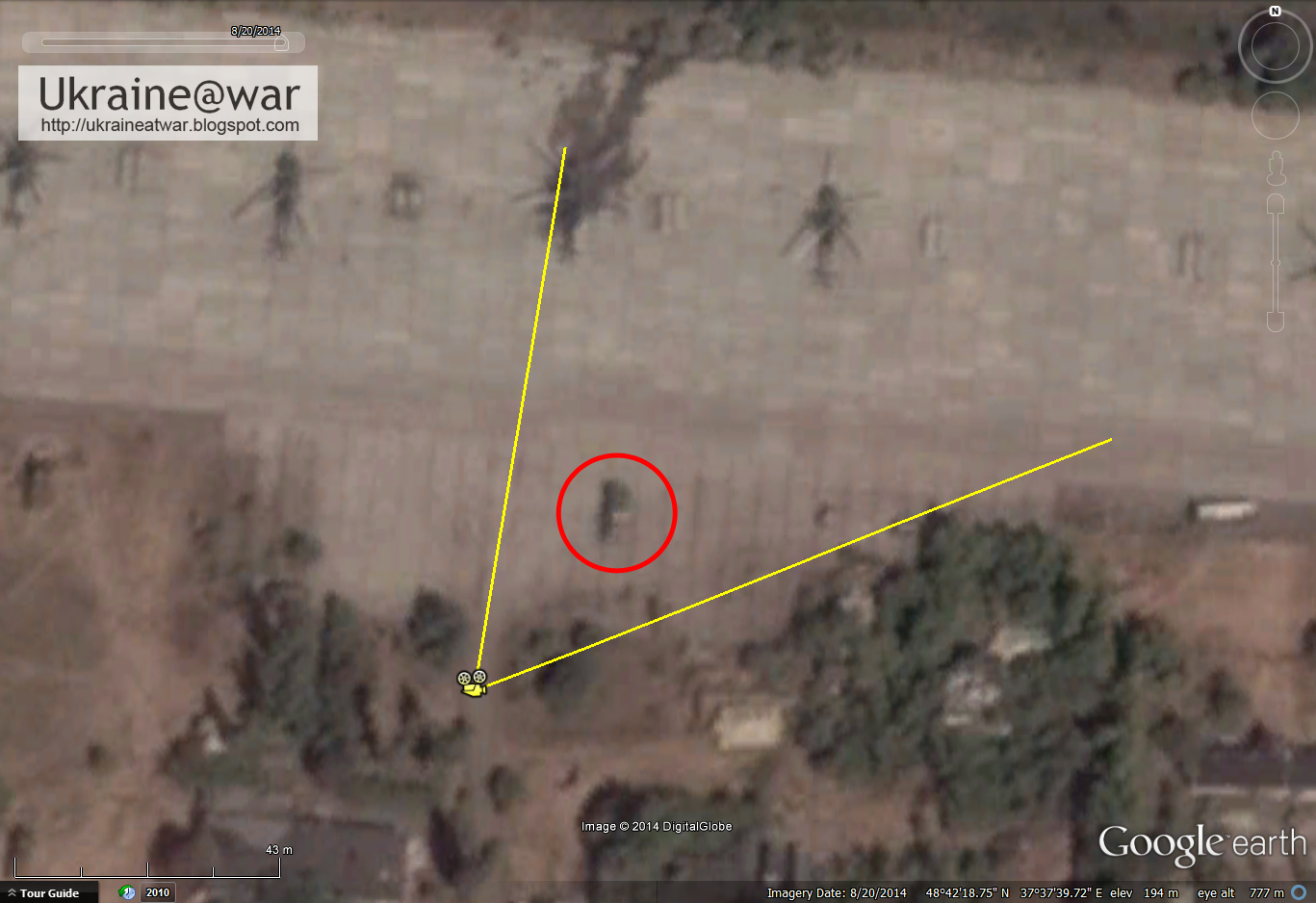 Amazing is that on the August 20th satellite image the BUK is at exactly the position as in the photo!
These are all the matching elements (besides the BUK): 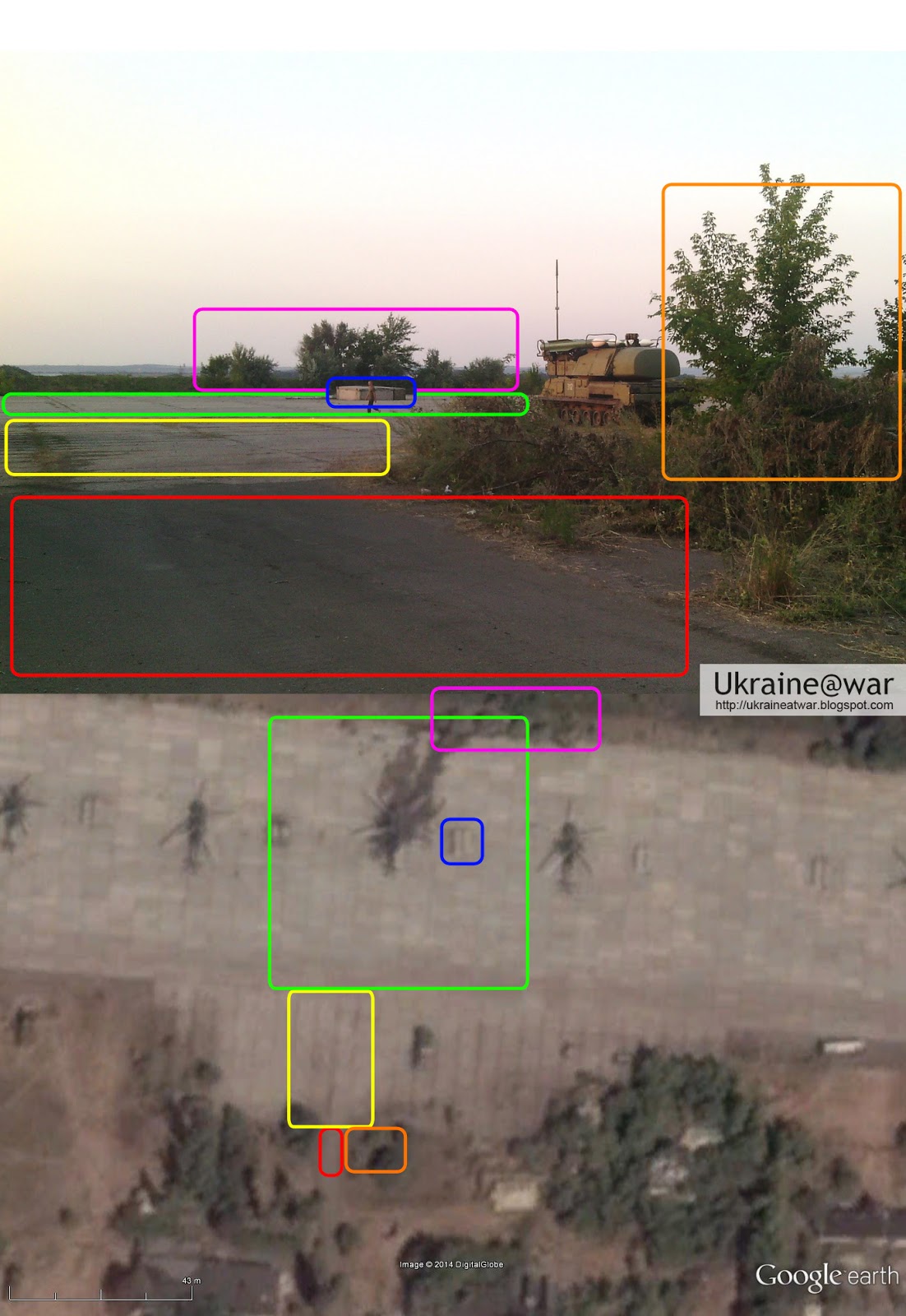 The only thing that does not match are the helicopters. But comparing several dates of satellite images show that the helicopters have different positions every date. It means that they are being used and go and come back to their positions. 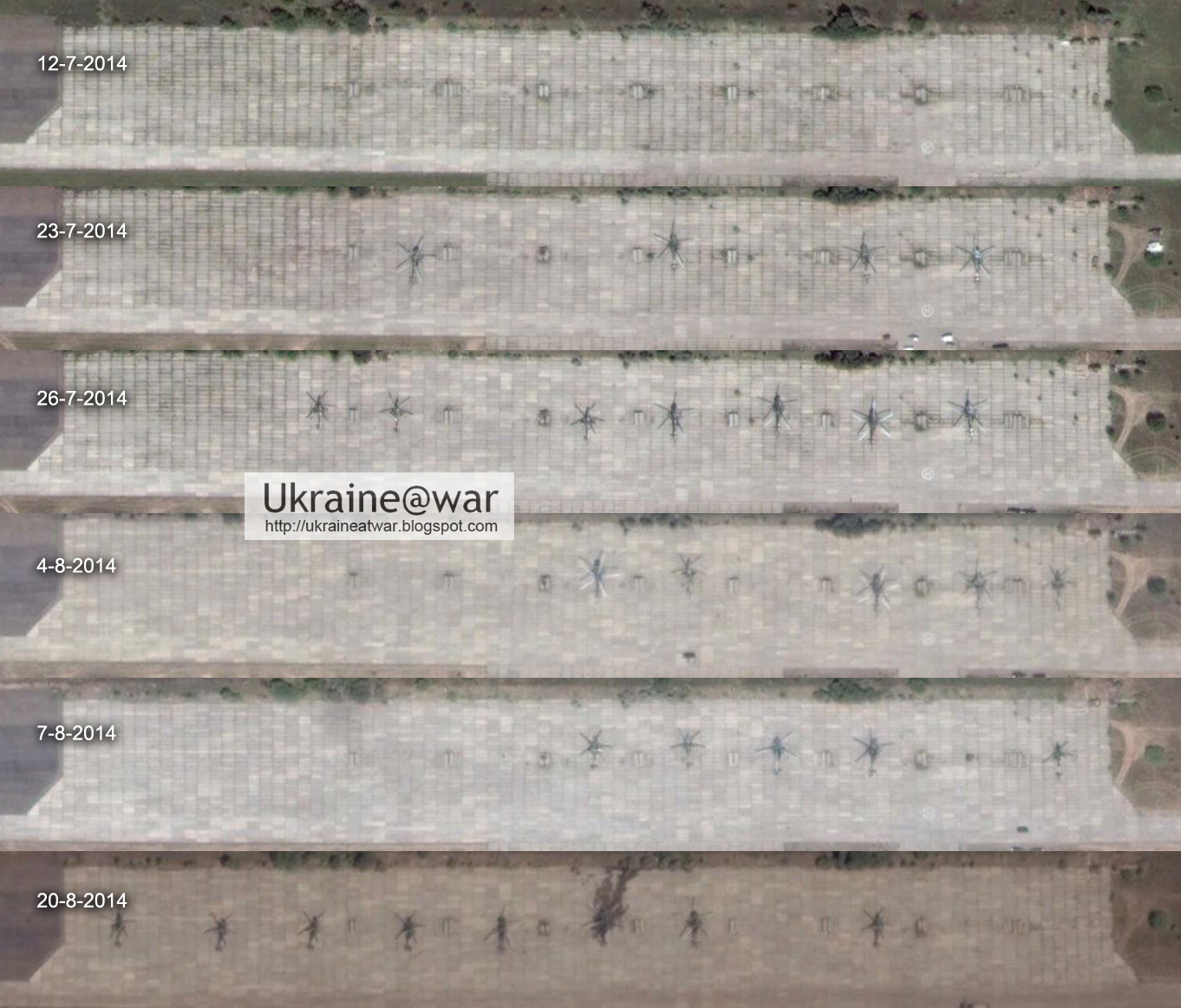 Thus the photos have been taken when the helicopters where away on flights.


Eliot Higgins pointed out that the air control tower is visible in the photo with the radar:


@DajeyPetros Not sure if you saw it, but in the Buk 312 radar picture you can just make out what I think is an air control tower
— Eliot Higgins (@EliotHiggins) January 5, 2015

Here you can see it: 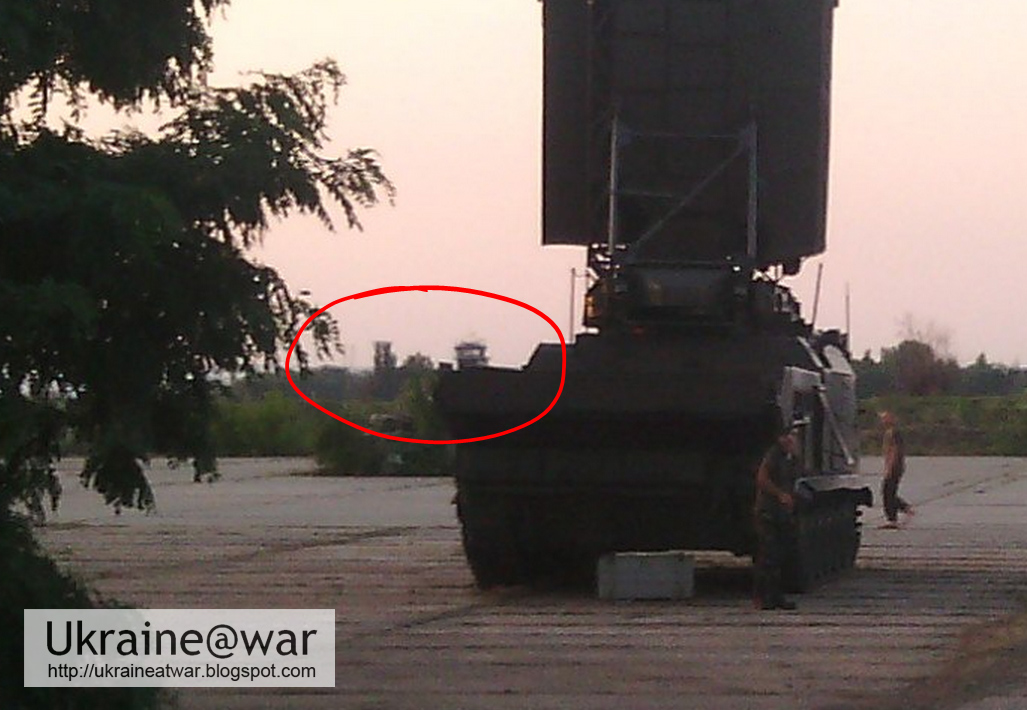 This Panoramio photo shows the control tower and antenna next to it: 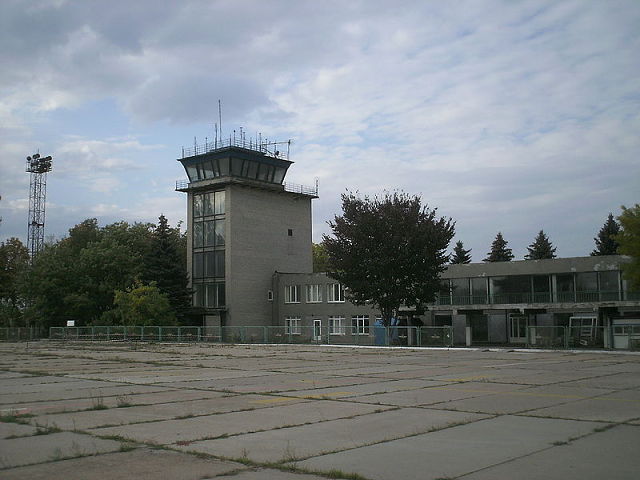 More proof that the location is absolutely correct.


On this July 26th image the BUK can be seen in a slightly different position: 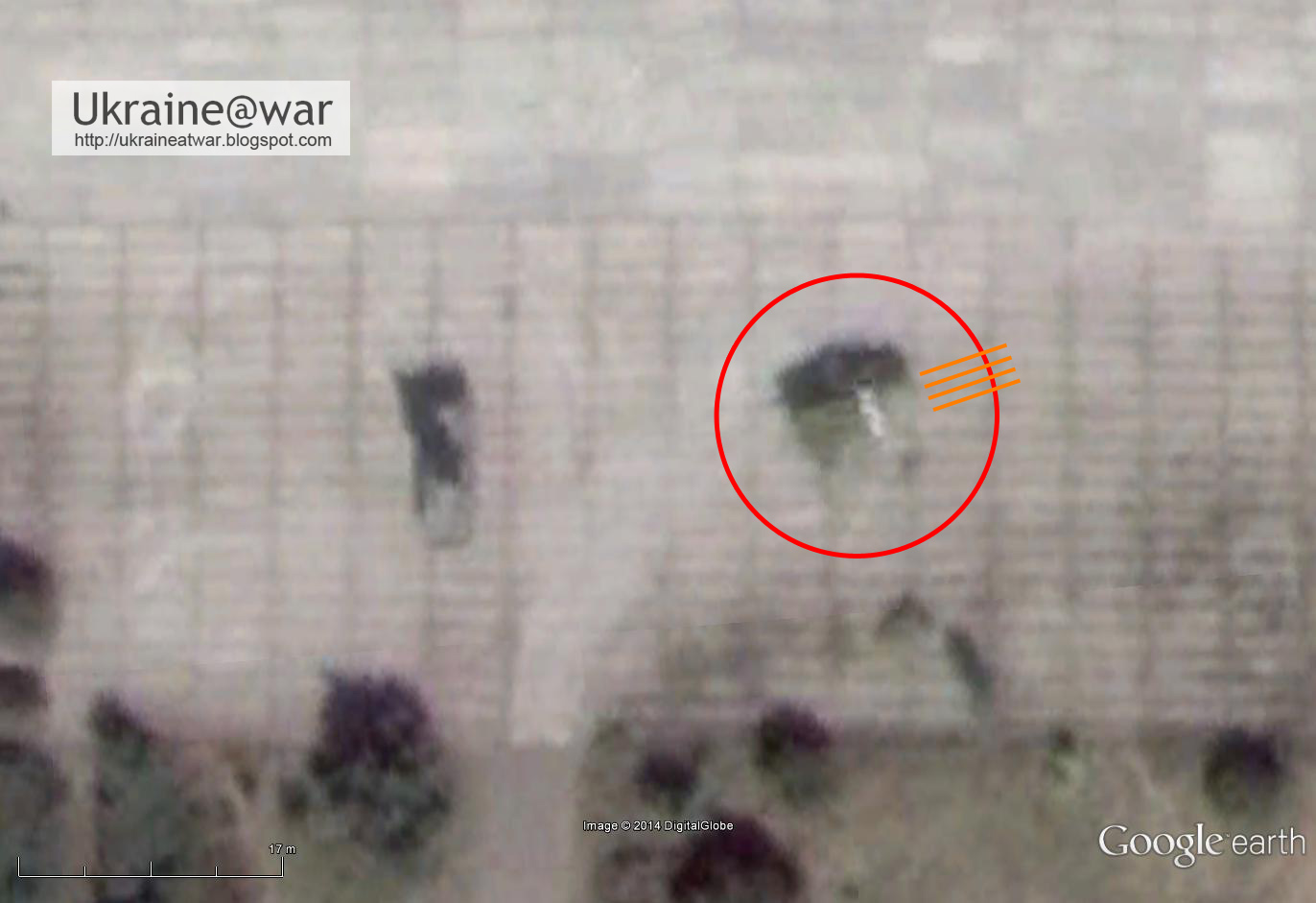 This image is of a better quality than the later one. Clearly the four white tips of the missiles can be distinguished (in line with the orange lines). Proof that this indeed is a BUK.


Eliot pointed at another photo, shot at the same location in opposite direction:


@DajeyPetros I found this photo as well, and I think this is the angle the camera is at pic.twitter.com/aj5rY8sP22
— Eliot Higgins (@EliotHiggins) January 5, 2015 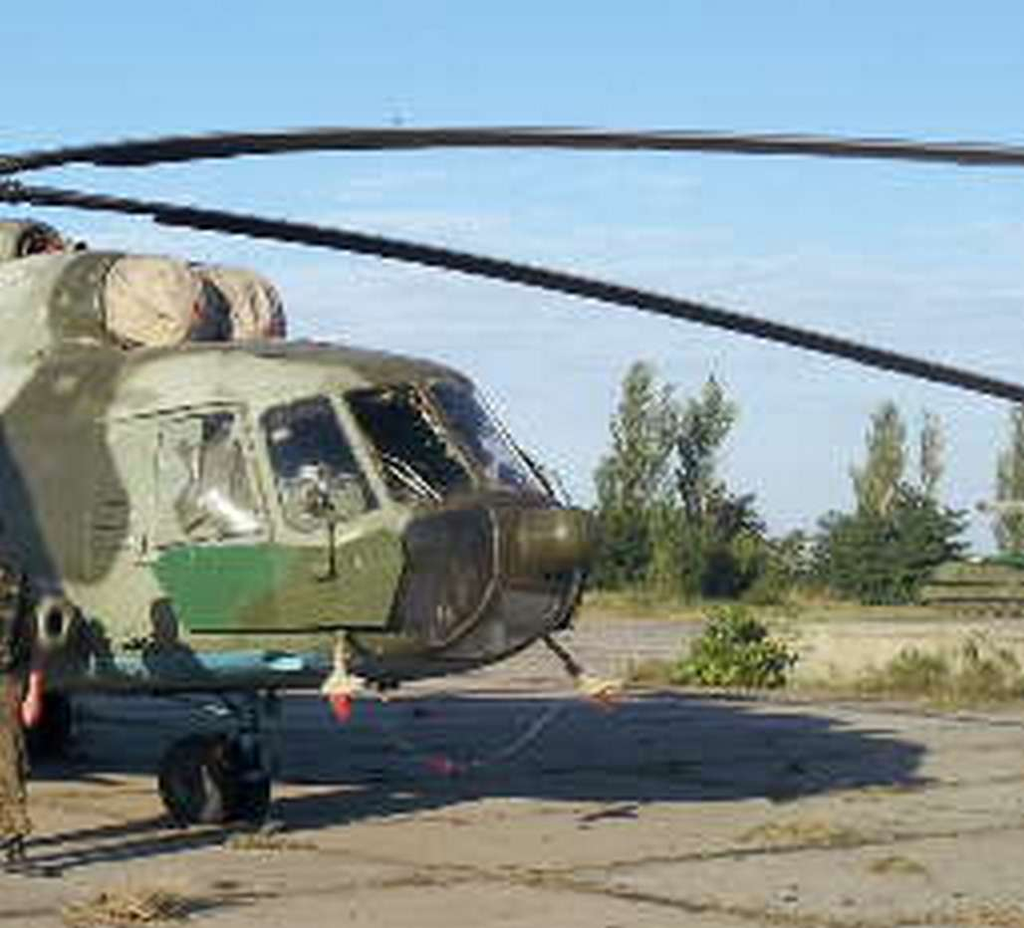 On the background at the right side the BUK is visible. This links the helicopters visible on Google Earth with the BUK.


On this August 4th satellite image both the BUK radar and the BUK TELAR can be seen in exactly those positions as on the photos: 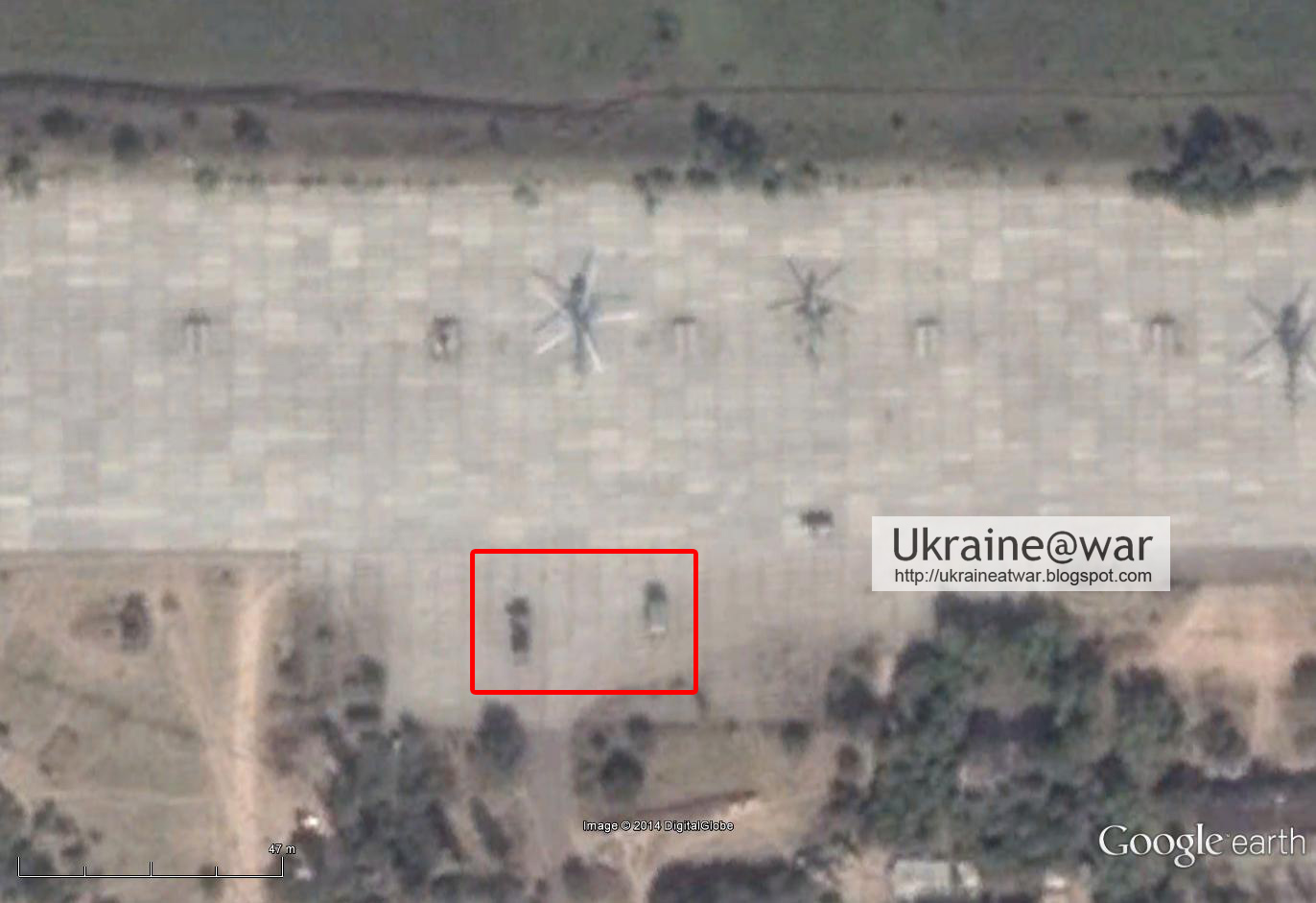 That means the photos must have been taken on or around this date.


Conclusion
UA BUK 312 has been spotted on Kramatorsk airfield beginning of August. It can already be seen there since July 23rd. That shows it was ALL THE TIME in Ukrainian possession and control.
So all suggestions from the Russians that this Ukrainian BUK may have shot down MH17 are just absolete.
They will have to come up with something new again. (Or just admit the truth of course...)

Or maybe we just ignore their nonsense anyhow, because it does not even deserve our attention?