The American Association of Advanced Science (AAAS) had published a report in June 2014 about Russian camps near the Ukrainian border, with the title "Satellite Imagery Assessment of the Crisis in Ukraine: Part Two: Border Deployments."

You can find it here.

In this report there is also a (partial) image of the Golovinka basecamp: 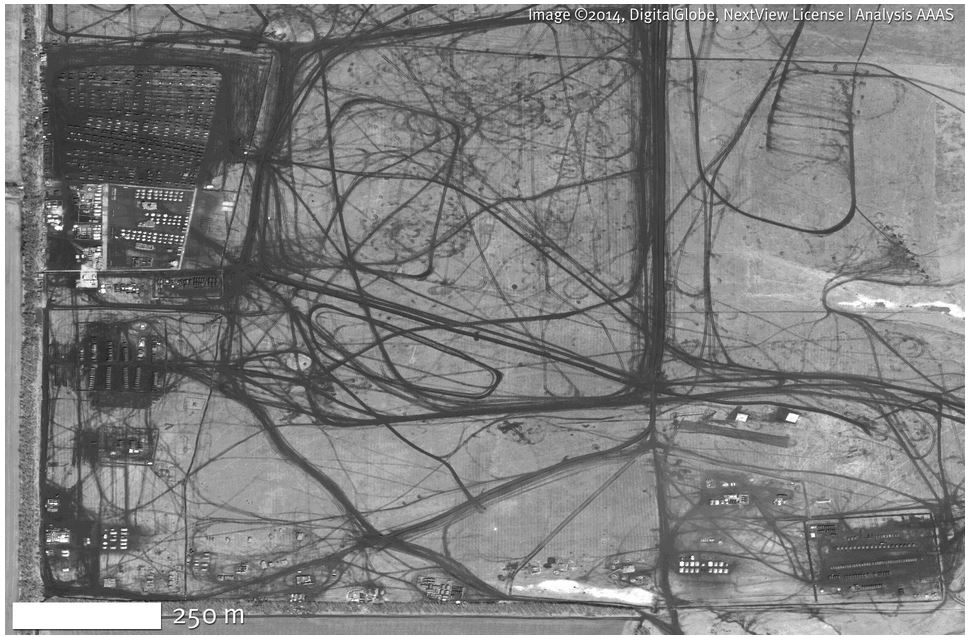 If only we had known of this report back then... :D

Anyways... This image is especially interesting, because it shows things not available on the current Google imagery of October 10th: 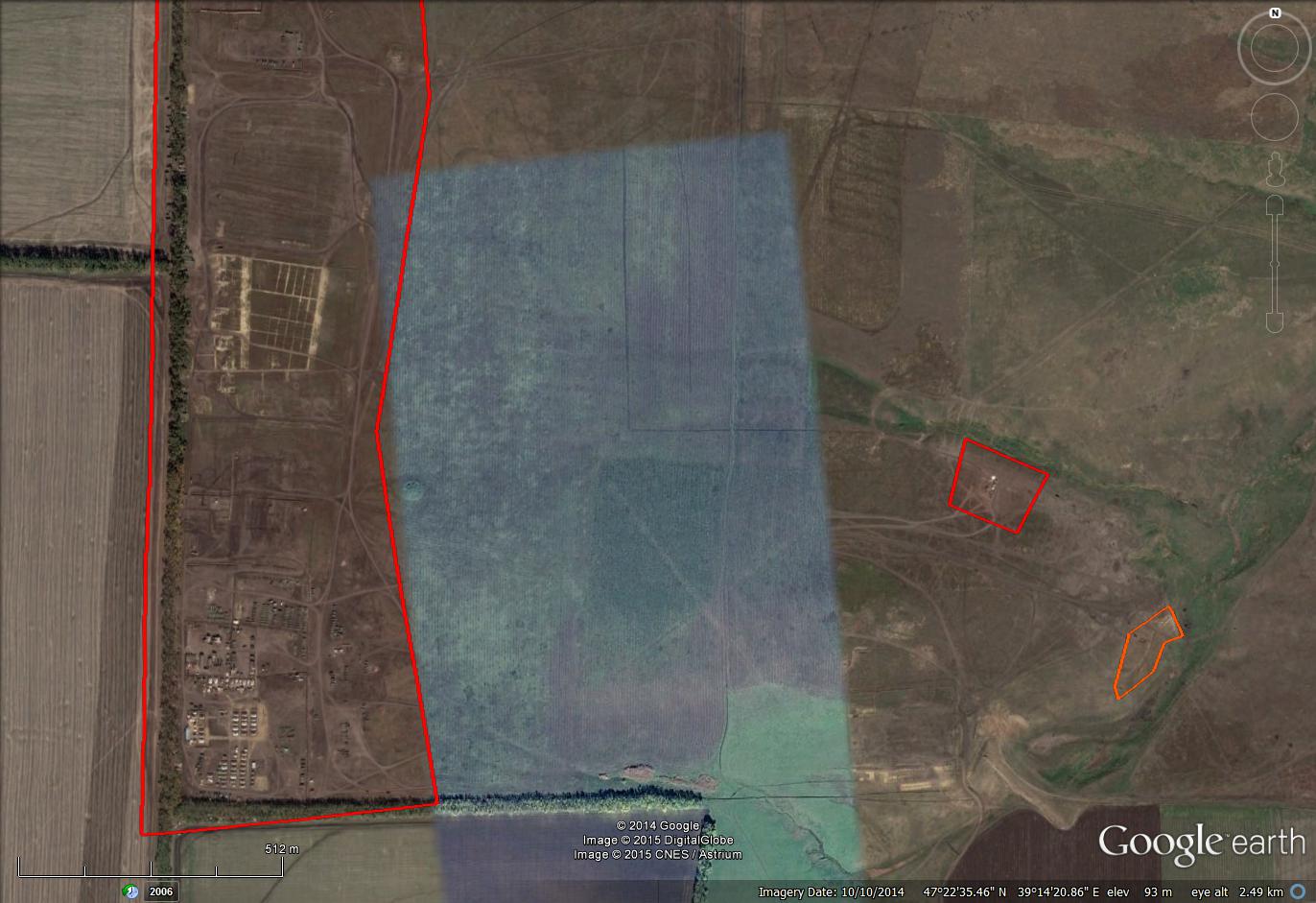 Why Google has blocked out a part like this (the greener area) is unclear, but sometimes they may cut out parts with clouds.

But also the June-image shows vehicles and a camp, abandoned on the October-image: 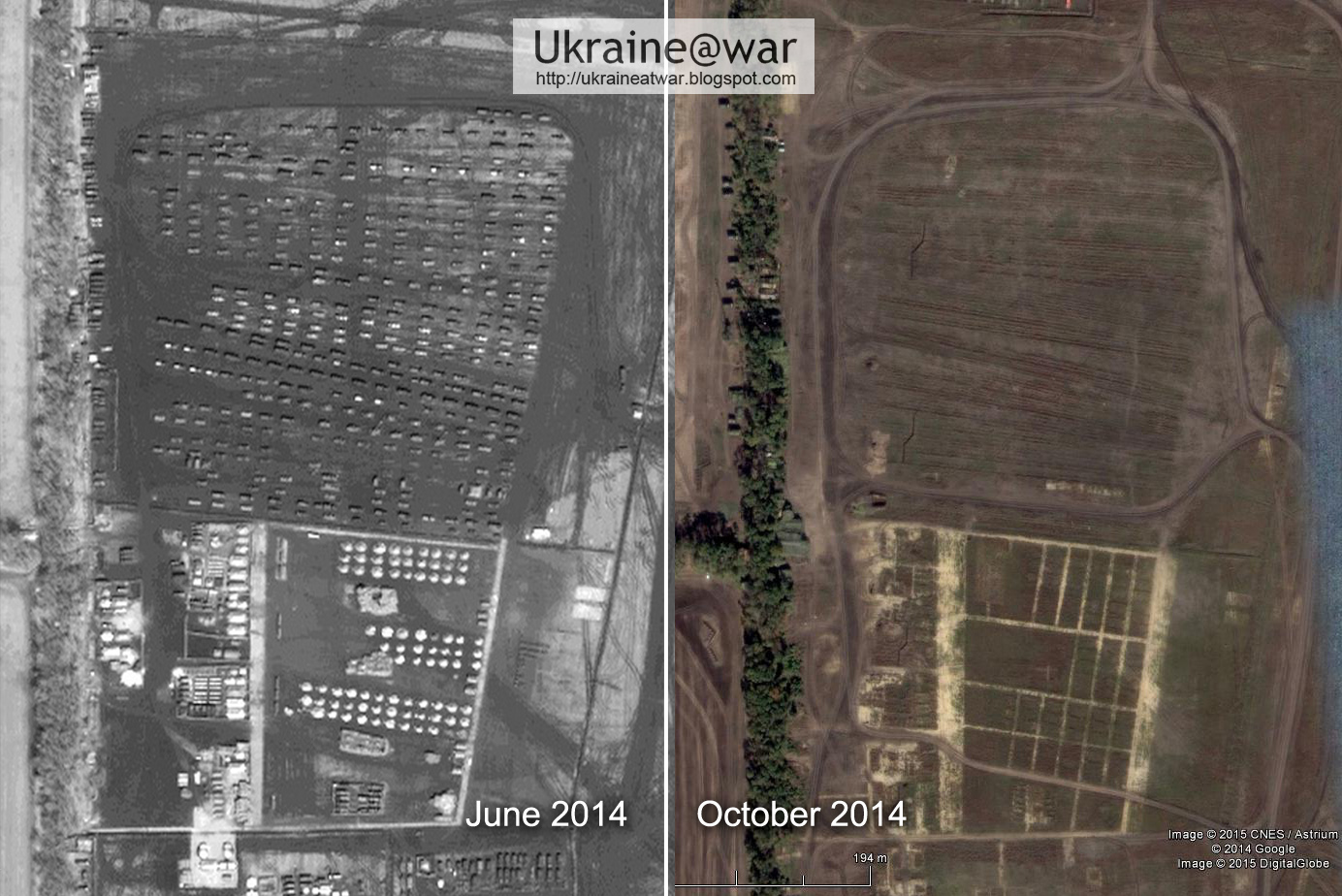 Where did they go?
To Ukraine of course...

The number of vehicles and size of this army is comparable with what could be seen in the 'invasion-video': 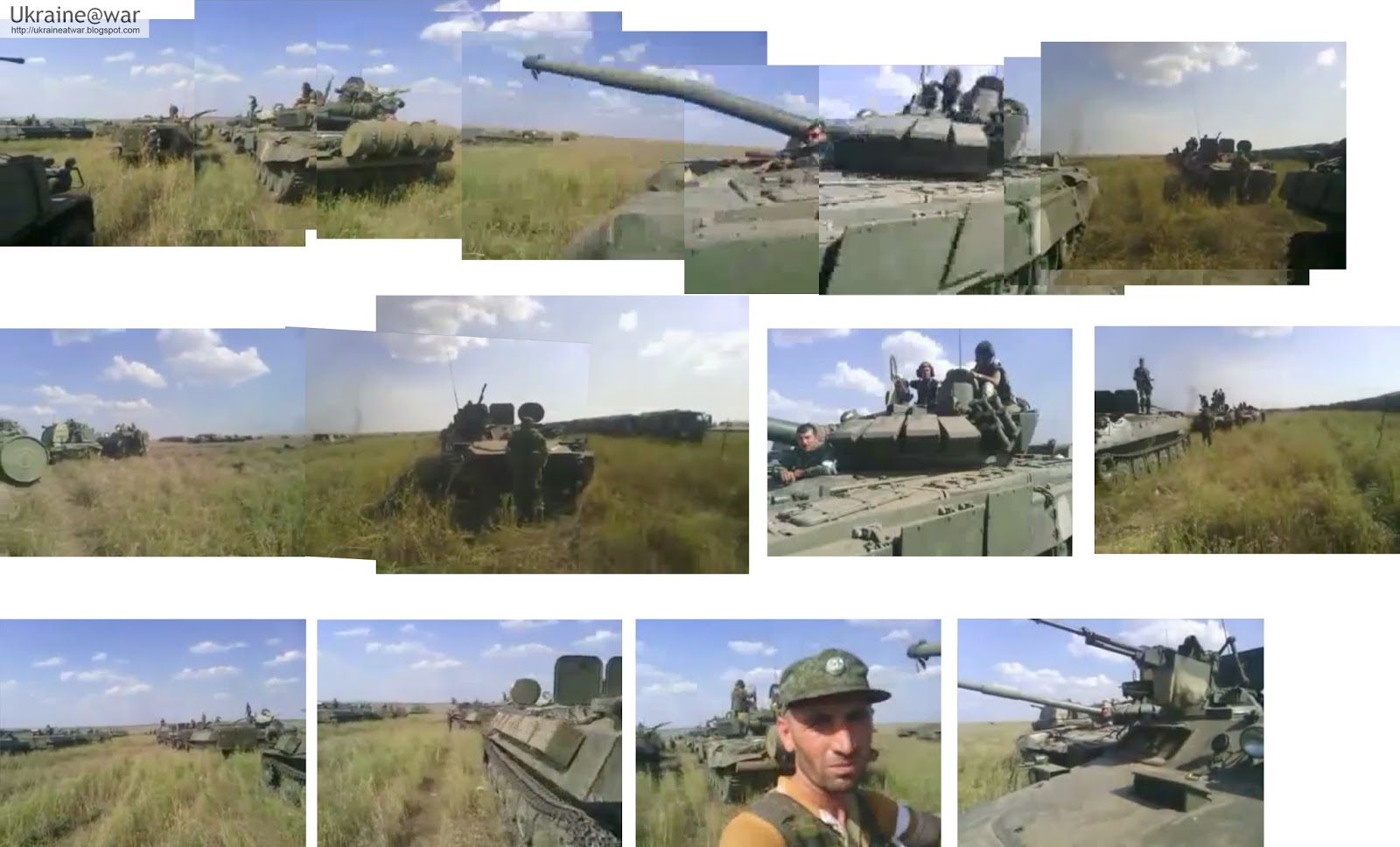 See this blog where I argue that the invasion-video likely has been filmed at the Golovinka-base.

This means that the vehicles in the June-image may actually EXACTLY be the ones seen in this video! There are 418!! vehicles in this field alone: 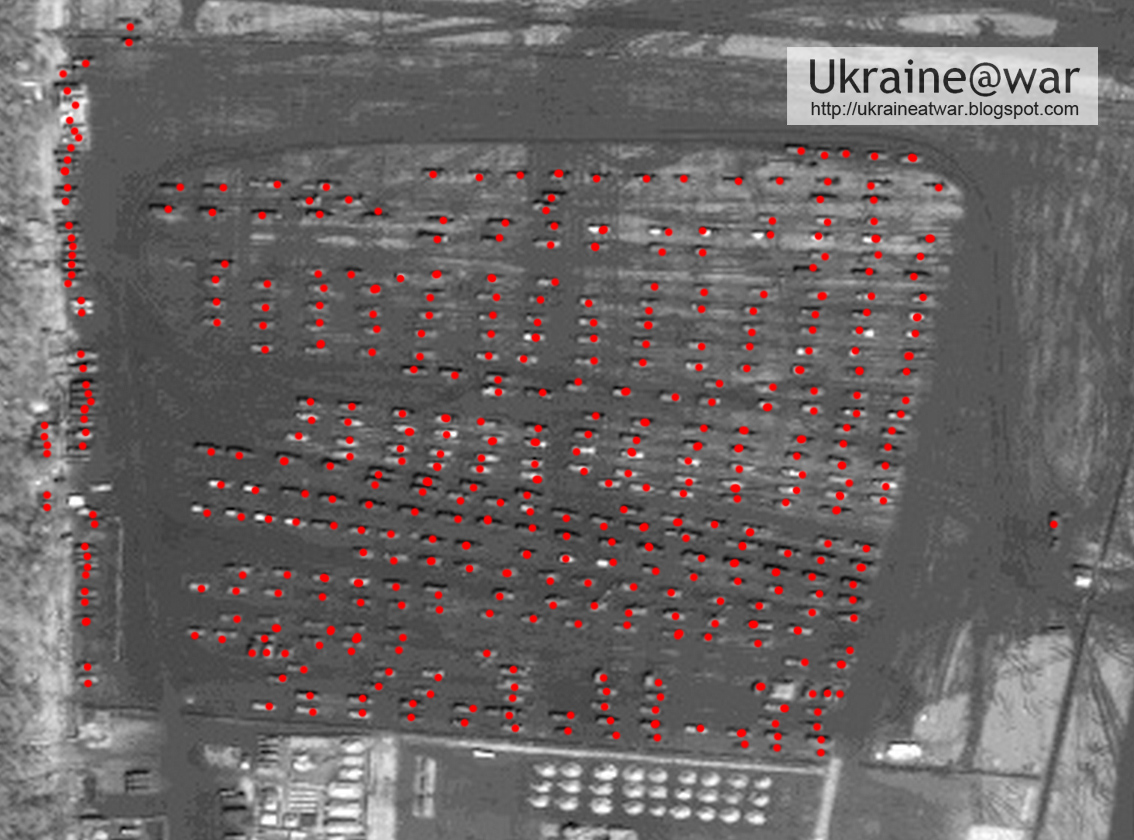