The battle for the boarder guards HQ Lugansk 3-6

A (pro)Russian rebel fires a RPG onto the border guards from a rooftop of residential buildings in Lugansk.

A screenshot when the camera is zoomed in shows the building A and B. 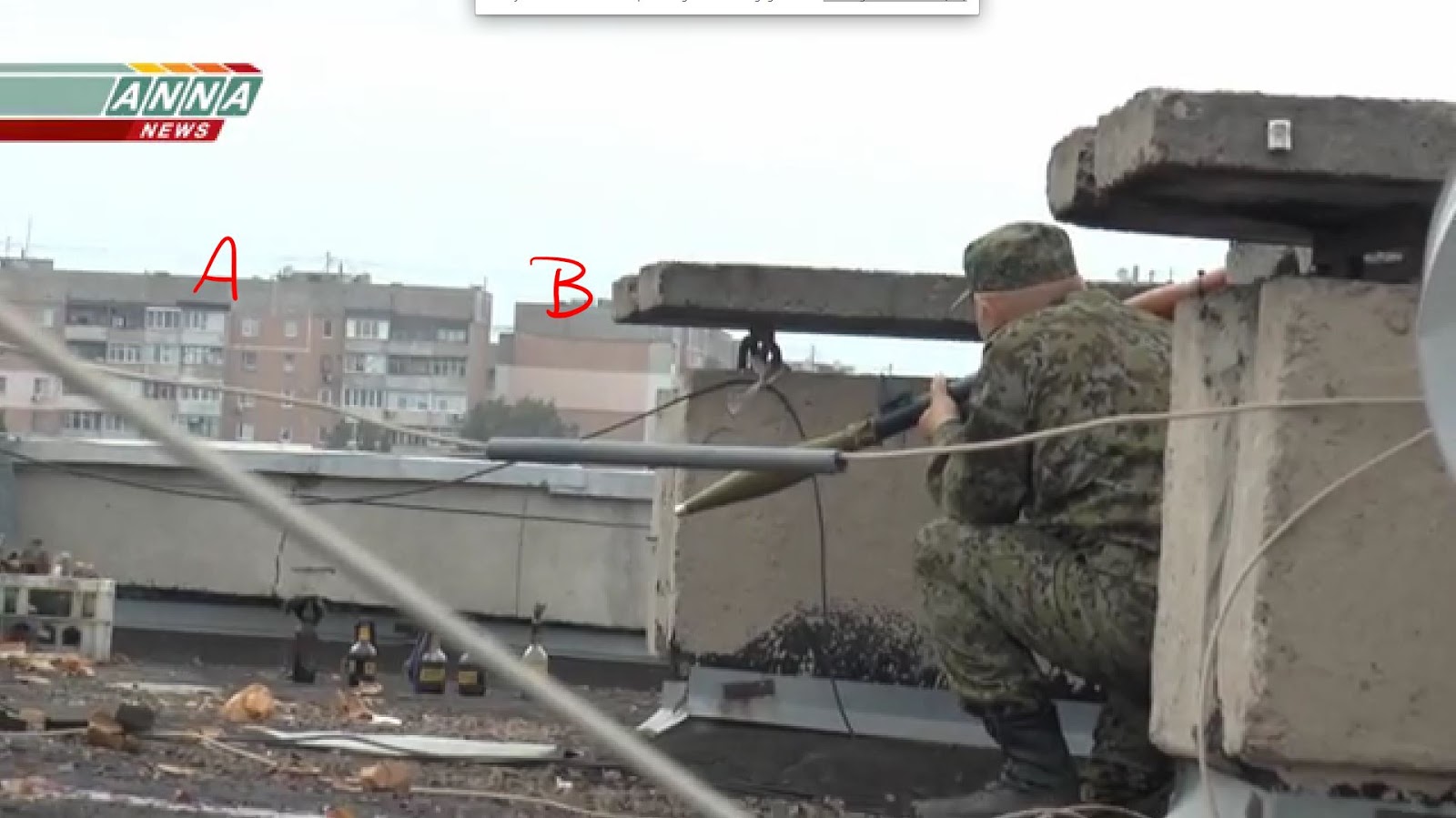 The geolocation of this attack can be seen here: 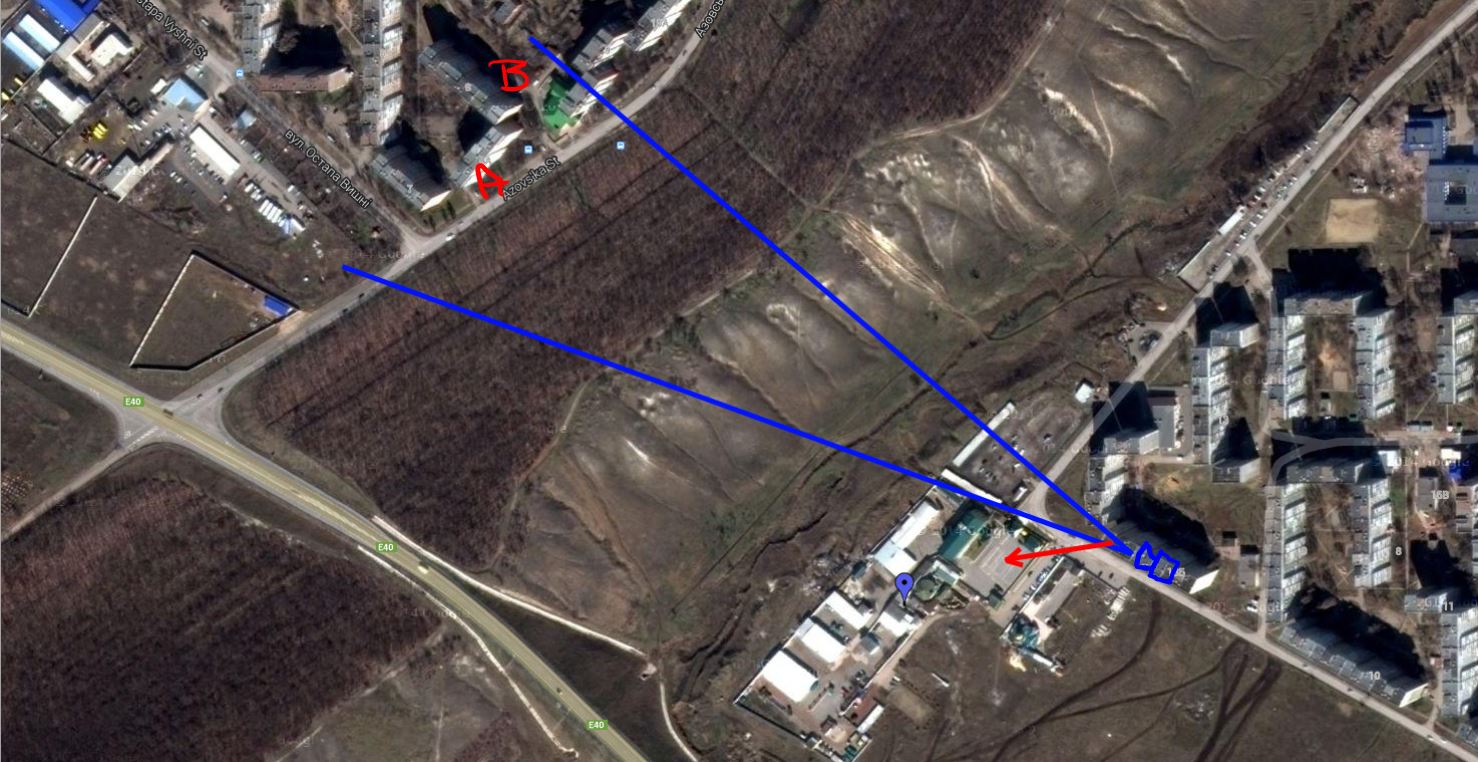 Blue is the view of the camera. Buildings A and B are marked.
The red arrow shows the approximate direction of fire.

The border guards HQ has repeatedly been under attack.
In this video it can be seen how much damage has been done.

Here is another video with an inside look at how the rebels attack the HQ.

Here is another one from 1-6 were a big fire can be seen. (Embedding not allowed)
A screenshot from this video: 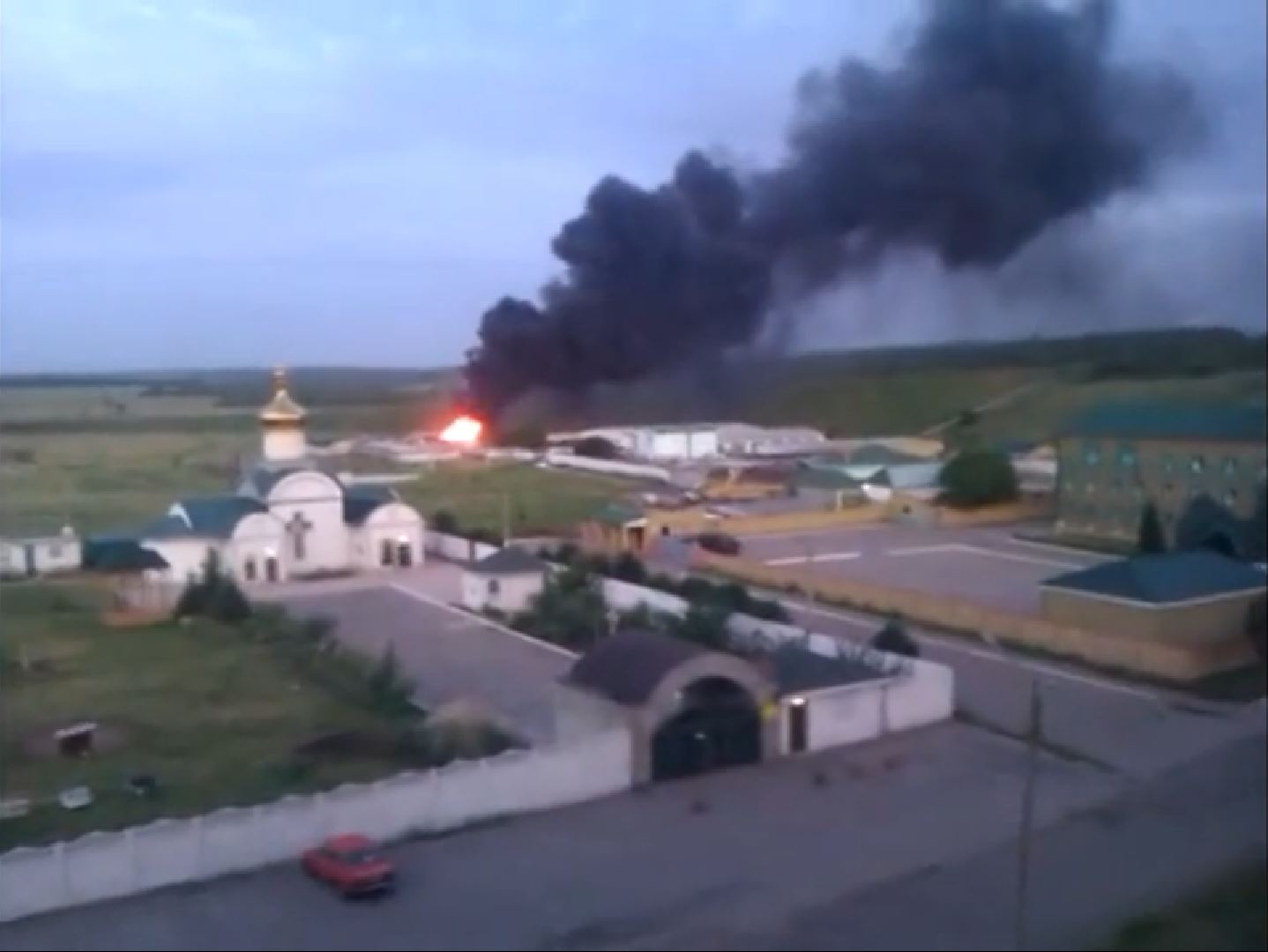 A screenshot of an explosion: 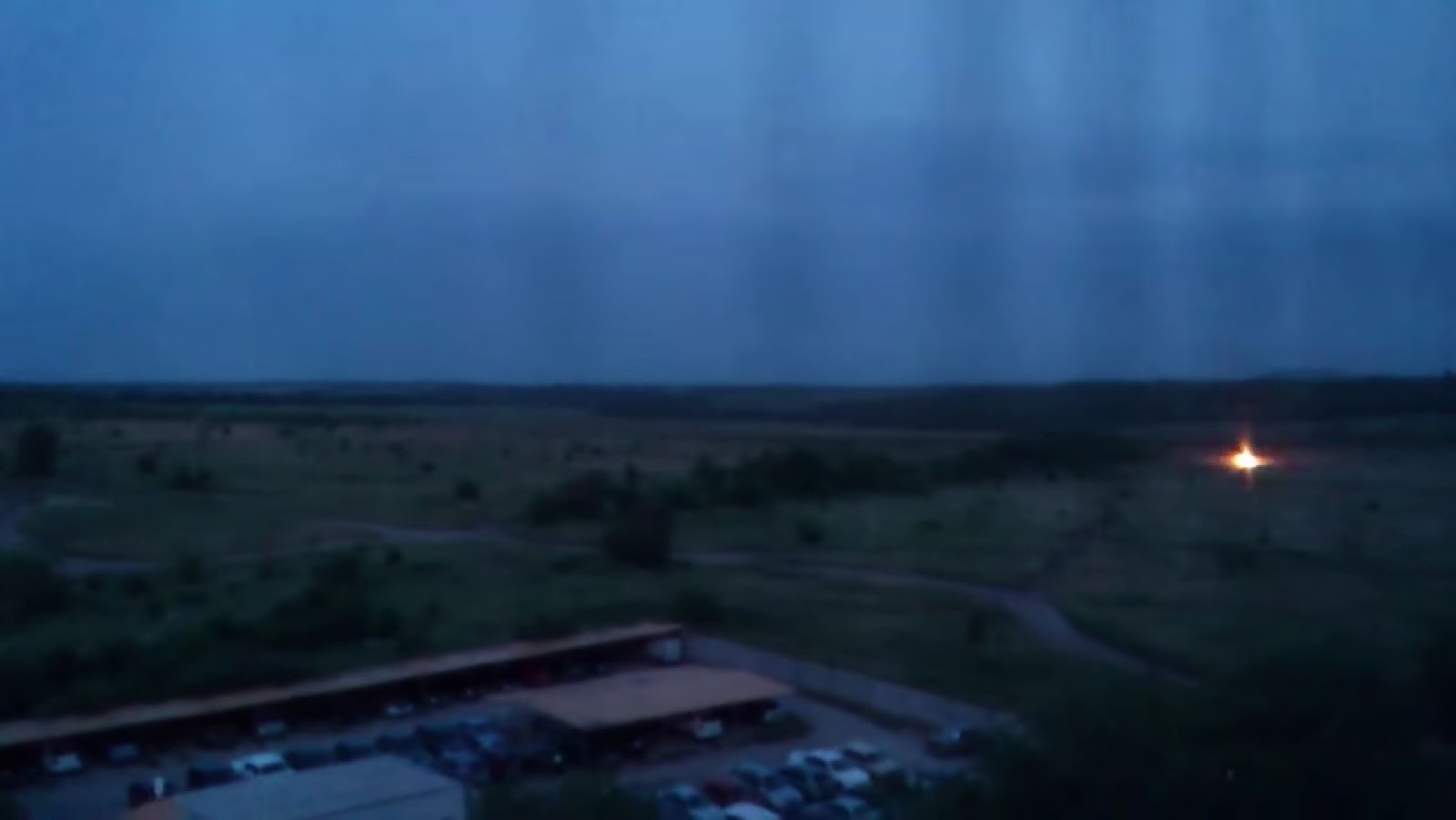 Layout in this video:

Yellow is how they are firing. Probably the rebels are hiding behind the trees.

In this video (it cannot be embedded) you can see the rebels driving a truck away from the fields surrounding the HQ. It has a heavy machine gun on it. 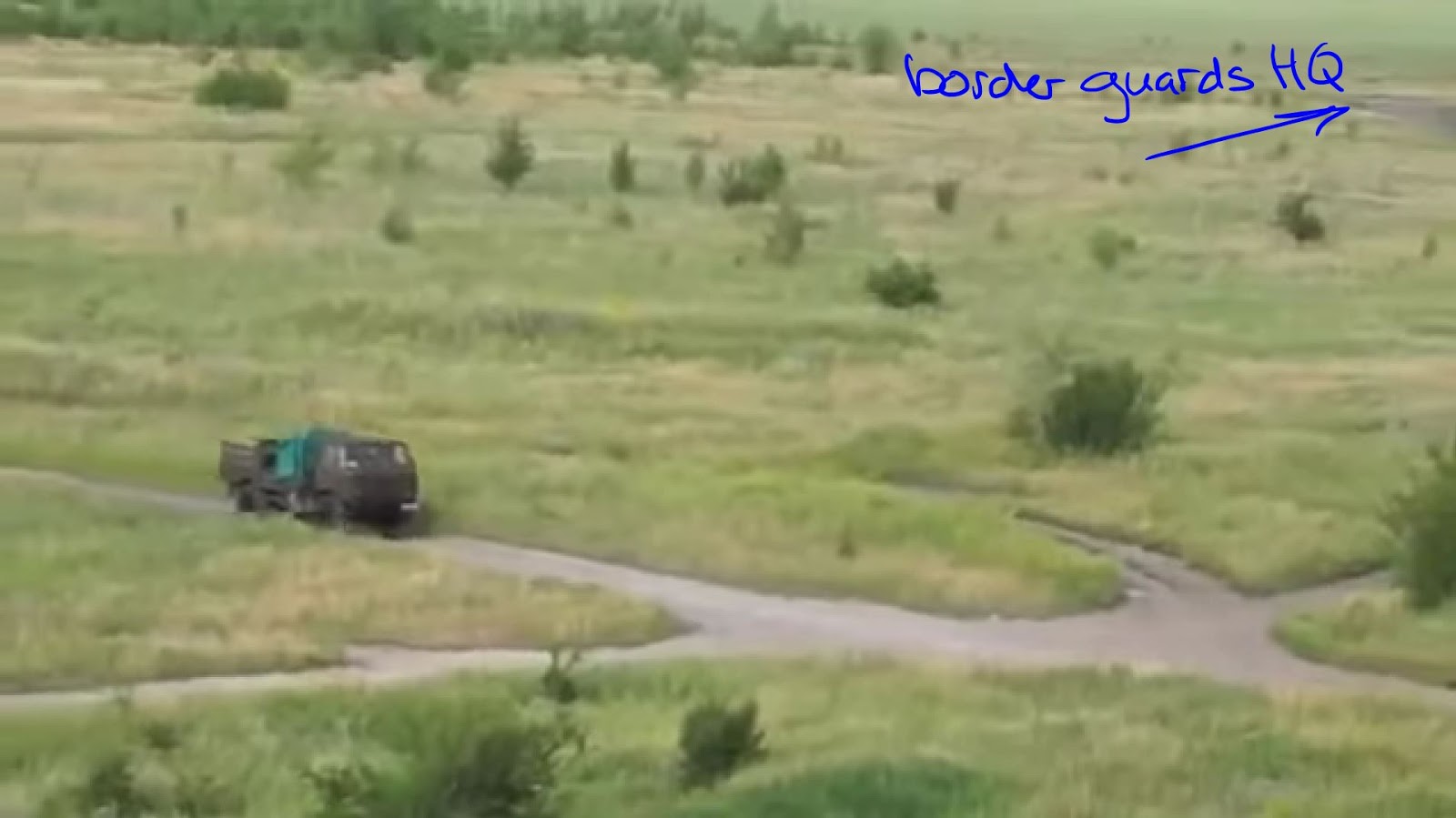 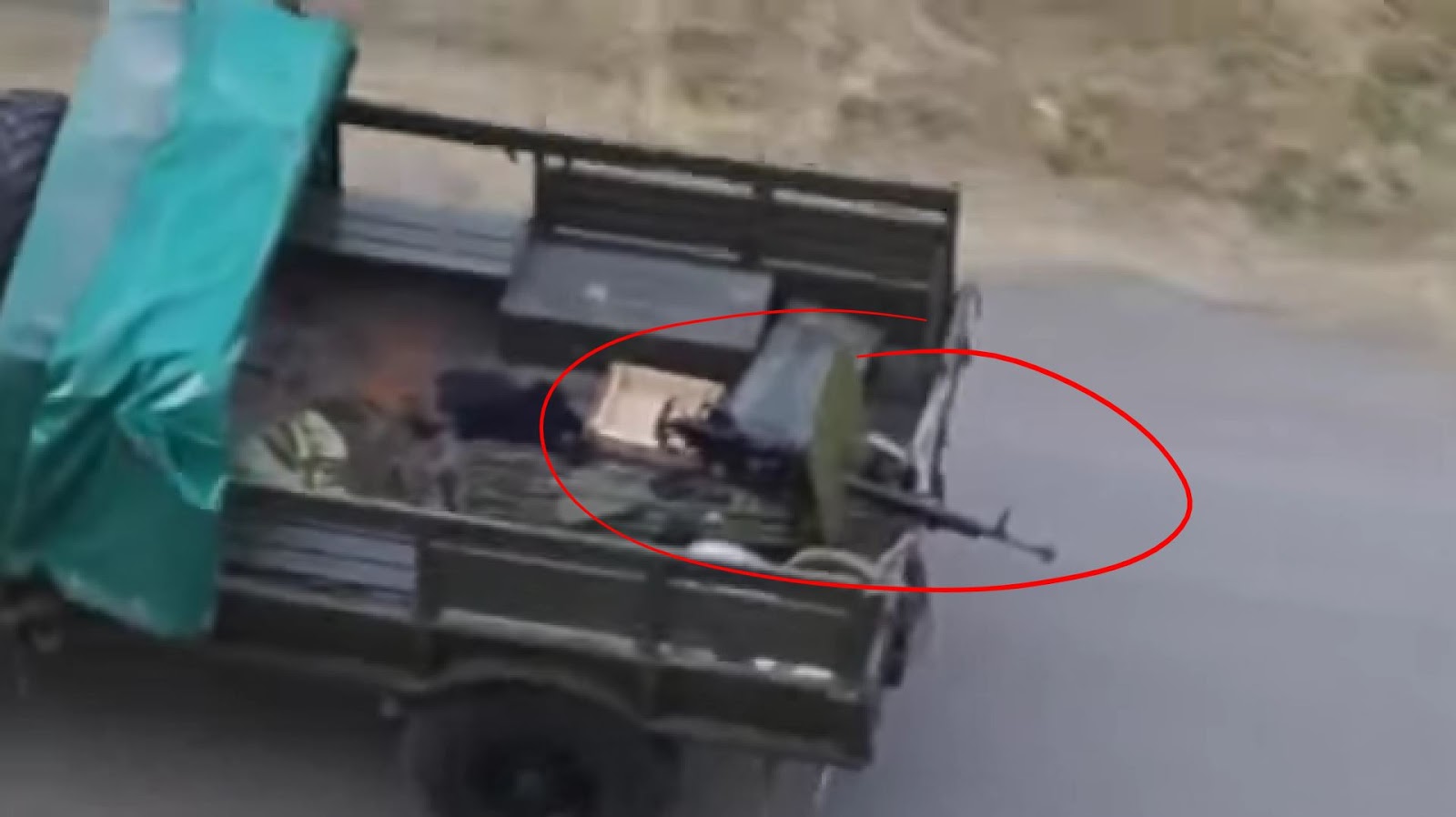 Here you can see air assistance for the guards:

The layout of this video: 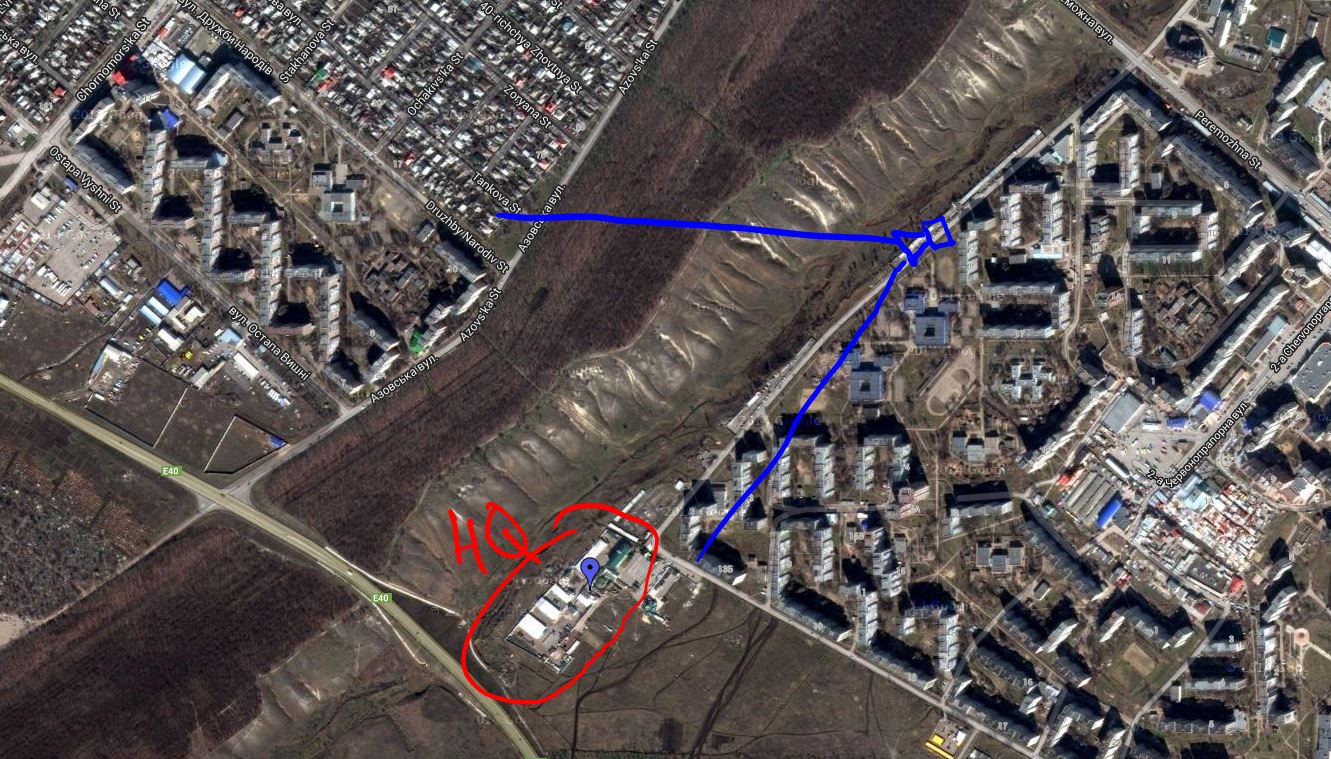 UPDATE 4-6
The border guards are surrendering their HQ: