My interpretation of 'the invasion' event

After the downing of the IL-76 Ukraine vowed to close the borders. It pushed hard on three areas as can be seen on this map: 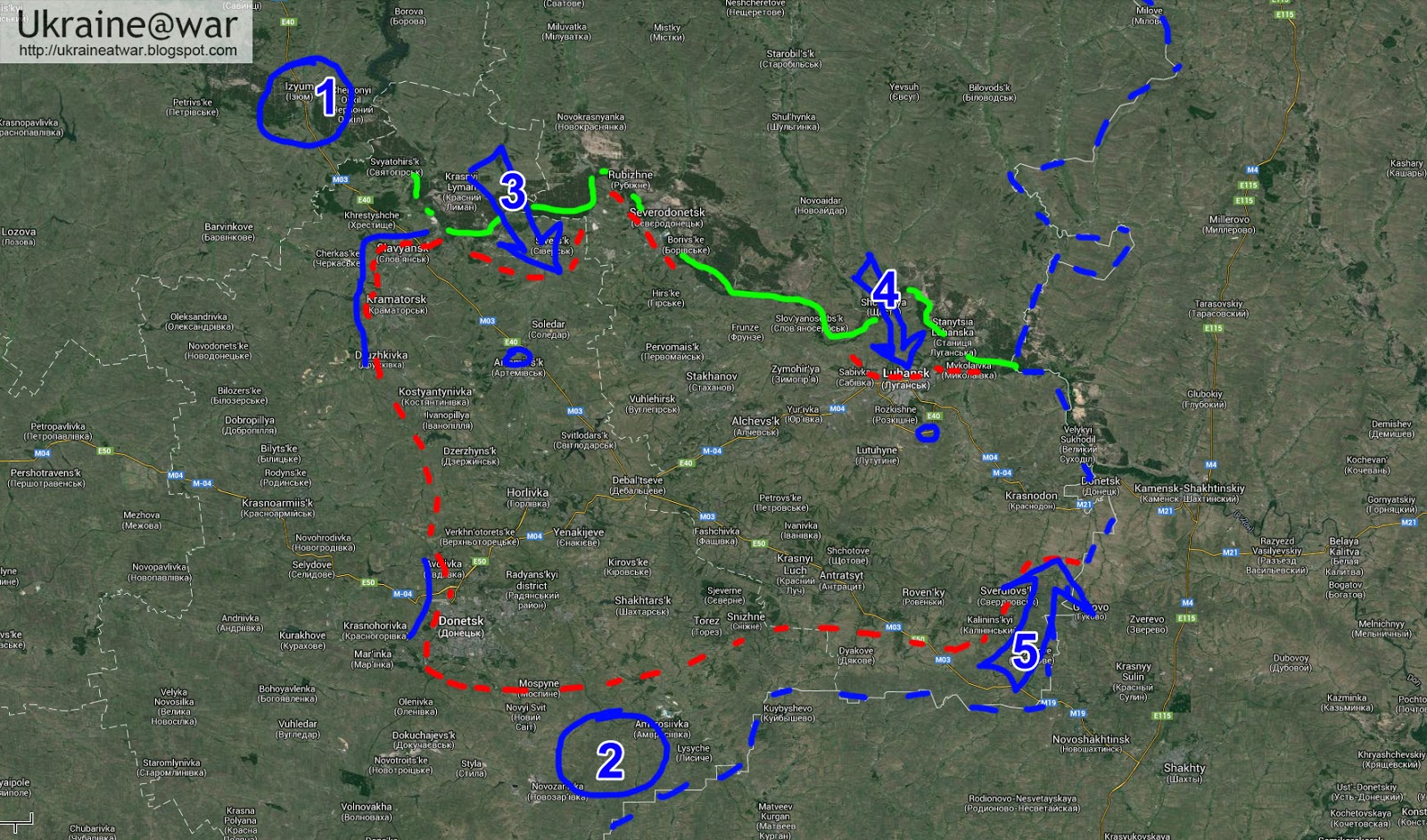 At point #3, the Ukrainian army tried to break through the natural barrier to try to cut of the eastern connection of Slovyansk. No supply and reinforcements means Slovyansk will fall.

At point #4 the army tried to break through the natural barrier to try to secure the borders from the North.

At point #5 they try to recapture the border crossings from the South. Actually they were quite successful at it.

The response from Russia is this: 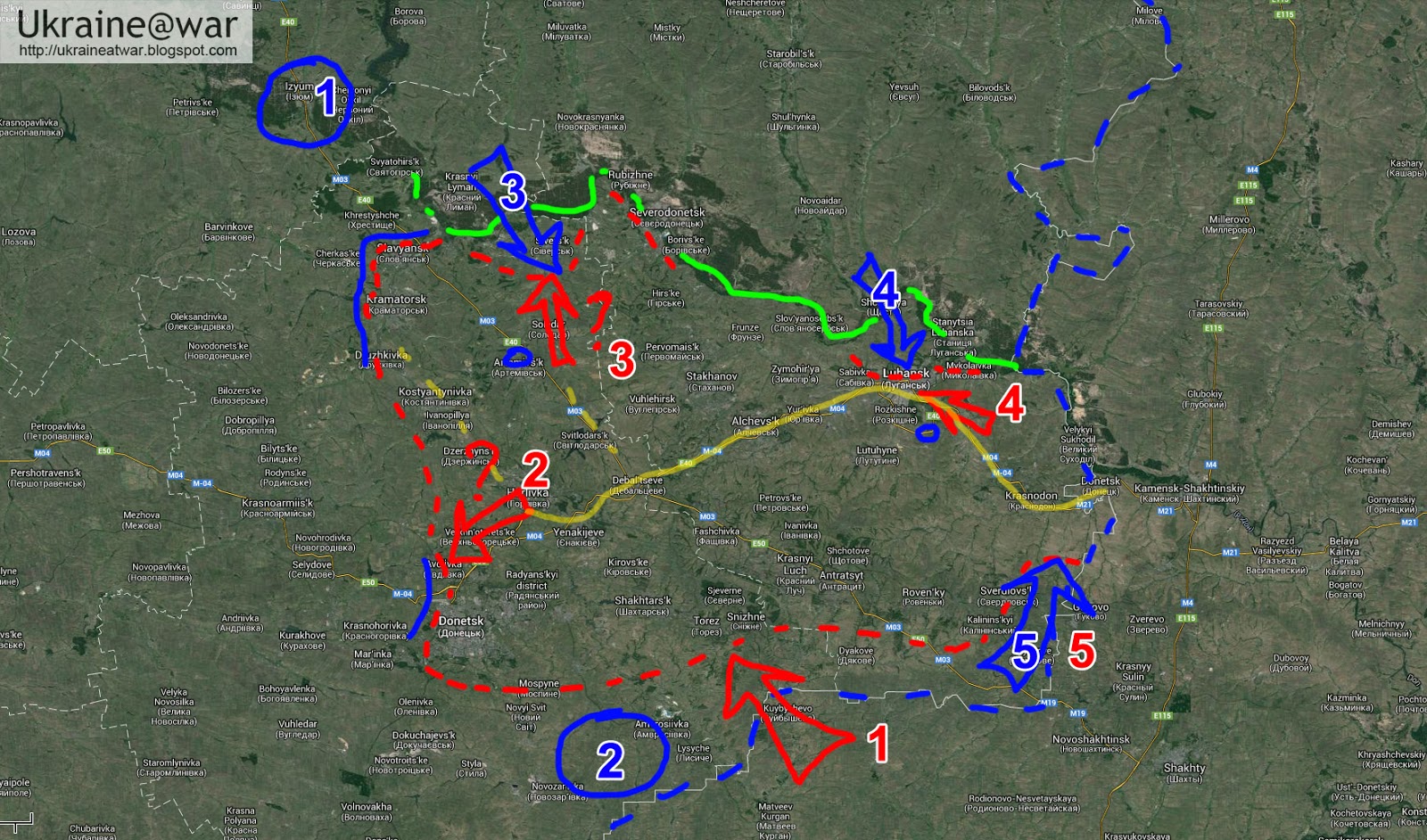 At red point #1 there were paratroopers drop and an attack towards the border post. This is to cut off army group blue #5. When they are cut off, they will need to surrender or will be destroyed.

Across the yellow line substantial reinforcements entered the area. I suspect the initial group to have been divided into three groups, because the later sightings did not have all the vehicles that were reported to have entered.
The column (or what was left of it) has been seen in Horlivka the last. Three things can happen:

#2 the airfield of Donetsk will be attacked, because they will need airports.
#3 the penetrating Ukrainian froce in the North-West will be countered. This is a very logical thing. It will happen.
#4 Lugansk airport will be captured and the northern army stopped.
#5 the southern border attack force (blue #5) will be cut off, attacked and/or destroyed.


UPDATE 21-6:
The air-defense systems near the airfield indeed were attacked last night:

But eventually the Radar installation has been destroyed.

A similar Lugansk radar has been destroyed earlier. See report here. It means Ukraine cannot detect anymore what is coming in or going out.