1.
The Russian army has been training in the area of Millerovo in May, which is VERY close to the border with Ukraine. For what? What where they training for?
How to cross the border of course (with or without a fight).

2.
All of a sudden three T-64Bs showing up in Snizhne. It seems as if they dropped out of thin air, because we do have reports and movies from Snizhne, Torez, Makeekva and now they are in Donetsk. But we don't have any movies of them travelling from Lugansk to Snizhne for instance or from Dolzhansky to Snizhne. They just suddenly appear in Snizhne. How did they get there?

3.
The PERFECT area to cross the border UNSEEN is between Millerovo and Dyakove. It is a small insignificant crossing and the area is on both sides in (pro)Russian control. 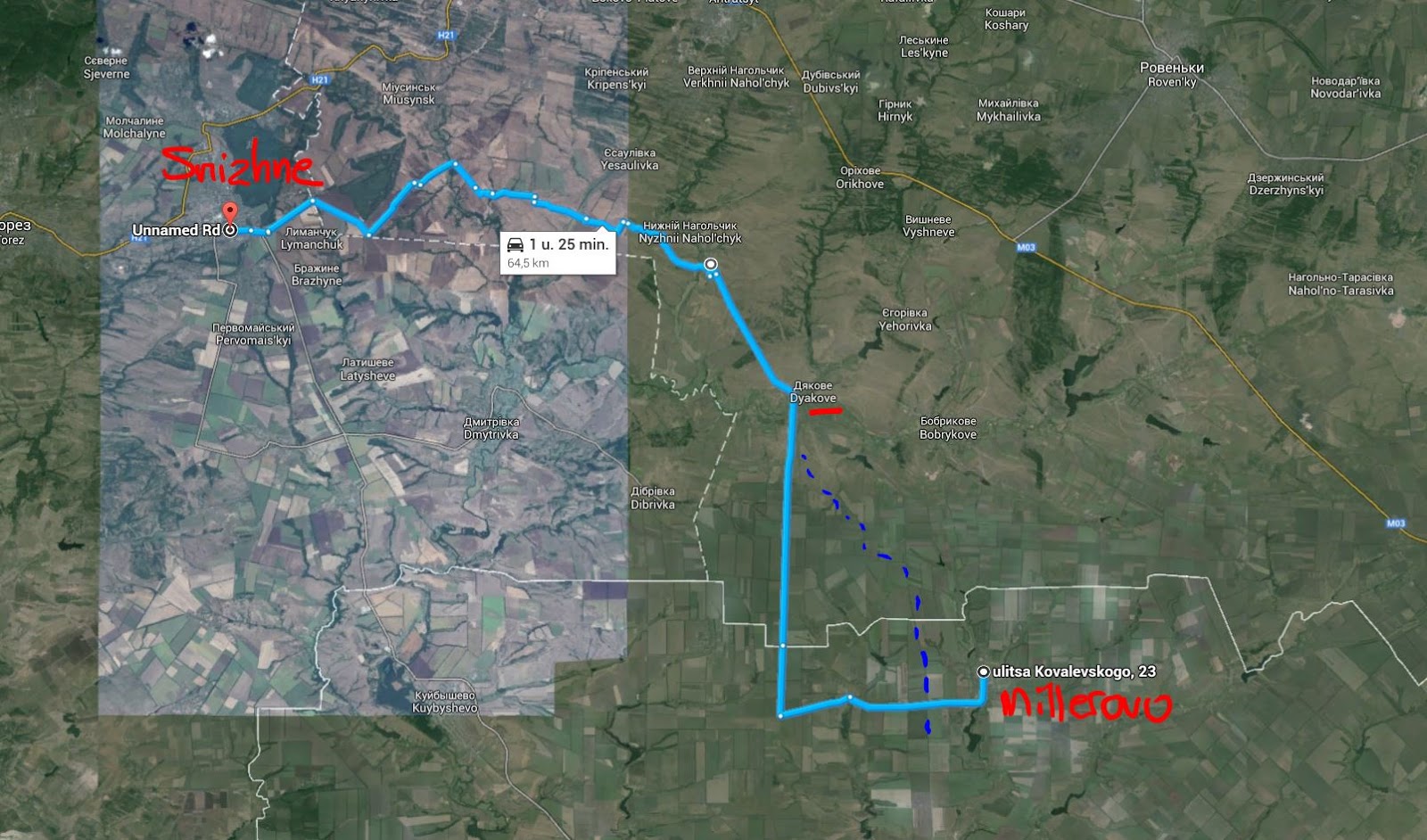 4.
A trailer has been spotted transporting a T-64B in the Rostov area (which is Russian). But it has not been possible to EXATLY geolocate it yet. 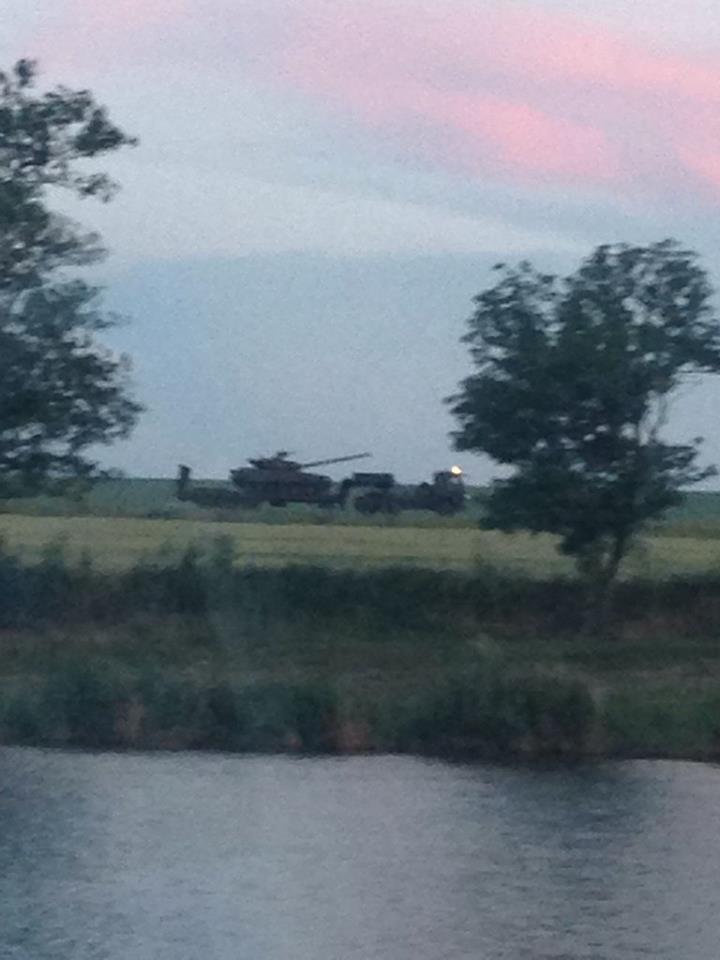 5.
But, a Russian unit is spotted in Millerovo with exactly such a trailer making a fake story about Ukraine violating the borders with Russia.
The story is fake because the BMP it concerns is Russian and rusty, what means it had been standing there for a while already (must have been bogged down there during the training in May).

The trailer on that spot is evidence that a tank can be transported to and from that area on a trailer. 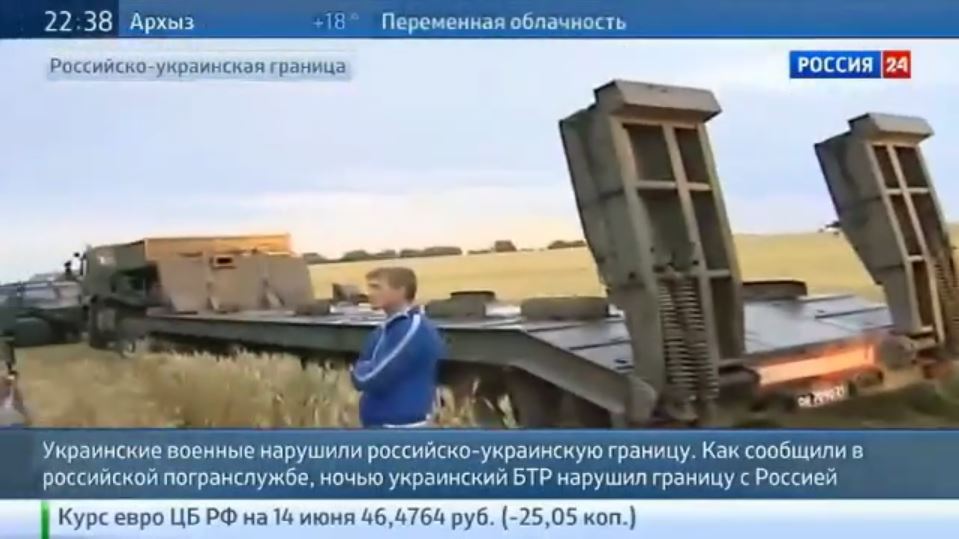 7.
This operation has been planned in advance (of course). To cover it up and to give the trolls an excuse, three days earlier Russian media published some very unspecific, fake messages that the rebels had captured three tanks. Nobody gave much attention to it, because there was no location, no fight, no Ukrainian info about defecting or surrendering units, nothing. But when the tanks showed up, they refer to it as evidence.


Ok, so what more proof do you need?

(If you have corrections or additions, please let me know.)


UPDATE:
NATO confirms three tanks have been put on loaders from the Russian camp at Novocherkassk and left.