Ok. It means I will have another look at it and try to be as precise as can be.

First we have to determine the position of the cameraman.
With this screenshot, we can figure it out: 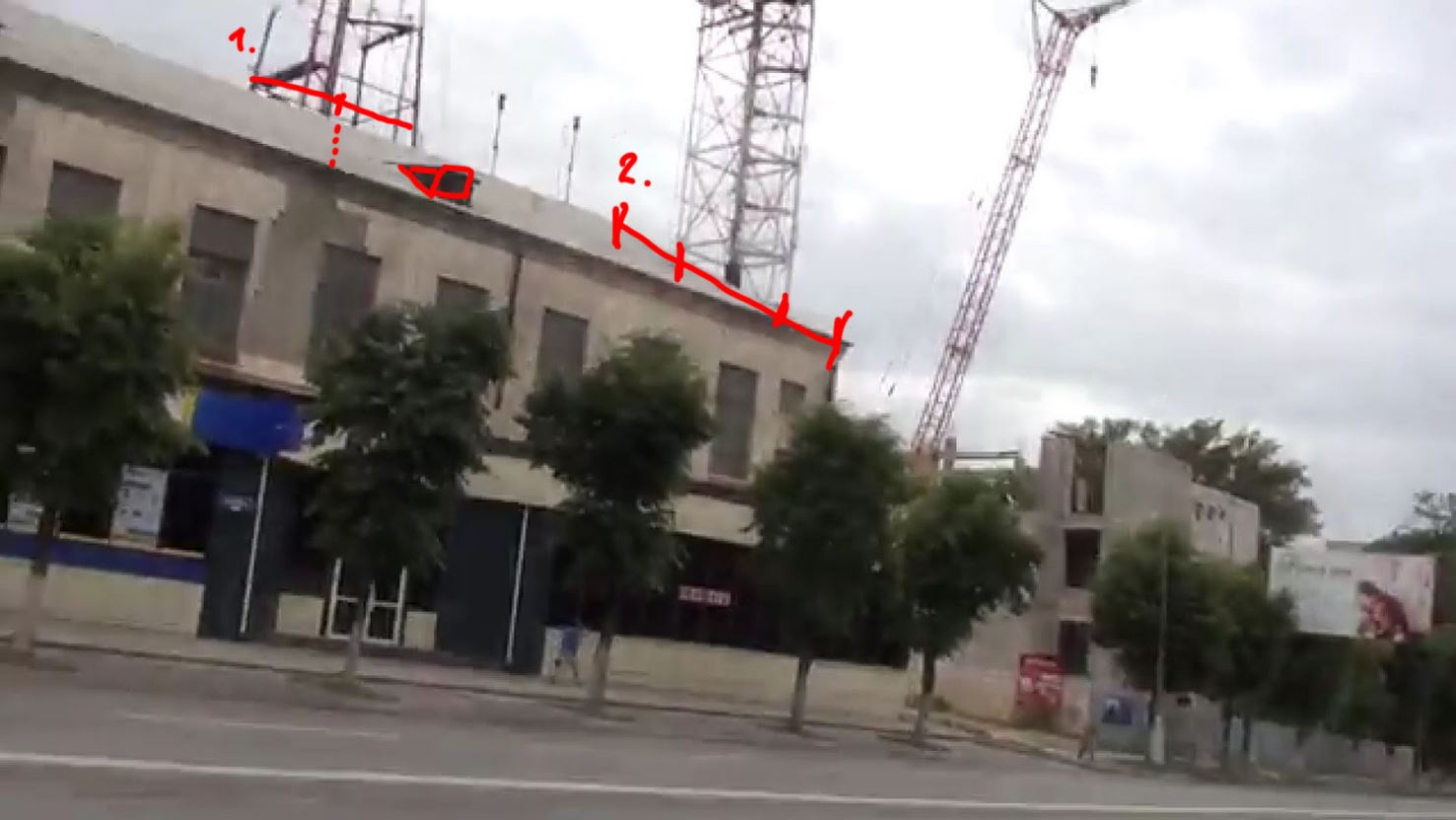 Then we draw two lines exactly like this on the map. 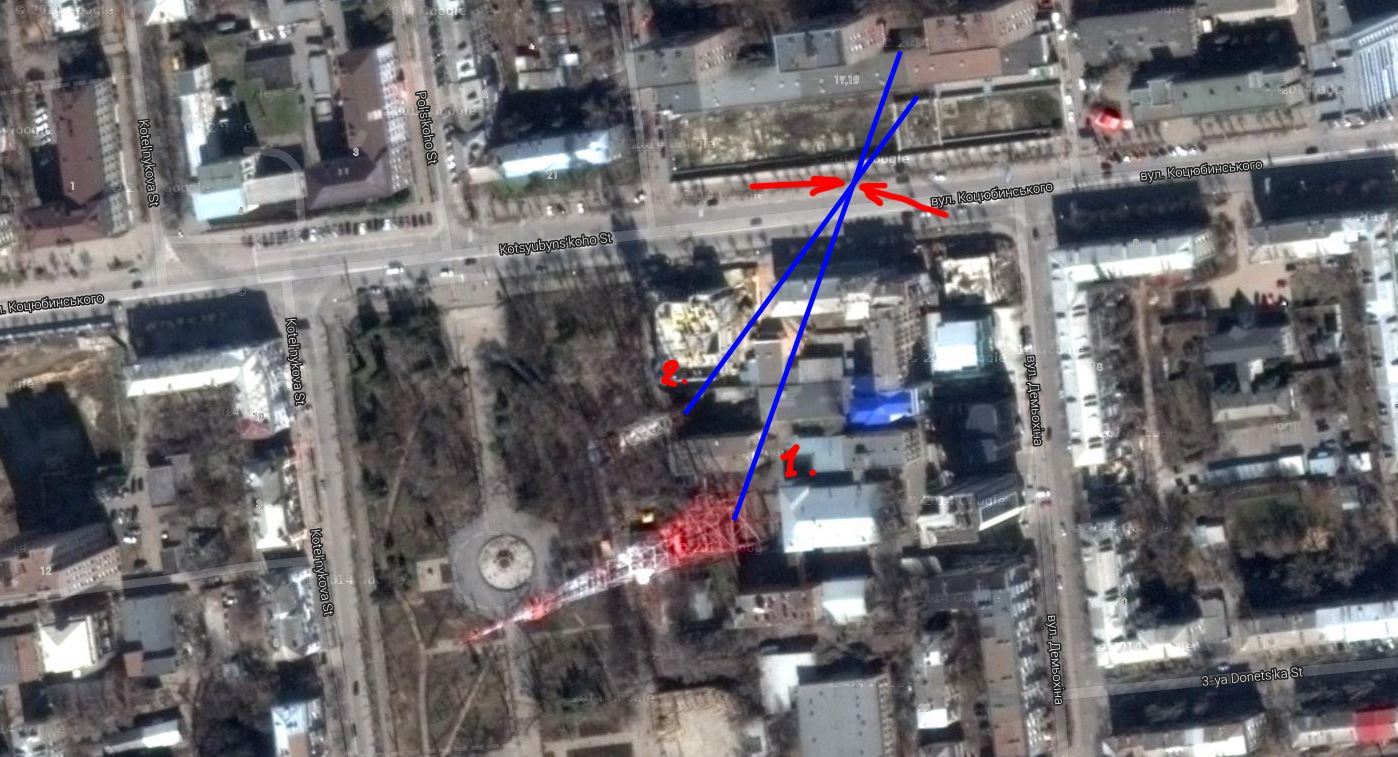 The position of the cameraman is where the lines cross. From that point he will exactly see the perspective as in the screenshot.

He is standing at the very edge of the road between two trees. Here we look at his position. 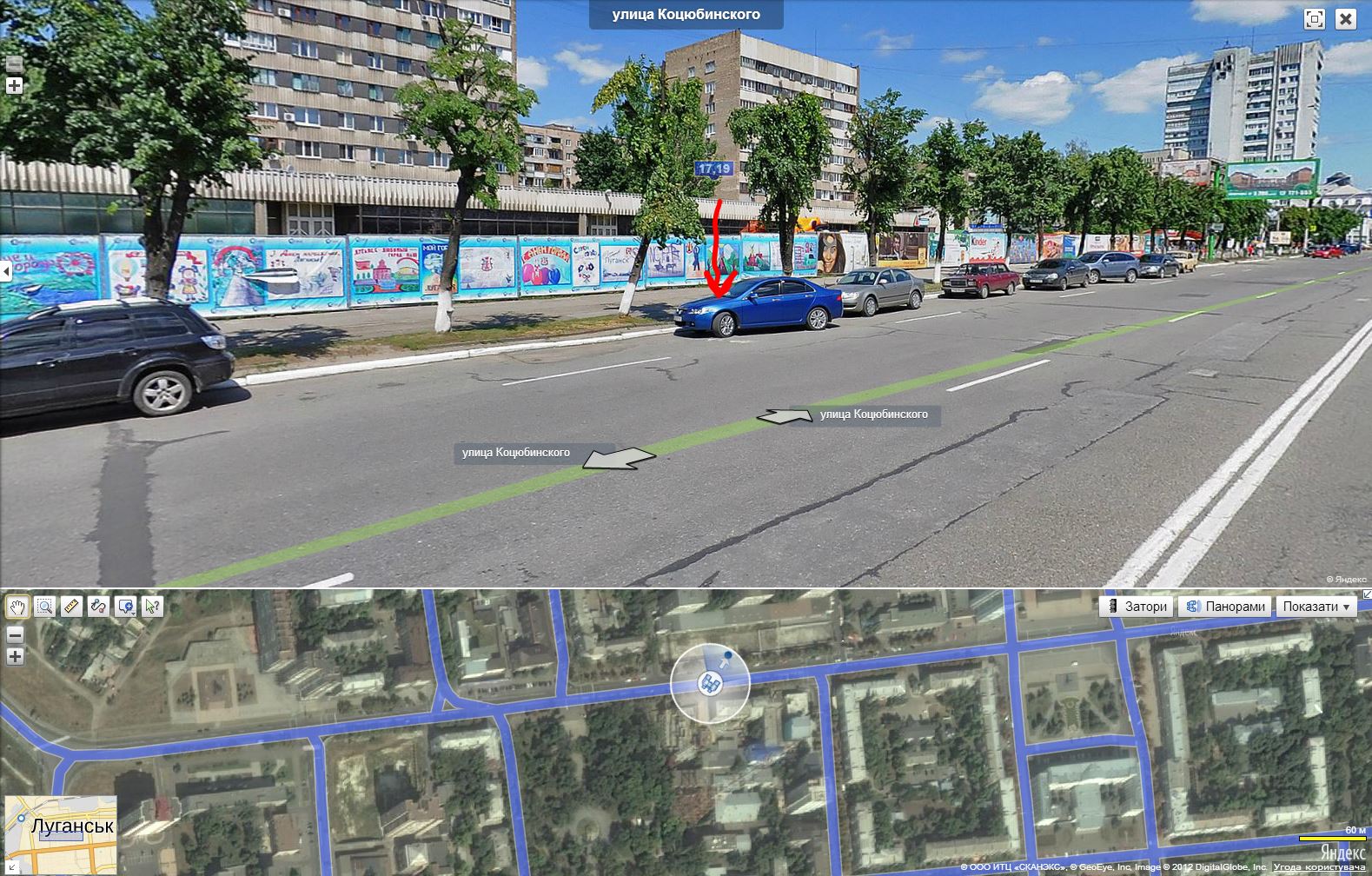 The video confirms that he is standing between two trees.

Now an important question is whether he stands ON the treeline, or BEHIND it. If he is behind it, this limits the angle of his view a lot. If he is in line with the trees, his angle and swing will be a lot bigger. This will make a big difference for the starting position of jet of course. 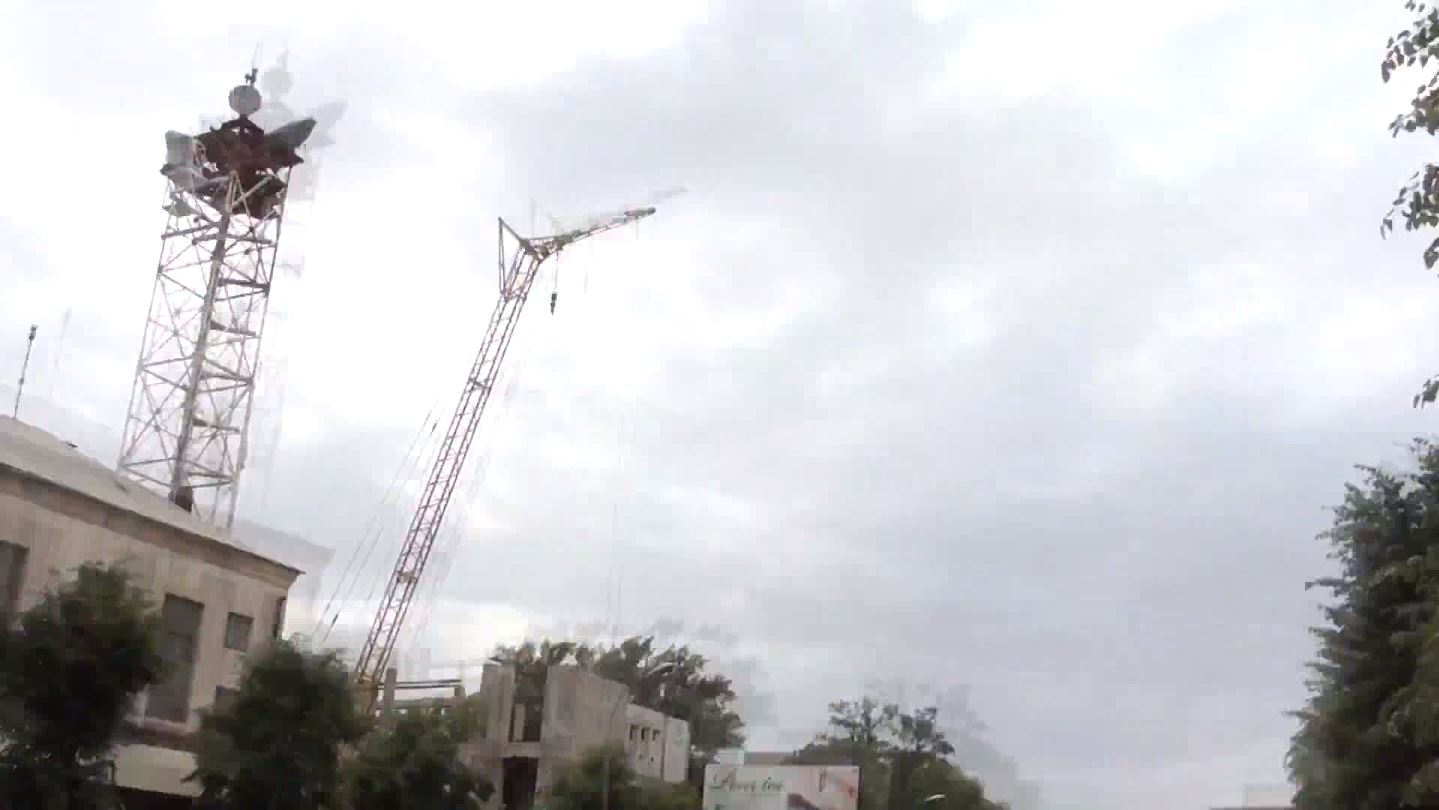 Several trees can be seen on the right side. It means he is a little bit IN FRONT of the trees, otherwise he could not film them in a row like that.

At 6:00 he holds his camera to the most left side: 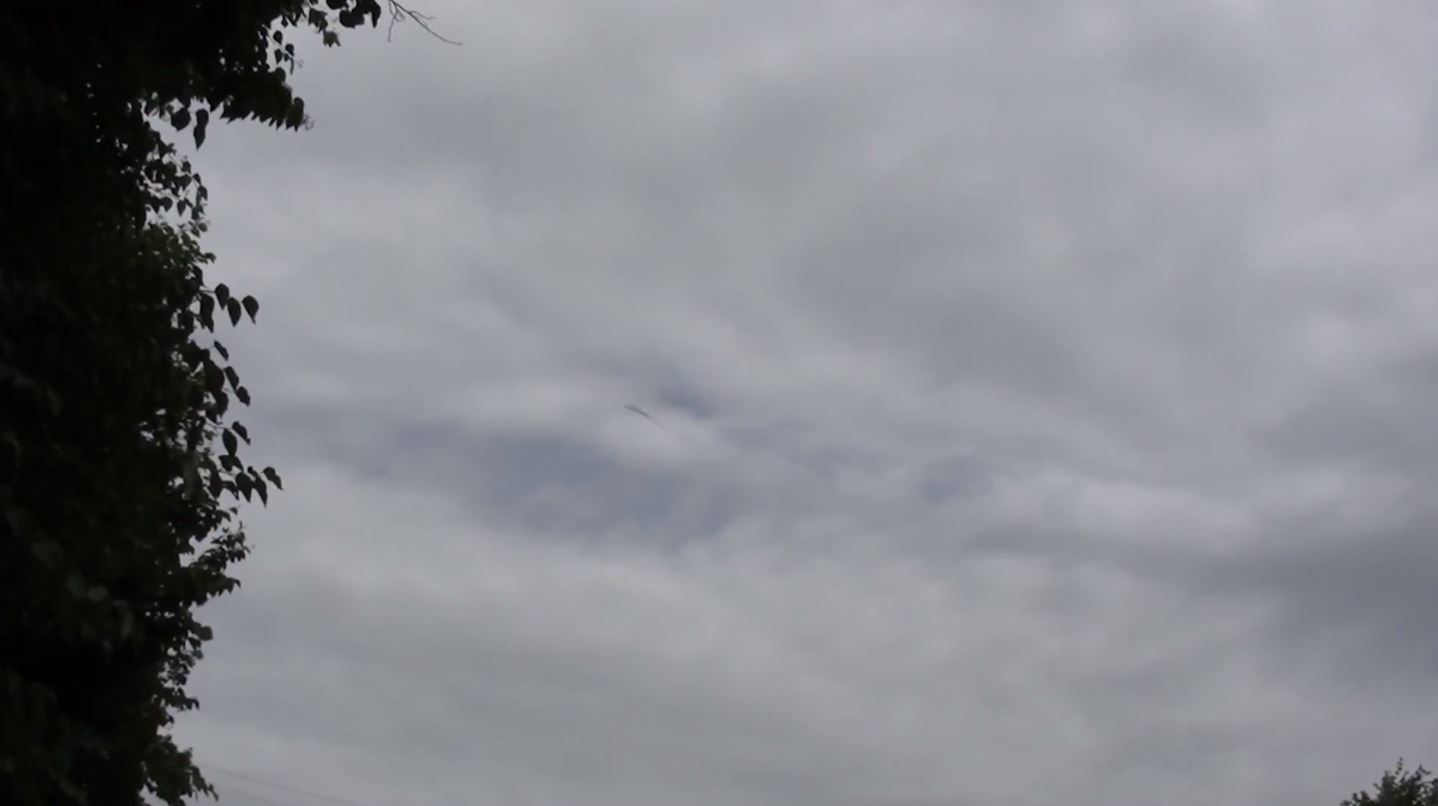 Again a tree can be seen. This means that his widest angle of filming is alongside the treeline, and therefore covers an area of 180 degrees.

When you look good in the left bottom corner, you can see some power lines running across the street.
In streetview in Yandex these powerlines can be seen: 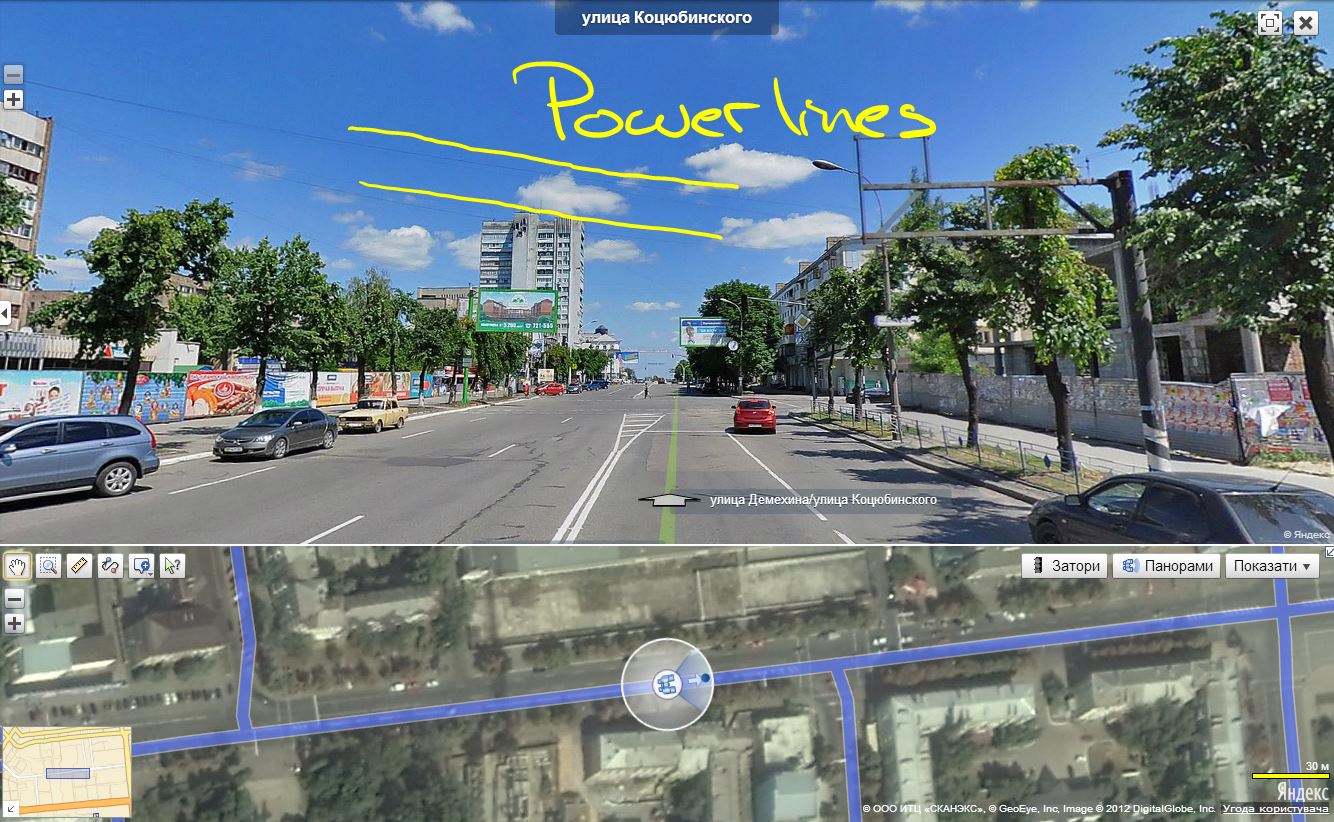 It means he is indeed looking eastwards, otherwise he could not see those lines in his view.

Wow this is a lot more than I initially thought. In my previous assessment I had (obviously too quickly) estimated that his total angle and swing would be not more than 90 degrees. But 180??

Now I have to look again at whether the jet could have targeted the park.

This next view now corresponds with the screenshot above: 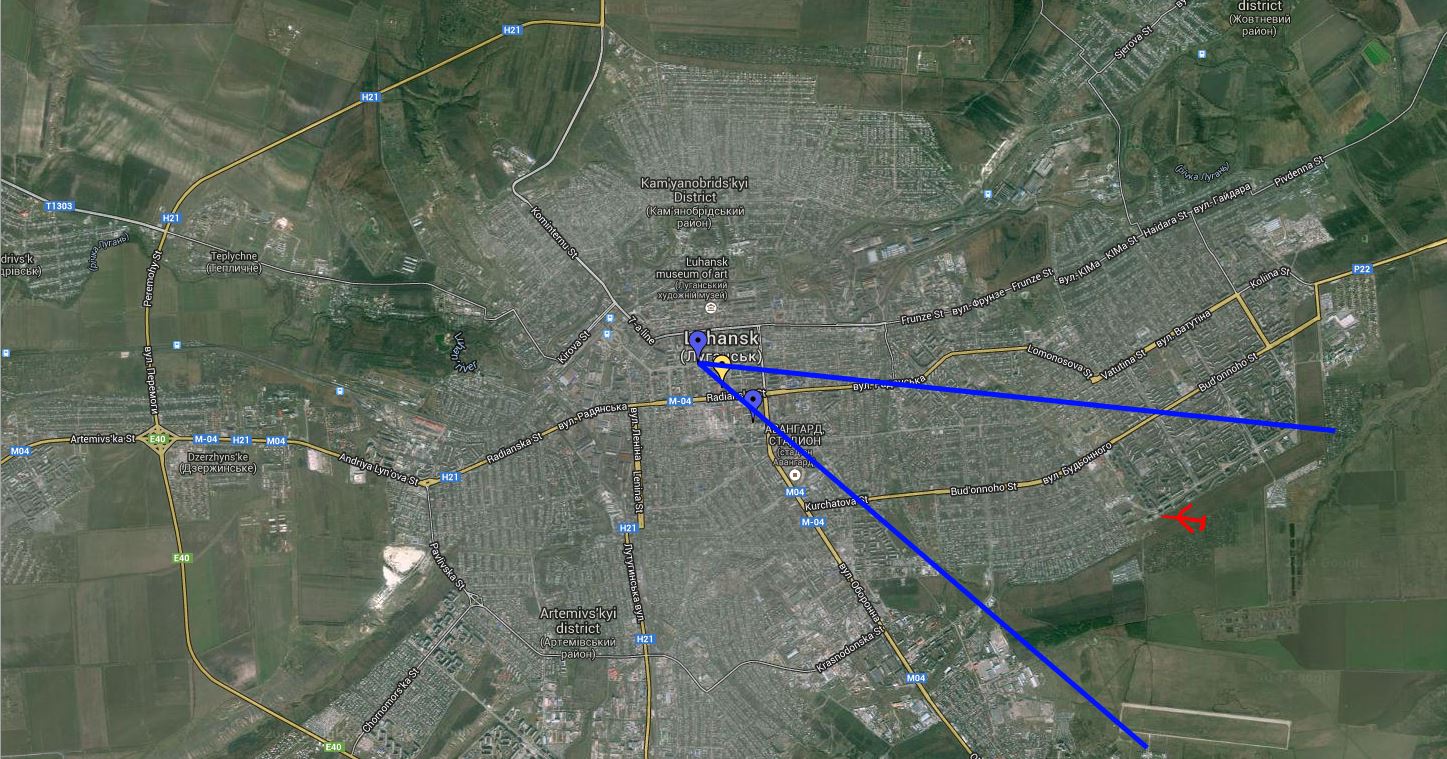 The Park is at the yellow marker, exactly in line of the right edge of his view.
That means that the Park is somewhere behind the tree in the right bottom corner of his view. 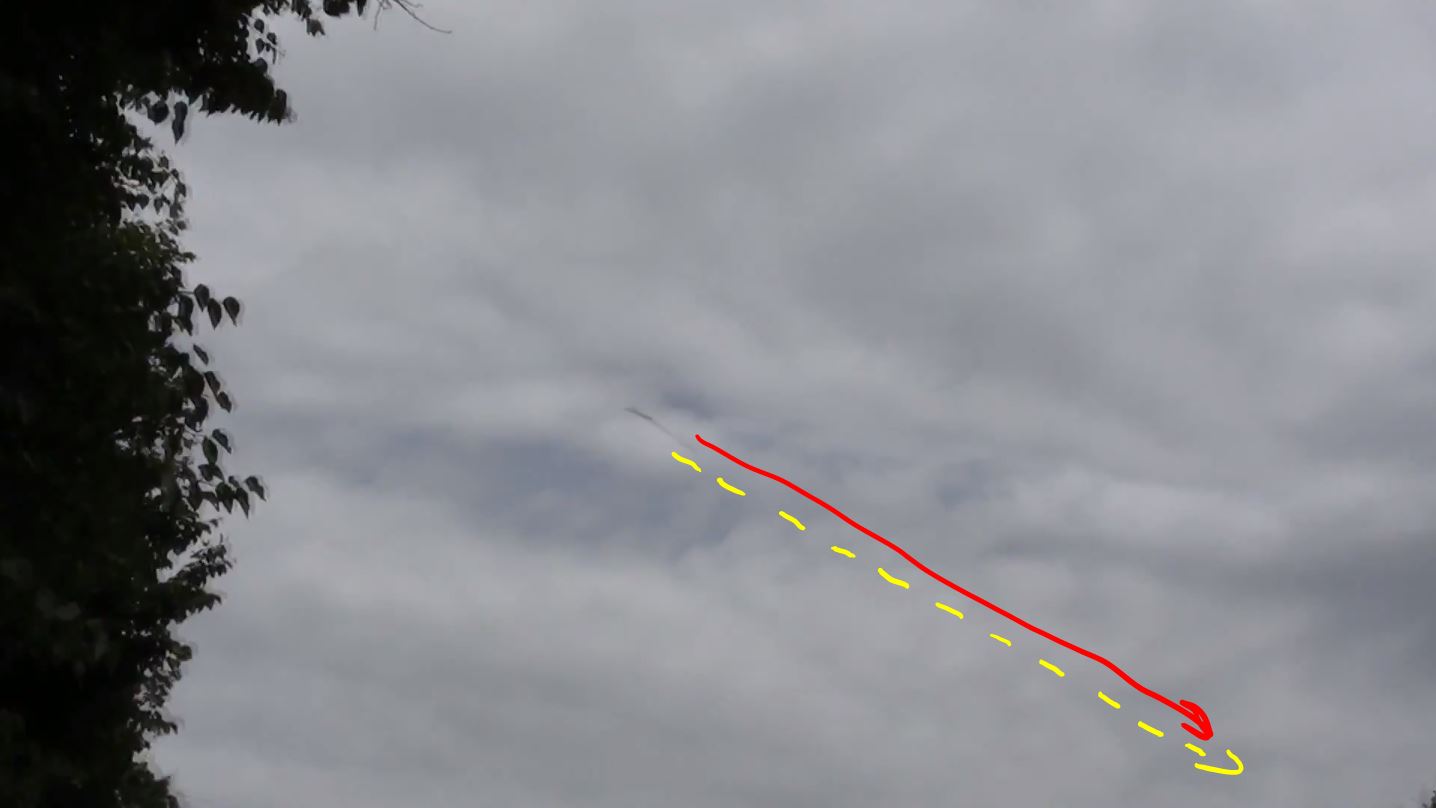 This is what we get now. Red is where the rockets are firing. Yellow is where they should be directed to, to hit the park. THEY MATCH!!!

Conclusion: it seems the jet DID fire into the park!!!!

Of course this is a completely different ballgame...
Earlier I stated that the impacts might have been from an automated grenade launcher. That option also seems very unlikely now.

REMARK: For me this is a natural process of figuring out what had happened. You/we propose hypotheses and check the information and evidence for it. I am not a propagandist. I want to figure out what is happening. Truth can only be found by excluding the alternatives. But... next time I will be a little bit more careful in drawing my end conclusions :-).

Furthermore: it is hard for me to believe that the Ukrainian army really did this. I can understand that the murderers of Vostok battalion does something like this. But the reluctant, underpaid, underfed, inexperienced Ukrainian soldiers?