In the morning of 13-6 a civilian area near Dobropole has been attacked with GRADs by Russians. A vegetable depot got hit and a one man died. Yet, the GRAD caught fire and had to be abandoned.
Here are some messages about this event:

@PeterGrnlund1 Strelkov said they destroyed it. The today's grad was on Ural chassi which is only used in Russia @djp3tros
— lennutrajektoor (@lennutrajektoor) June 13, 2014

And here are some movies from it.

The geolocation of the depot can be found here:

Now the BIG QUESTION is: why would they go all the way to Dobropole, which is in NON-Russian occupied territory?

It seems they had 3 of these GRADS, of which one is destroyed now. And the other two have  returned to Horlivka.

This map shows what must have happened: 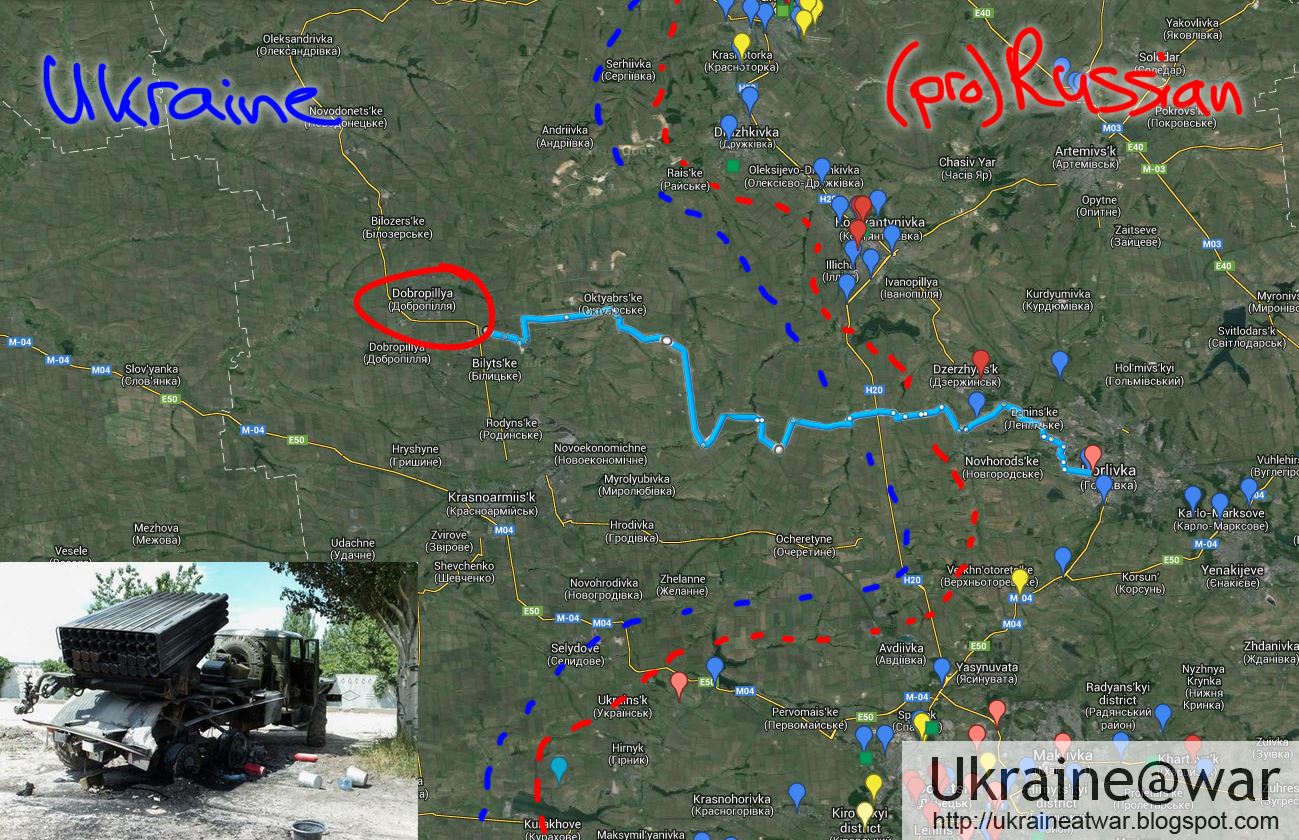 All the markers are known (pro)Russian checkpoints taken from this site. It shows the rebel-controlled area (dotted red line). The Ukrainian controlled area is basically the rest (blue dotted line).
Dobropole is in the red circle.

Since the remaining two GRADs returned to Horlivka, they might have initially started their operation from there too.
The route from Horlivka to Dobropole is selected by avoiding the main roads where Ukrainian checkpoints are, and also avoiding villages as much as possible. With a normal car this might be 1:41 hours driving. With GRADs maybe 3-4 hours?

This means when they drive very early in the morning they will not likely be detected and filmed or photographed.
Of course their plan was to attack and then get back to base without being noticed again.

IF they had succeeded in this, how would this have looked like? It would have looked like as if the Ukrainians indiscriminately attacked civilians, because it was in the middle of THEIR territory...

But luckily the plan failed.

Conclusion:
PLEASE DEAR READER understand this: SINCE THE BEGINNING the (pro)Russians have been staging deadly scenes to blame 'Right Sector' and 'Nazis' and you name it. It is their nature. They go to great length to get this done, because when they win the Information War, half of the battle is already won.

UPDATE:
Aah, look: the Russian Trolls ARE using this to blame Ukraine: 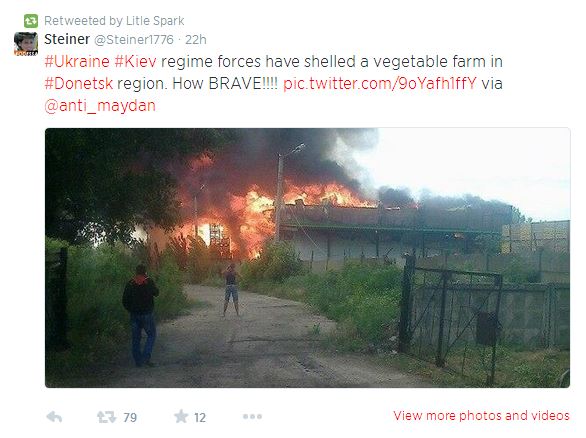 This how they transported the GRADs into Ukraine. Disguised as trucks!


Great link with photos of aftermath.


Also see: geolocation and video of firing these GRADs
Also see: Evidence that a Russian unit was involved in firing the GRADs

(If you have any corrections or additions, please let me know. I will verify it and adjust accordingly.)
Posted by Ukraine@war at 12:06 PM