BUT... Yarosh has no connection with National Guard and he does not have two battalions! FAKE REPORT - HACKED SITE - FALSE FLAG
— Ukraine@war (@DajeyPetros) February 15, 2015


@DajeyPetros It has been already quoted by TASS, RIA, LifeNews and RT.
— Serge (@SergePantiukhin) February 15, 2015 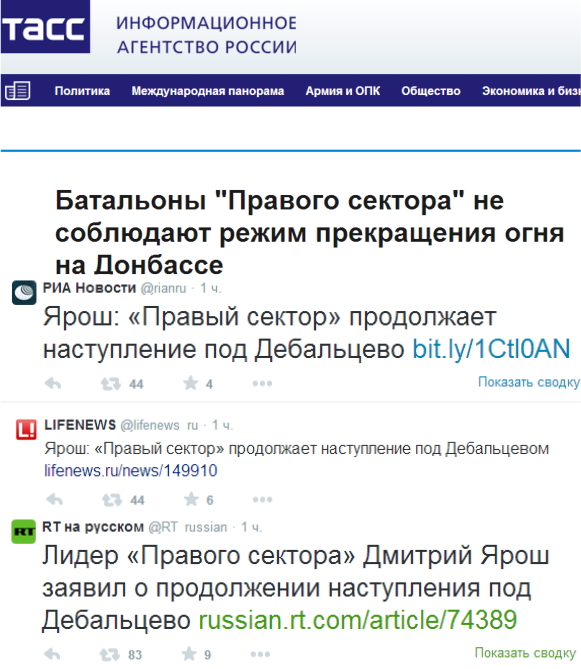 Another prediction: in some Western media you will hear echoes of this false report! When you see one, let me know!!!
— Ukraine@war (@DajeyPetros) February 15, 2015

Ceasefire across the ATO zone is adhered to. 9 out of 10 attacks came from uncontrolled Russian “Cossack” forces in 1 sector.
— NSDC of Ukraine (@NSDC_ua) February 15, 2015

Euromaidan also has a page about this.


CLEARLY Russia wants to keep on fighting and is looking for an excuse to blame Ukraine for breaking the cease-fire. (Actually exactly the same as after Minsk I).

Don't fall for this guys... You should be smarter than this!