(GRAPHIC) Is Battallion Donbas in trouble, or is the world in trouble? 23-5

The 'peaceful unarmed (pro-)Russian protesters' are getting some brutal reinforcements from their Eastern neighbour.

Battalion Donbas consists of civilians who are putting up arms in an attempt to repulse the invasion of oppressors coming from the East, because repeatedly the Ukrainian police and army fail to do so.

Anybody who disagrees with the (pro-)Russians automatically is called a fascist, Nazi and/or is from Right Sector. As such Donbas battalion also is blamed for being Right Sector militants.

And we never knew for sure how this exactly was.
But we did get messages like this:


Defence battalion "#Donbas" aka Polite MIB did a raid on terrorist's base. This is the loot. http://t.co/7kIF8OQpn5 pic.twitter.com/kHEHMWfCO6
— lennutrajektoor (@lennutrajektoor) 7 mei 2014

Ok, they were taking back the arms that were taken from Police and defected soldiers... Is that good or bad?
Or this one:

Ok, that sounds good. When you don't want to work for the country that pays your salary... go!
And amidst all the depressing news once in a while we heard things like this:


Could it be that such peoples militia can do what the army can't do?

Then this video was released from Vice News:

Wow!!! This is some serious business! These are not blood-driven, violence-adoring, ultra-nationalists. These are people who care for their country and want to fight for the protection and safety of it's people. Impressive!

But, as with any pro-Ukrainian sound that is out there... like any given pro-Ukrainian demonstration that was oppressed violently, like the mayor of Kharkiv who almost was assasinated by a sniper bullet, like the body of Vladimir Rybak that was found in the river because he wanted to install a Ukrainian flag back on the city hall in Slovyansk... the Donbas battallion was becoming too much of an annoyance for the (pro-) Russian camp.
But, all these previous examples, and there are many more, can easily be handled with by either aggressive civilians or by giving criminals guns.
For the Donbas battalion more drastic measures are necessary, because they bite back.

That's when the real guys show up in a BMP and two trucks of militia: 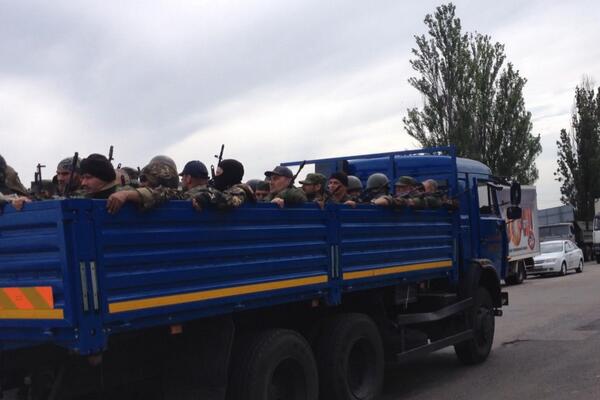 This was the message we got:


The Donbass-battalion think they've got a traitor in their midst. Also believe they are fighting 'Chechens' - https://t.co/CHOLgiJLN1
— Olaf Koens (@obk) 23 mei 2014

This was the location:

And the reports were not good:


#Donbas Battalion managed to get out of the encirclement near #Krasnoarmeysk. 50% of servicemen injured -inforesist pic.twitter.com/DQEIqlaA0r
— Euromaidan PR (@EuromaidanPR) 23 mei 2014


#Karlivka Must be jeep of terrorists. Terrorists had RPGs. Probably why the building is obliterated. pic.twitter.com/6Qm1CSolty #Ukraine #ATO
— lennutrajektoor (@lennutrajektoor) 23 mei 2014

A so to speak 'very bad experience'.

Here is a video of the aftermath (in Russian, but it has a lot of footage of the scene itself):

Yet, these bad-ass fighters had something more for us to show. This is how they treat obstructors:

Meanwhile this Vostok battalion takes a rest in the grass after their successful mission: 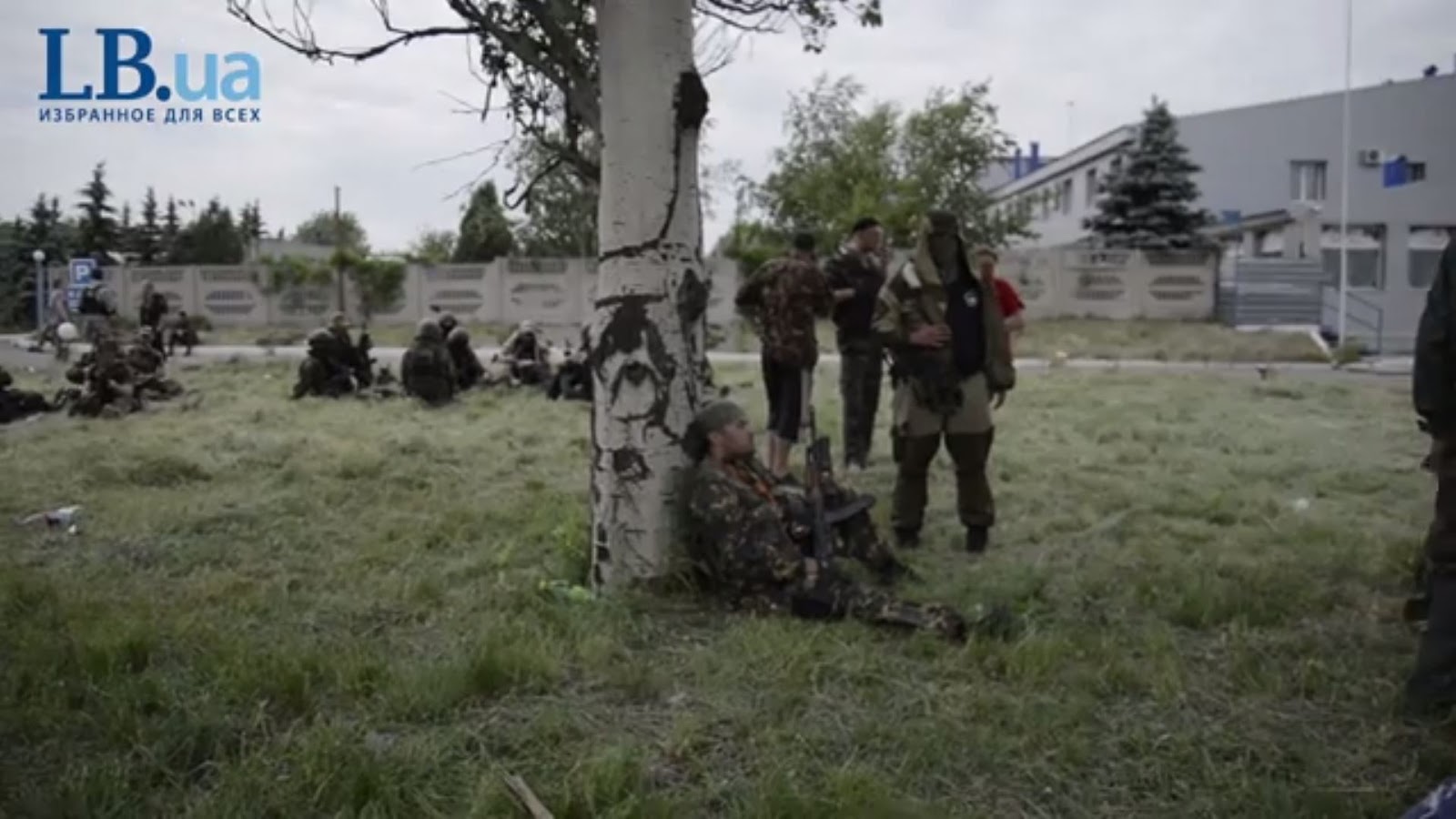 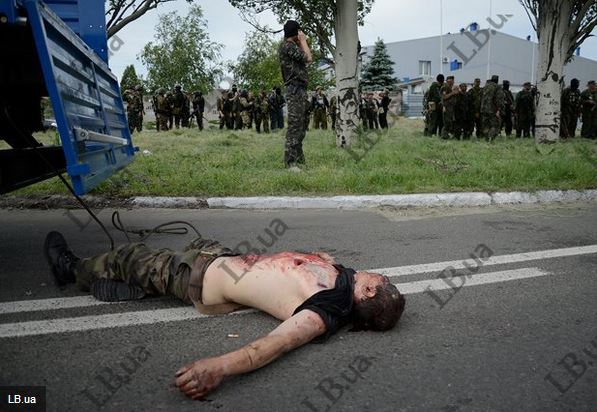 They have cut the heart out of this dead man...
They said he was from Right Sector, because of the tattoos on his body. More likely it was one of their own.

By this they send a loud and clear message into the world: playtime is over, we are ruthless, this is how we deal with our enemies. The Messengers of Death have arrived in Europe...

But the story is not over yet:

Now draw your own conclusions. What kind of sanctions are going to stop these guys?


UPDATE 24-5:
At least some good news about Donbas:

The news becomes even better:

I better hope this is true.

UPDATE 27-5:
A report from the militia itself about the battle can be found here.