While Russia says it is retreating its troops...


So these guys just appeared at a roundabout in central Donetsk https://t.co/KP6Olsv7Qa
— Kevin Bishop (@bishopk) 20 mei 2014

You can read about Bataljon Vostok here, where it says it was disbanded in 2008!
Some question the importance of this appearance:

And so far only one BTR has been seen.

Also there seems to be some 'correction of the undisciplined' going on:


Looks like criminal clashes between separatists "Donetsk Republic" gang and #Horlivka gang about to start near #Donetsk SBU, to be confirmed
— Ukraine Reporter (@StateOfUkraine) 20 mei 2014

So now some people think the rebels are fighting each other!

That the BTR belongs to Akhmetov seems unlikely.
The BTR has been seen more often in Donetsk already on the 17th of May:

Temporary conclusion should be: the gangs are restoring order within their own lines...

In this video at 16:30 the retreat of some forces in Donetsk can be seen. Mission accomplished? 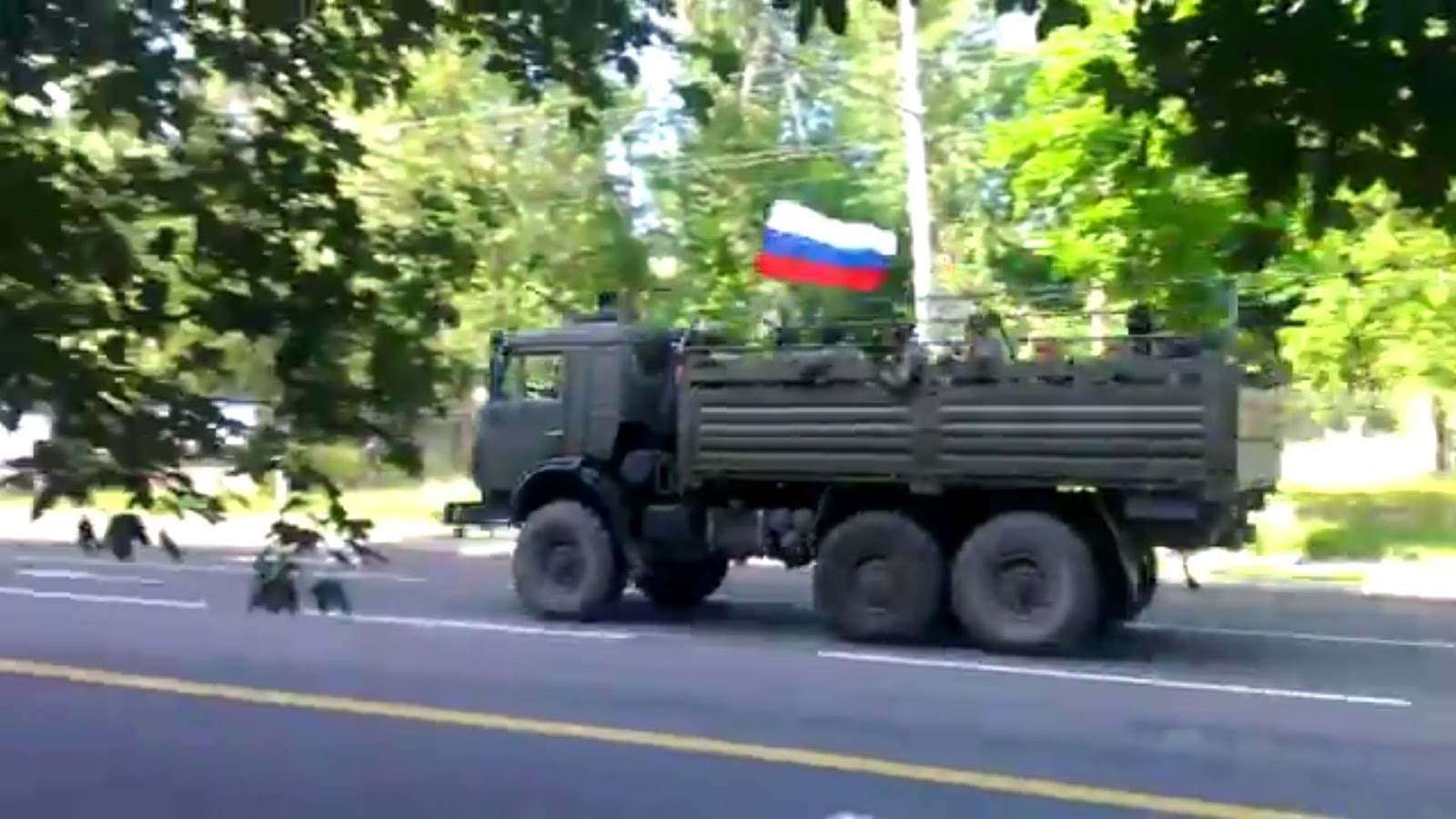