Ukrainian army is NOT in control of Slovyansk at all.

This is the current situation in Slovyansk.

The Ukrainian Army has checkpoints around the city. But on the Eastern side the rebels have a huge stronghold and therefore they are NOT surrounded, nor cut off. Through the Eastern route they have been and are able to send in supplies, people, ammunition as well as AT or air defense systems.

Since the 18th they are attacking the tv-tower and the southern checkpoint, probably in attempts to connect their lines with Kramatorsk, which is also still in control of the rebels.

On the Eastern side the army had been able to ambush rebels near the petrol station on May 5th. But now they are building huge defenses there in broad daylight: 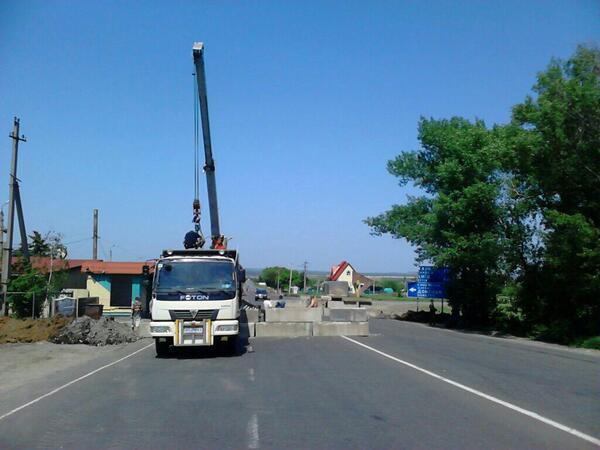