Many reports have been going out of attacks on several different checkpoints today. Yet, this concerns the same ambush on an Ukrainian convoy, but refers to different villages nearby. 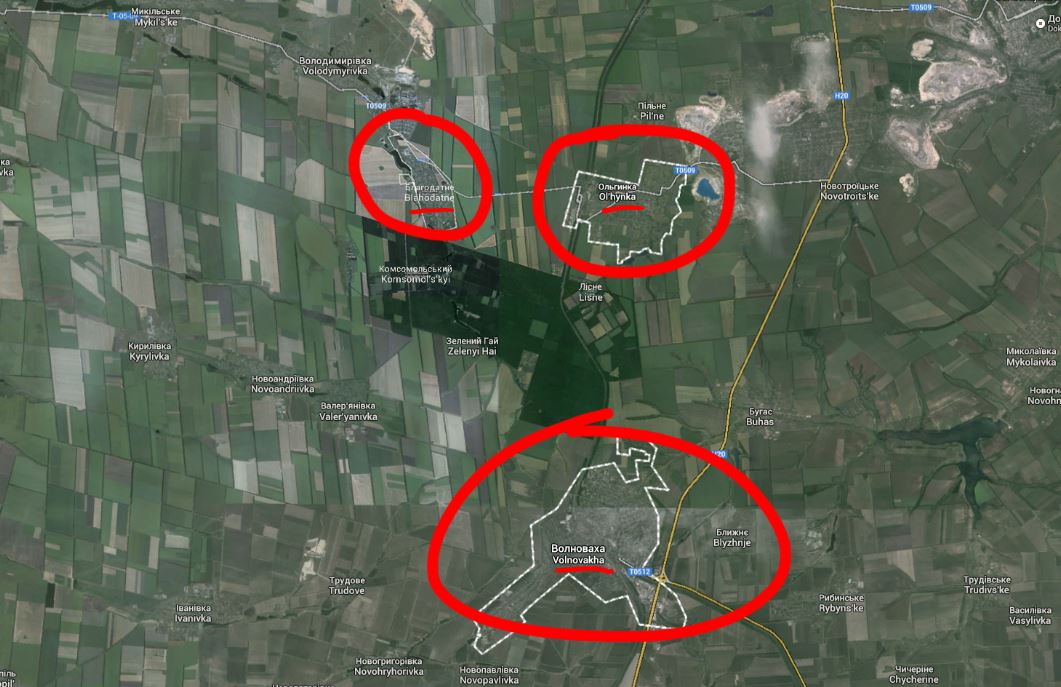 This is response from 2 helicopters on the attackers:


@djp3tros Yes! The convoy of 51th mechanised brigade was destroyed between Olginka & Blahodatne. Not at the checkpoint, not National Guards.
— Лiсовий брат (@forest_brother) 22 mei 2014


#Ukraine officer at #Volnovakha hospital tells @KyivPost that up to 20 attackers were involved, and "I'm sure they were mercenaries."
— Christopher Miller (@ChristopherJM) 22 mei 2014


Aftermath of the attack:


Also read about another ambush on an Ukrainian convoy near Kramatorsk on May 17th.

The question that should be asked is how it is possible that Ukrainian convoys get attacked so easily and deadly?