Geolocation and report of the battle in Rubizhne 22-5

Geolocation and report of the battle in Rubizhne 22-5.

NEW VIDEO 26-5:
In this video an intact column of Ukrainian vehicles can be seen entering a road into the forest.

We recognize the entrance from the railway into the forest, from the other videos below: 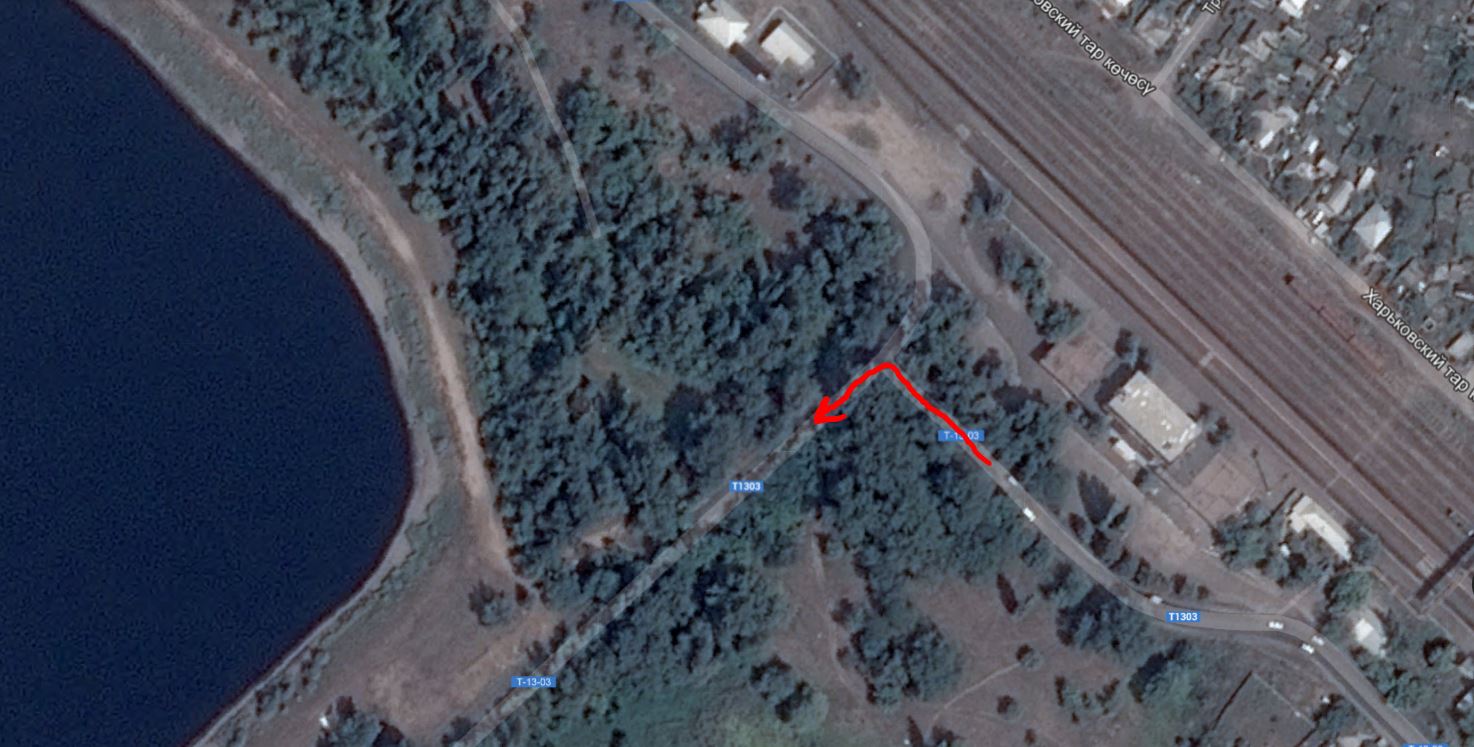 The red arrow is the movement of the column.

The column consists of:

This video  (That can not be Embedded) Shows some Burned out truck and Tanks: 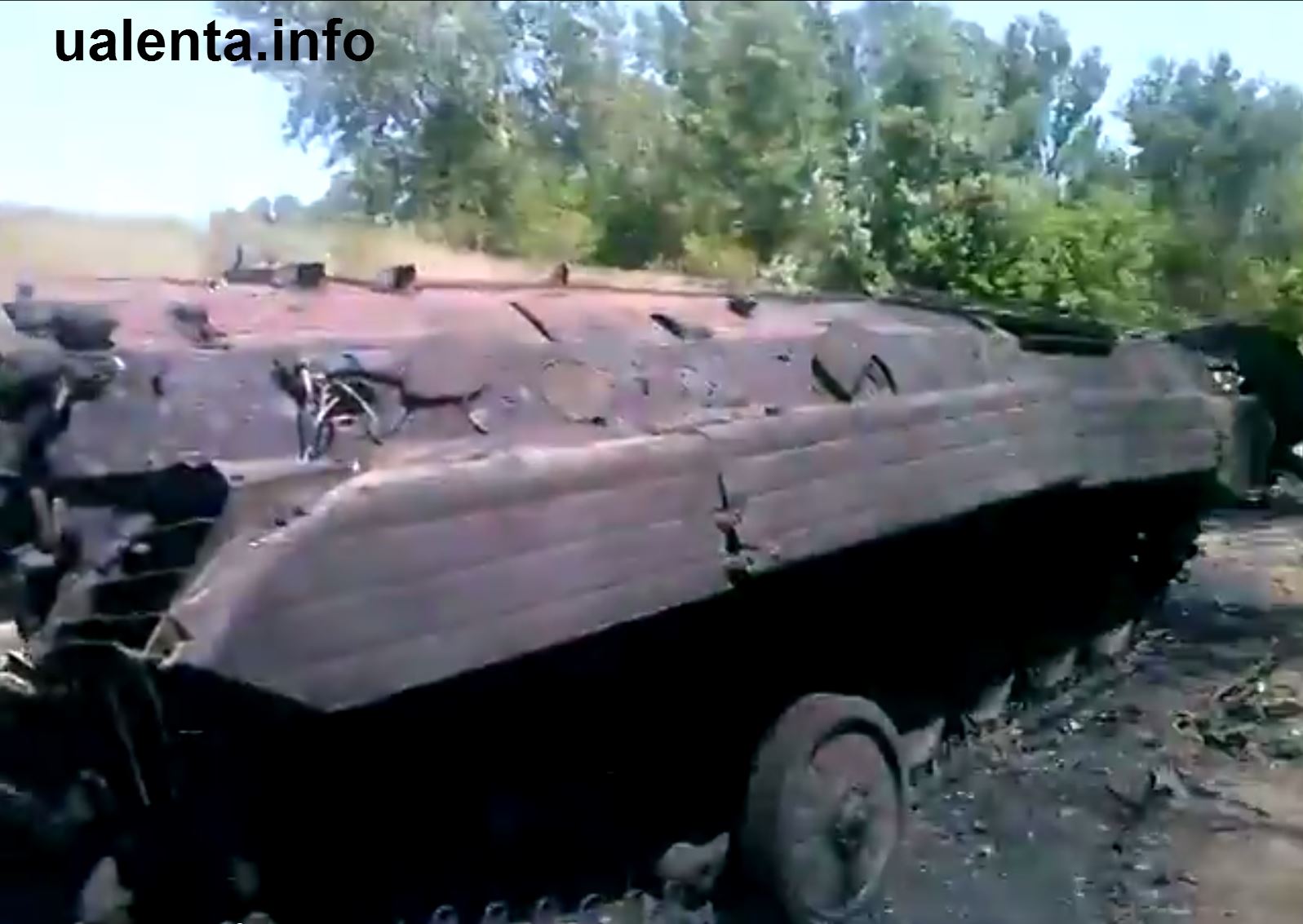 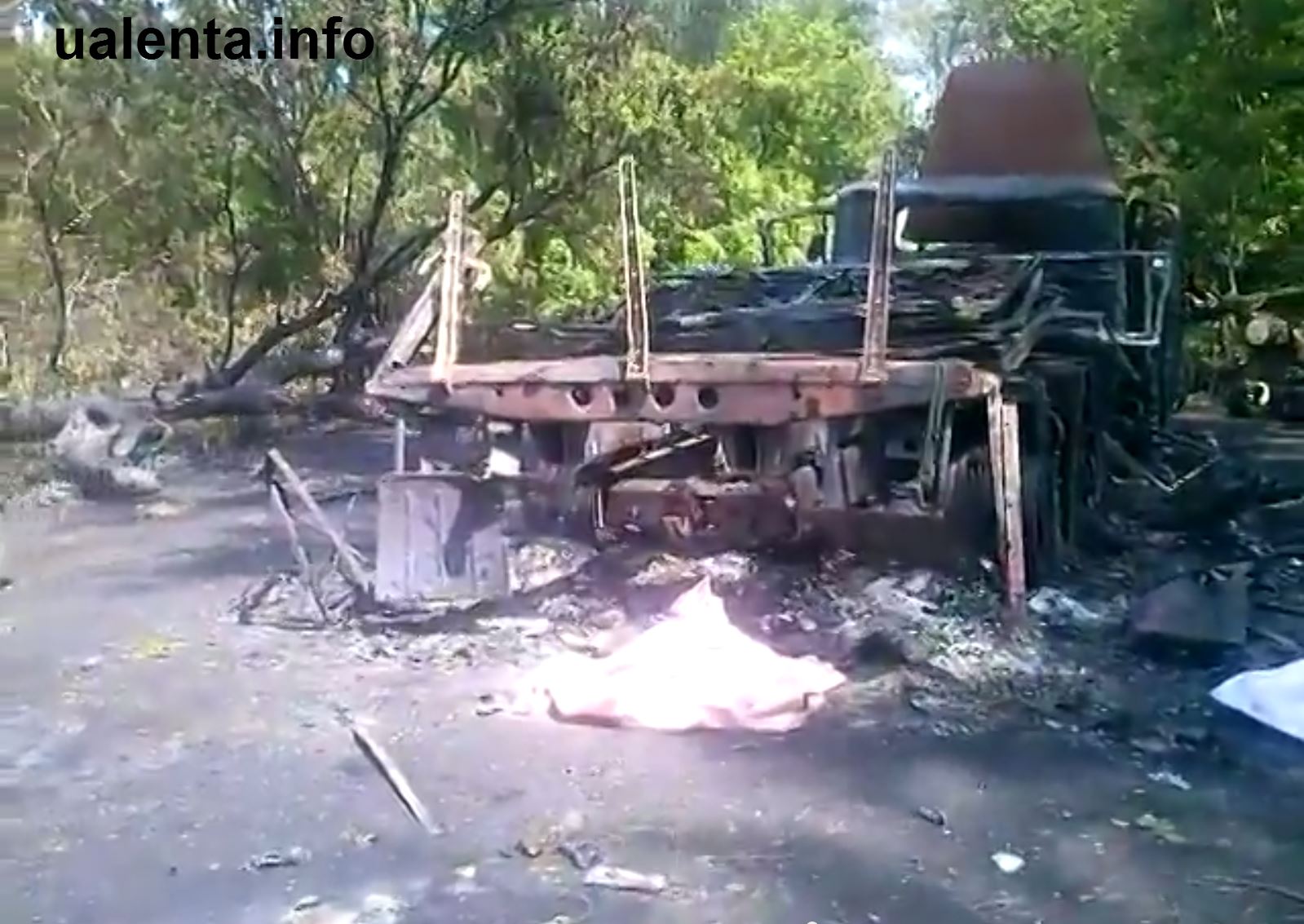 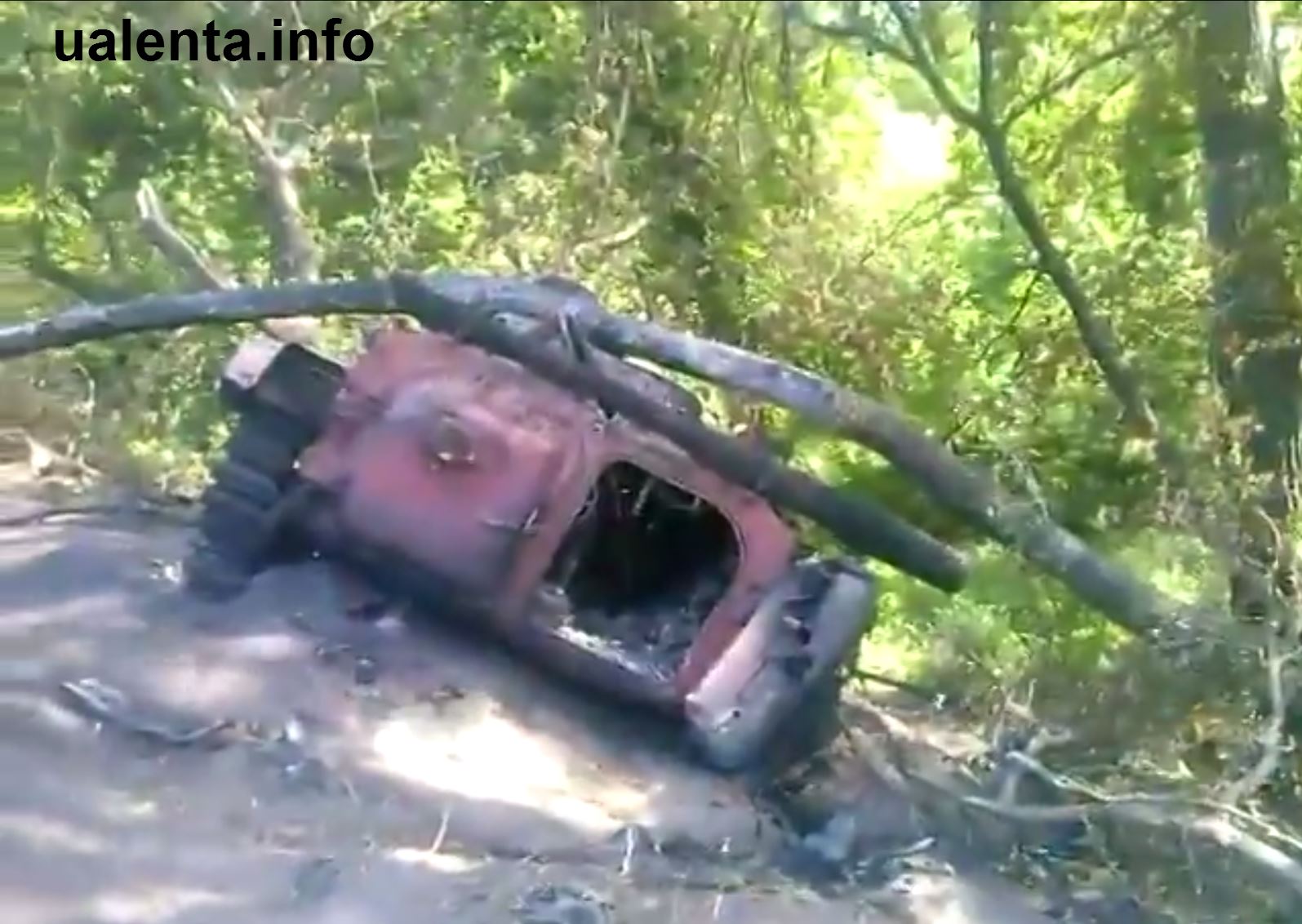 These can be matched at the end of the wall from the basin, but they are faced towards the train station:

This video  Shows the destroyed units, but Also the aftermath of Fighting That HAD taken Place at the Bridge: 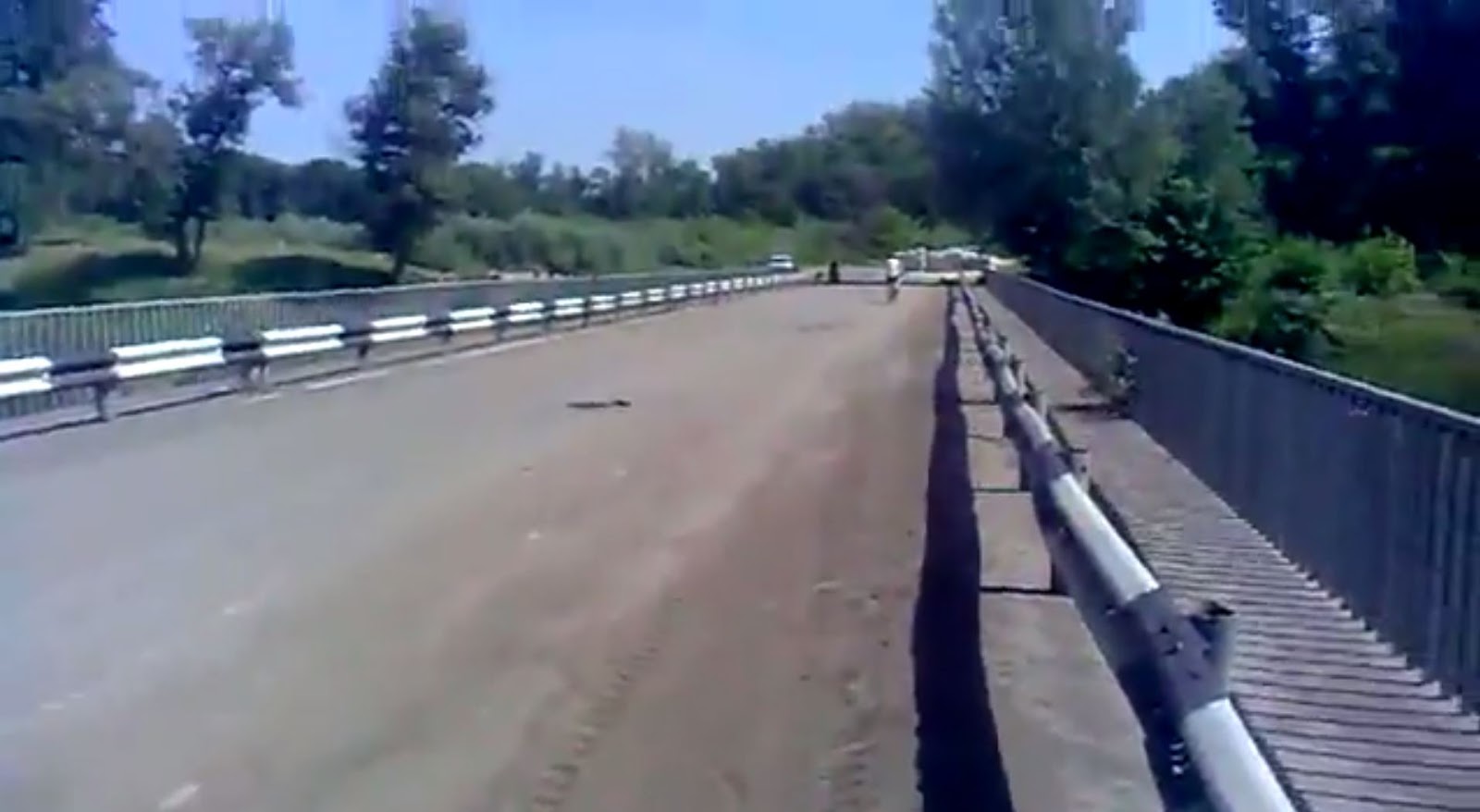 It means the column has been going to the bridge to secure it and remove rebel-checkpoint and then returned, but got ambushed / attacked on the way back.

In these videos tanks can be seen firing near the railway:


Screenshots from the first video: 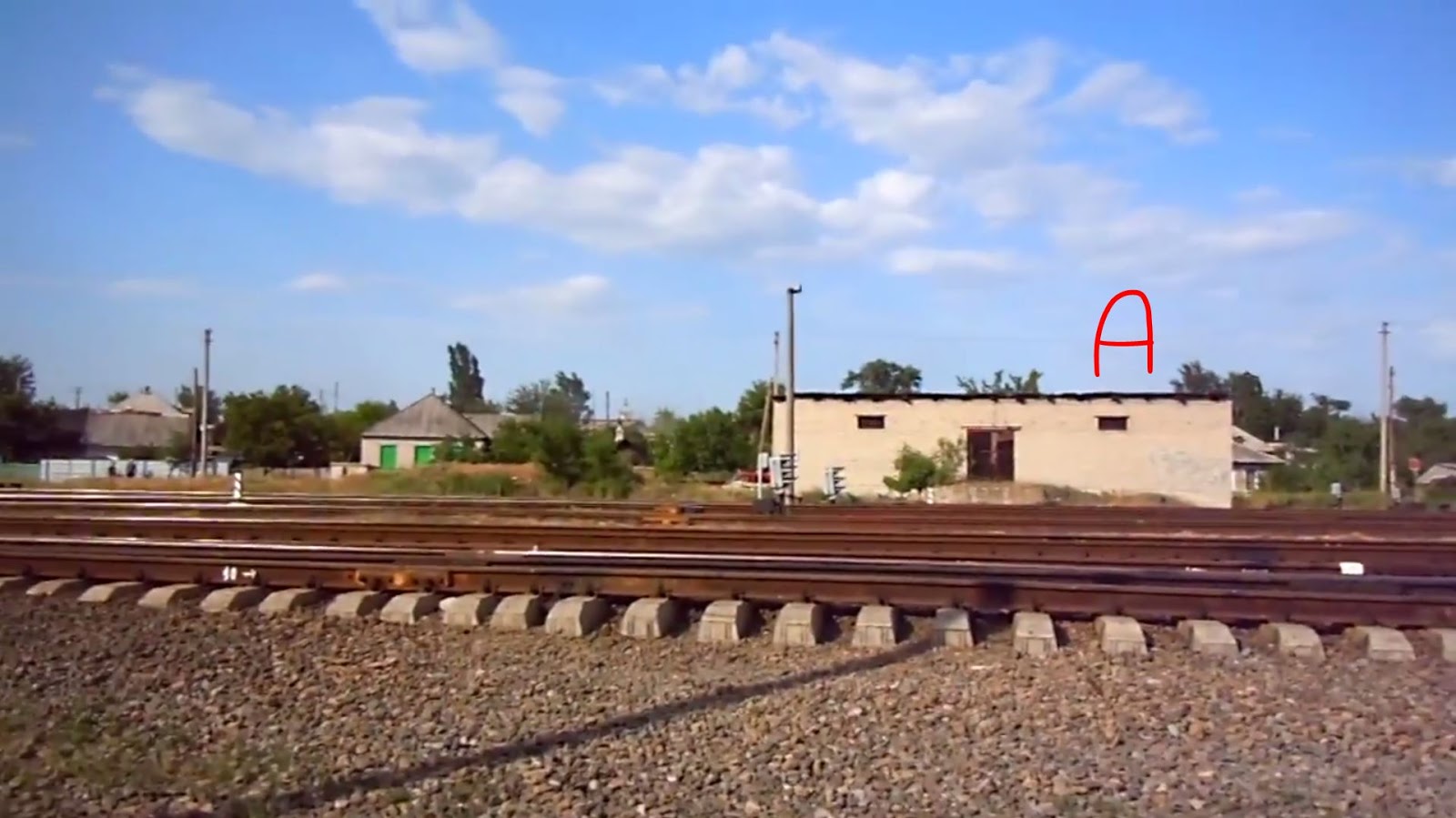 Map of the location: 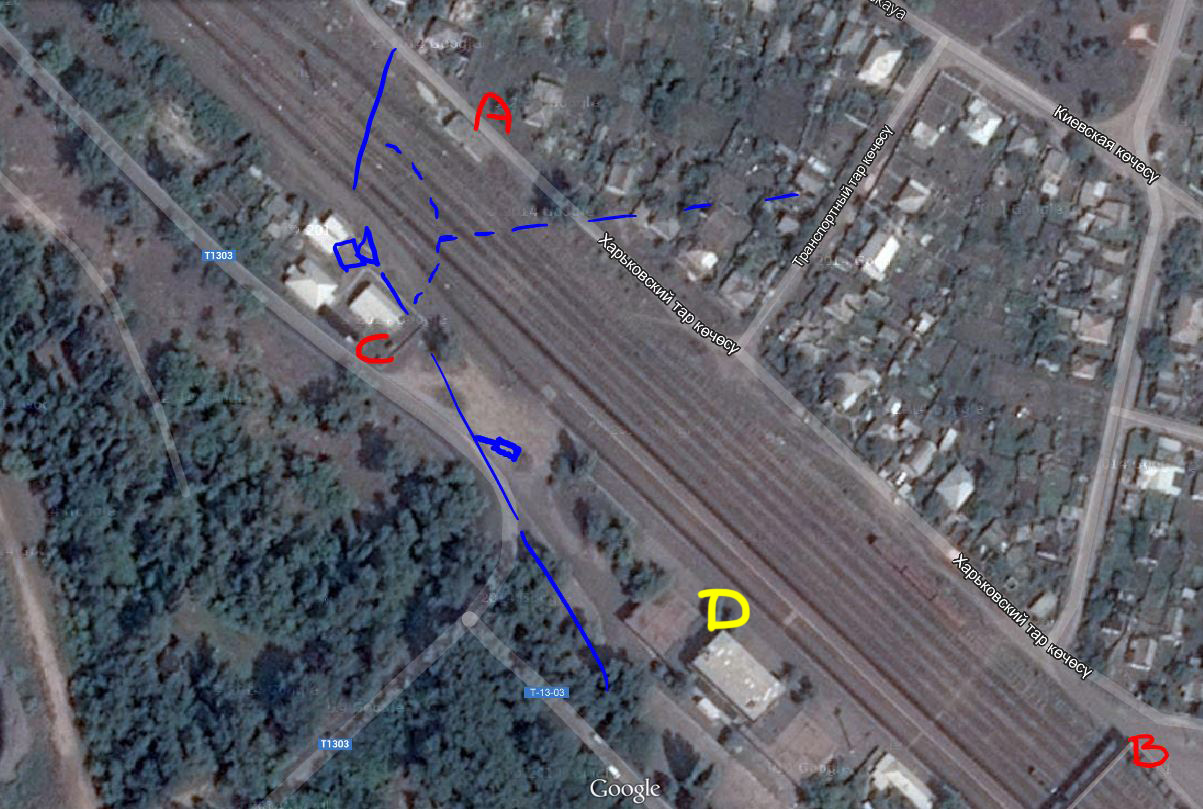 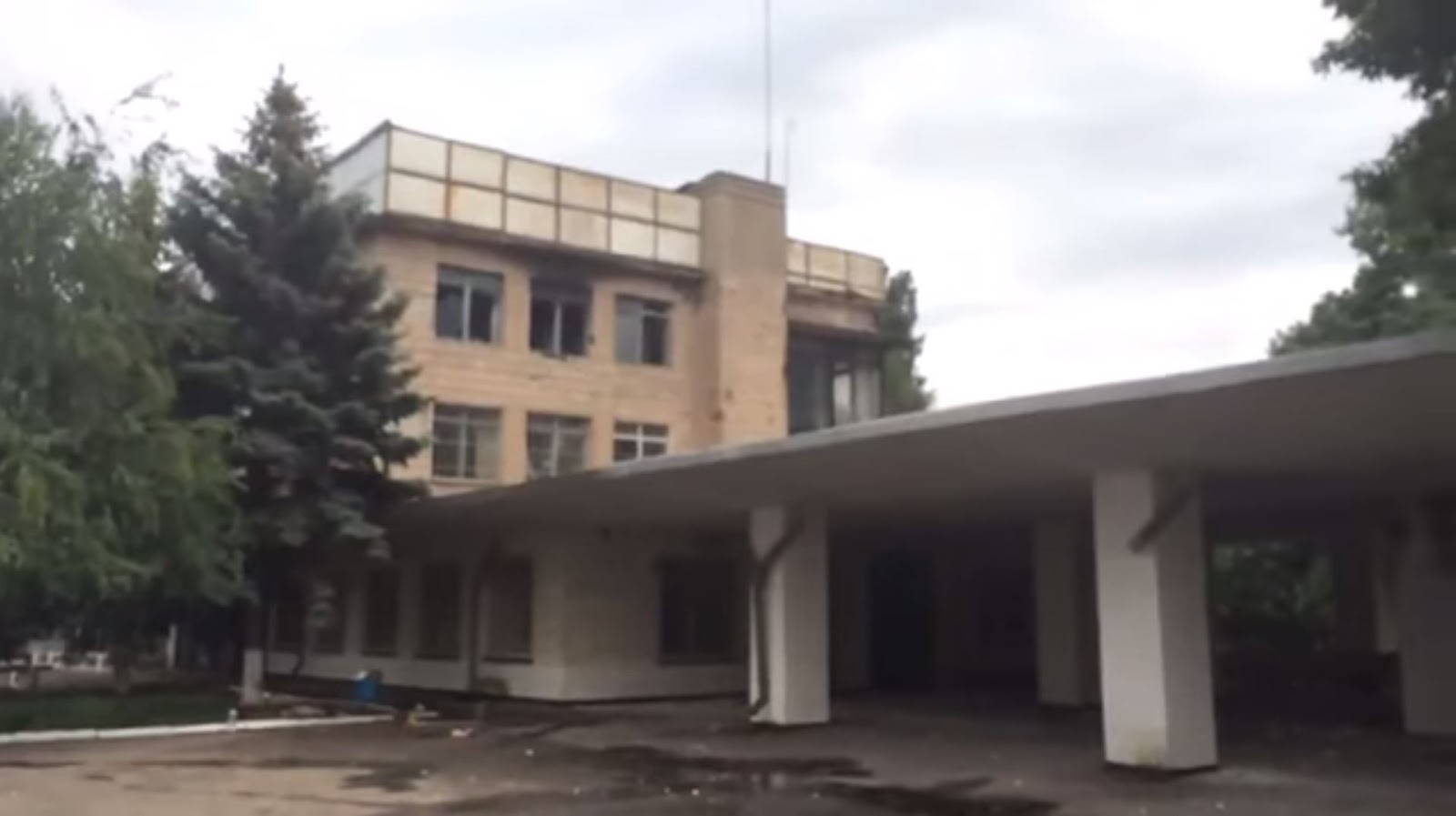 An RPG has been shot from the railway station and it is being fired upon. The video also shows the damage done to the building.

Since in these videos more than one tank can be seen, there has more units involved than we have seen in the first video.

SURRENDER IN THE BUSH
Since the battle took place near the railway, this video of a defecting unit can very likely be determined too:

Looking in one direction the area is open at the end of the path: 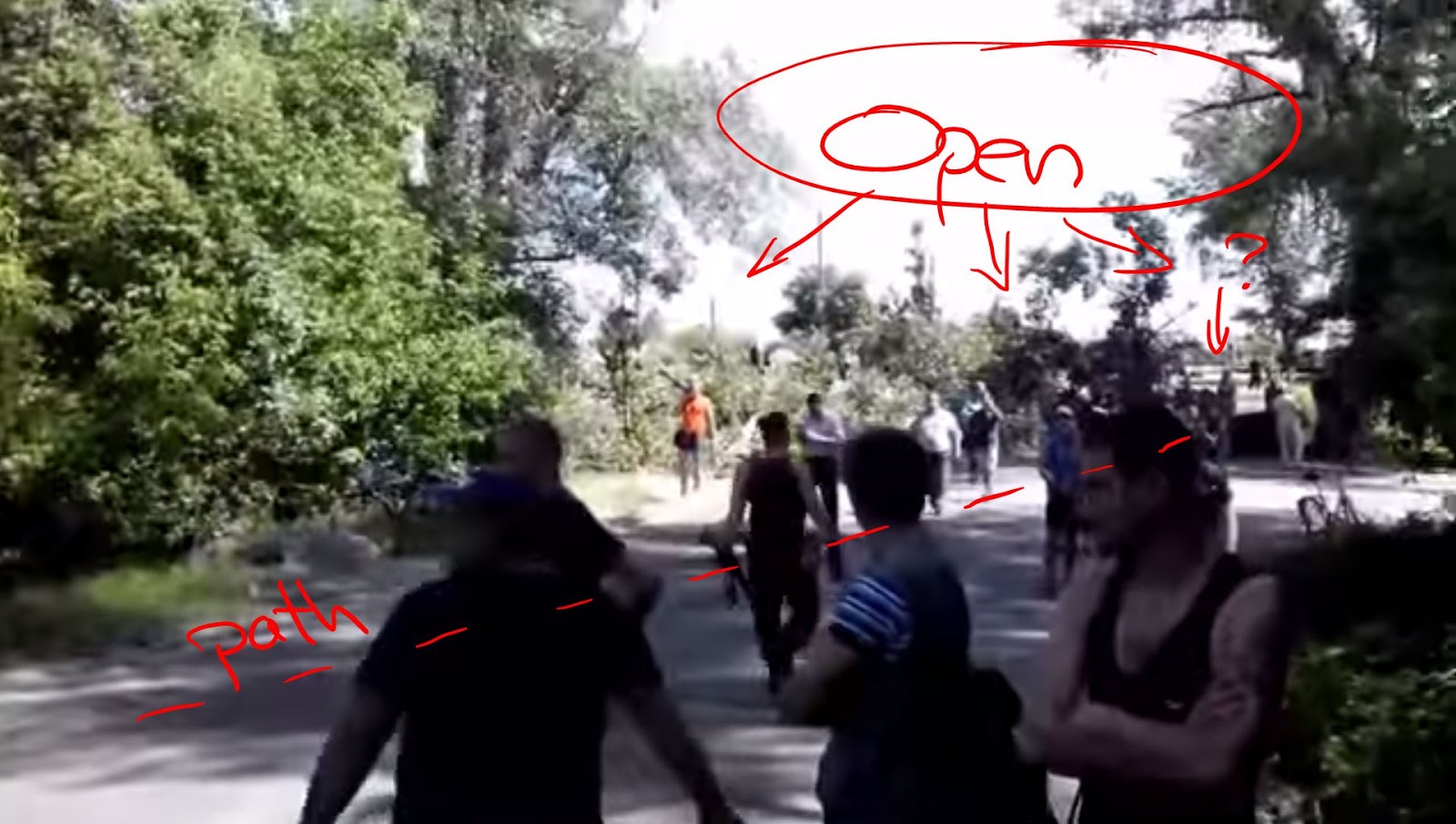 In the other direction there is bush and trees everywhere and another path attached in an angle. 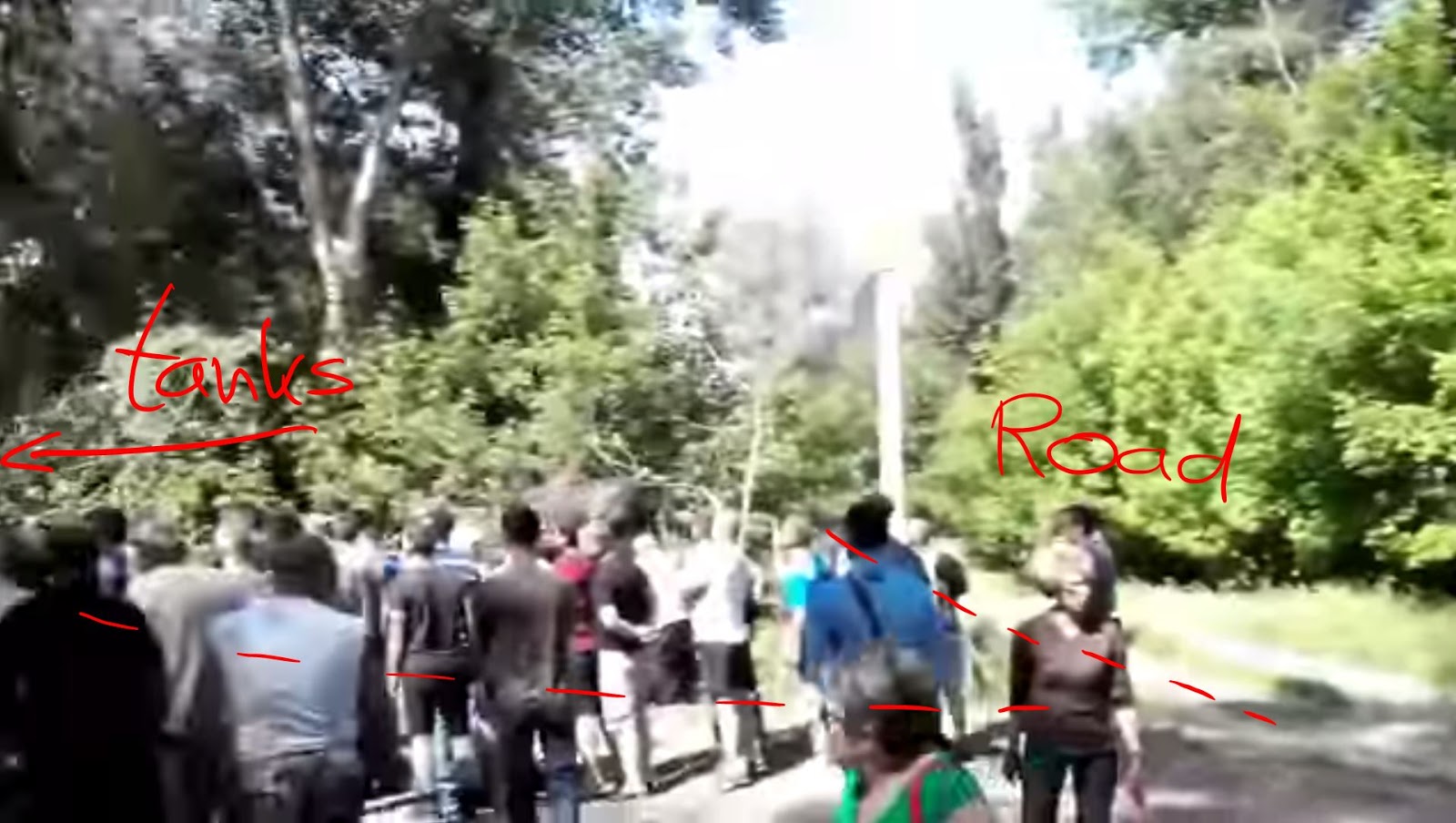 The tanks seem to be squeezed between the trees: 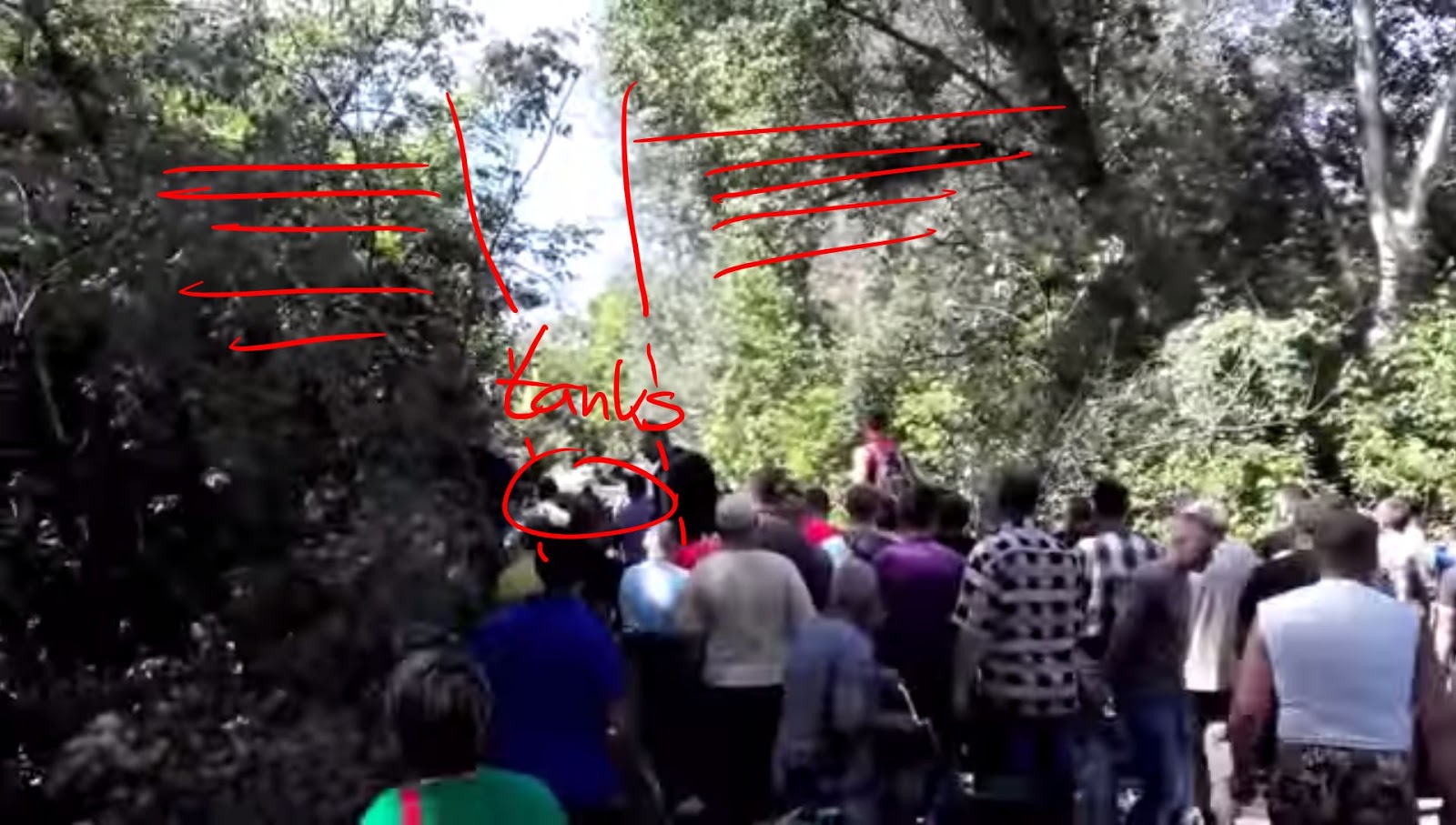 The bushes nearby the railway have a similar path and narrow angled and tight path attached to it. It's very likely that spot: 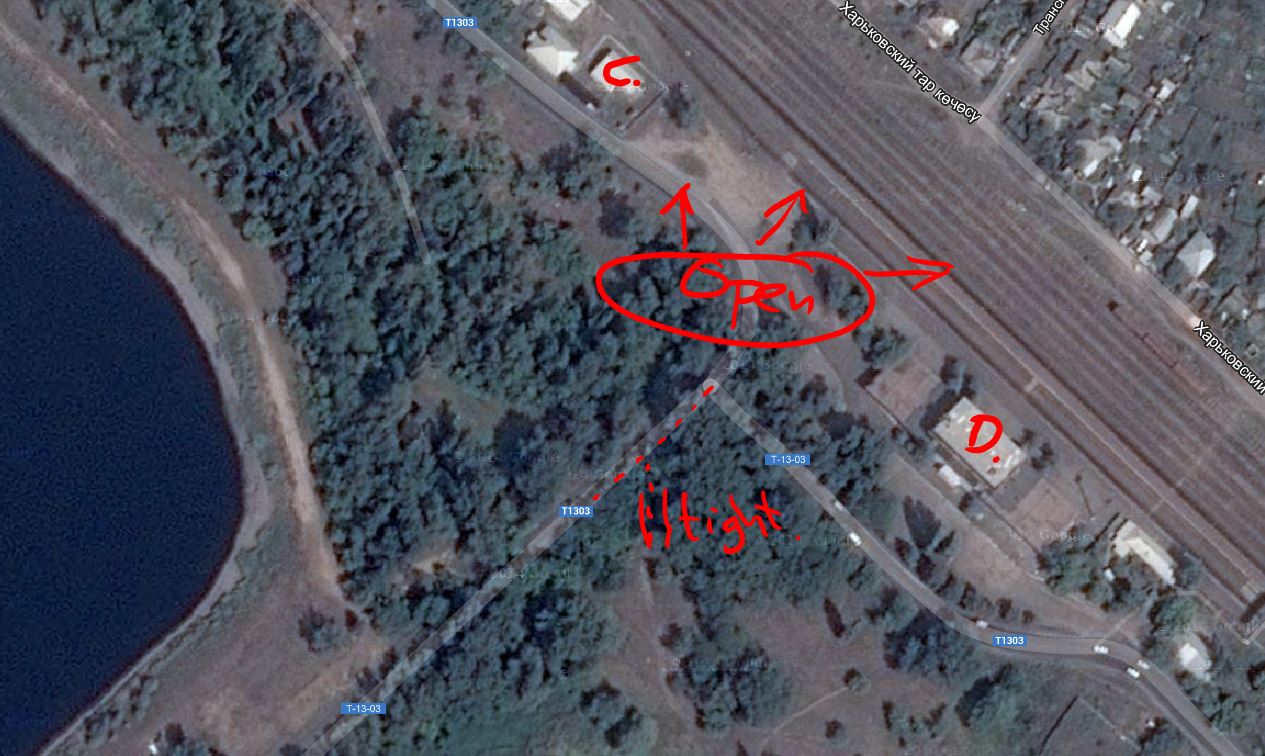 Two more videos belonging to the same event:
Here some defecting soldiers (or rebels dressed up as Ukrainian soldiers?)

This video has been taken from the other side:

This video has also been taken from the other side, but further down the railway: 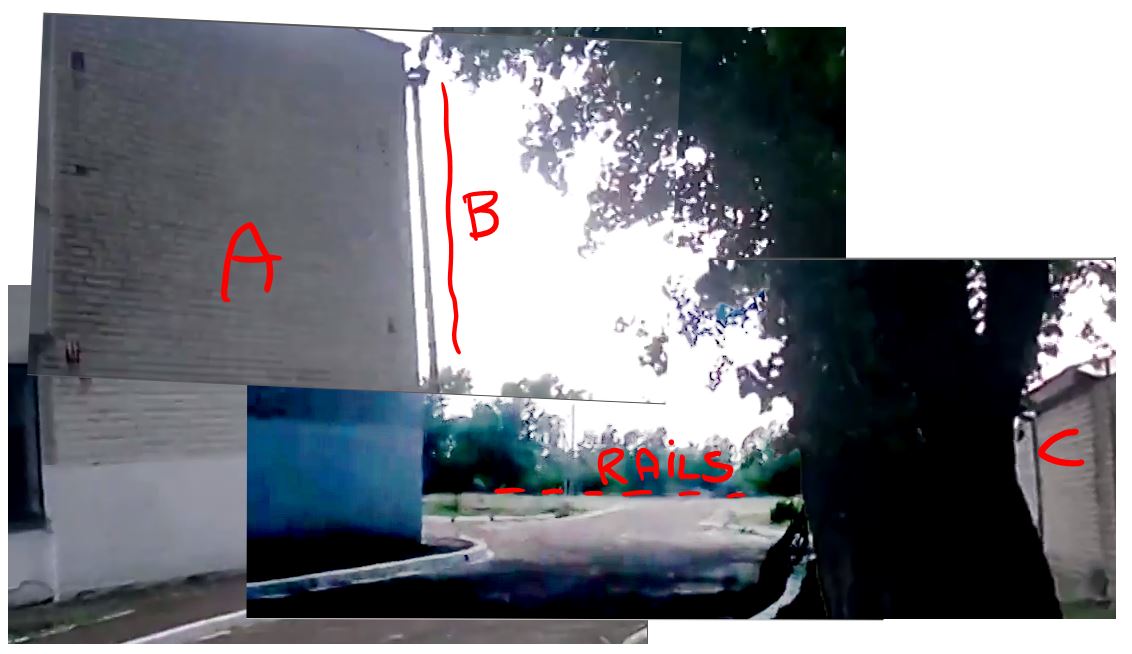 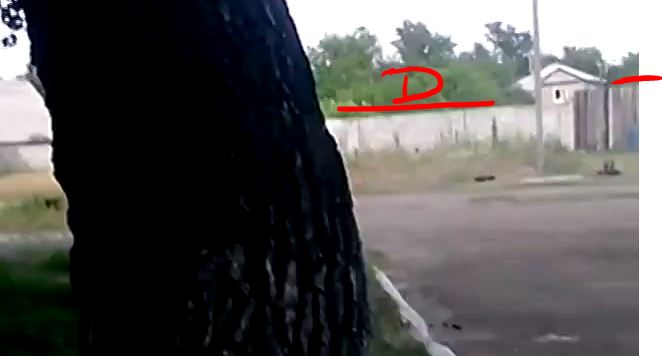 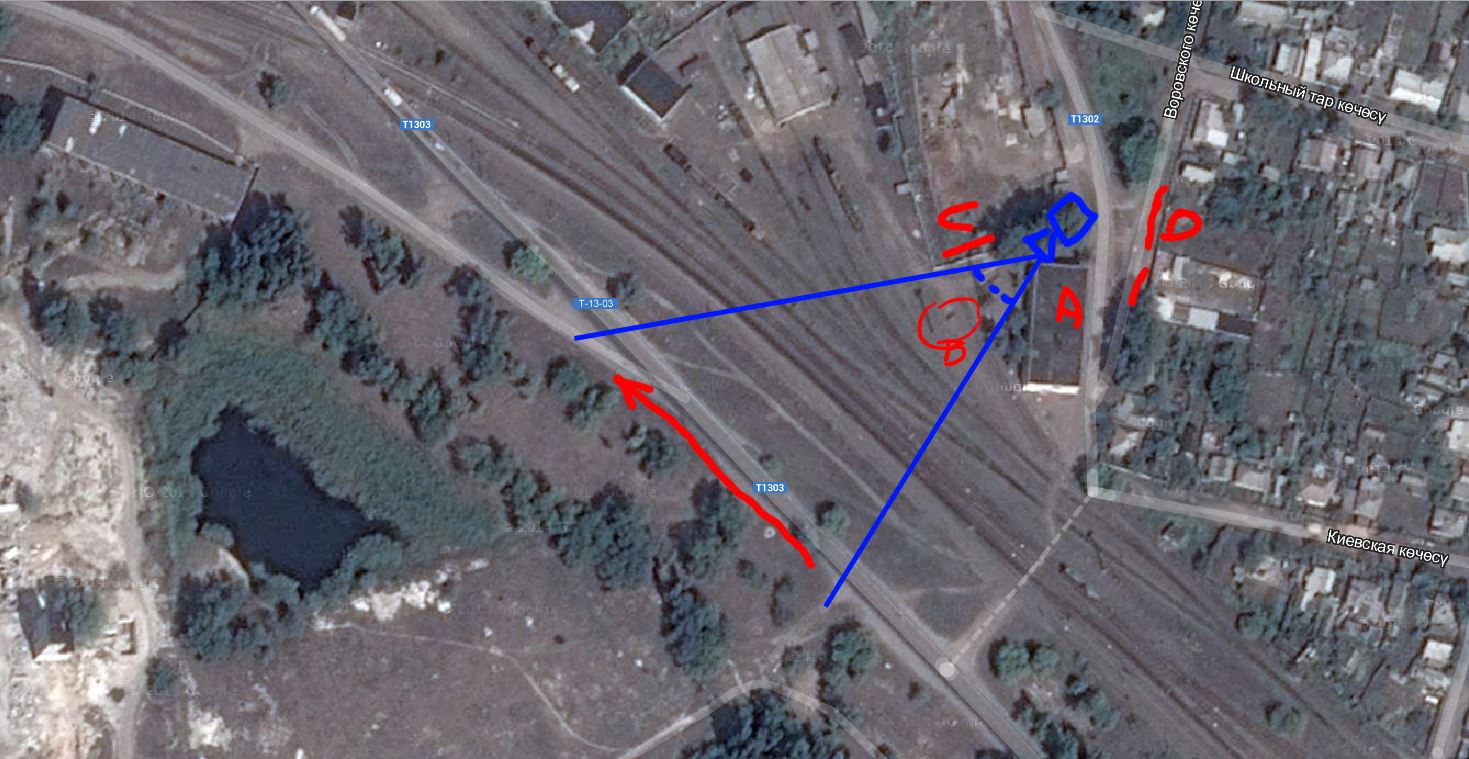 This makes the total Ukrainian movements after arrival, look like this: 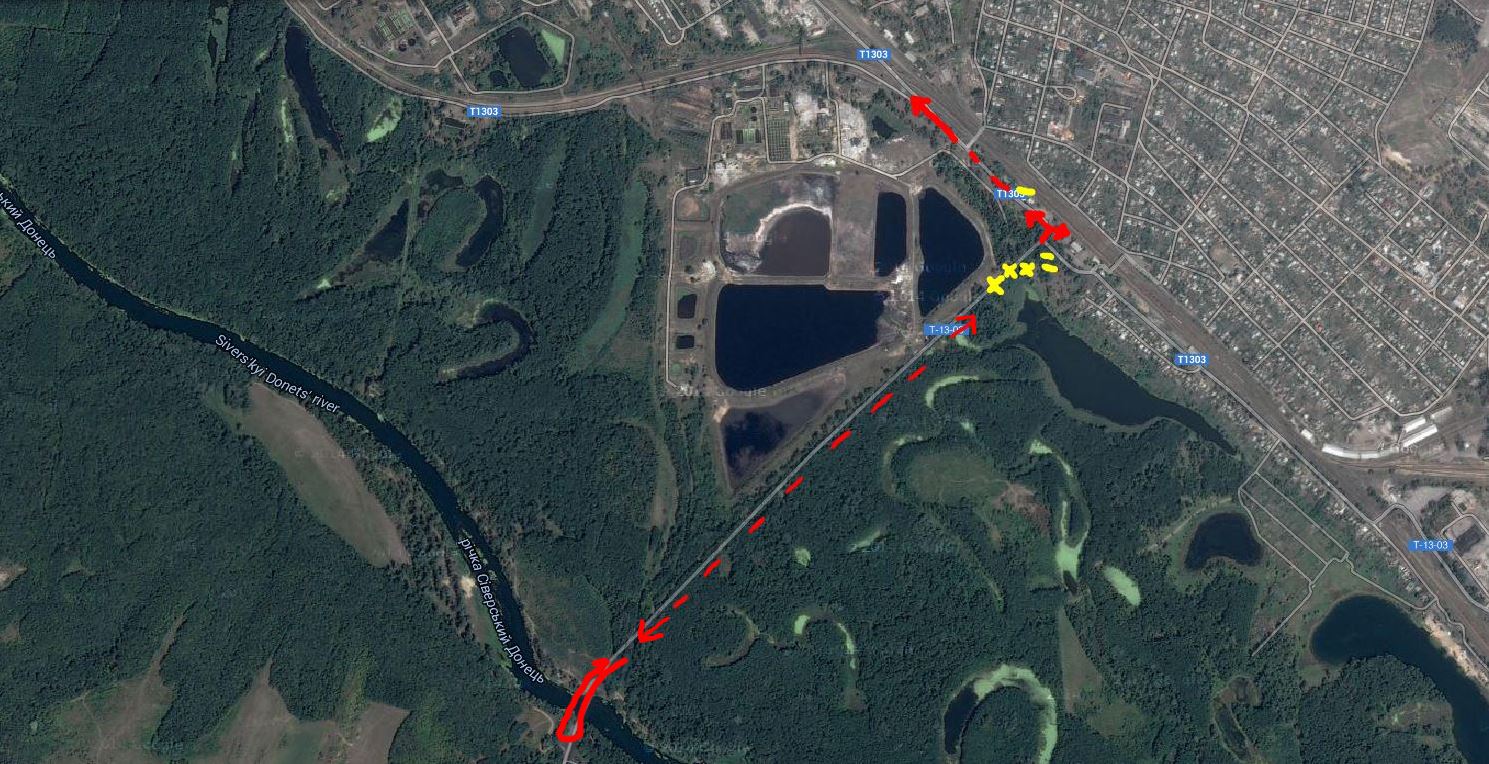 (An 'x' is a destroyed unit. A '-' is a defecting unit. Arrows show movement direction.)

This video shows some activity from the rebel side. Exact locations are hard to determine, but it must be in and around the area of ​​the railway station.

And another one from rebel point of view with random footage:

And yet another one. They were looting stuff:

Probable scenario looks like this:
The goal of the Ukrainian army might have been to secure the bridge, since reports had been out that the rebels may have wanted to destroy it. They moved towards the bridge through a long narrow road, and were not able to clear it or pass it. So they decide to return.
On the way back the rebels had a surprise for them waiting. Two tanks and a truck were destroyed. The rest had to make a detour through the bush.

In the end some vehicles got stuck maybe and were harassed by locals and decided to give up ... When reinforcements came in, the rebels tried to destroy more at the railway station, but got heavy fire back.

Up north at the exit of the city is a known Ukrainian checkpoint. Where the army base is, is unclear.


The city of 105,000 Inhabitants Lysychansk # in # Luhansk Oblast is Under full control since Terrorist Today. The ATO failed there on Thursday.
- ConflictReporter (@ MiddleEast_BRK) 25 mei 2014

For a larger scale understanding of this battle look here.
An  interactive map of this area can be found here.

KyivPost has an interesting article from the point of view of locals.
Another eyewitness report can be found here. This one makes a lot of sense, but contradictory elements remain.
Posted by Ukraine@war at 3:10 PM