Another made up story by notorious Vostok batallion?

The story has been told that the Ukrainian army blew up a truck with their wounded and as such killed many.
Now have a good look...

Notice how mainly the front window is riddled, as well as the side door which is open. 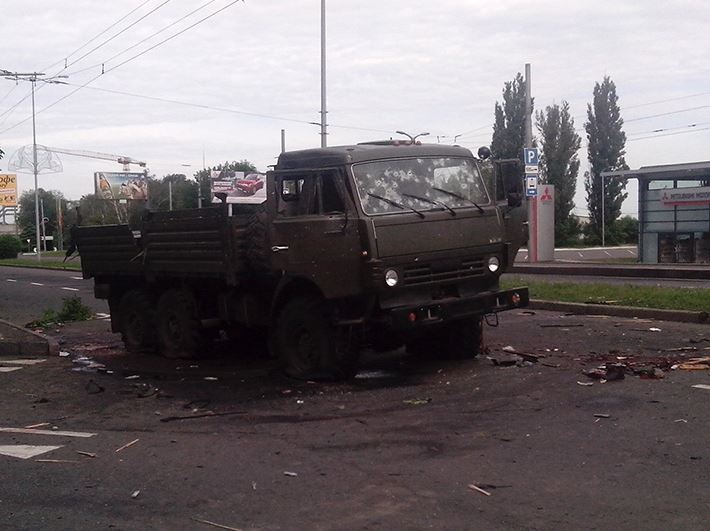 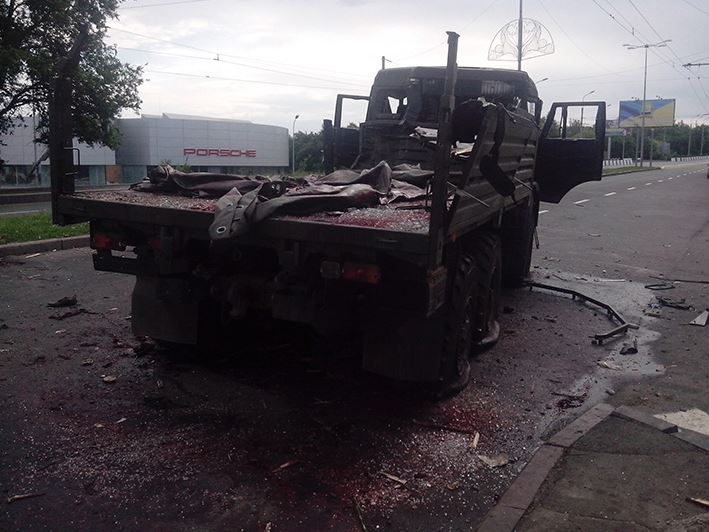 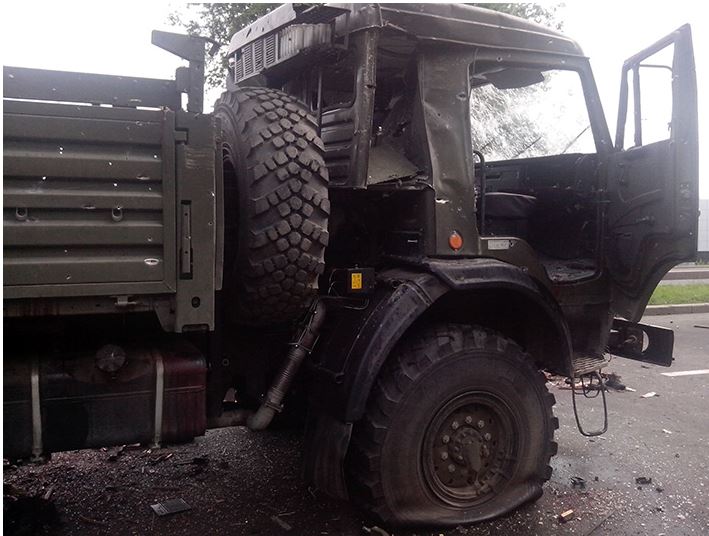 At the back side you can see that there is a lot of obstruction. Also the inside of the open door is still intact. This means the truck has been shot at FROM THE FRONT.

Look in Google streetview what this position is and how it matches the photos (notice that the Porsche building is not there yet):

In these photos you can also see that the bullet holes in the front of the truck are bound INWARDS, not OUTWARDS. It also shows the bullets came from the front side. 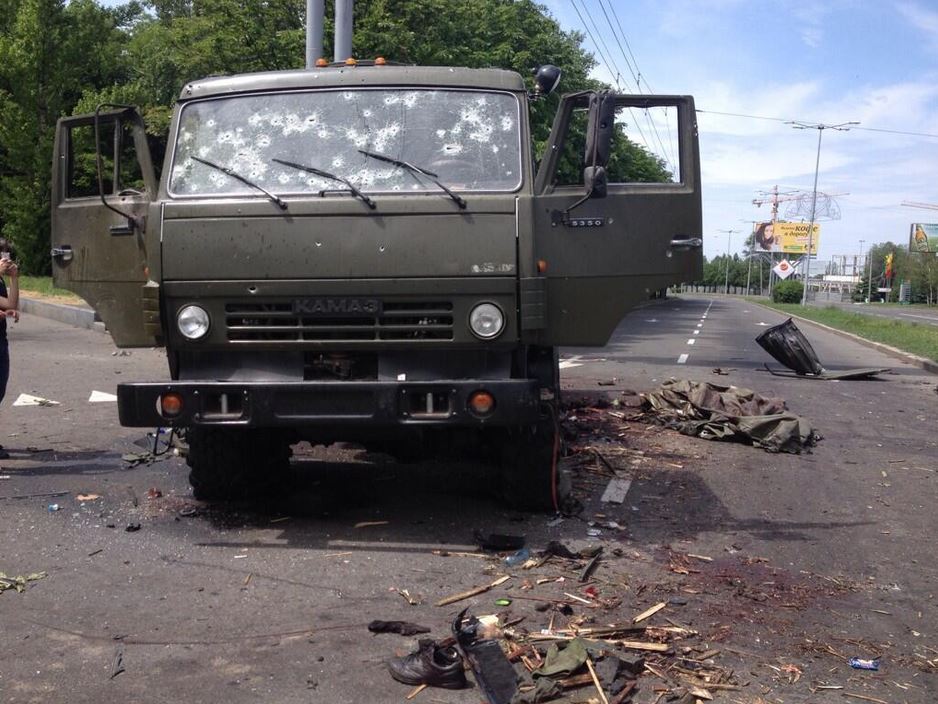 If these bullet holes would have been from an earlier shooting that day, the driver would have removed the window, because it is impossible to see anything anymore, especially at night. Now, this is the situation map: 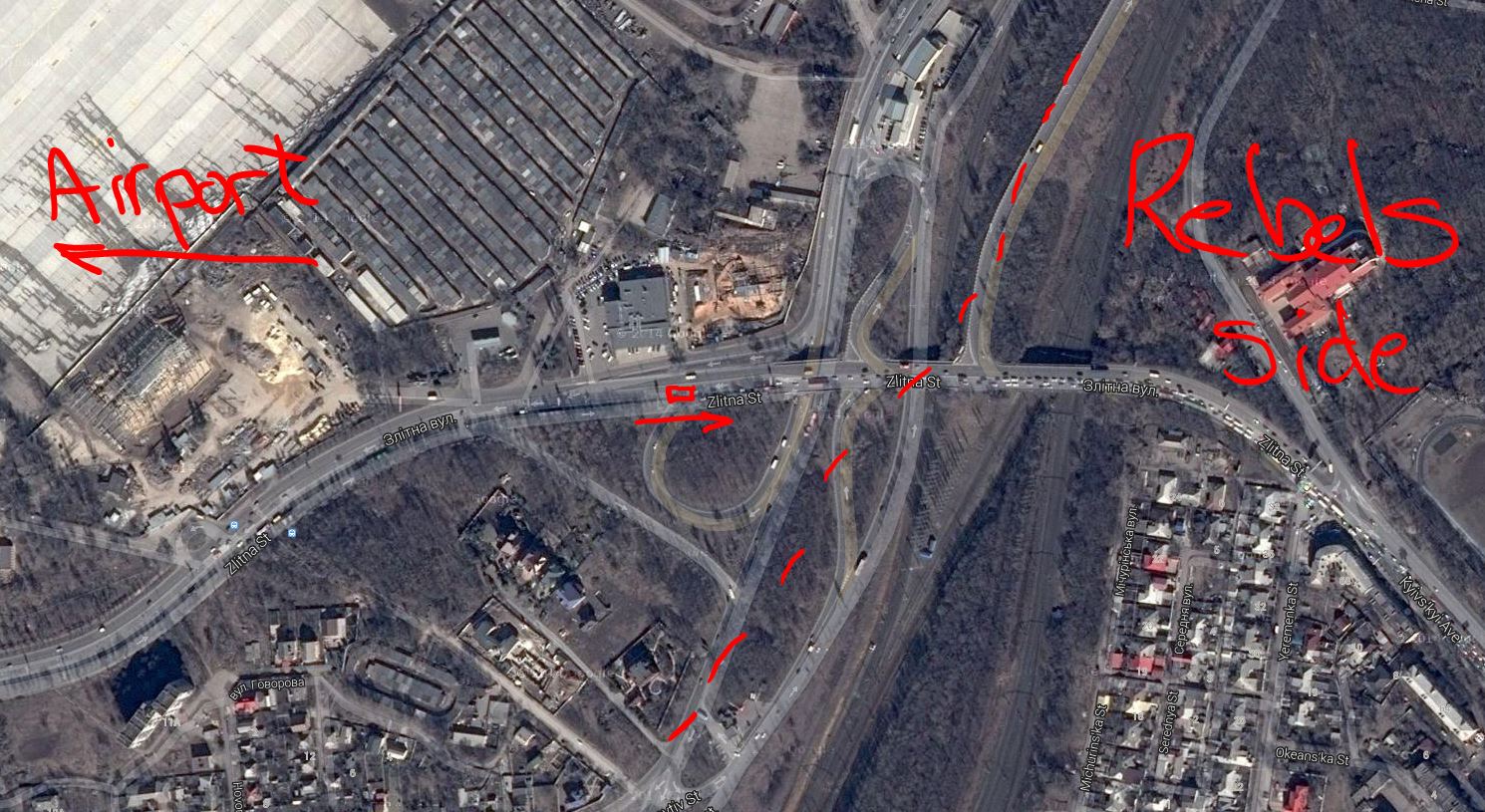 The Ukrainians where at the airport, which is at the left side of the map. The rebels were at the right side. Look here for details and report about the situation.

The car is FACING TOWARDS the rebel side.

So we have to ask this question: How is it possible that a truck full of Russian (wounded?) mercenaries drives AWAY FROM the Ukrainian position TOWARDS the rebel side and then gets riddled from the front?

It is impossible that a helicopter shoots at the truck and only hits the window.

Did Vostok battalion make up another story for Russian propaganda?

What really happened
What really could have happened is this: they gathered all their dead, loaded them into a truck, put it on that particular spot, riddled the window and front side, made a scene of the location, just to have another gruesome story for journalists to photograph and write about, and tell everybody that the 'Ukrainian Nazis shot an ambulance with their wounded...'

What really happened is that they miserably failed in their attempt to seize the airport and just lost many men.

Note that Vostok battalion is notorious for making up stories without having any respect for their own dead. You can find another such story here (GRAPHIC).


UPDATE: GRAPHIC video of the bodies lying around the truck

Another video of the aftermath:

In this one you can clearly see these bullet holes are outbound. It means they were shot through the door, from the side of the forest not from the Ukrainian side.
The forest was the hiding place of the rebels when they retreated as can be seen in the videos about the attack. 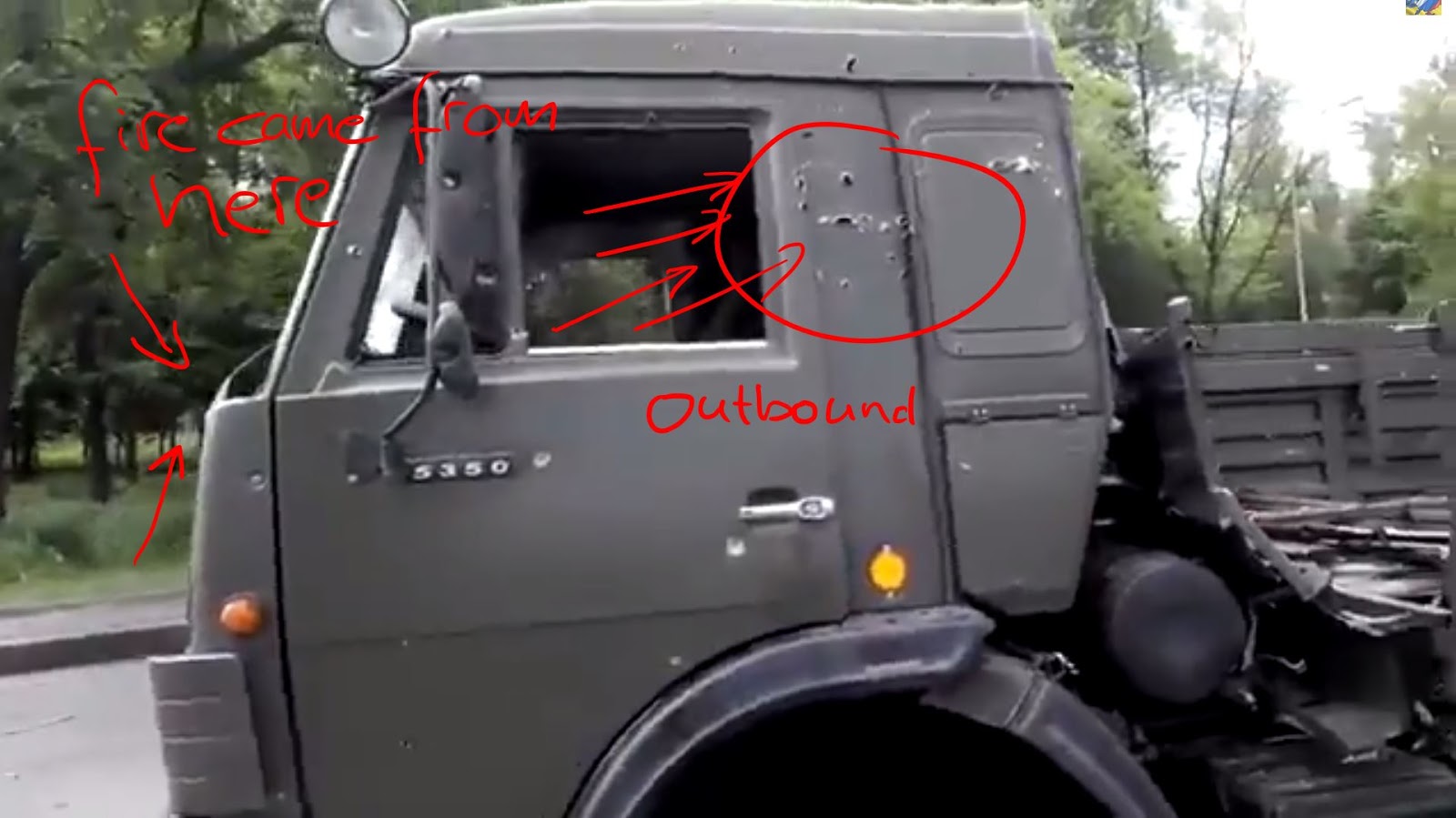 UPDATE
This interview with a Vostok member who was in the second truck confirms they had been shot by their own people.