How many people in Donetsk REALLY are pro-Russian?

Today (31-5) there is a pro-Russian rally in the center of Donetsk.


There seems to be u huge number of people supporting the separatist ideas?
Jean Valleyon asks the right question:


@paulgypteau Needs an aerial photo. This looks like a propaganda photo of a few people.
— Jean Valleyon (@jeanvalleyonn) May 31, 2014


But we don't need an aerial photo. We can count them just like this: 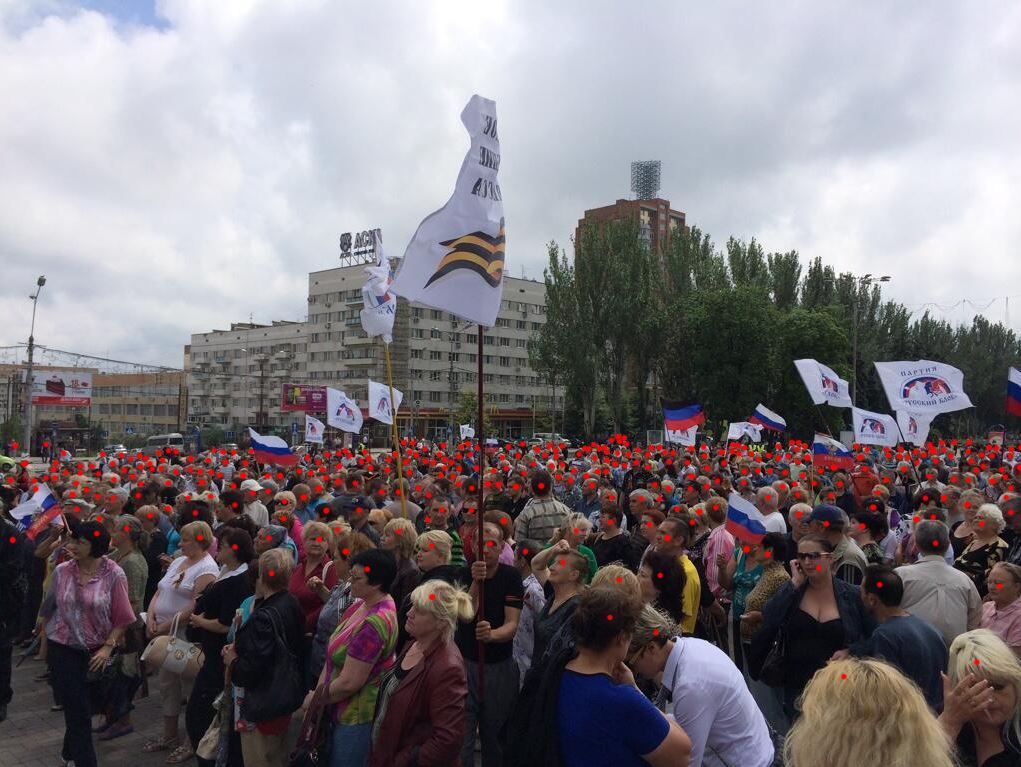 There are 325 red dots on the photo. Maybe there are really 350 people there. And there might be a total of 400 people including the ones not on the photo.


Help spread the message. Retweet this:

There is more to retweet: you can find my Top Ten here.