Geolocations of fighting at Donetsk airport 26-5

Geolocations of fighting at Donetsk airport

Video of Ukrainian helicopters flying towards the airport: 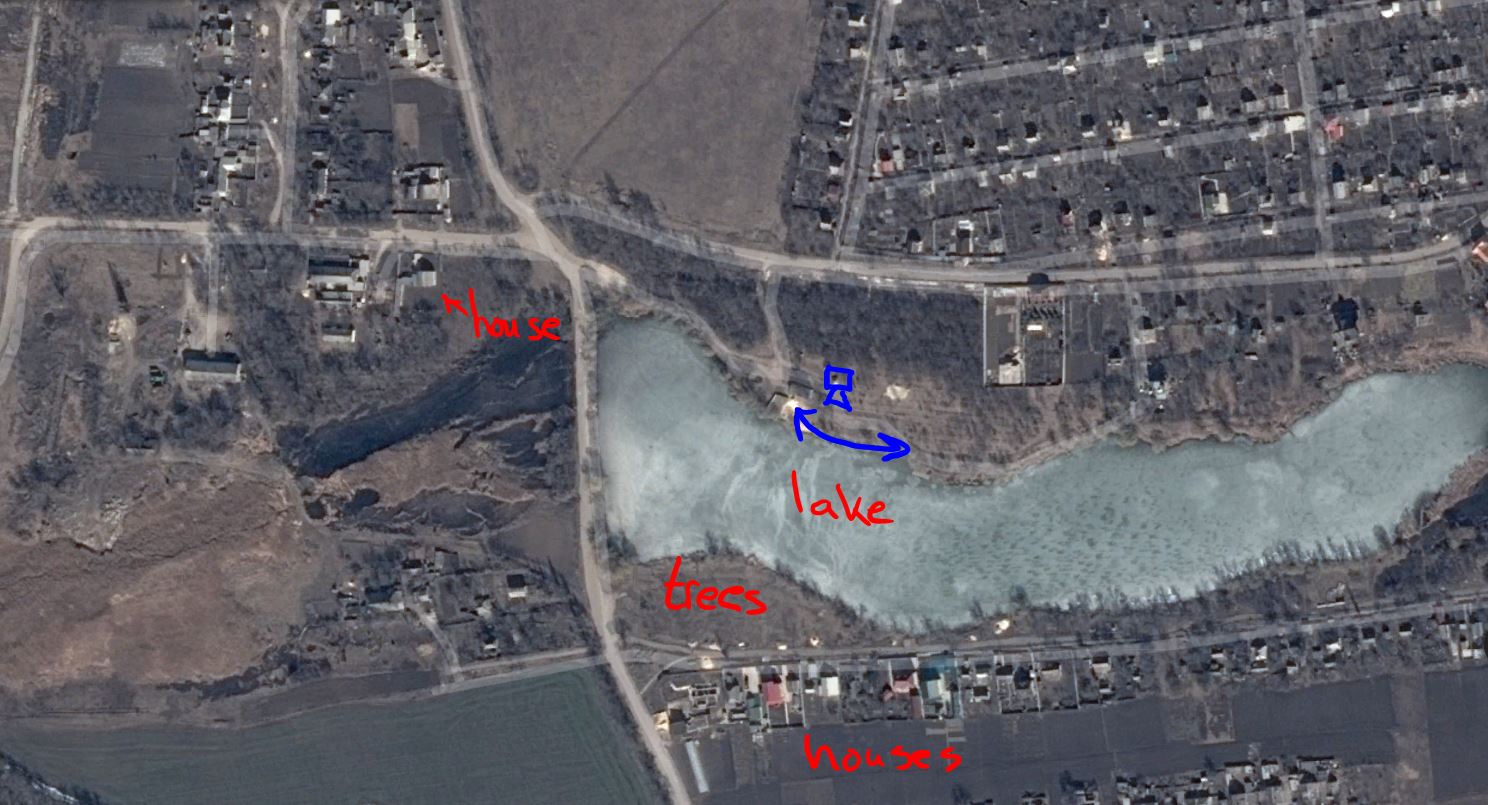 Another video of the helicopters:

And the location of the cameraman: 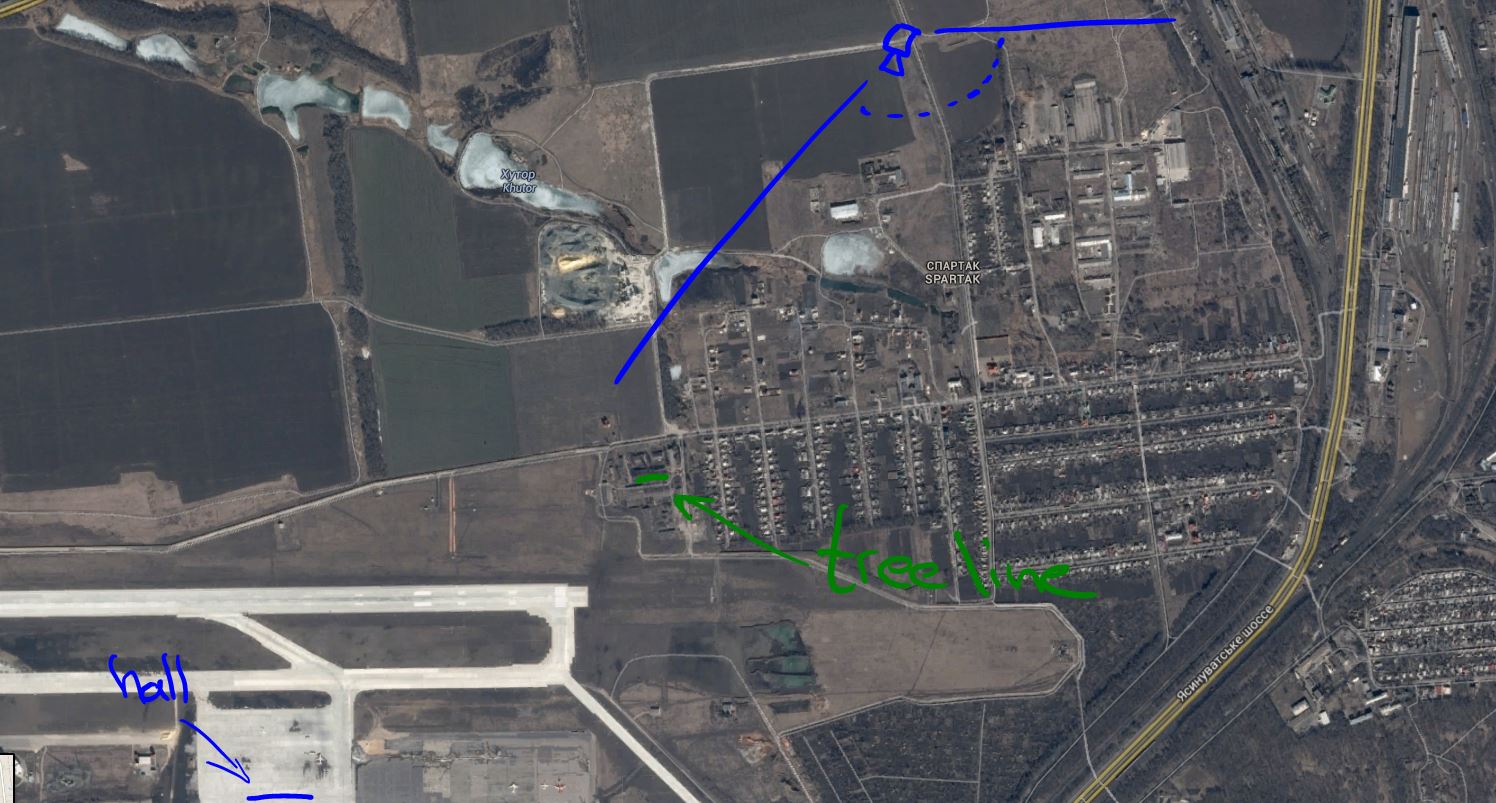 Automatic grenade launcher on the roof (maybe only for the photos): 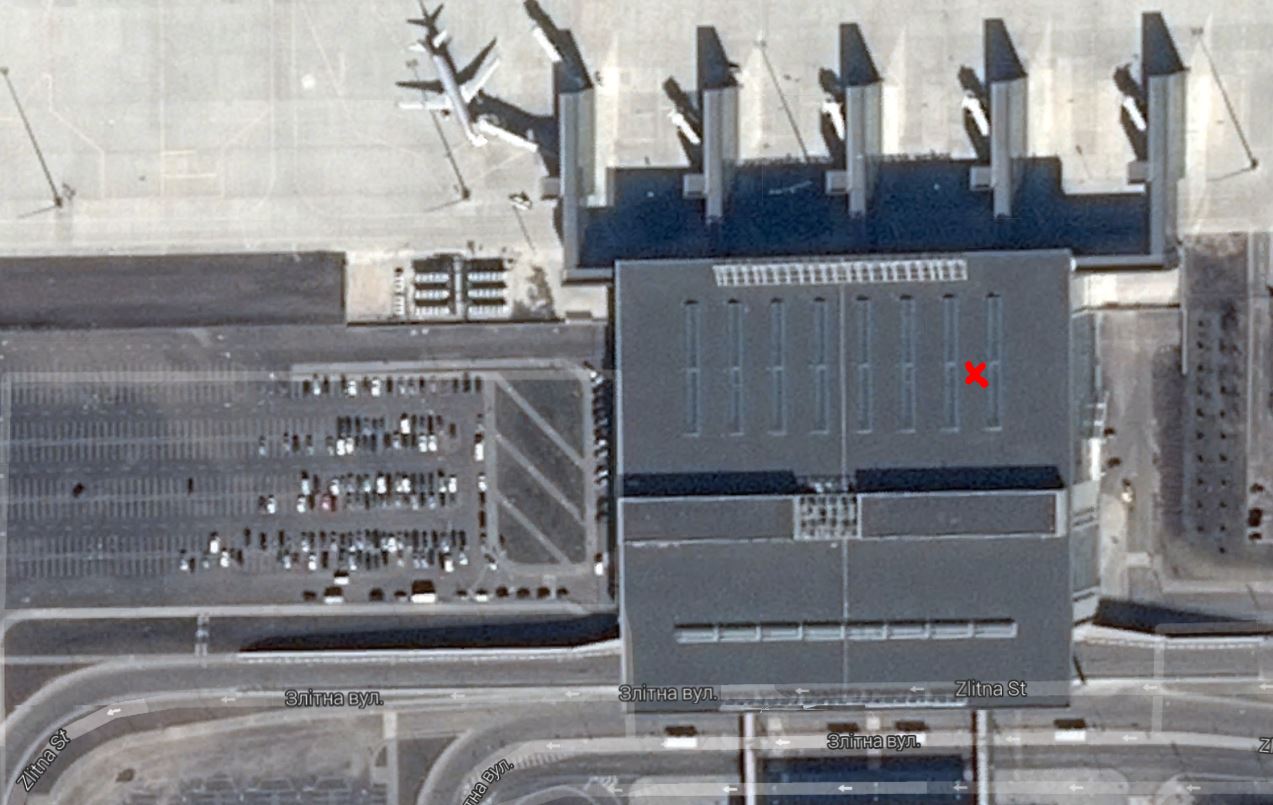 
Another view of the same incident:


Some videos attached together:

Fire at the airport: 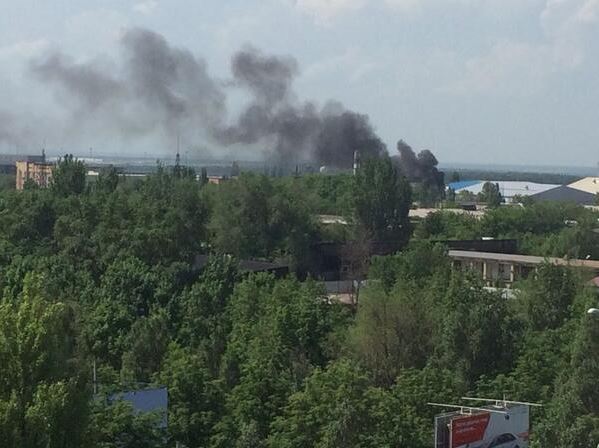 This can approximately be located here: 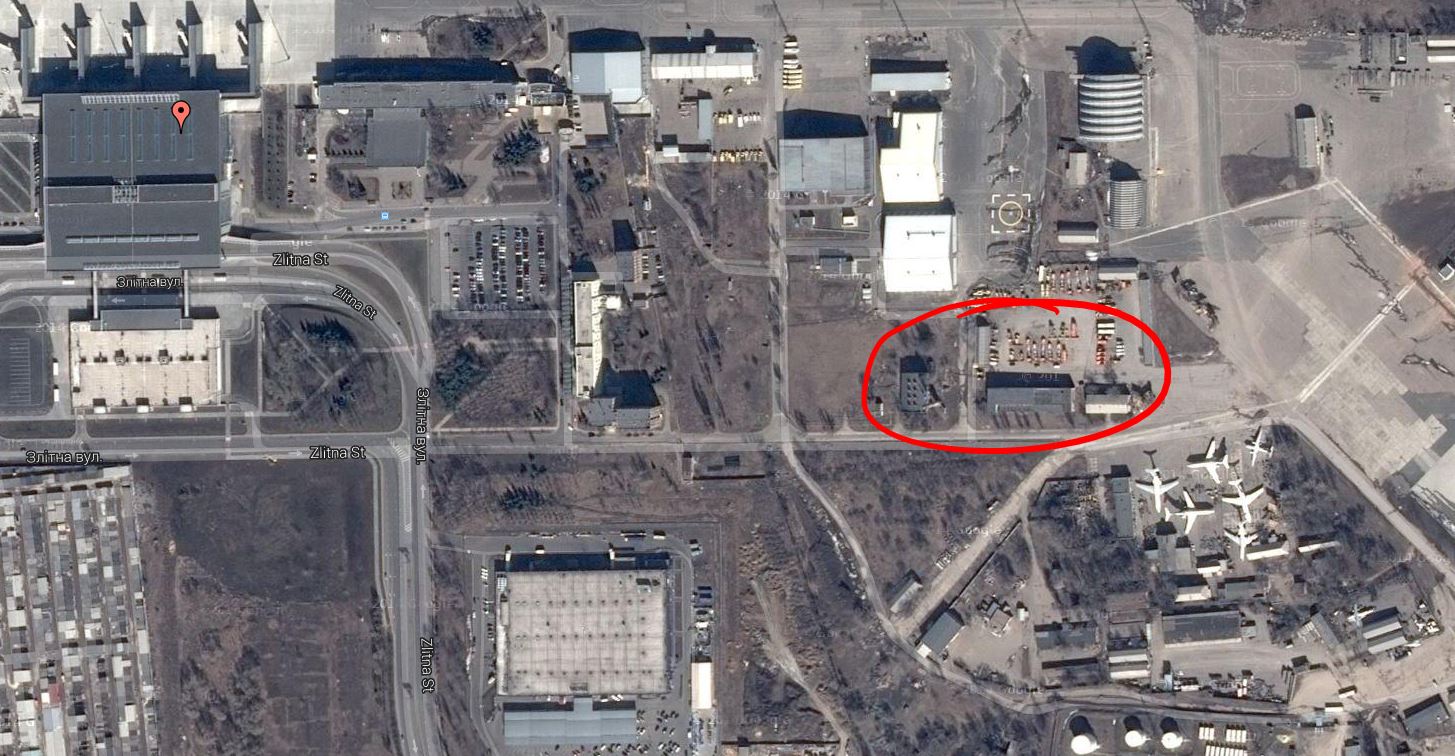 
Wounded pro-Russian militant in #Donetsk airport today. He was taken away by a private car. pic.twitter.com/GnjHqVhBJ7
— Petr Shelomovskiy (@shelomovskiy) 26 mei 2014

Rebels are running away:

The location is on the corner in this map: 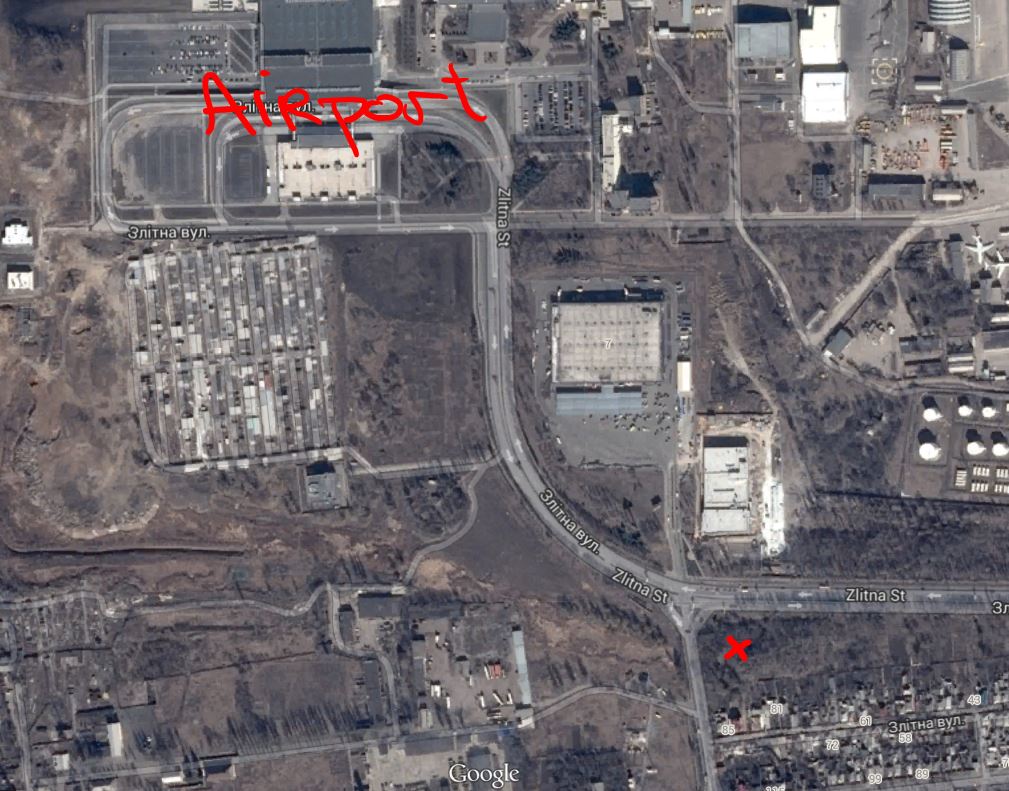 Rebels had to retreat and are taking defensive positions:

This is across the railway on the main road towards the airport: 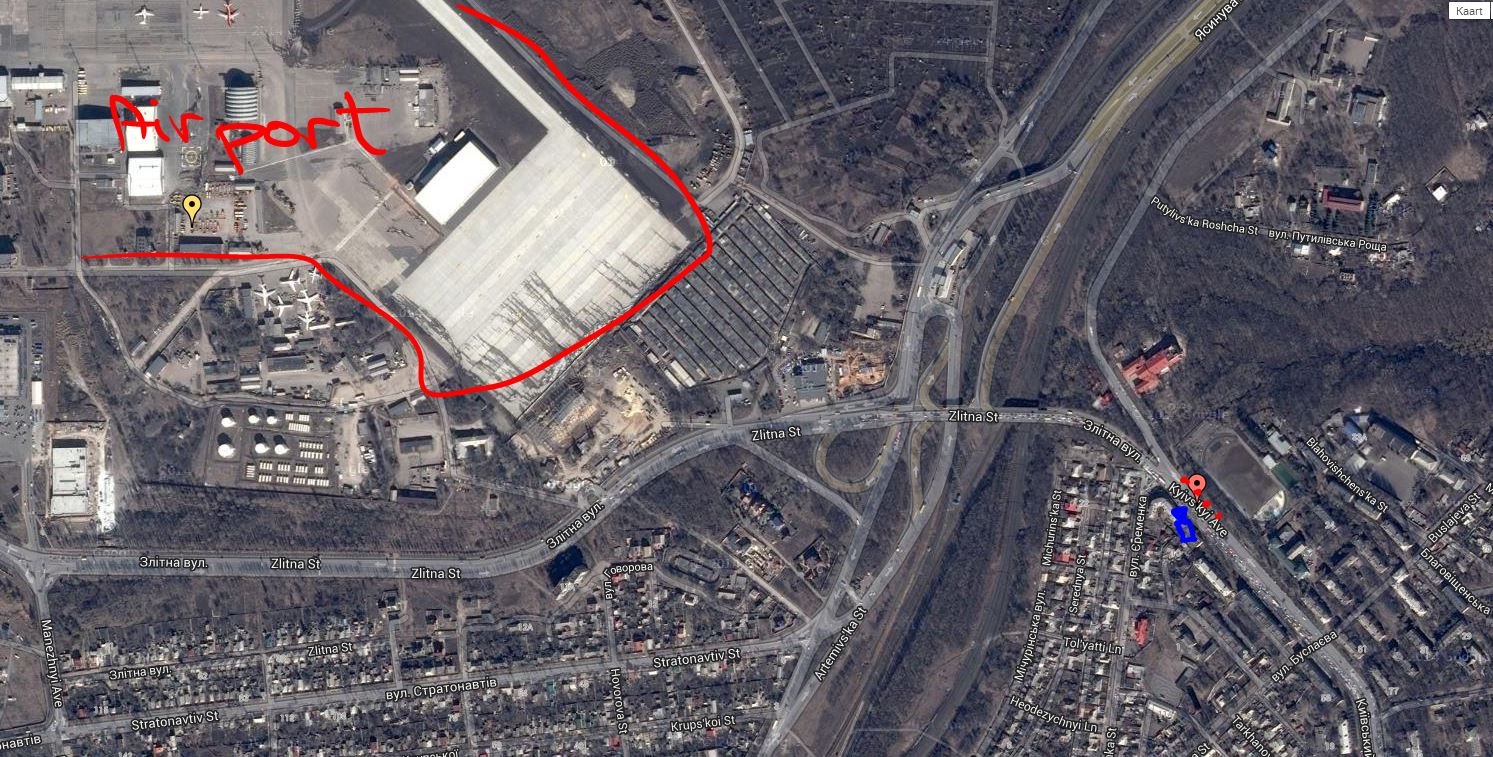 A long video of rebels taking defensive position on another road:


These are the positions of the rebel-soldiers and cameraman: 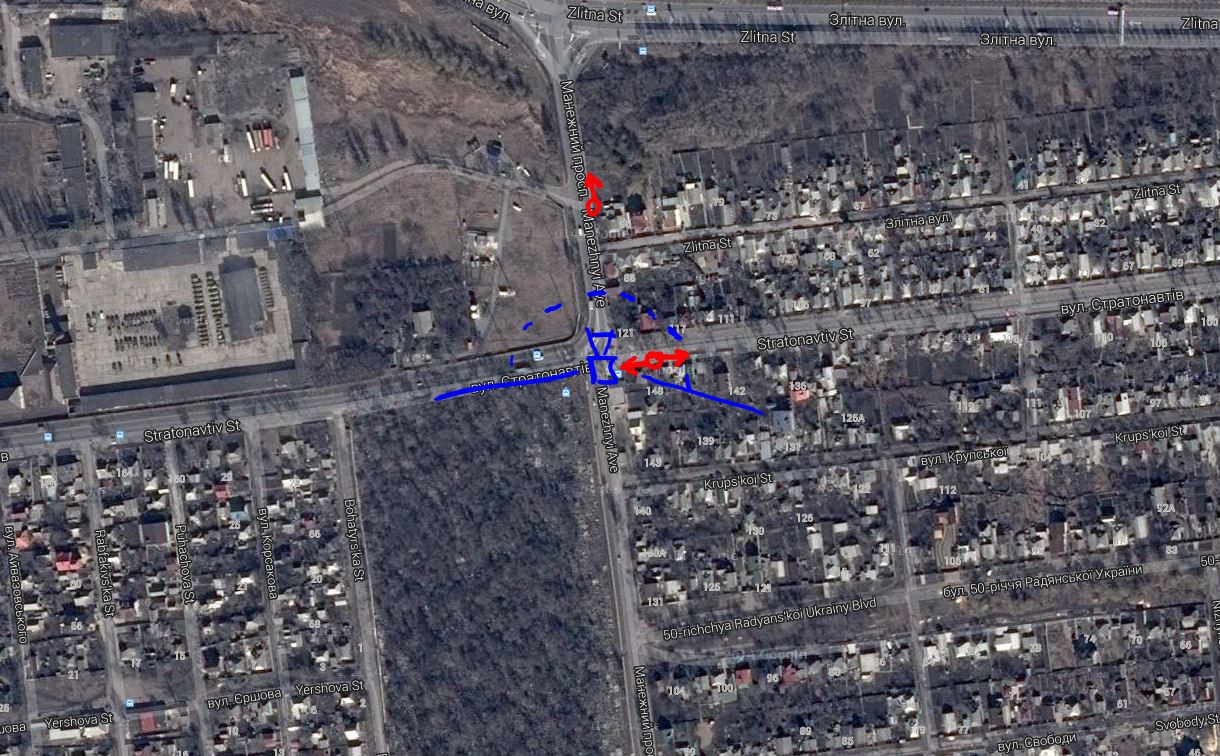 Long distance video on the airport. Probably a mortar or grenade launcher is firing here:


Separatists seized Putilov bridge in #Donetsk, armed fighters are on both sides. There is an old car on bridge which can contain explosives.
— Ukraine Reporter (@StateOfUkraine) 26 mei 2014

The Putilov bridge is very likely the bridge across the railway, since a street next to the railway is called Putilov street: 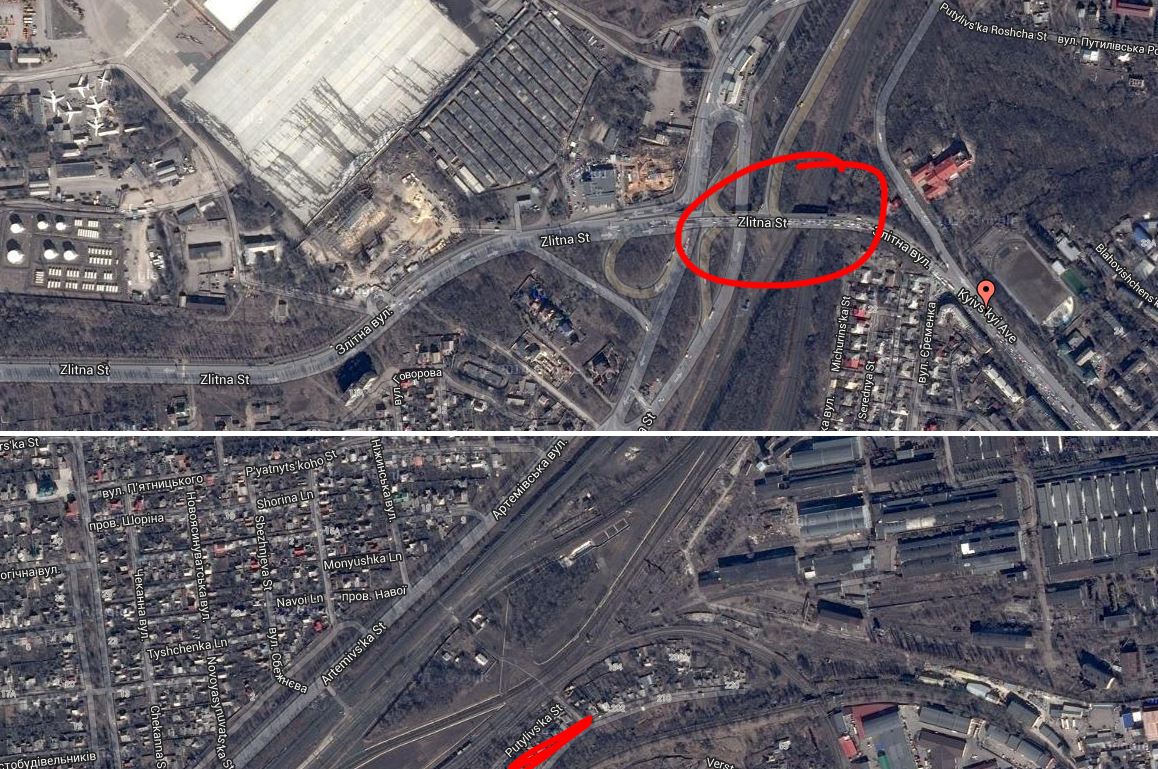 Something did not go well for the Russian rebels:

possible that up to 20 people died from this airstrike on the Vostok Battalion truck. :( pic.twitter.com/rmU4SdQwLU
— Crimea&East (@IndependentKrym) 26 mei 2014

#Oplot truck got under fire from heli on #Putilov bridge in #Donetsk casualties reported, no details yet
— Dmitry Zolotarev (@ZolotarevDm) 26 mei 2014

The Putilov bridge is pointed out above.


See the interactive map of Donetsk with all these locations.


Also see another report about the fighting here.


Also see the interactive map of Donetsk, with all relevant locations.