On the 11th of May a large Dutch newspaper  'De Telegraaf' published the rumors that 400 American mercenaries were active in Ukraine. Read article here.

They based their article on a German newspaper Bild am Sonntag, who supposedly got the information from the German secret service BND.


On Dutch forums the issue is even discussed as being a fact: forum nujij.

Yet these rumors are proven to be wrong, as was already being shown by Paul Woodward on March 12th: read article here.
Also Stopfake (an organisation of journalists who report about fake news) debunked that news: read article

They are all based on this movie:

Well... this looks more like a dress-up party to me, than as professional American mercenaries...

Russia Today used exactly this video as proof that Blackwater was operational in the Ukraine: 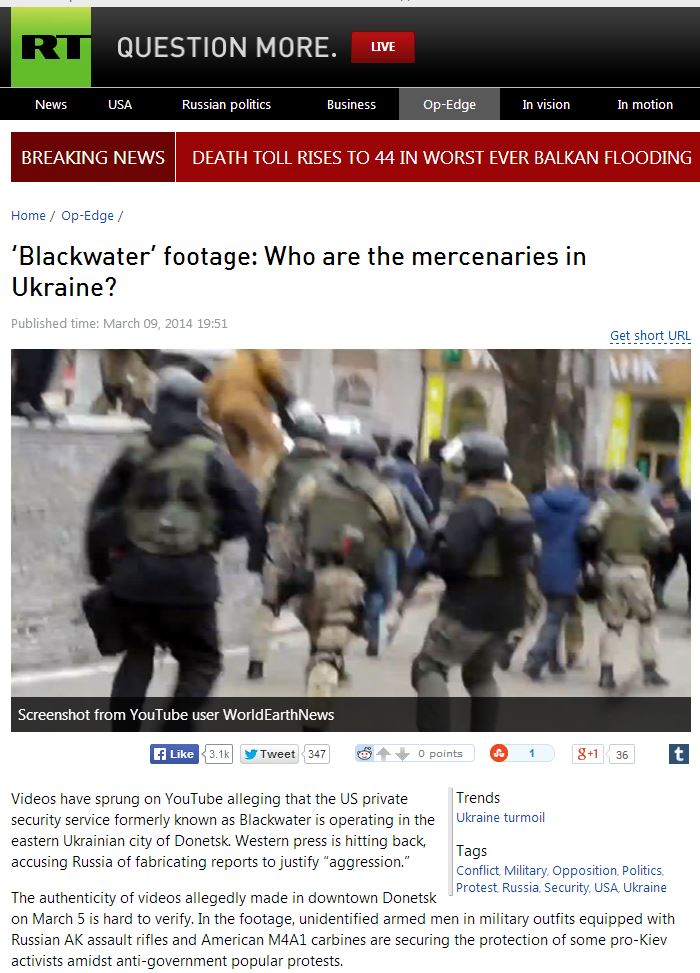 Since then Russian news media repeatedly told American mercenaries were operating whenever this suited them, while no sign of them ever could be seen in any conflict that has been recorded.
The only sign of American involvement in the conflict has been the distribution of food supplies. (Source)

Still this message has been able to infiltrate the BND, German and Dutch newspapers. It means Russian propaganda works effectively even though it can be proven to be wrong!!!

UPDATE 20-5-2014
In the comments section of the Dutch newspaper The Telegraaf, I commented that their information was wrong, referring to this page. After some time they sent me the message back that my comment was not accepted for publication on their page. This means that they keep misinforming the Dutch public about this matter.