Geolocation of artillery shelling by Ukrainian army on 17-5-2014

The Ukrainian army is using artillery today on a notorious rebel spot as can be seen in a video from Graham Phillips (a biased Russia Today journalist, but with great videos on location): https://www.youtube.com/watch?v=4mvysWGw2EY

The line of sight in this video is from top right to bottom left in the picture below. The shells come from near the tv tower in the left bottom corner and arrive at the train positioned across the road as a blockade. 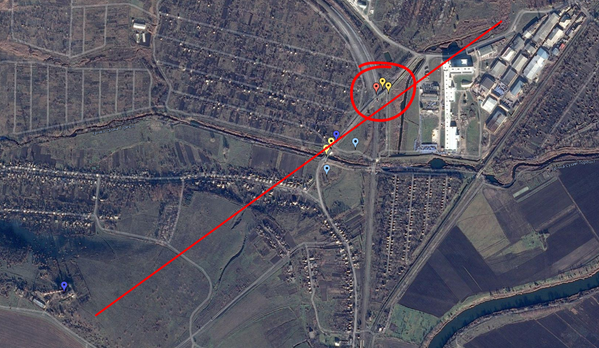 
And the result is this: