The helicopter fired upon the green van of the attackers.

Thorough analysis if the video images from the soldier on location of the attack in Volnovakha, has revealed that the helicopter pilot  was firing on the green van of the attackers and not at the soldiers.
You can find all the videos of this incident here. 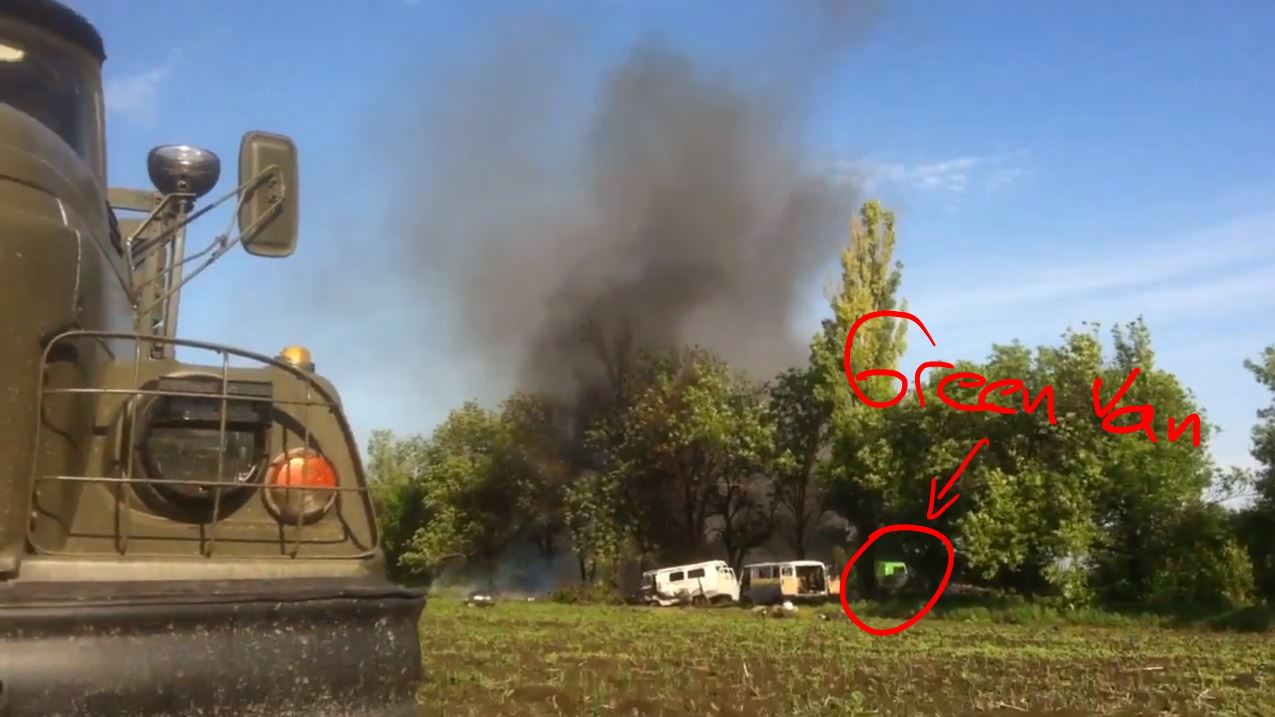 In the video of the car passing by, such green car can also be seen (it was still BEFORE the big explosion):

The video is slowed for convenience. Notice that as well the backdoor as the sidedoor are open.

After this green car, another lower white car can be seen (frame 00:40:05), although barely visible. This is a normal car, not a van. 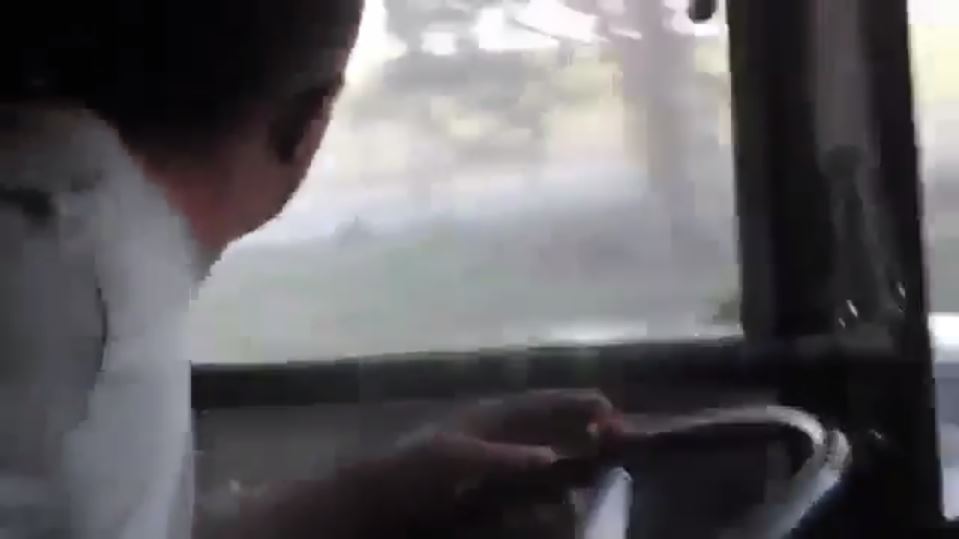 At the end of the soldier-video, after 7:45 the soldier gives us a view on the road, where many people have gathered: 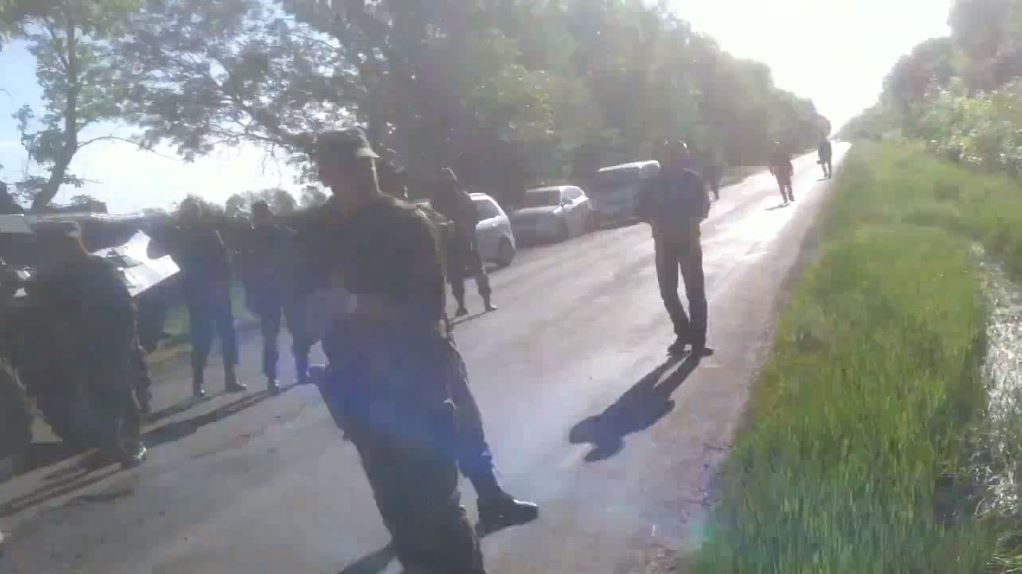 A white van can be seen and several other cars. They must have arrived in the mean time. The green van is not here.
A view in the other direction shows that a new APC has arrived with a Ukrainian flag: 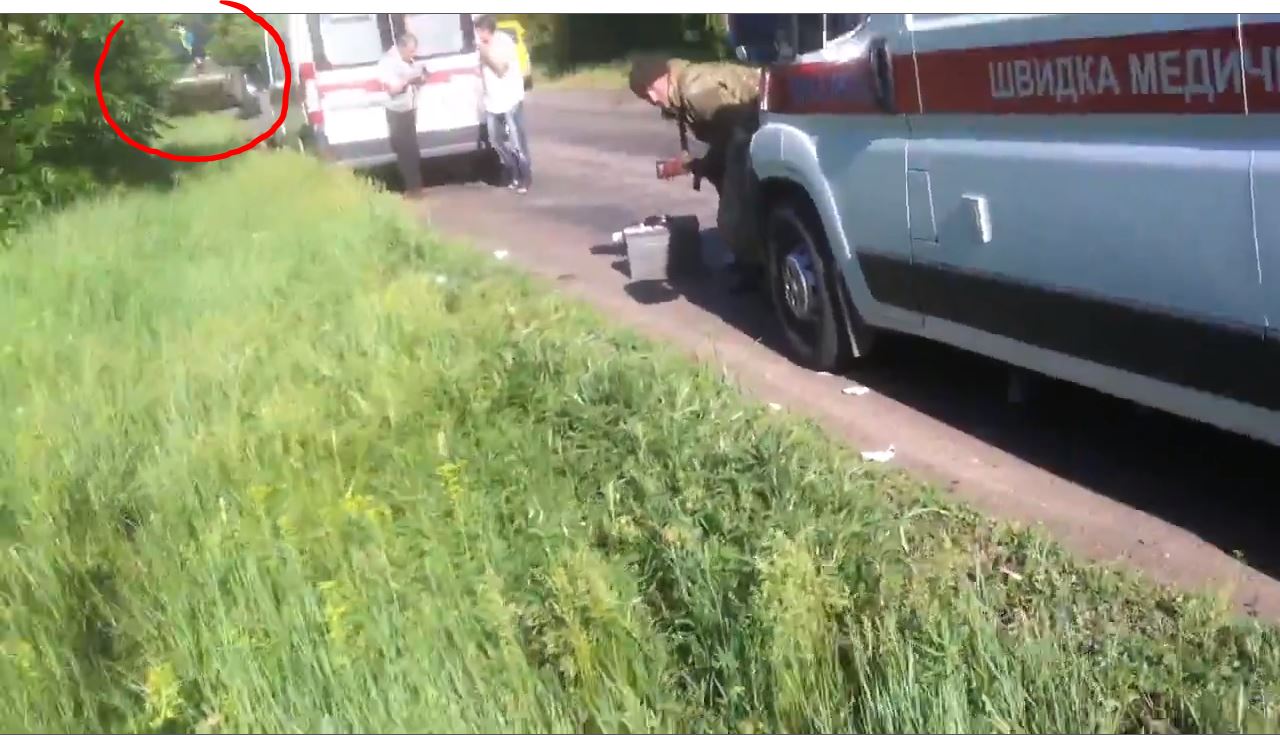 Unfortunately this APC blocks the view onto the location were the green van previously was.

Later that day the attackers showed what they had looted from the scene:

As you can see, there is a green van there!!!

Andrew pointed out in the comment fields below, that the attackers had previously captured 15 green armored cars from PrivatBank and two of those were used in this attack. Of course such cars are ideal for such purpose...

Now, frame 2:42:02  in the video, the moment the helicopter is firing, basically tells the whole story: 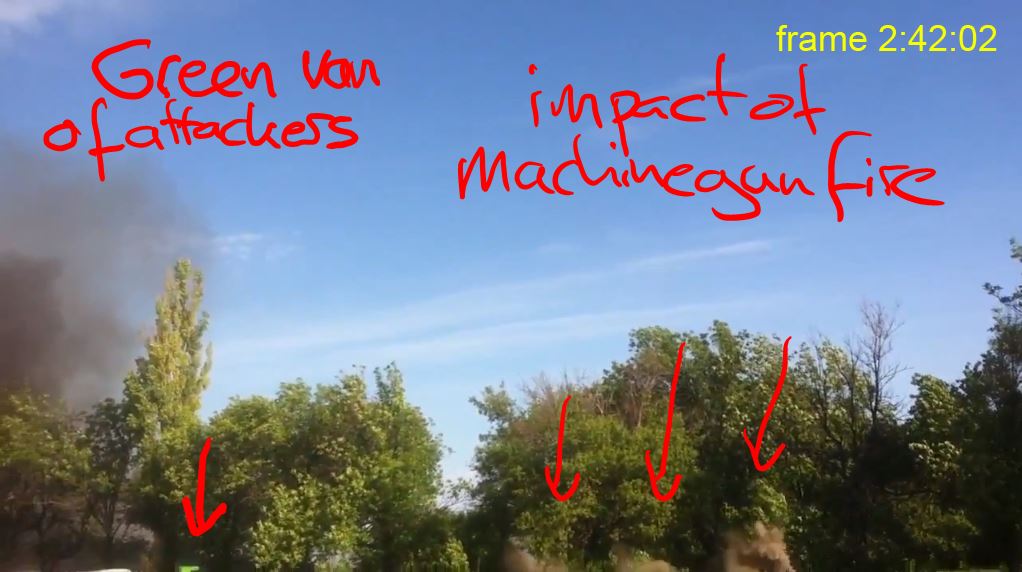 The green van can still just be seen and the trail of the impacts of the machinegun fire in the dirt towards the van can also be seen. But it didn't hit the van.

For conveniece, I add all eleven relevant frames where these shots can be seen. 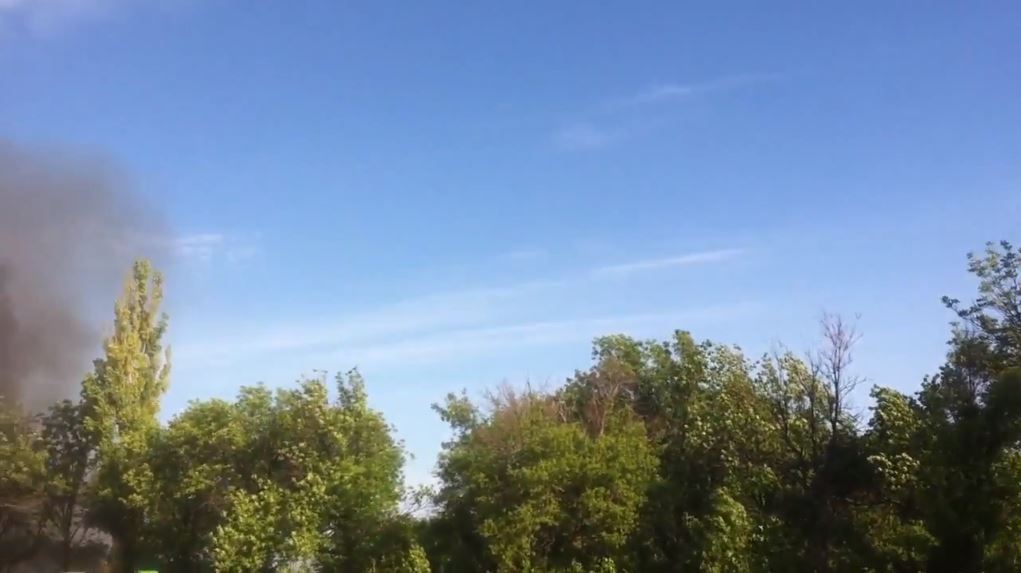 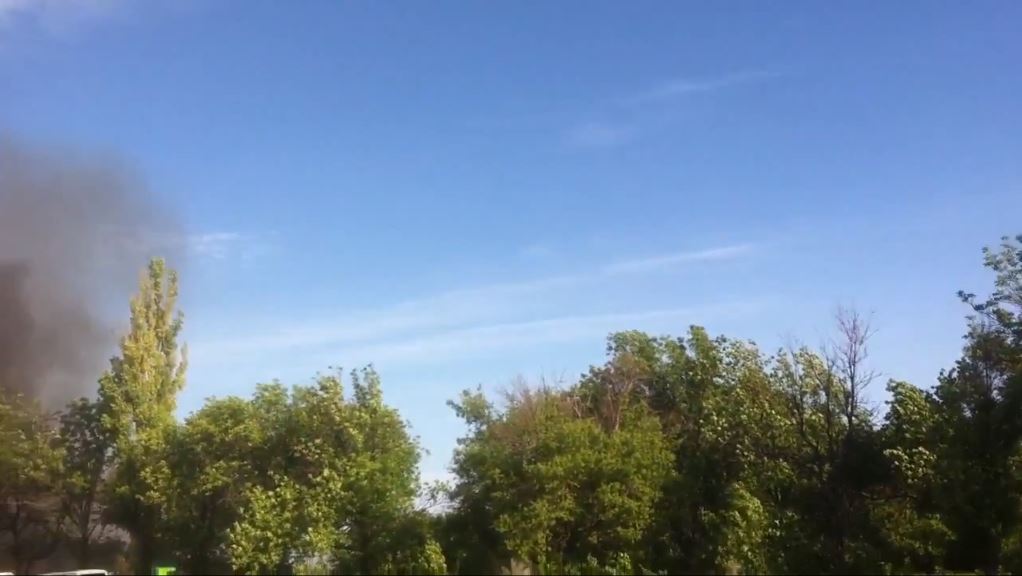 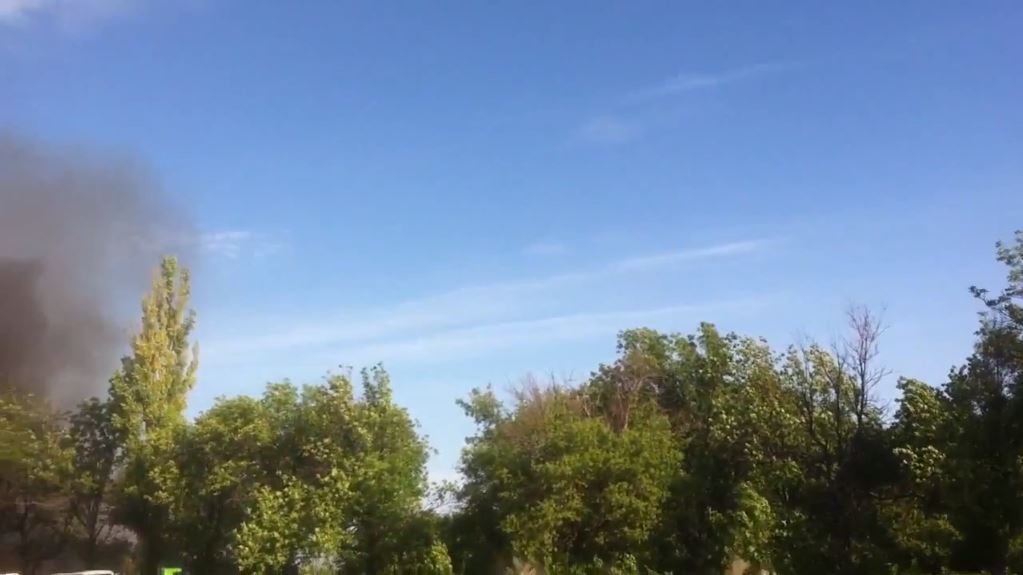 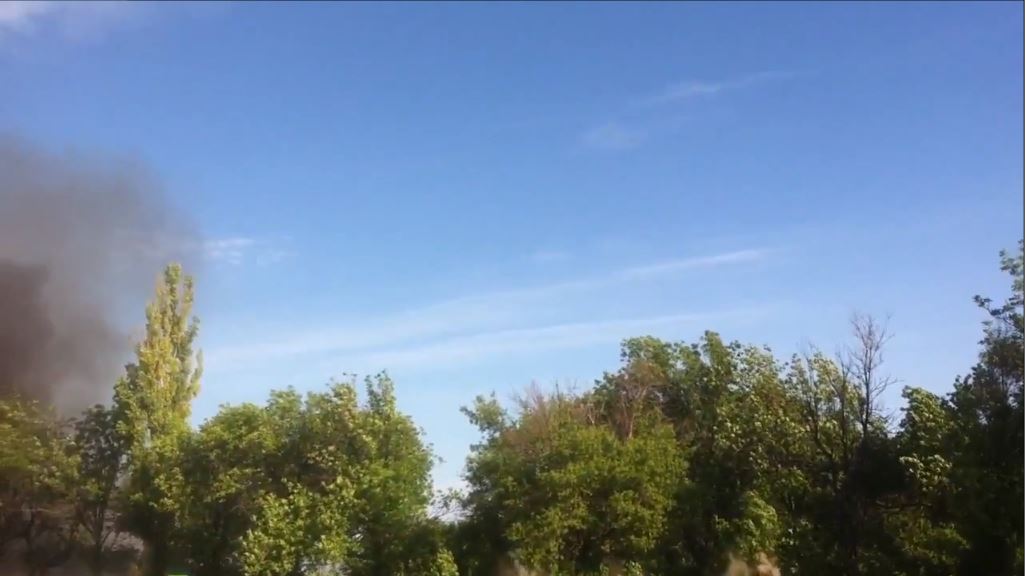 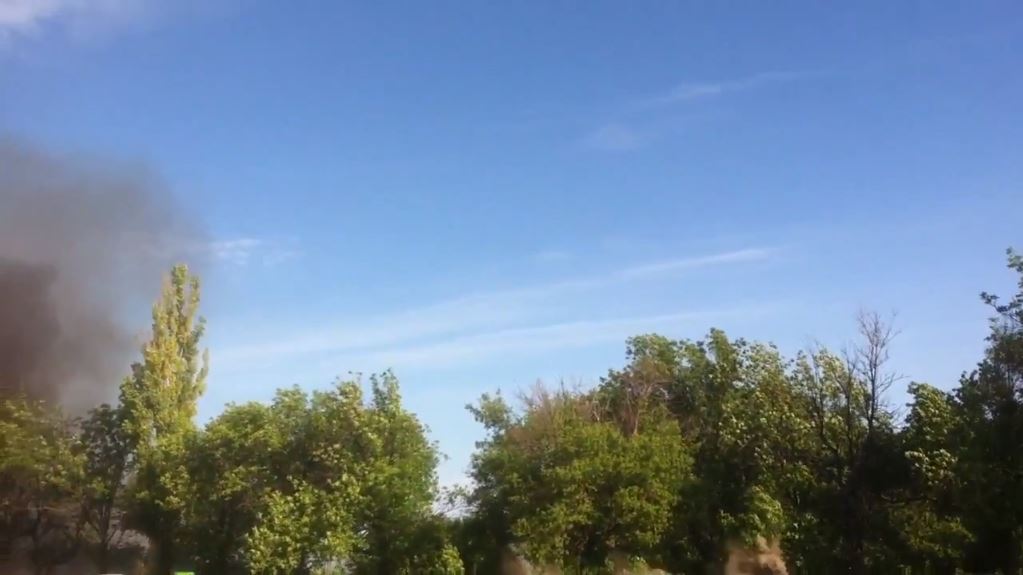 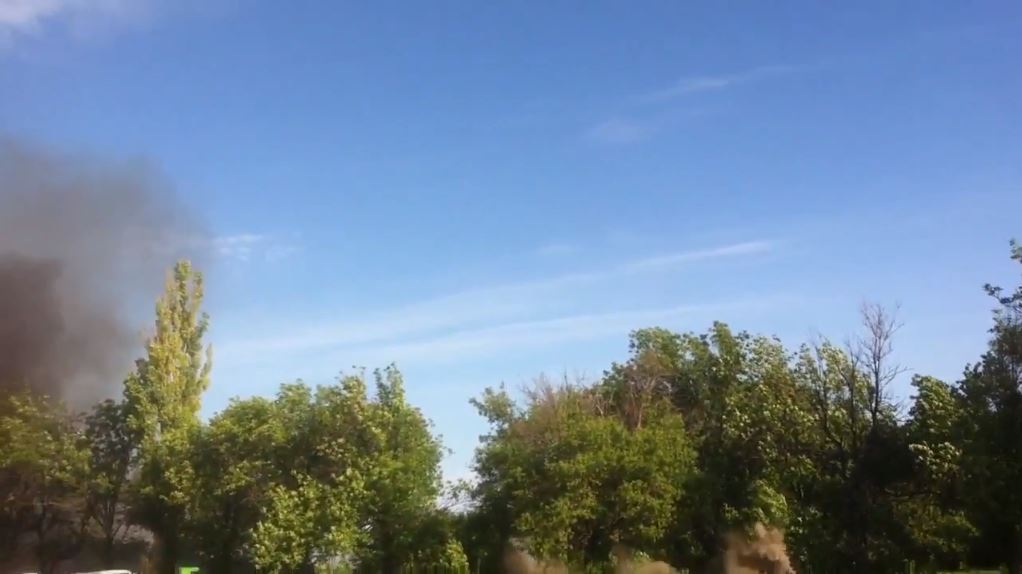 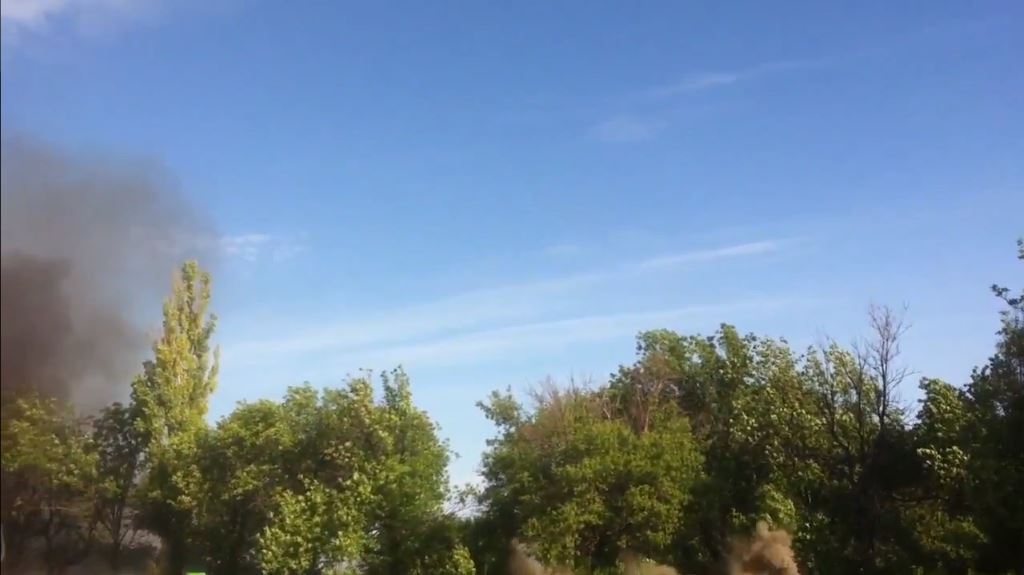 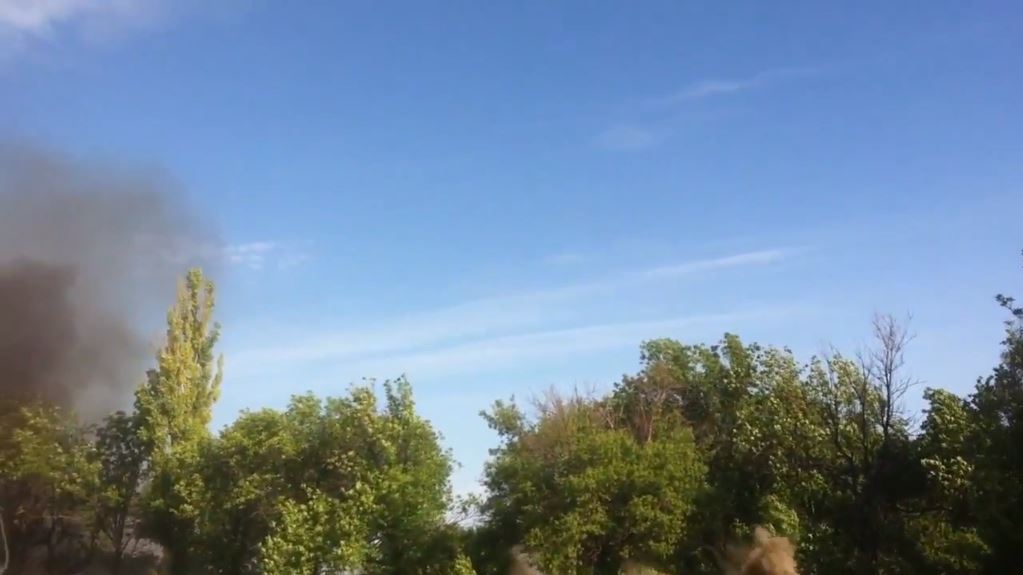 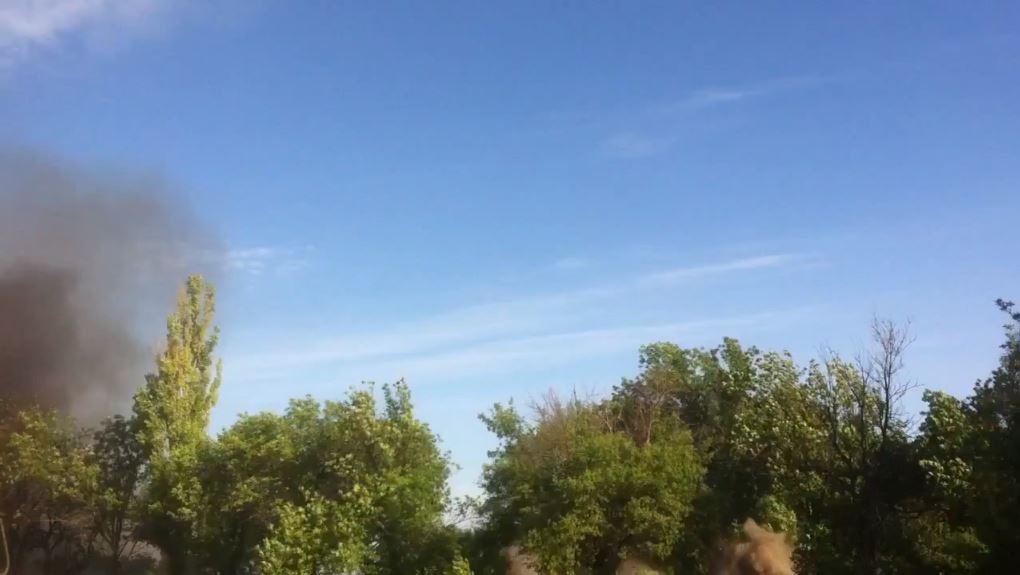 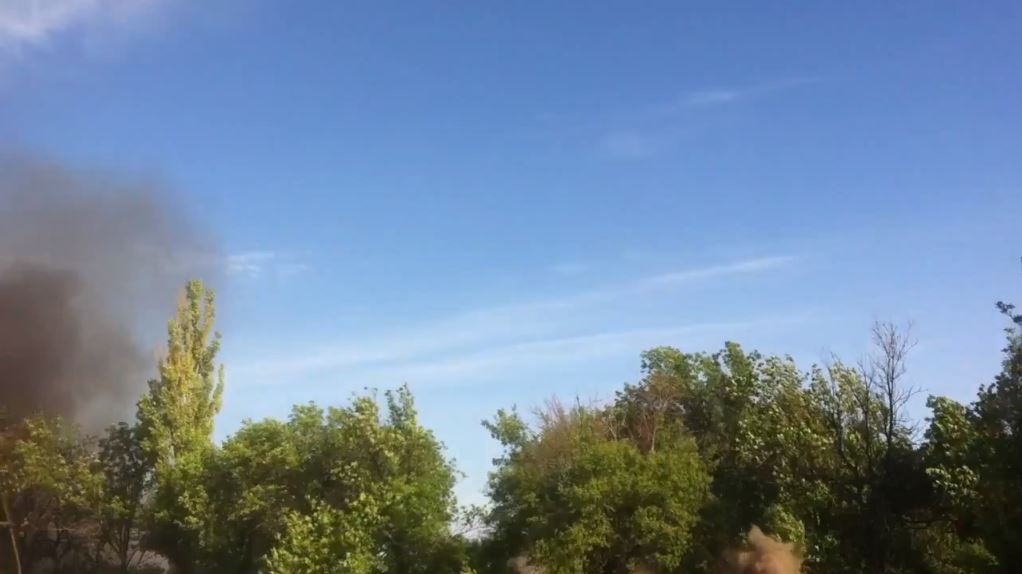 And here is a looping video of it:

In this video it can even be heard and seen, that the helicopter fires a grenade. It explodes at the level of the bush behind the green van, but still misses it. You can see the dust rising, just before the soldier starts talking.

A photo of the aftermath shows a burned out white van, but no green van. It is standing at the level of the Ammo truck. 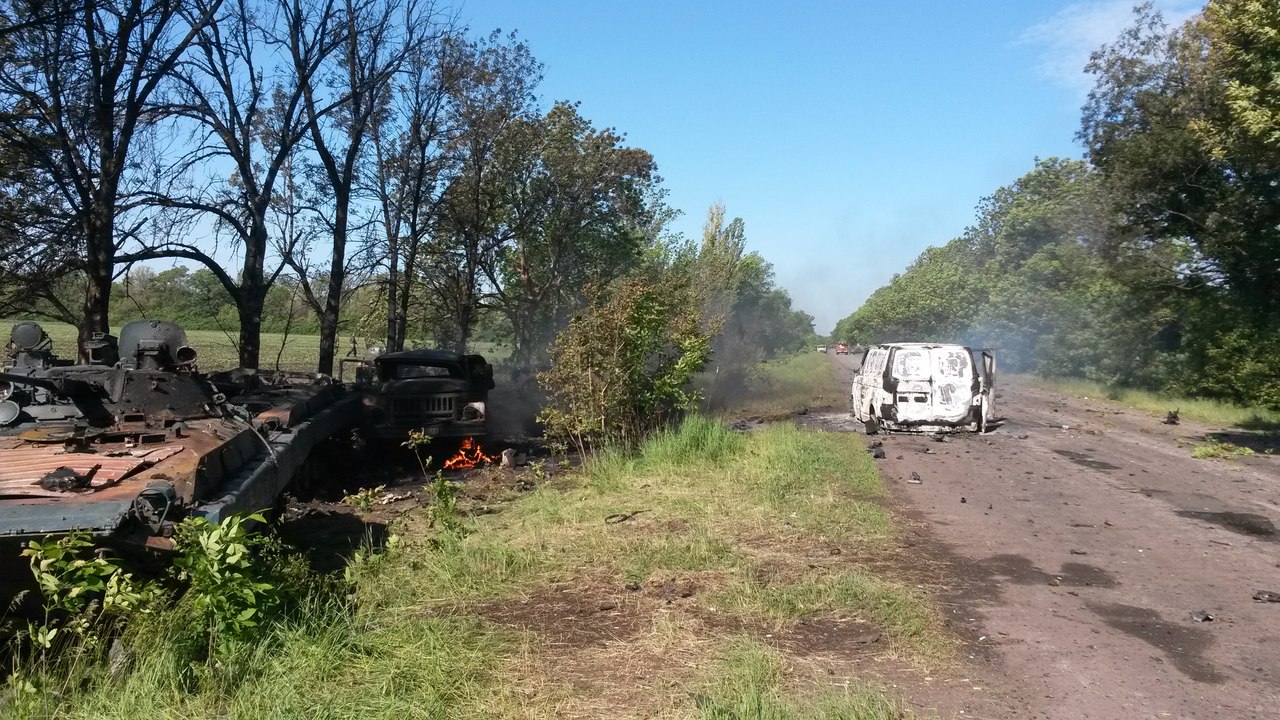 This is exactly the location where the green van was standing in the drive-by video: 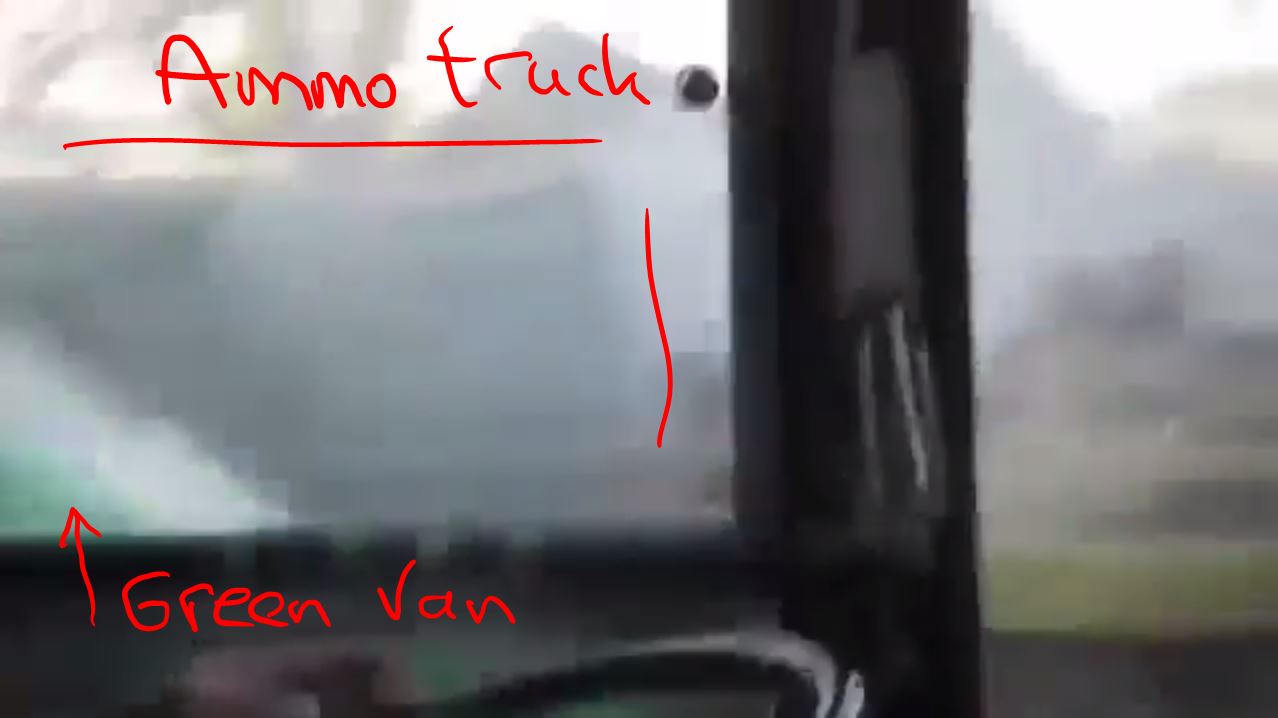 (Notice that the ammo-truck is not burning, nor has exploded yet.)
The burned out white car and the green car must be the same. The helicopter must have hit the green van while the soldier was running away from the scene and the fire eliminated all the paint from the car.

Things we know for sure:
Could some attackers still have been at the scene?
That the attackers were still present at the scene can be ruled out now, for the next reasons:

Possible scenario
As Andrew points out (below), the helicopters came (long) after the initial attack, probably because they heard the explosions of the ammunition in the burning APCs. Since an ambulance is already present, this seems quite likely. The white car could have been from a local coming to have a look and/or wanting to help.
The pilots must have assessed the situation on their own without good information and assumed there was a threat. They might have recognized the green van as one of the 15 stolen cars and therefor decided to eliminate it.

Questions that remain are:

Some serious food for thought
This event raises some serious questions:
The answer must be: totally inexperienced and inadequately trained conscripts... And in addition to this (as Andrew pointed out): very poor communication between the different forces.

This is like sending a pack of chihuahuas to deal with a pack of wolves...
And the wolves keep howling: "the Nazis are coming, we have to defend ourselves!!!" Yup...


Also see breakdown of the video of the helicopter.
And This is why it is so dangerous to film Ukrainian positions
Posted by Ukraine@war at 5:33 PM