Russian trolls have tried to discredit the single one launch photo of the trail of the missile that brought down MH17, by arguing that there where no clouds in that photo, but on all other photos and videos of the crash site clouds can be seen.

The simple answer to this is that the sites are 20 kms apart and when you look in a different direction you may see different cloud patterns or no clouds at all.

Nevertheless, because of the importance of the matter, it is necessary to investigate if the weather indeed was as photographed.

Here are many photos of the crash with clouds clearly visible.

This is the launch photo: 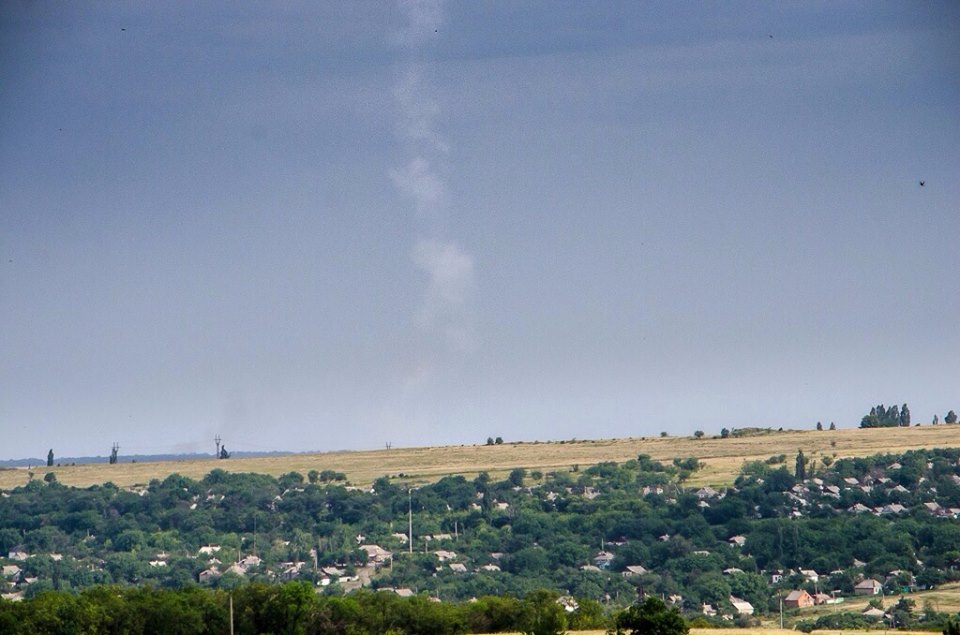 Note that the sky is not clear, but there are veil clouds or high thin haze. 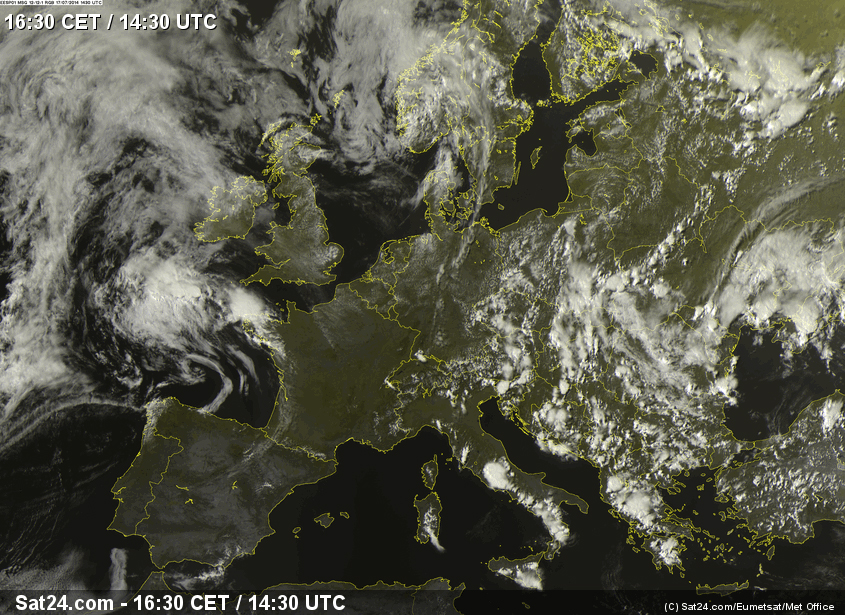 Next thing is to determine where Torez is and the two sites, at the red dot on the right: 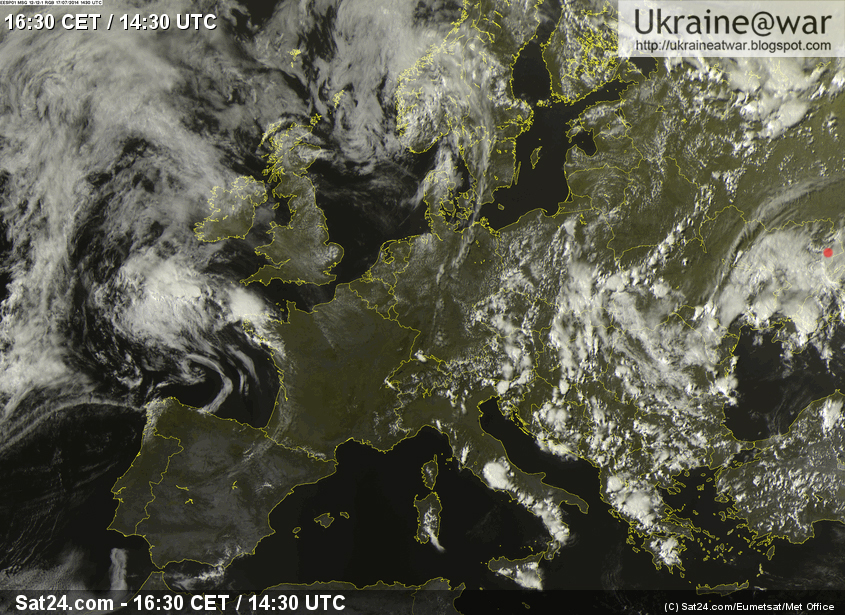 Now that's some very small area. We need to zoom in, enlarge: 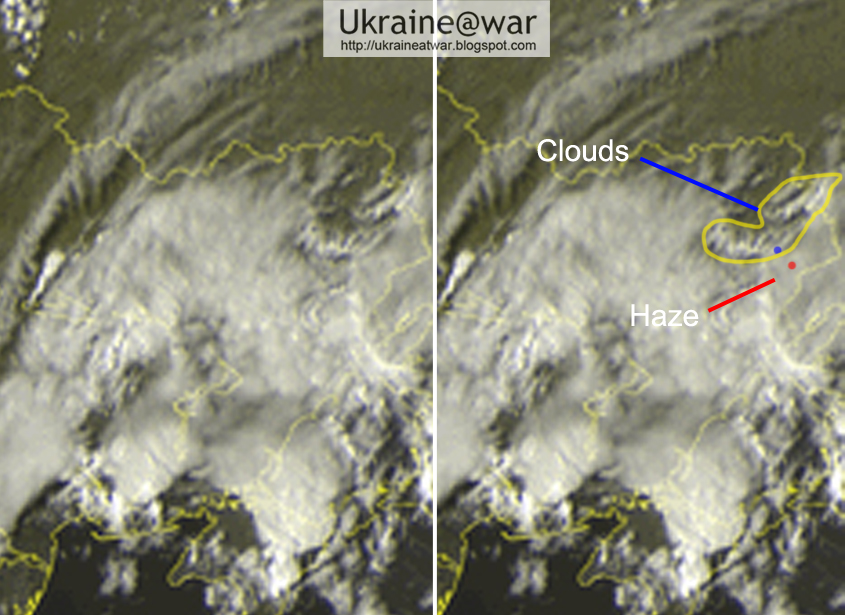 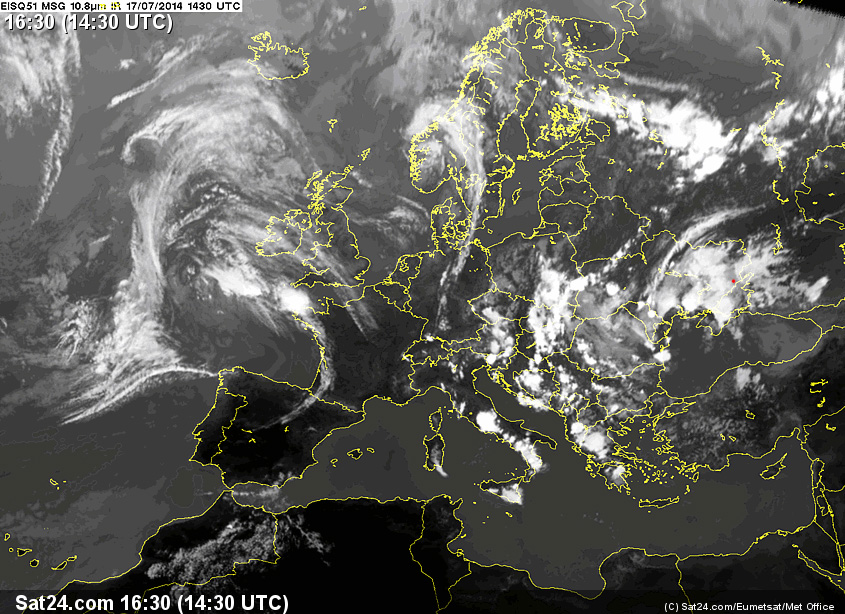 It is neither white nor black at the launch location, indicating these are in between categories B and C: mid high clouds and possibly fog.

But there is another thing. The launch photo was made from a distance of 12 km. 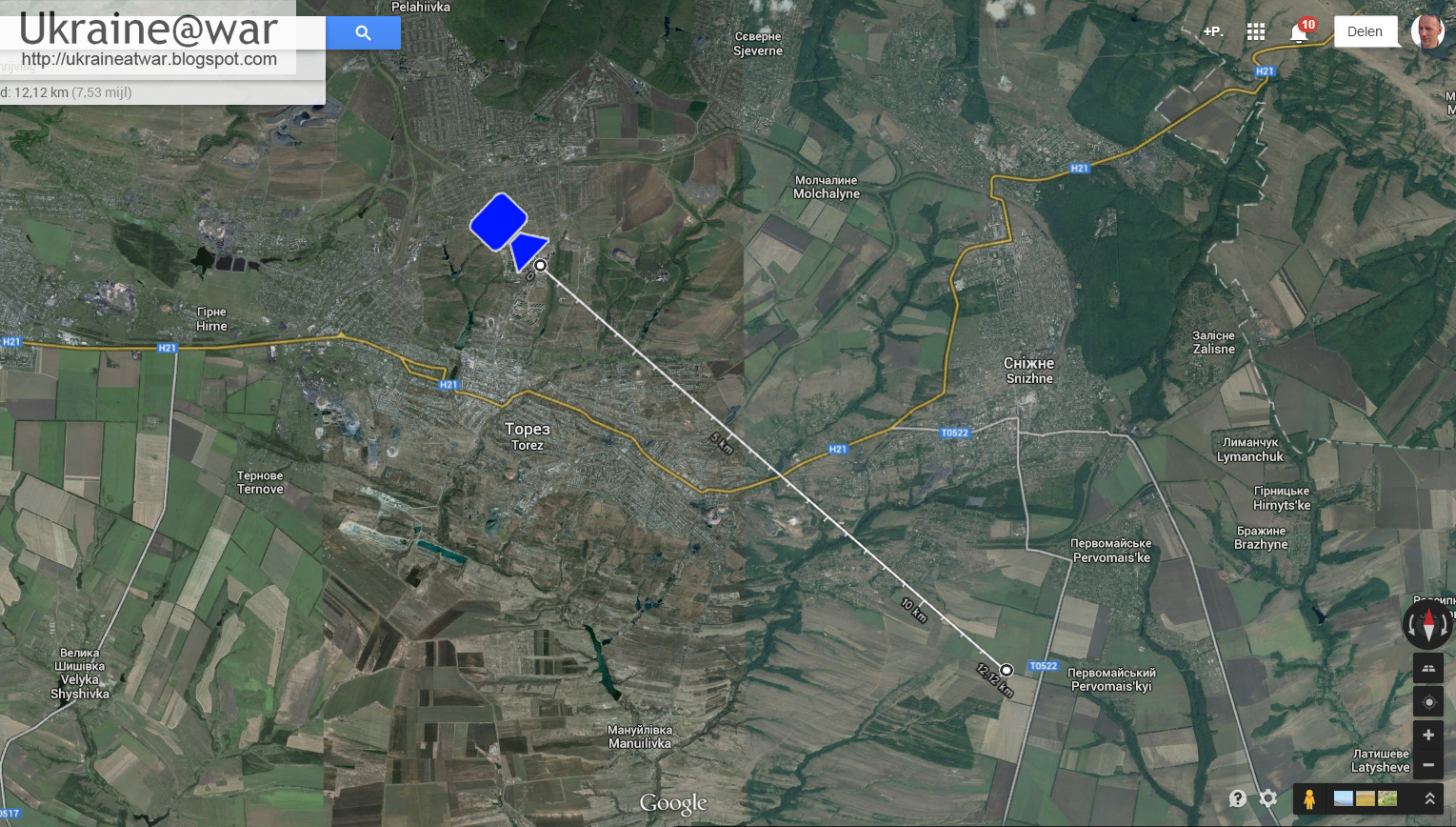 It means that a very large focal length must have been used to zoom into that location.
And THAT means the clouds in the photo are not what you see ABOVE it, but what you see ON THE HORIZON.
Like for instance in this somewhat extreme example, but it makes the principle very clear: 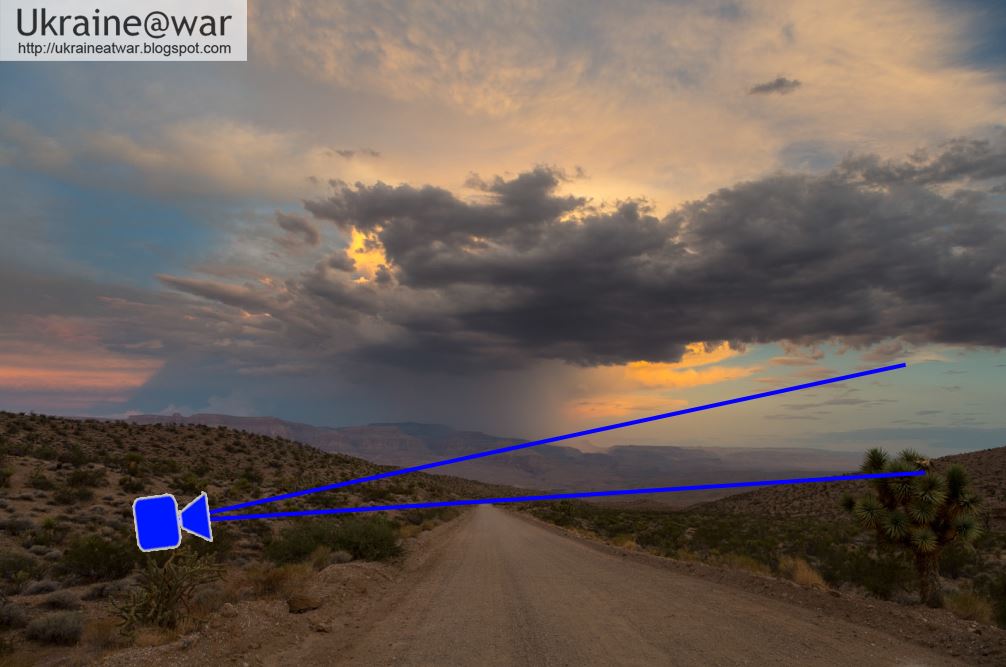 Even though there might be thunderclouds above you, if the horizon is clear and you zoom in far, you get a result like in the launch photo with a haze-like sky.

Just for comparison this was the situation at 12:00. The entire Torez area is cloudless, consistent with the weather reports from ww24.ru. The clouds appeared later in the afternoon. 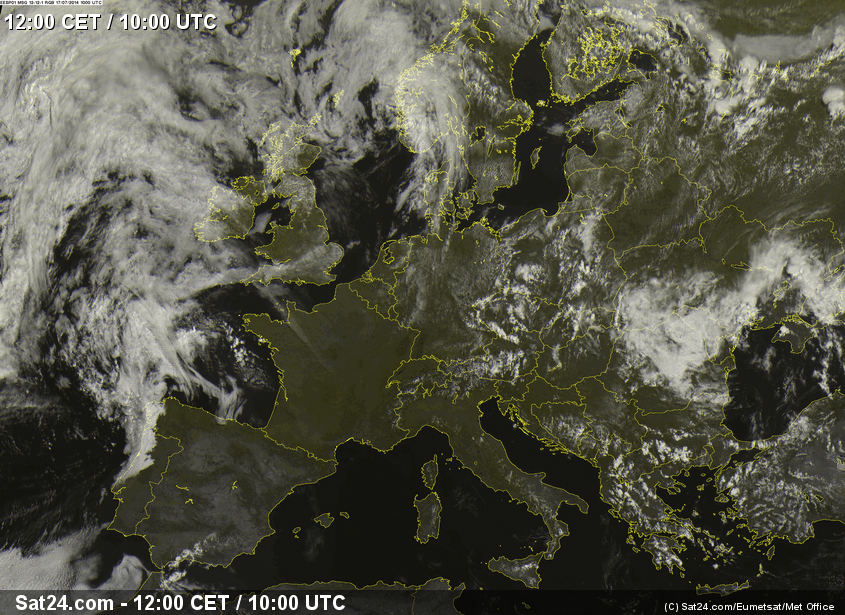