Russian transport of BUK that shot down MH17 OUT of Ukraine

The transport of the BUK that shot down MH17 back to Russia has been recorded: 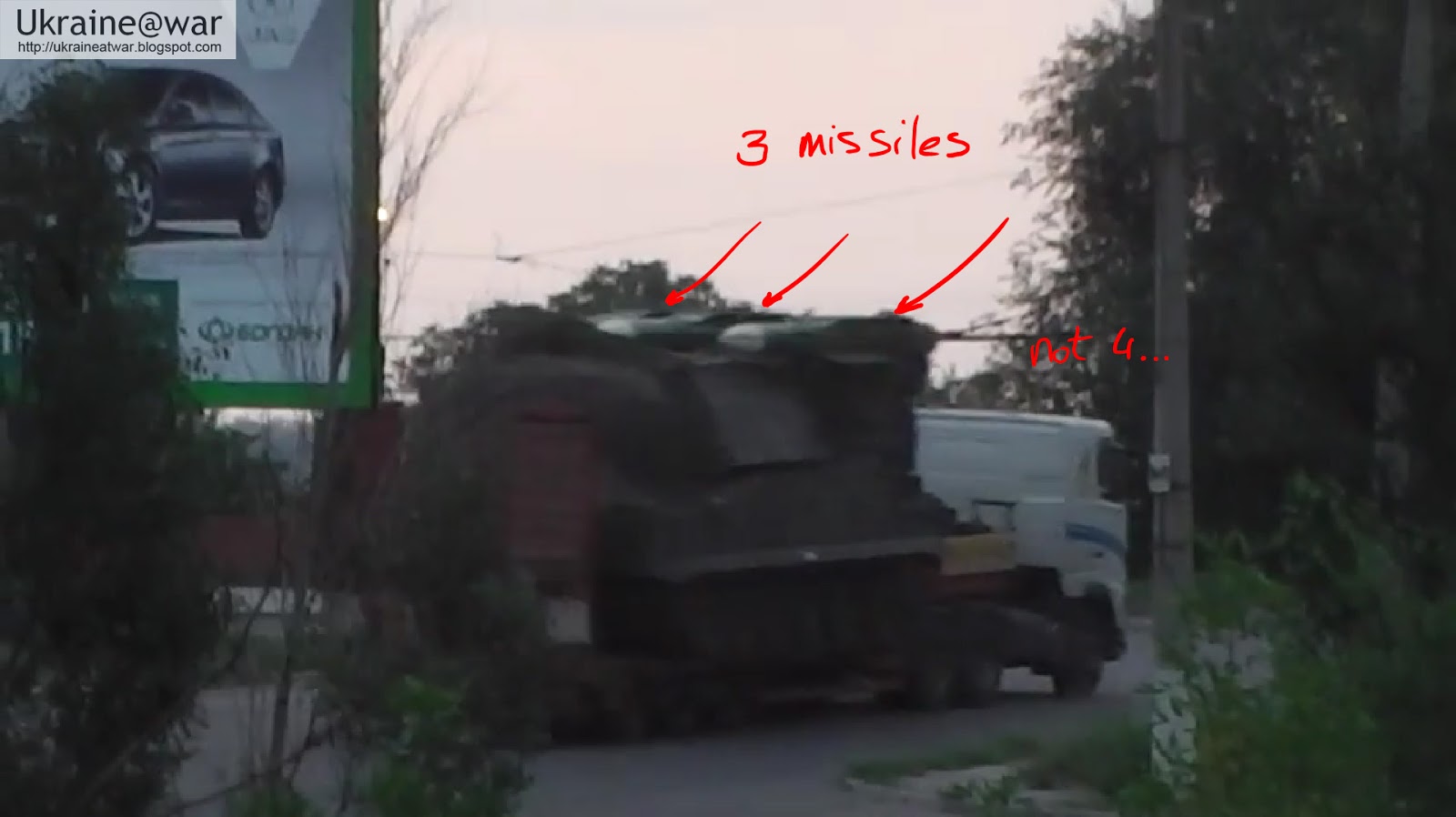 Note how the BUK only has three missiles where it normally holds 4.

MAJOR UPDATE:
Ukraine has published the coordinates of this video. It is this road in Google maps:

It's not easy to see exactly how the video fits with the map, but Yandex streetview helps: 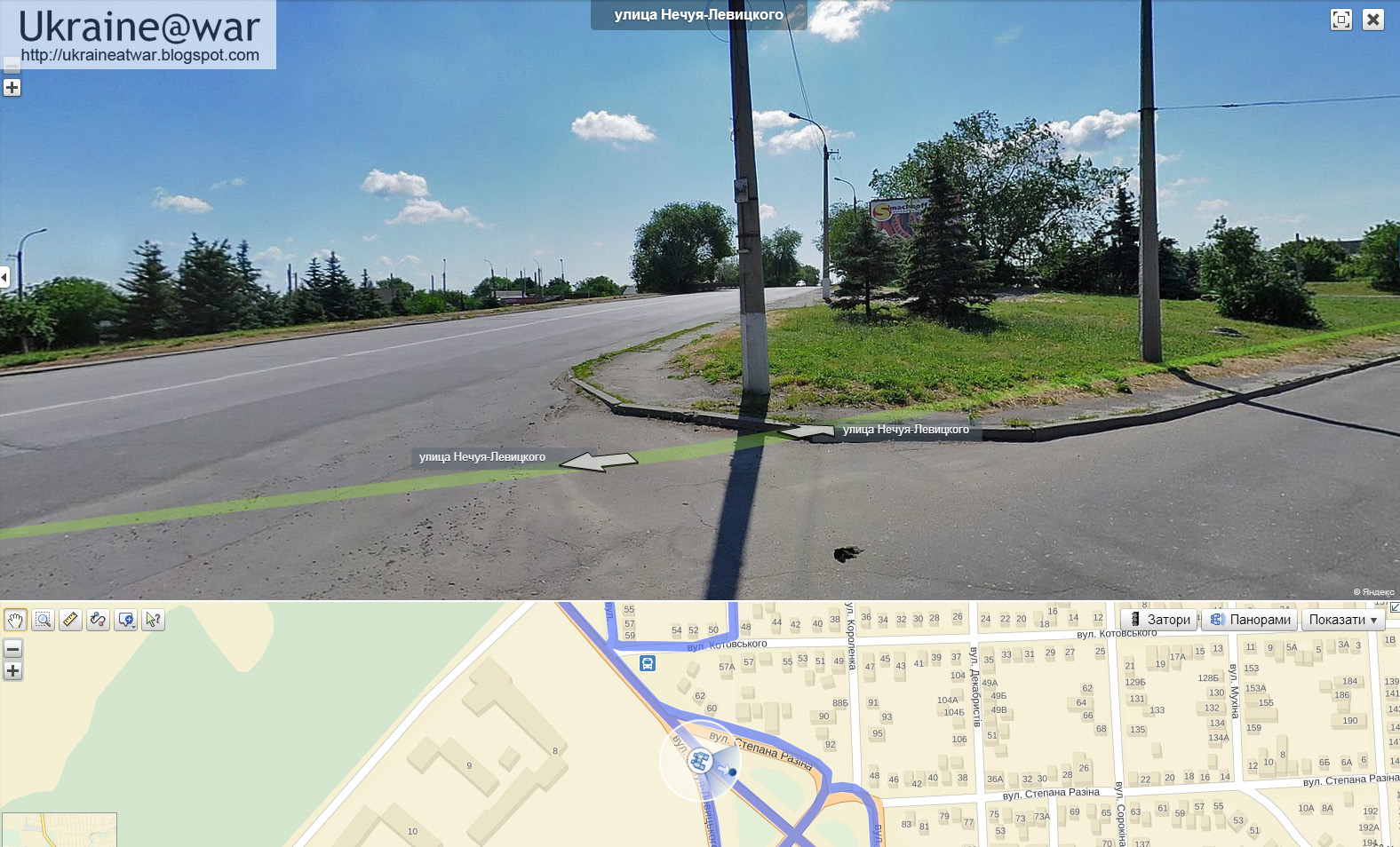 The whole layout, the poles from, the lights, the road, grass etcetera, all can be seen here. Link to Yandex. But the two houses are not visible from here.
From this position we can see the houses though: 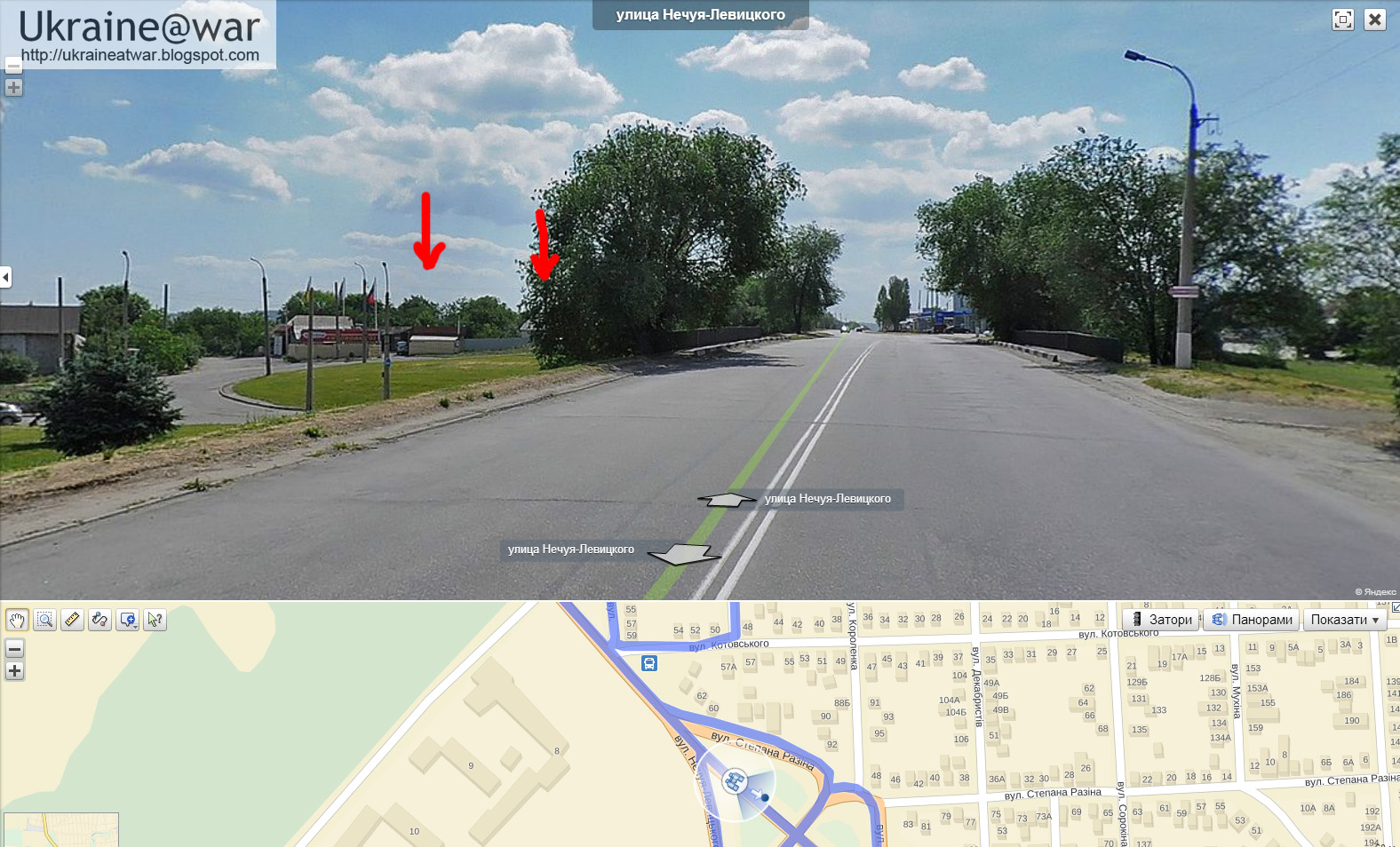 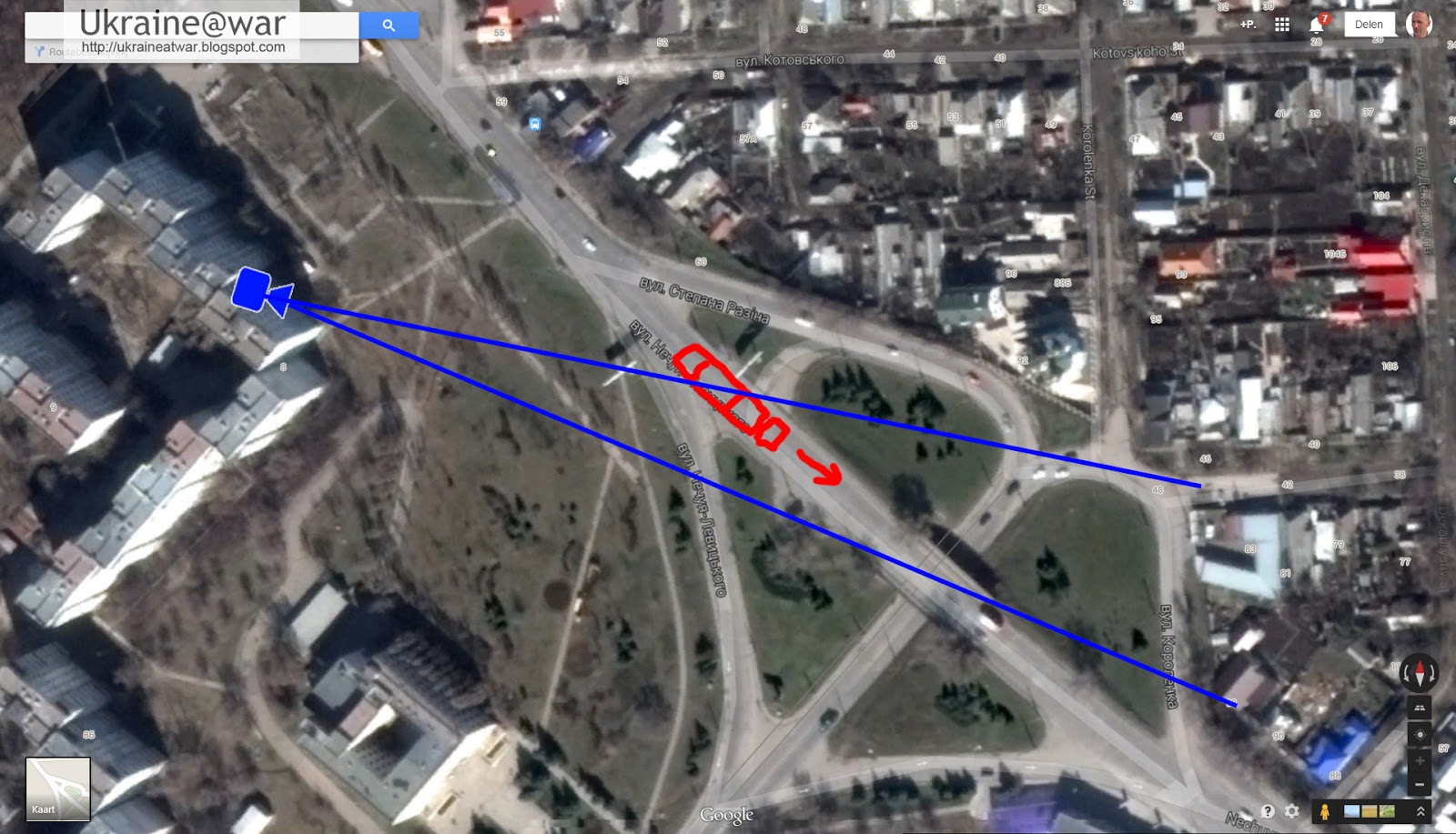 When the transport is spotted on THAT location, driving in THAT direction, we can reconstruct the likely entire route like this: 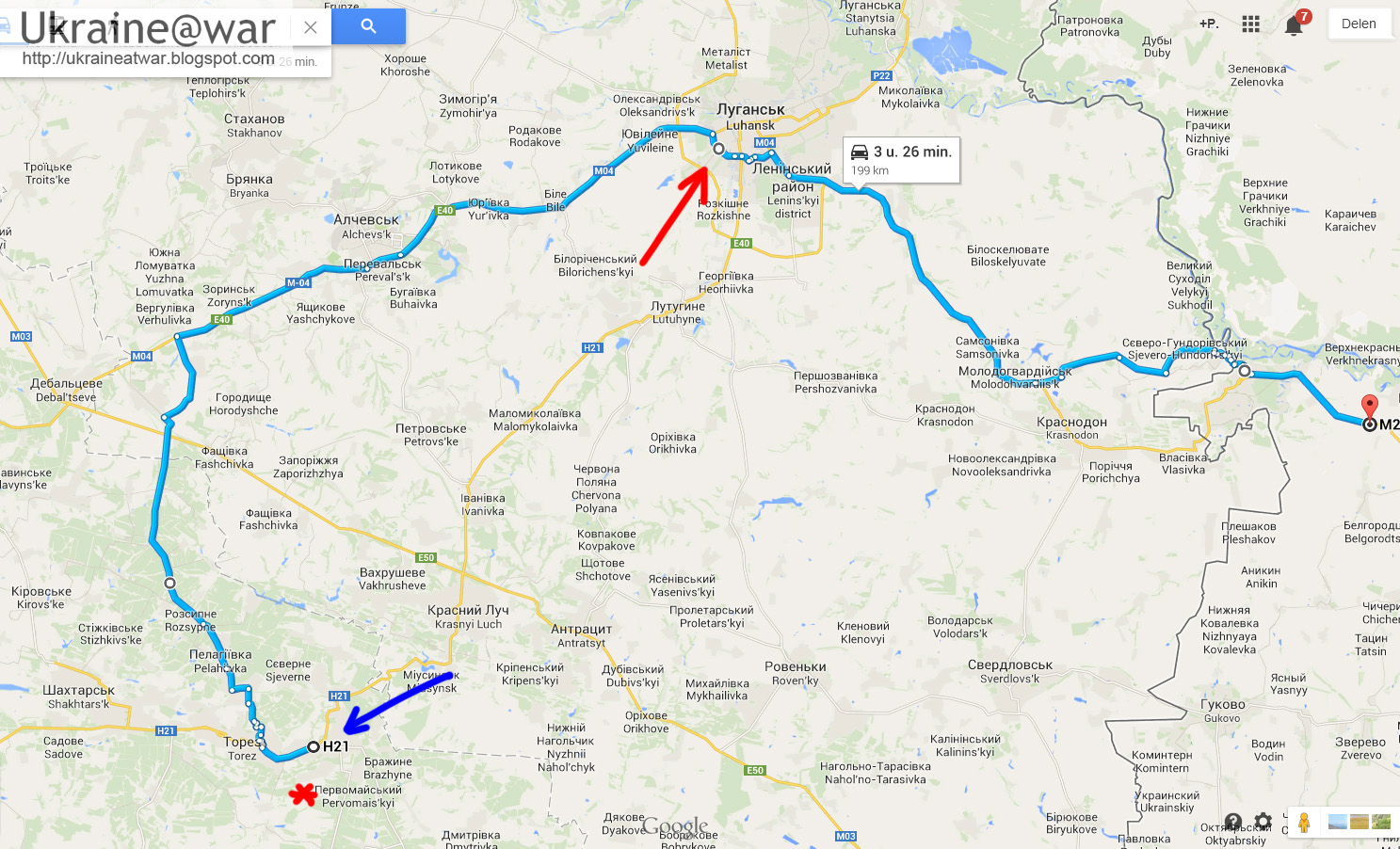 The truck that is transporting the BUK is THE SAME truck that brought it INTO Ukraine:

NOTE how in the photo above the rocket on the left side has a RED head instead of a white one.
In this frame it can be seen that this BUK indeed also doesn't have a white head on the left side: 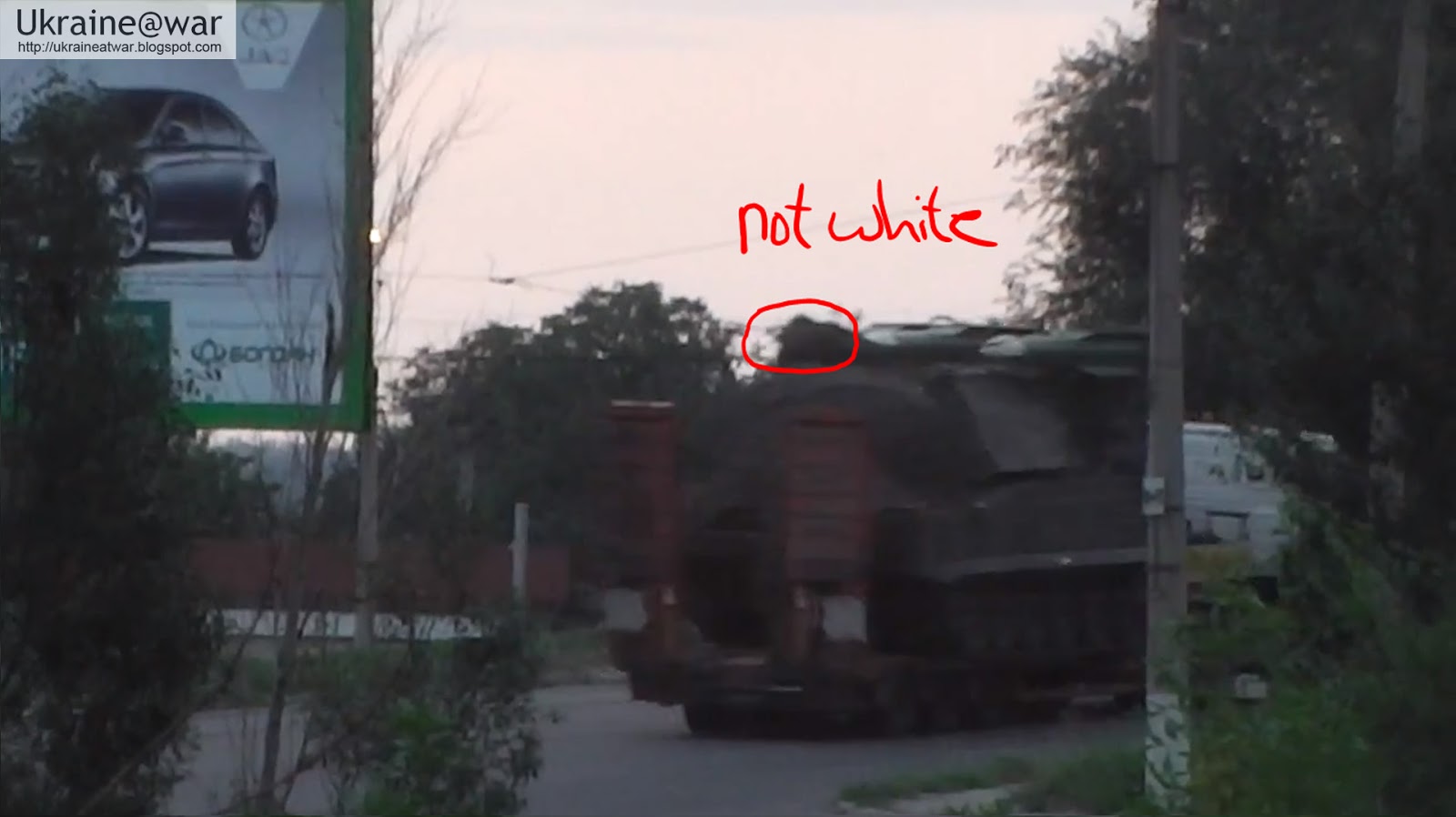 It is reported that it will be brought back to Russia for complete destruction.

Of course... why would Russia keep ANY evidence intact for investigation?


Read here about the fatal attack on MH17.

Many thanks to @bastqq for pointing this out.

Can a BUK system be handled by anybody? Someone without a long training? pic.twitter.com/VHom0cuAfI
— Anders Östlund (@andersostlund) July 18, 2014


And about using BUK by "rebels". Here's a control panel. Go on, sort it out. @lennutrajektoor pic.twitter.com/1q2HU6Pw5X
— Скептикобандеровец (@nahtrezer) July 18, 2014

Radio recording indicates, 3 regular Russian soldiers were manning the #Buk, but their names were not mentioned in the recording.
— ConflictReporter (@MiddleEast_BRK) July 18, 2014

This is what they caused:

Also see: quick update on the military situation in East-Ukraine