Did Strelkov unintentionally admit that Russia sent a plane for help once?

In this video Strelkov explains why they are going to give up Slovyansk:

Let's have a look at the main message of the video and skip a lot of bla bla. The main message is that he wants Russia to intervene. And it goes like this: 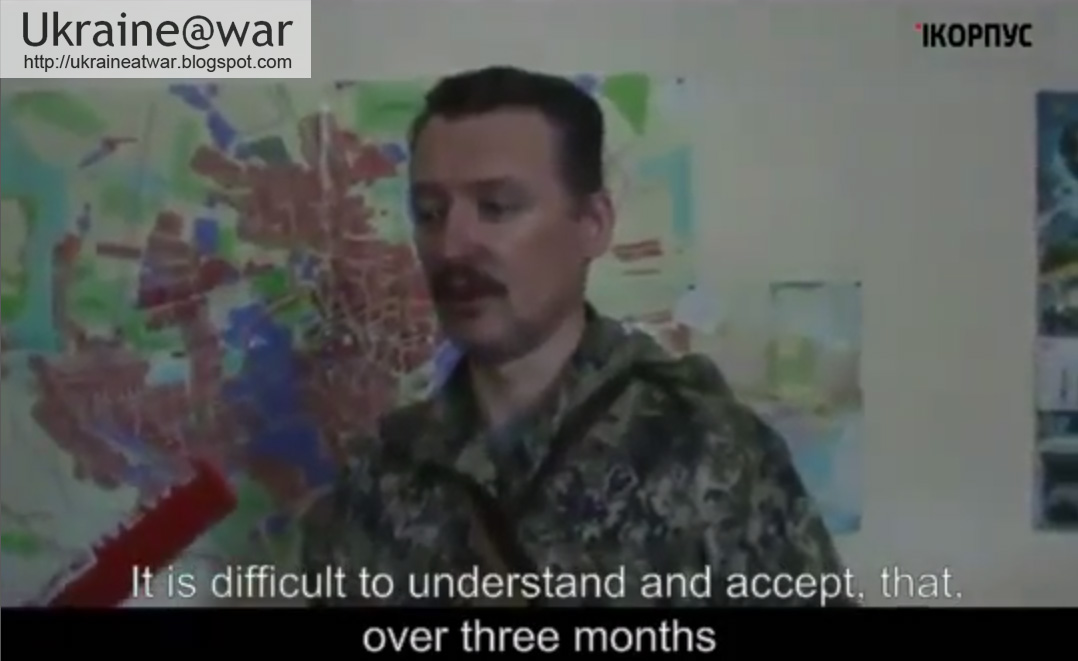 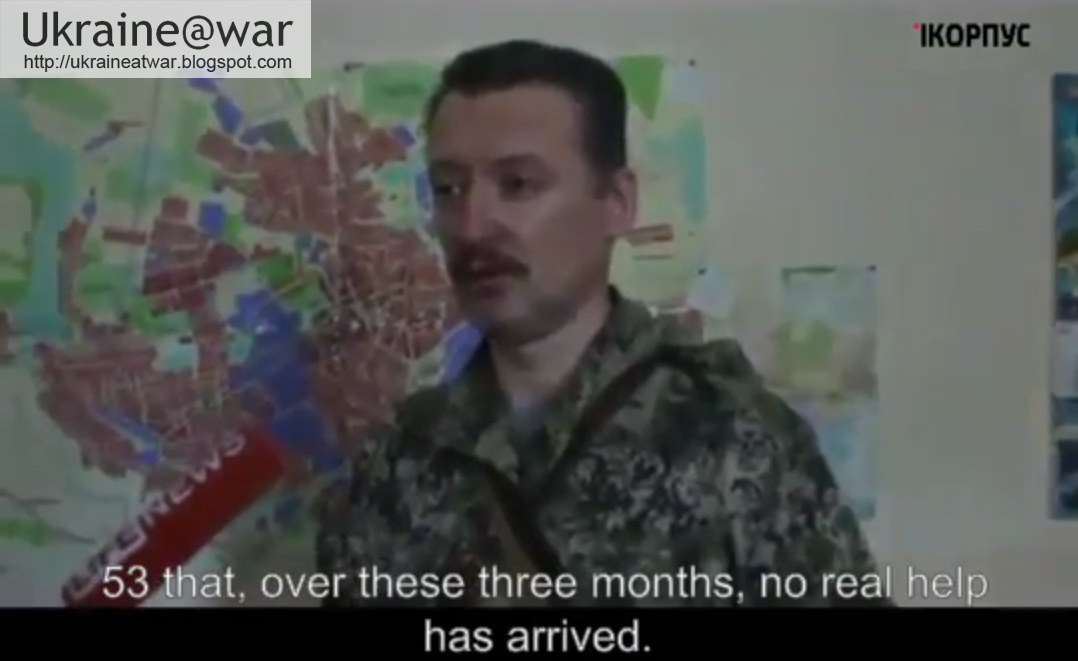 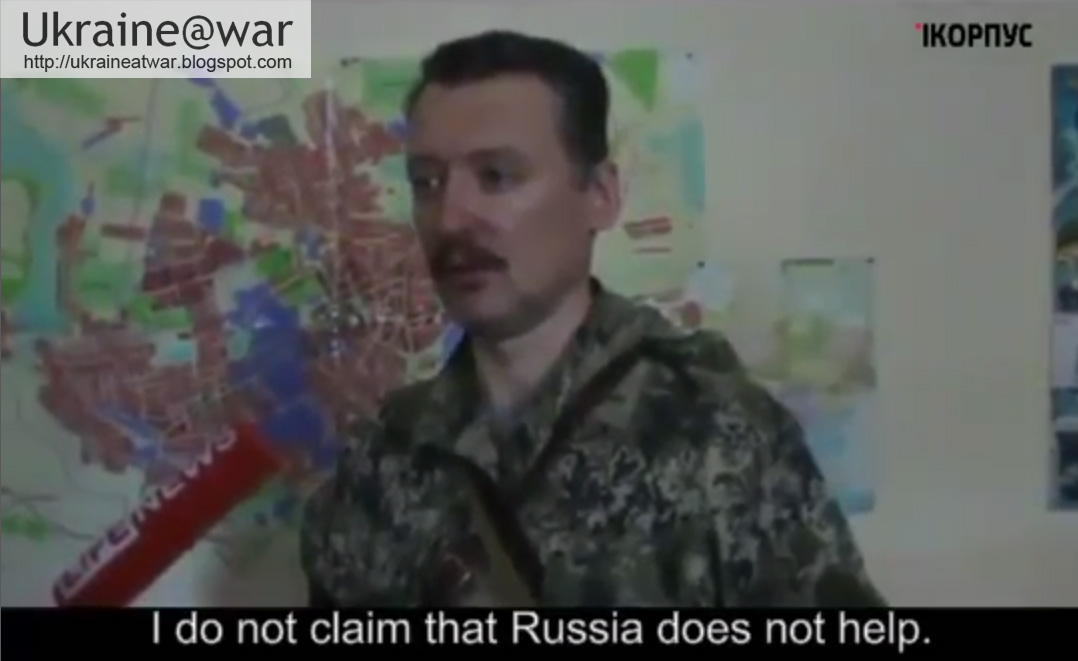 No of course. We know that Russia helps A LOT. 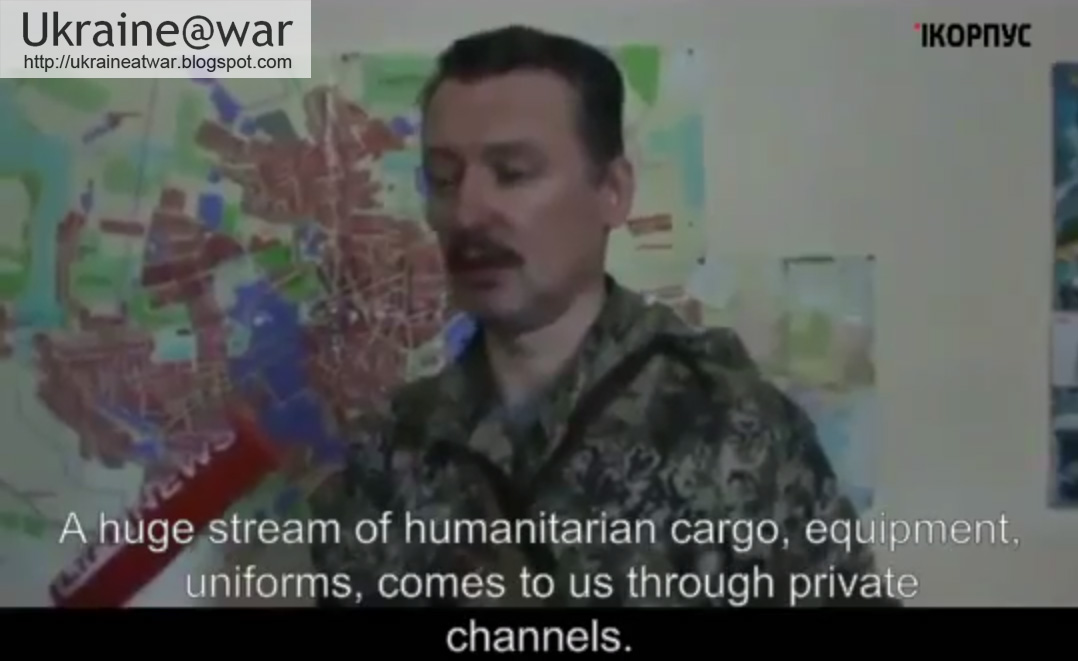 Yep. All these weapons we call 'humanitarian aid'. And they did not come from Russia, but from 'private help'. Ok? This is the propaganda story. On how to 'sell that story to the world'. 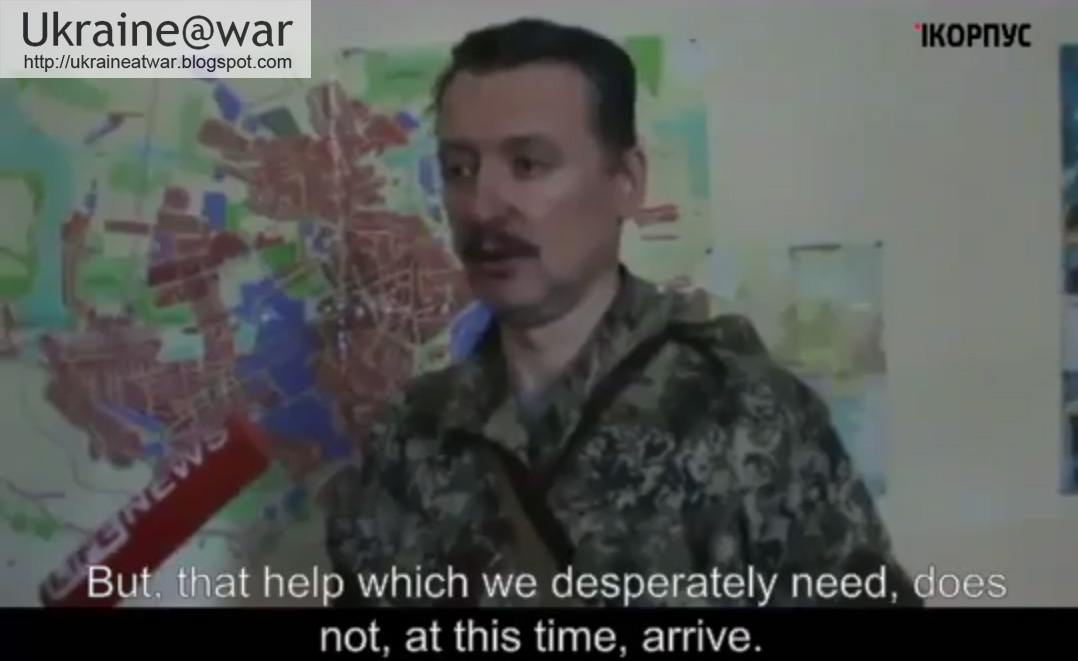 You see? It is not enough. Russia has to step up it's support (send more weapons and troops). 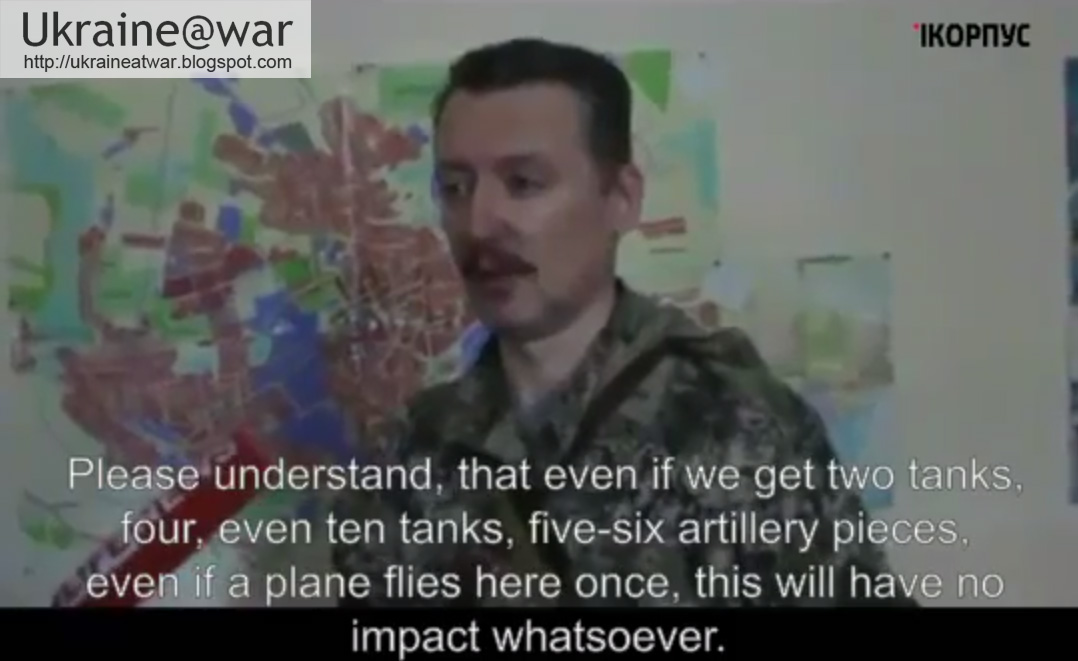 This is the interesting part ...
"Even if we Get 2-10 Tanks ..." We know he Got Those already. About 20 in total.
Of course he will never fully admit in front of a camera that he got those tanks from Russia. So he is talking HYPOTHETICALLY about it.


Next thing is that he also unintentionally admits that he is a Russian army veteran who has been operating in Chechnya: 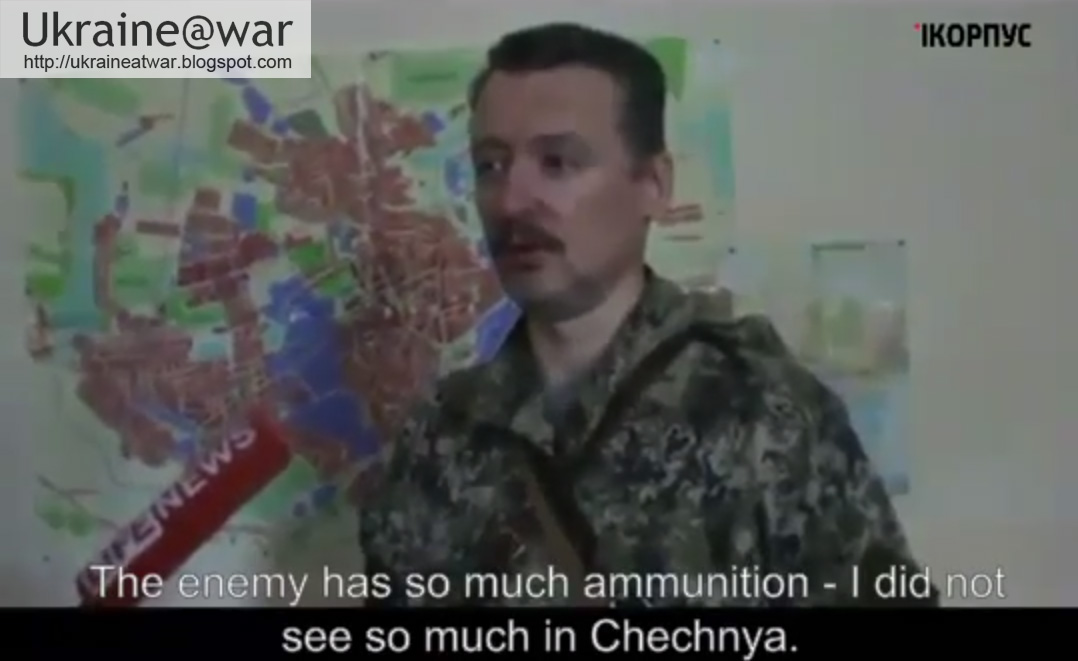 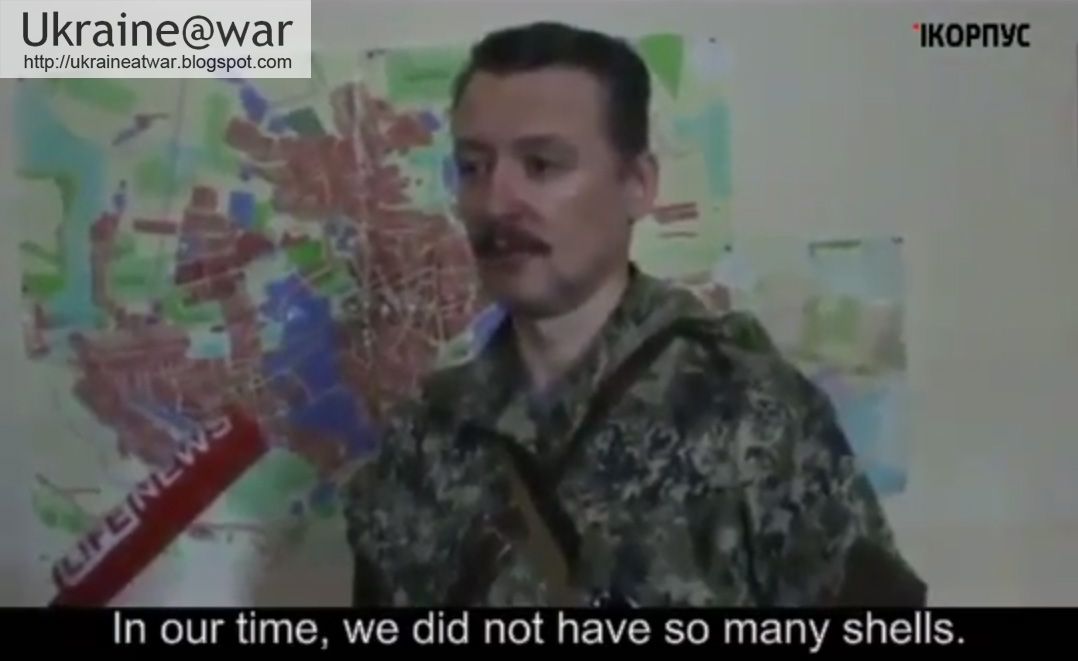 And then he concludes his message: 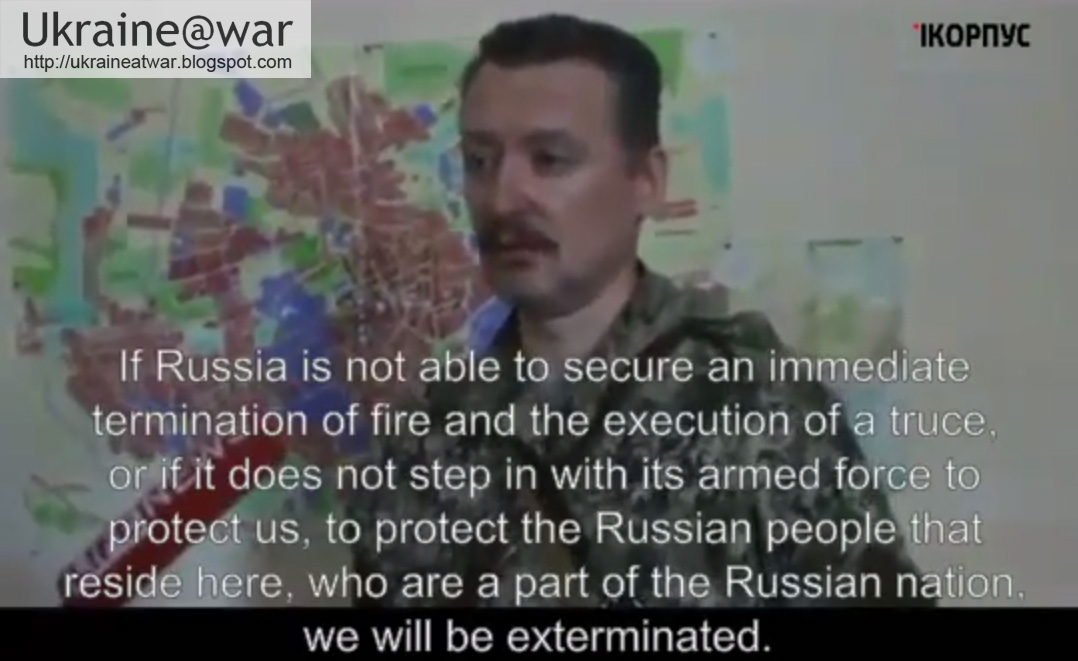 Russia has to fully invade with its army... 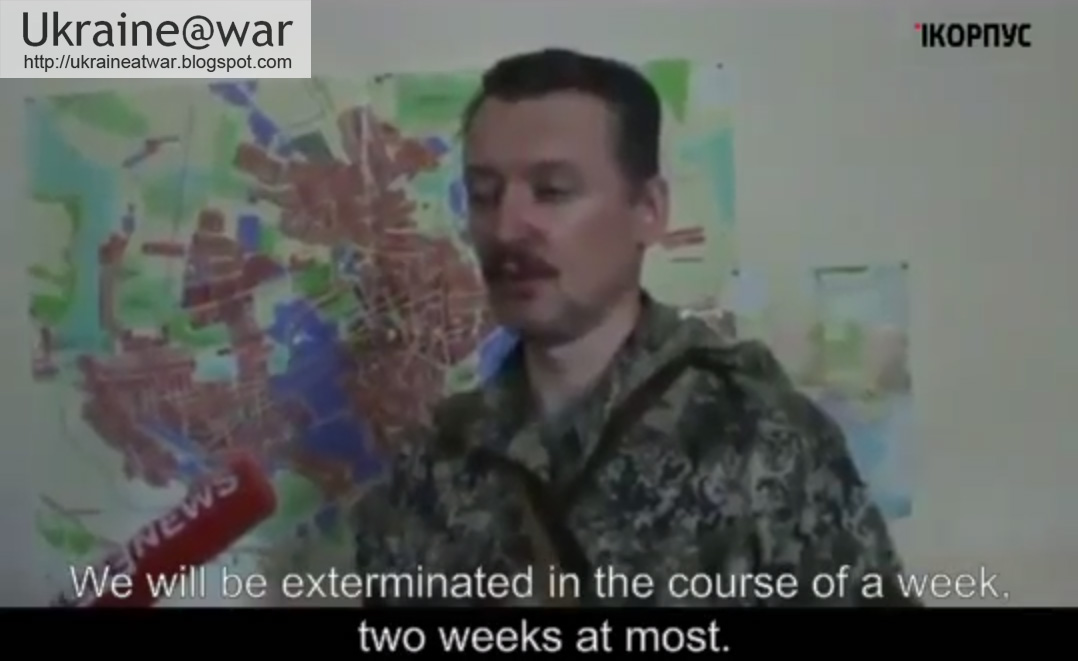 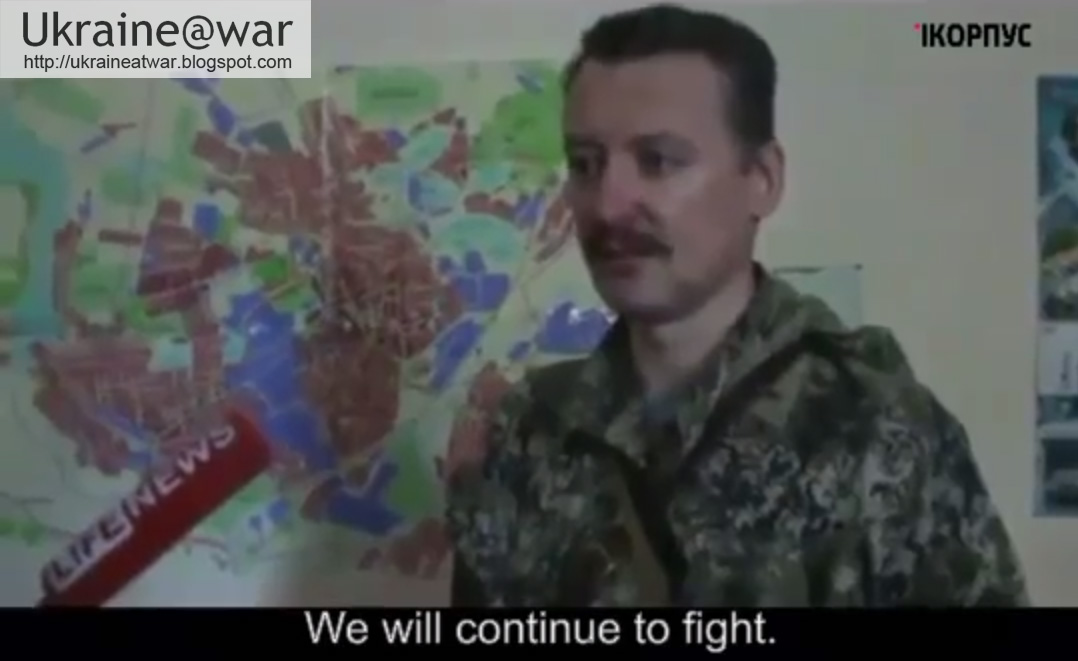 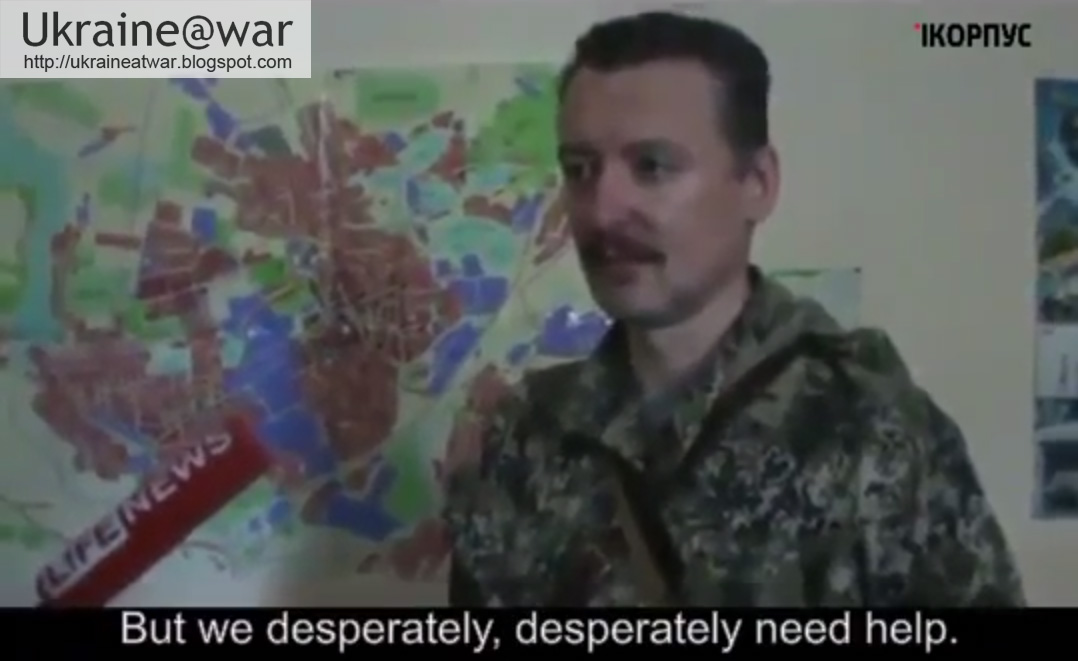 Thank you Strelkov for your frankness.