Something is still going wrong with the border crossings?

Since then we have not heard much, but once in a while a messages came in.


News coming #ATO forces @ #Izvarino BGCP are encircled. They fear might not to see another day. #Ukraine
— lennutrajektoor (@lennutrajektoor) July 5, 2014

That doesn't sound good at all.
On the same date this:

So probably the air force saved them?
July 6th:

This is the only photo we have seen for days and it gives the impression Ukraine is still quite in control.
July 8th:

Now Baby@Truth_seeker ia a (pro)Russian account and as such NOT reliable at all. He uses a photo that was taken three days earlier. But it doesn't mean that always everything they say is a lie. So there might be a problem here.

@Catherina_news (also heavily biased Russian account) even spins a more inconceivable story on this in an attempt to create a heros:

The photo of the tank is taken in Irak in 2003. The story really sounds far-fetched and the evidence given is faked, so it can not be taken serious.

Also the Russian MilitaryMaps shows Izvarino as territory retaken again (as well as North of Lugansk and Konstyantynivka): 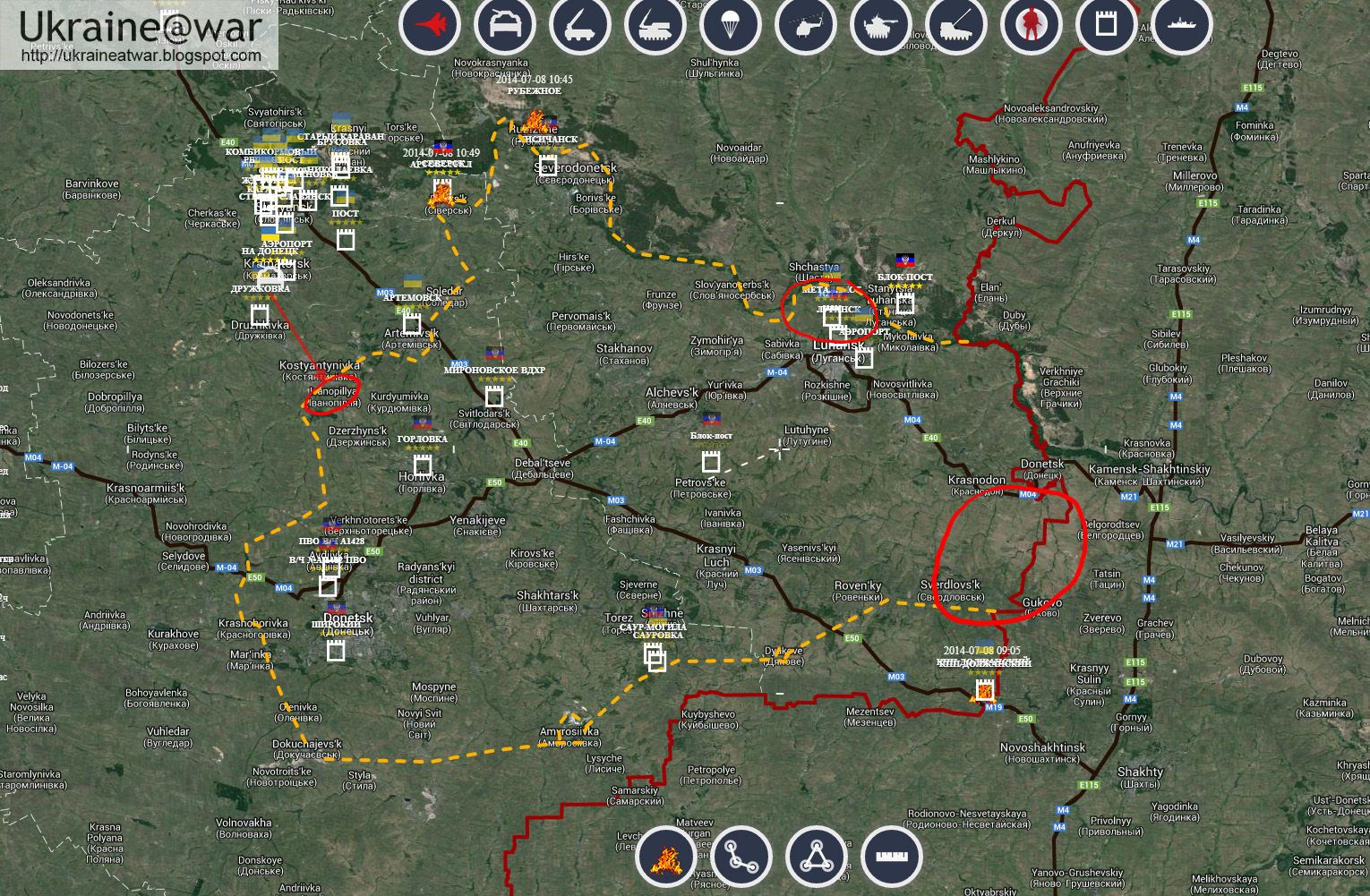 These Russian sources all copy each others propaganda lies so it is hard to say something senseful about it.

But @interpreter_mag shows an interview with LPRs self-declared leader Bolotov claiming they got control over Izvarino again:

The other sources may go back to this interview.
We may have to take this message serious. Of course if it is true, it is bad news. When the borders are not closed reinforcements will still pour in.

If this is really a meaningful event remains to be seen. The border crossing are mostly abandoned and not operating. So if either side checks for activity once in a while it does not mean they have it in control. The real question is where the Ukrainian companies are and whether the road is accessible/usable or not.