(pro)Russians firing GRAD at a village?

My goal is to really nail at least one incident down, where we can see the (pro)Russian firing GRADs and also see the destruction they caused.

Here is one video of GRADs firing: 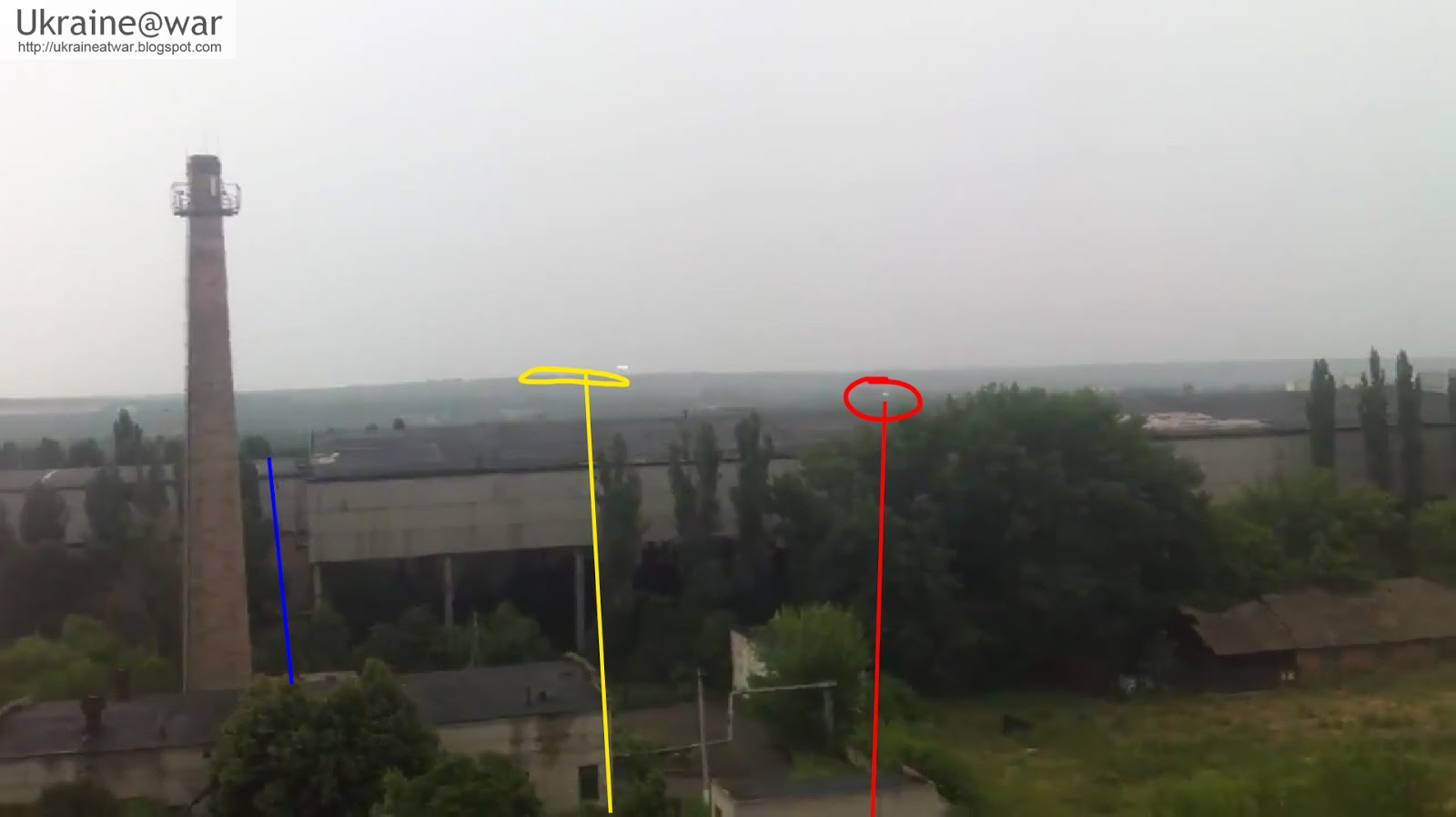 On a map these lines are drawn like this: 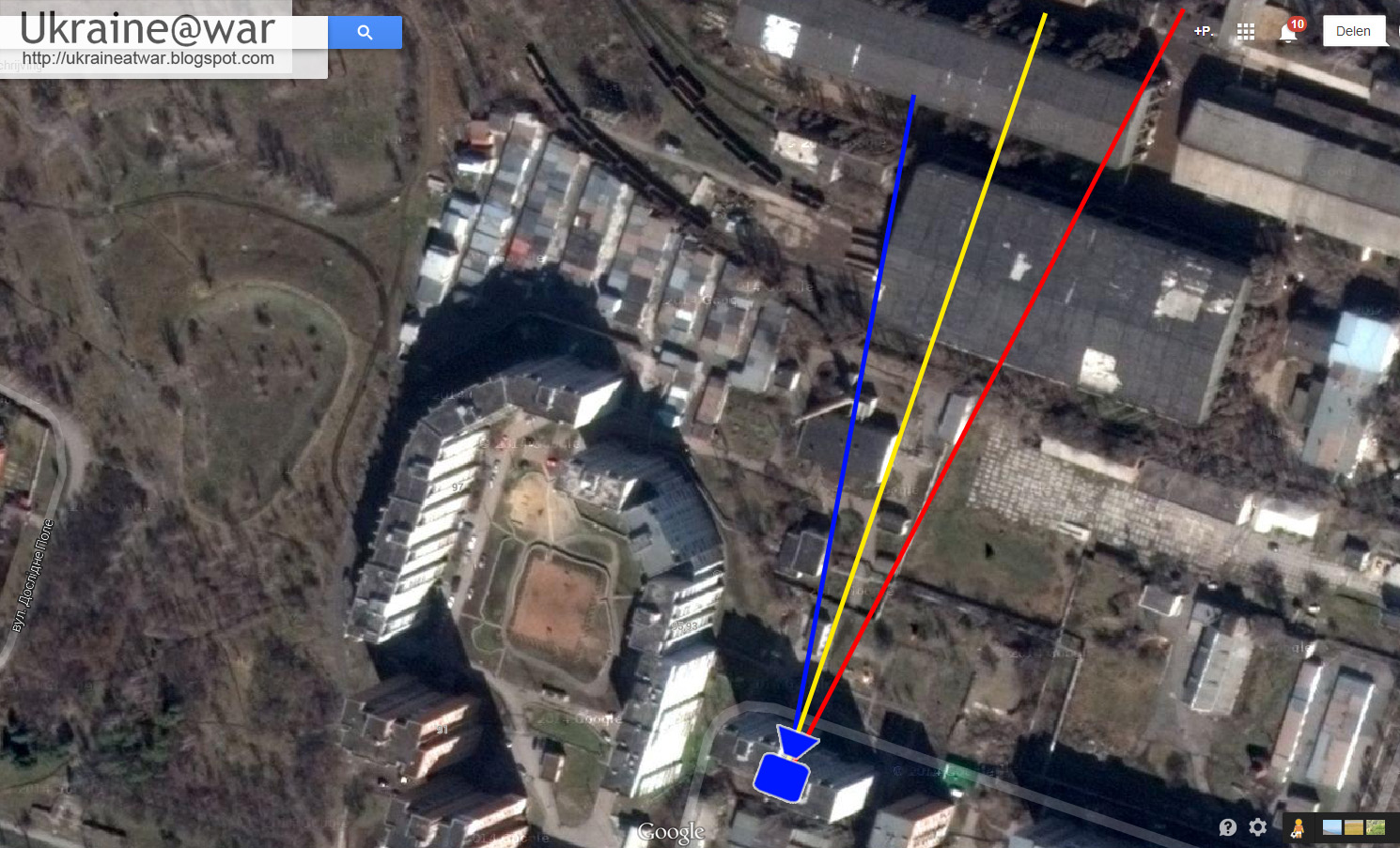 On a larger scale the red and yellow line look like this: 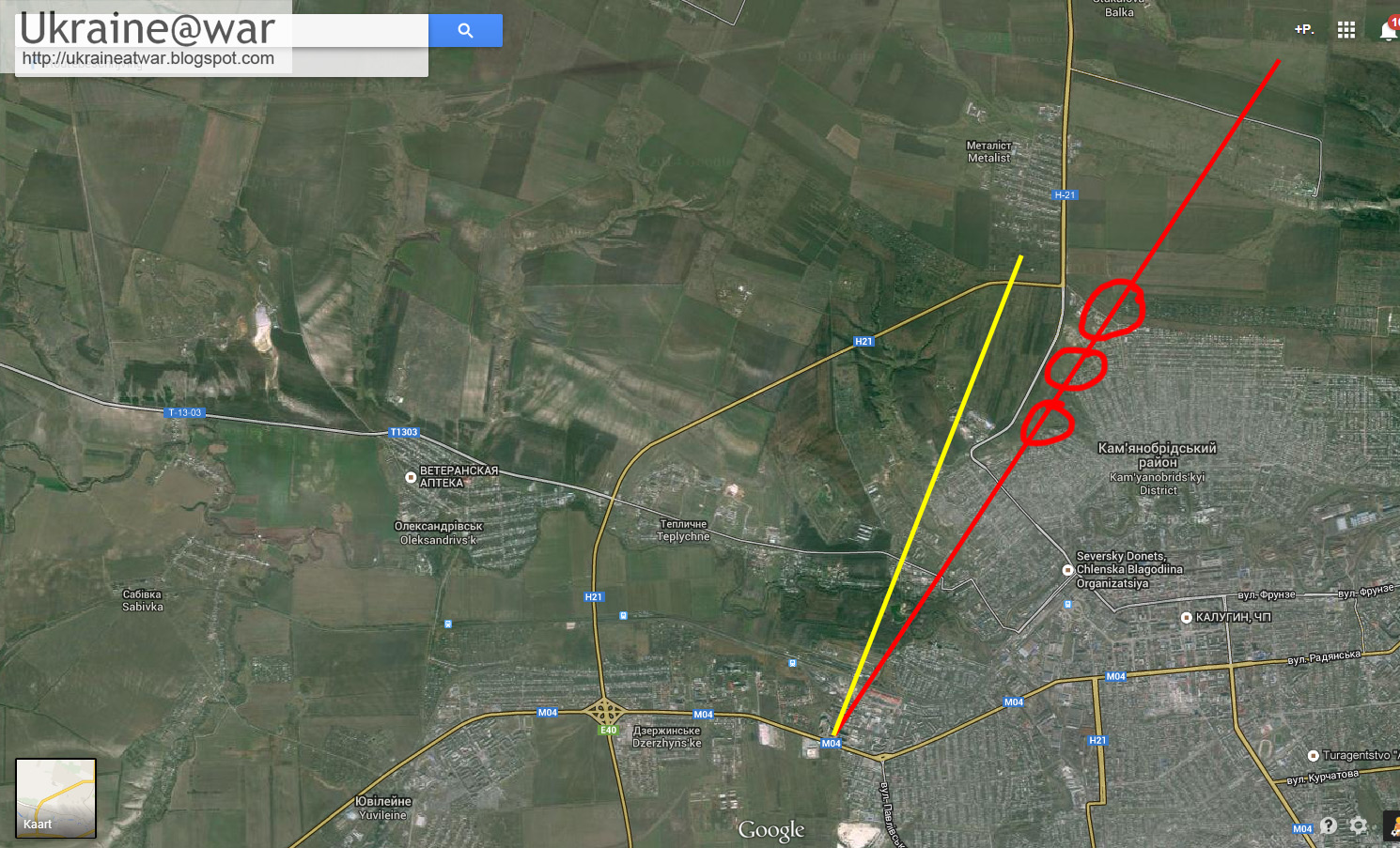 Somewhere along the red line there would have been the location of the GRADs (red circles).
As can be seen the yellow line points directly towards the village Metalist. It means the rockets are not fired directly at Metalist, but go beyond it. 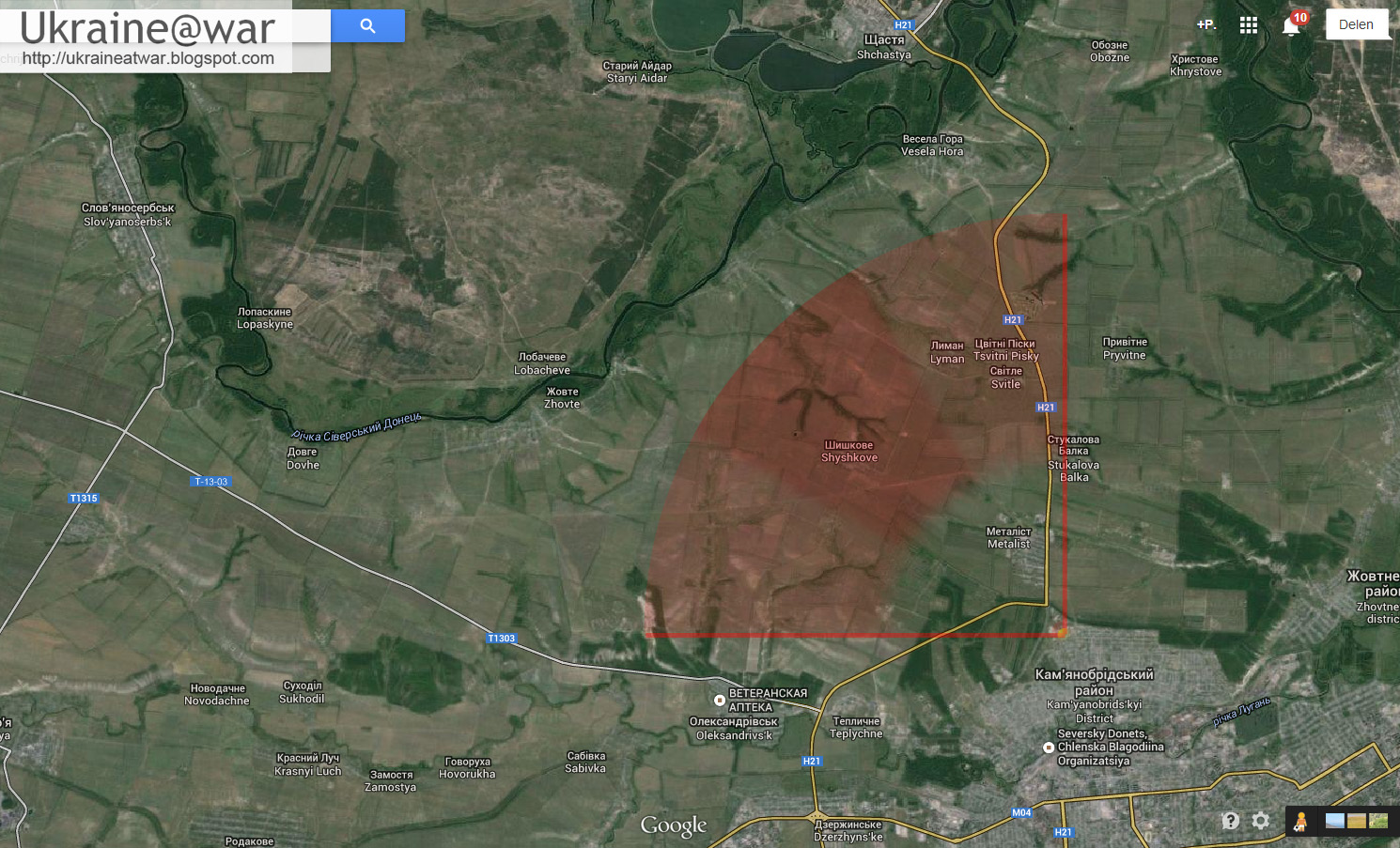 Yes, there may have been military targets in that area. But there is also a village Shyshkove exactly in the middle of it. At this moment we have not heard any news of this village being hit. But maybe somebody can go there and have a look?


UPDATE
Maybe this incident has to do with it. A report about an air attack at Aleksandrovka Village, just West from Lugansk and in range of the GRAD if it would be firing more towards the cameraman.

Here a video can be seen from a spotter directing fire near Aleksandrovka.


They report to have destroyed three Ukrainian vehicles, but this is not confirmed. Since their firing goes into all kind of random directions, they may just have hit the village and reported this as an air attack by Ukraine.
Posted by Ukraine@war at 1:44 PM