Some serious devastation going on near Lugansk airport.

Two videos from Lugansk with immense fires in the evening near Lugansk, reported to be from the airport. Fighting is still going on.

Screenshot from the last video: 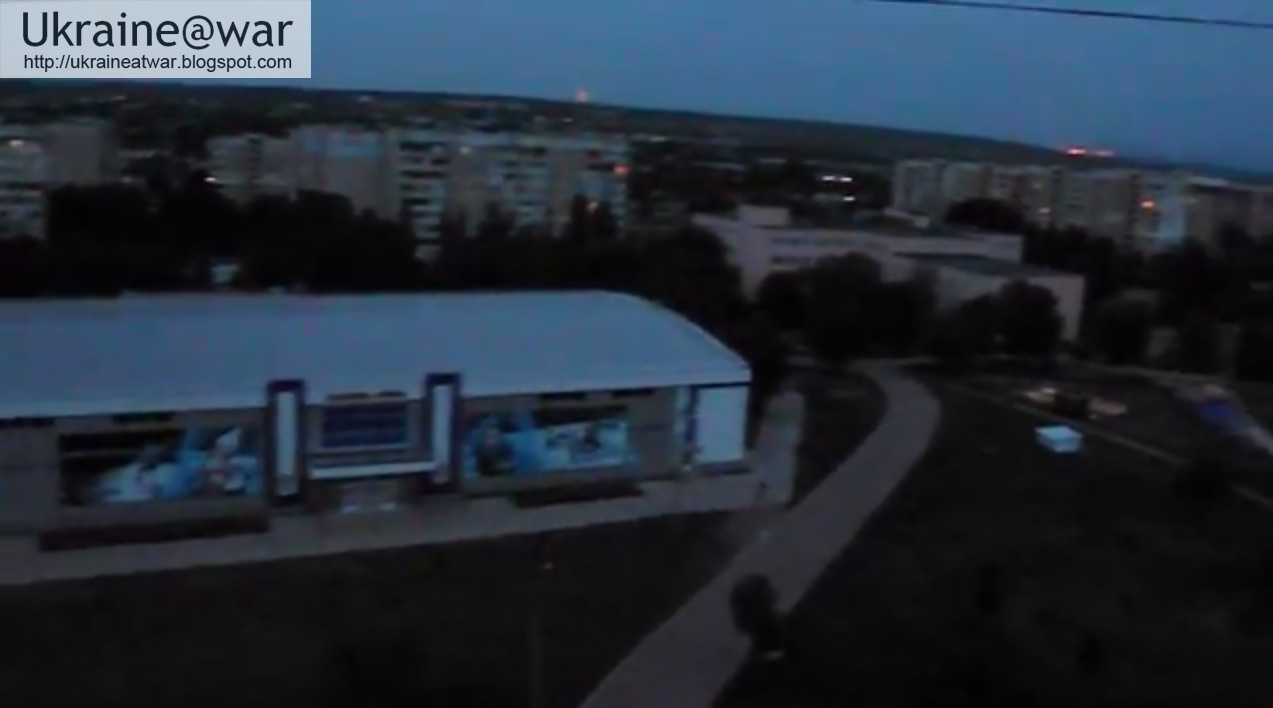 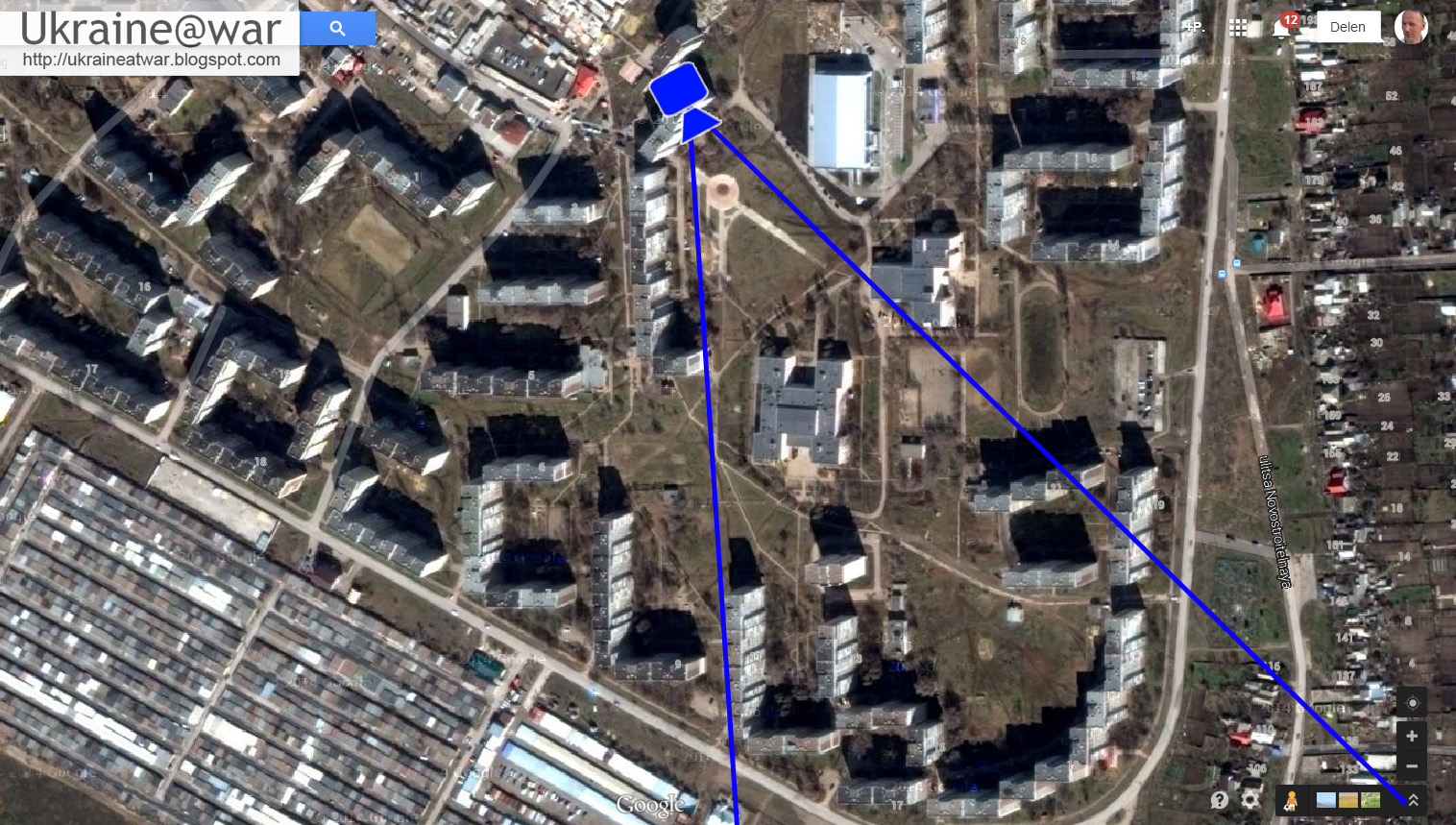 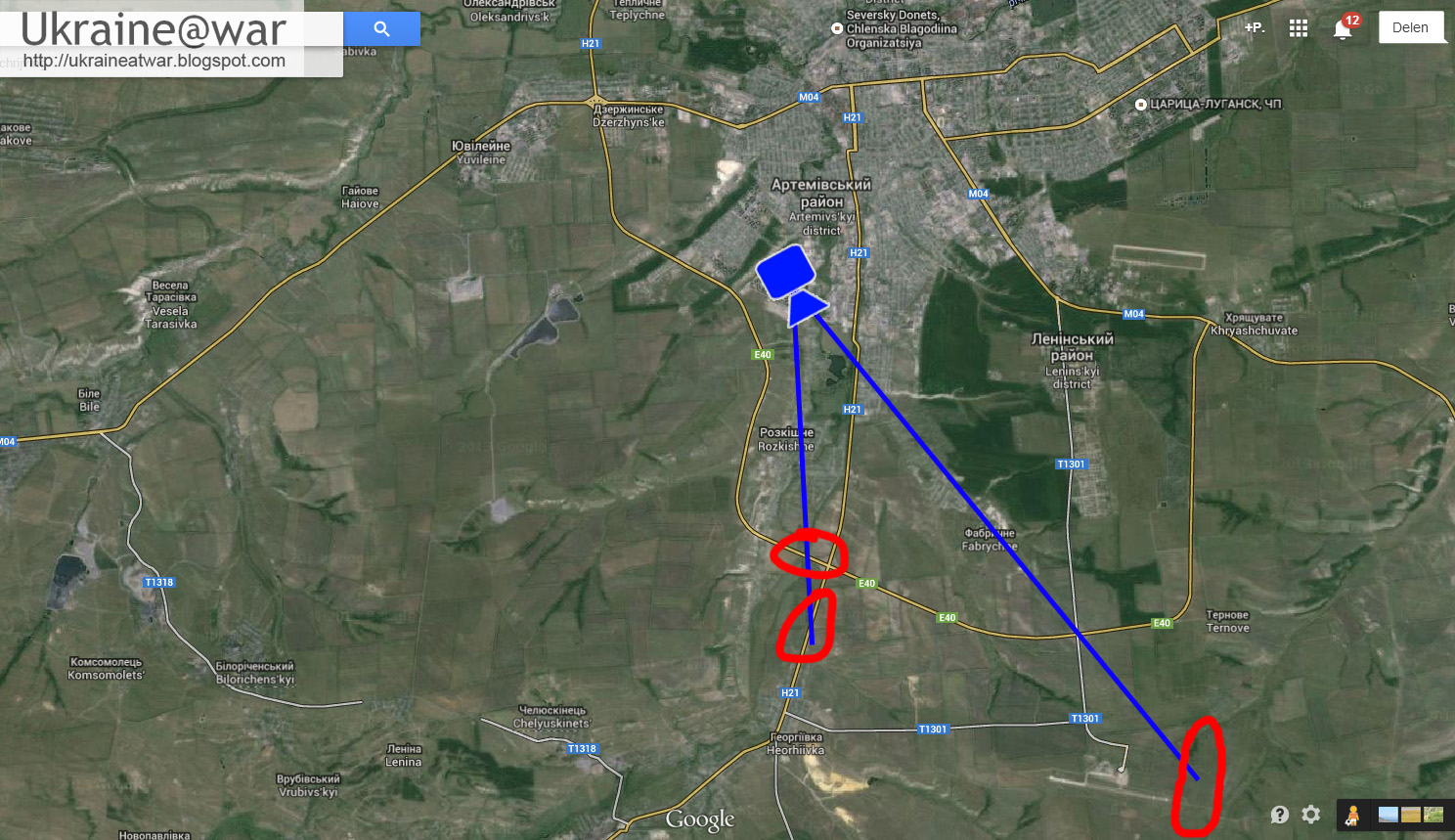 The red areas are the highly likely areas on fire. 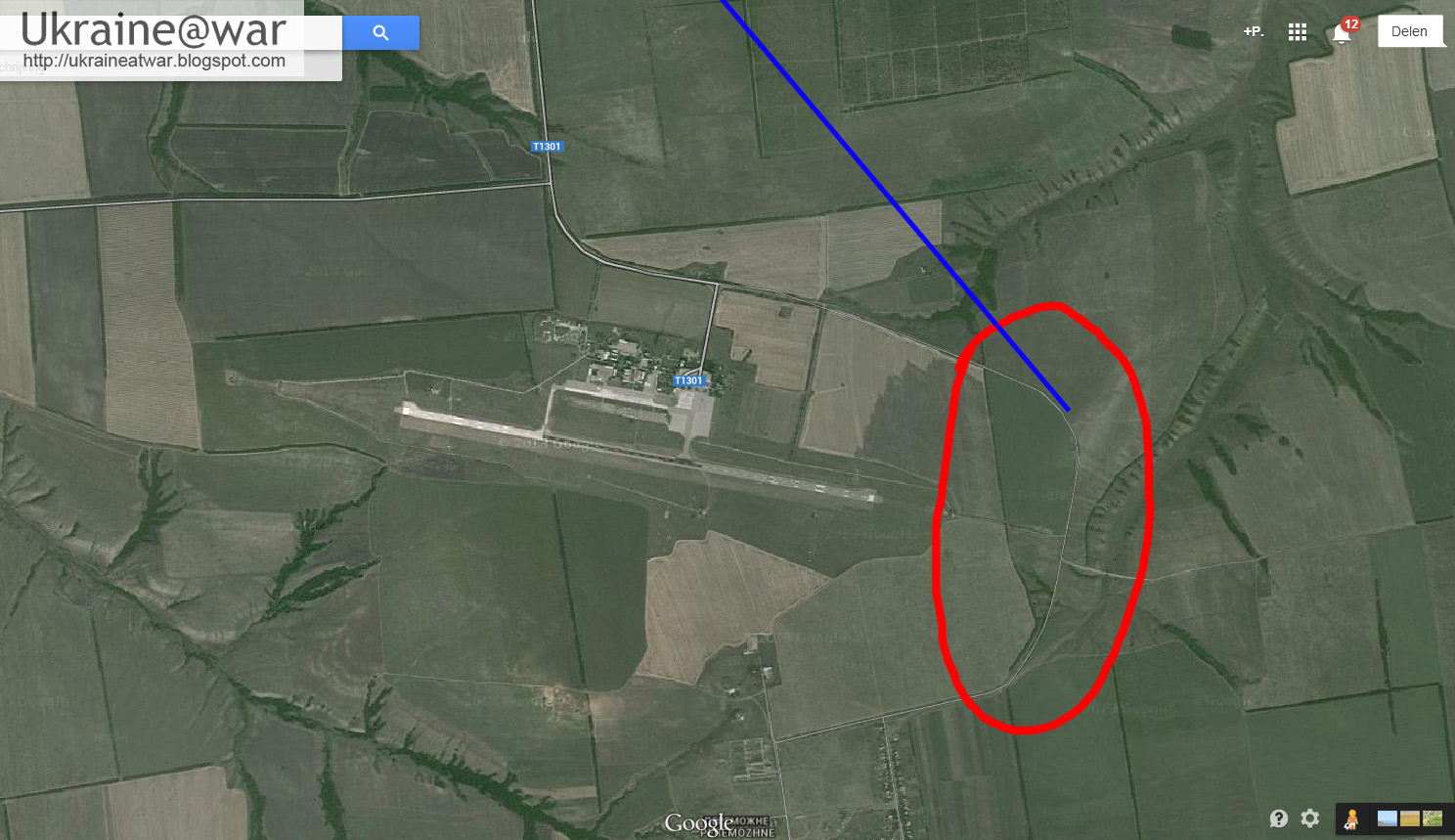 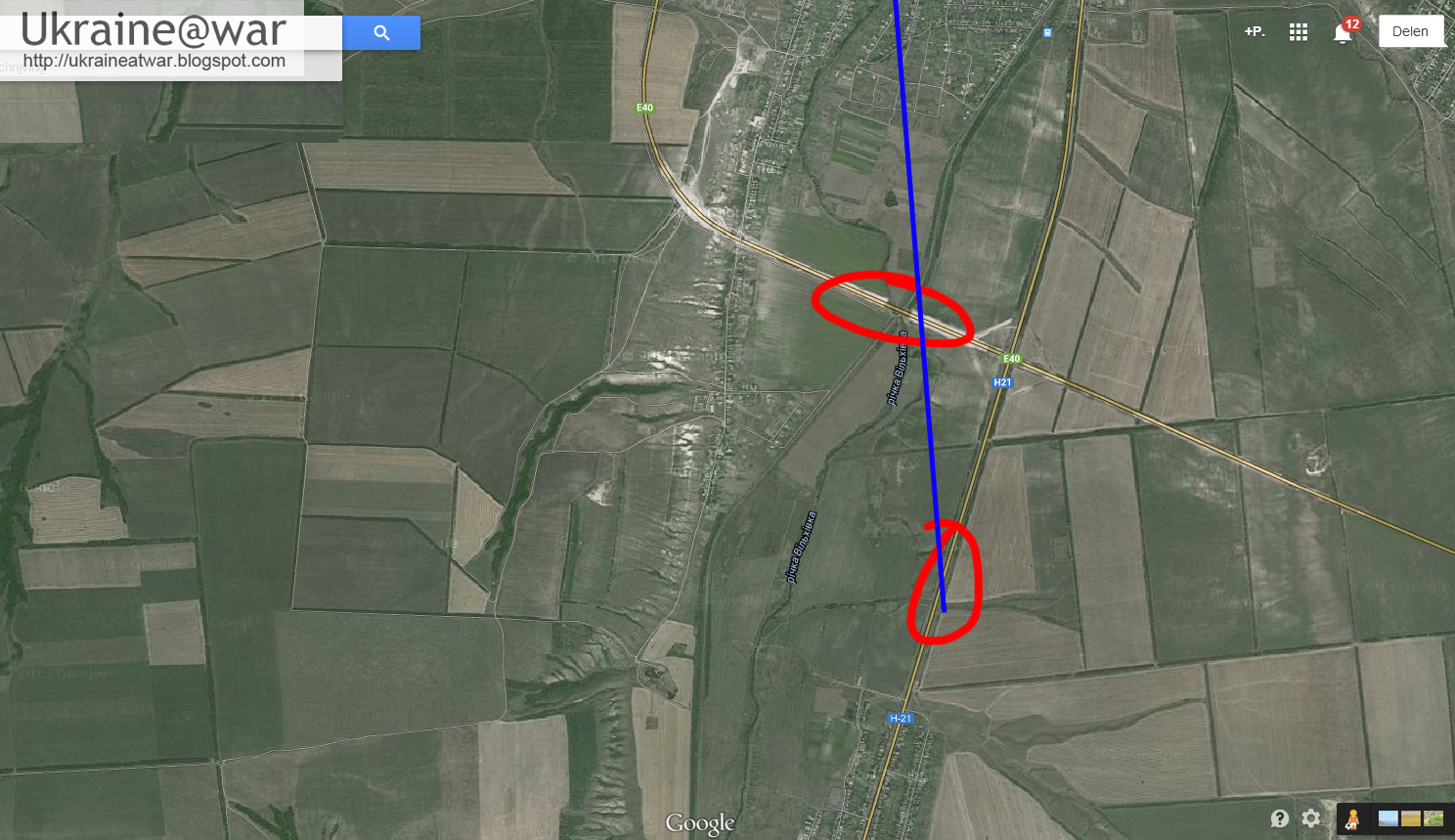 It can be confirmed that this is from the airport area. It does NOT look like the airport buildings itself are on fire. 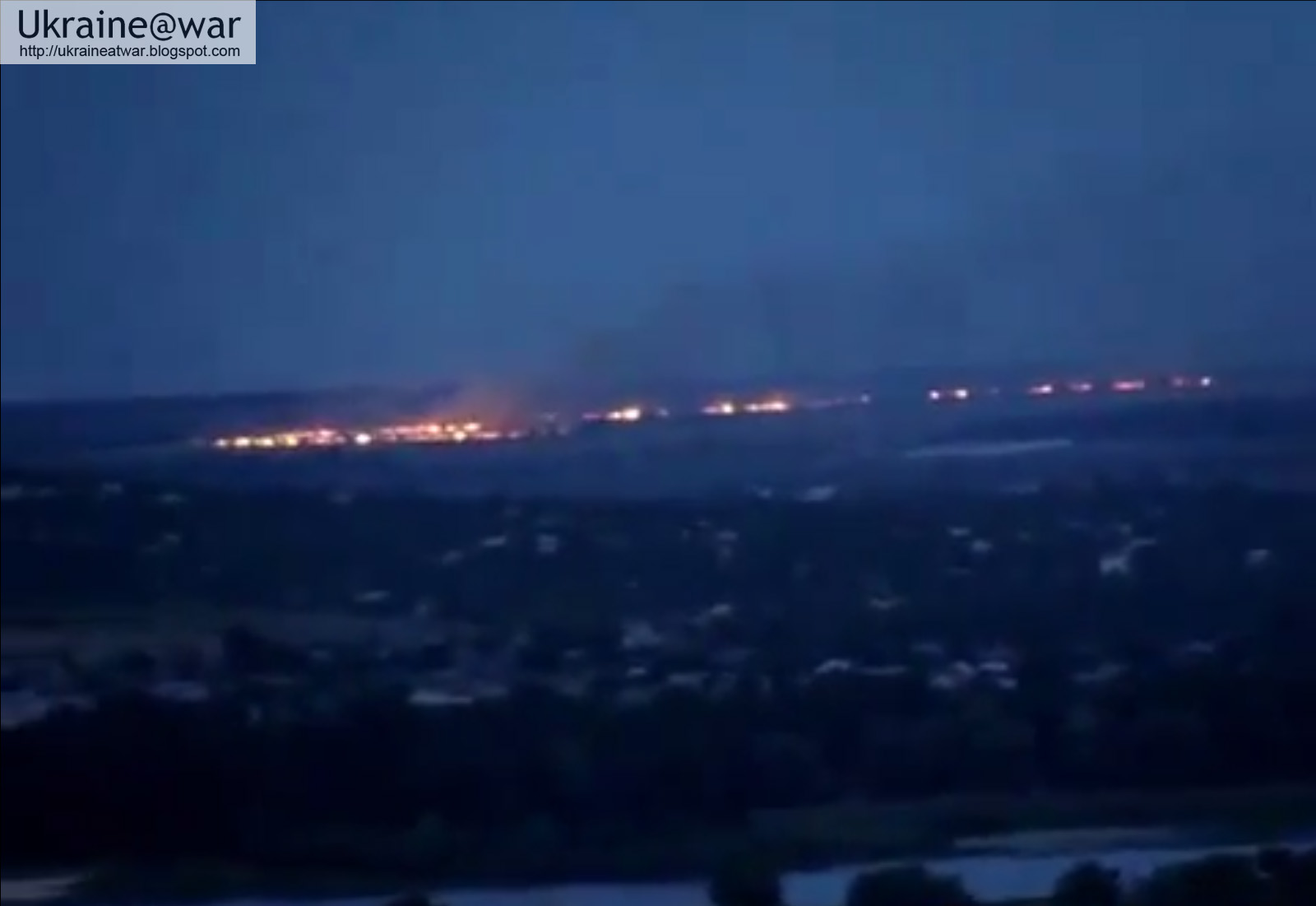 Some 15-20 vehicles may have been destroyed: 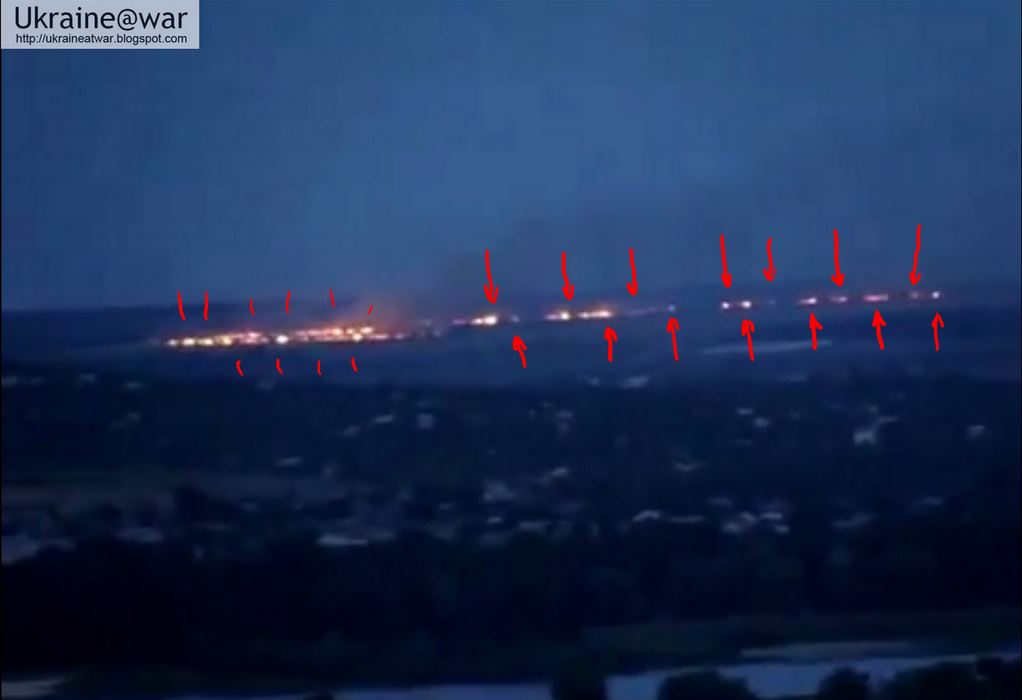 A Panoramio photo here Could be found from A Similar Point of view by daylight :

Fortunately it does NOT look like the entire nearby village of Peremozhne is on fire. But what IS on fire is unclear.


The Russian MilitaryMaps shows the operation Ukraine performed to set the airport free: 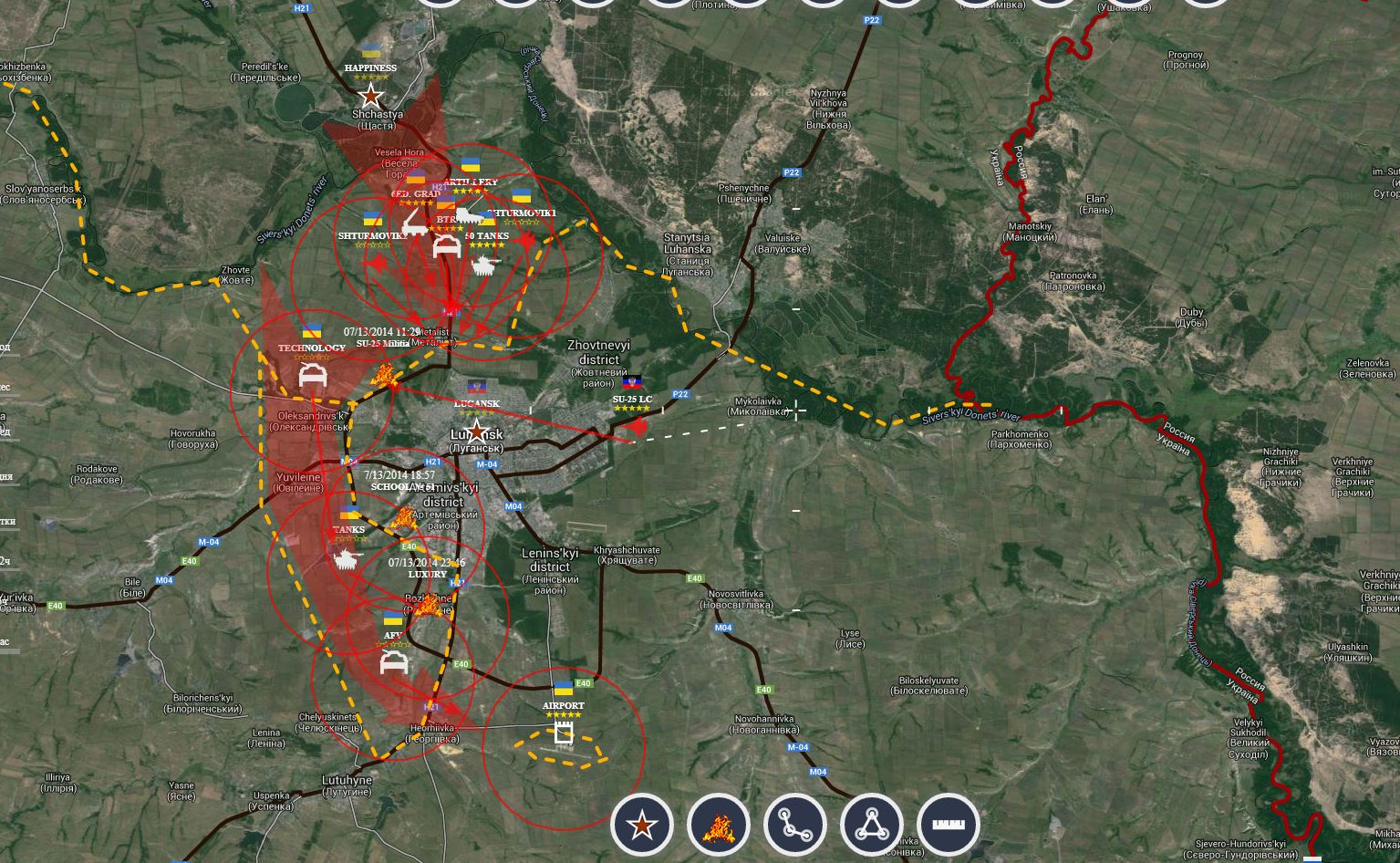 This video shows what happened earlier during daylight: 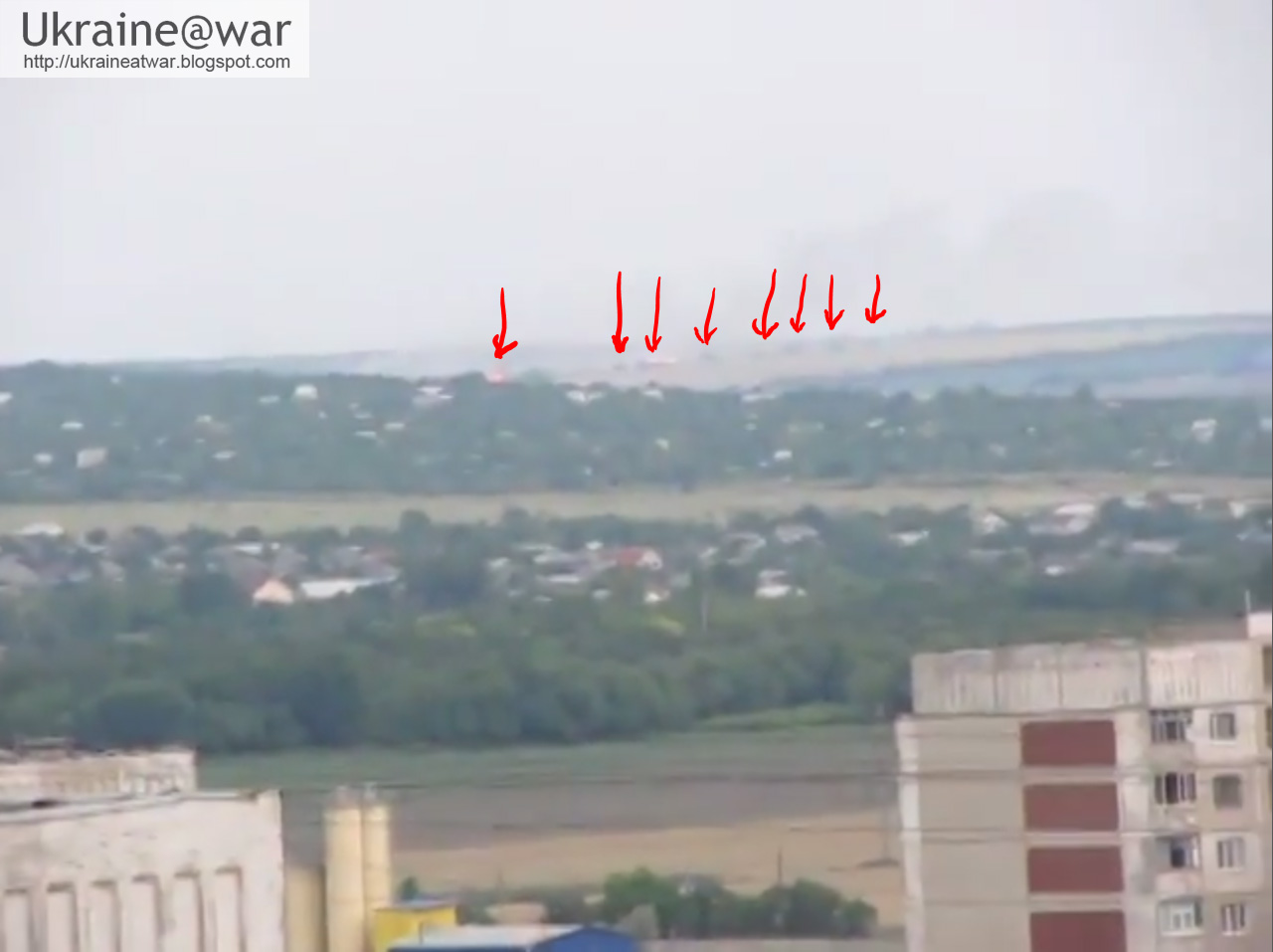 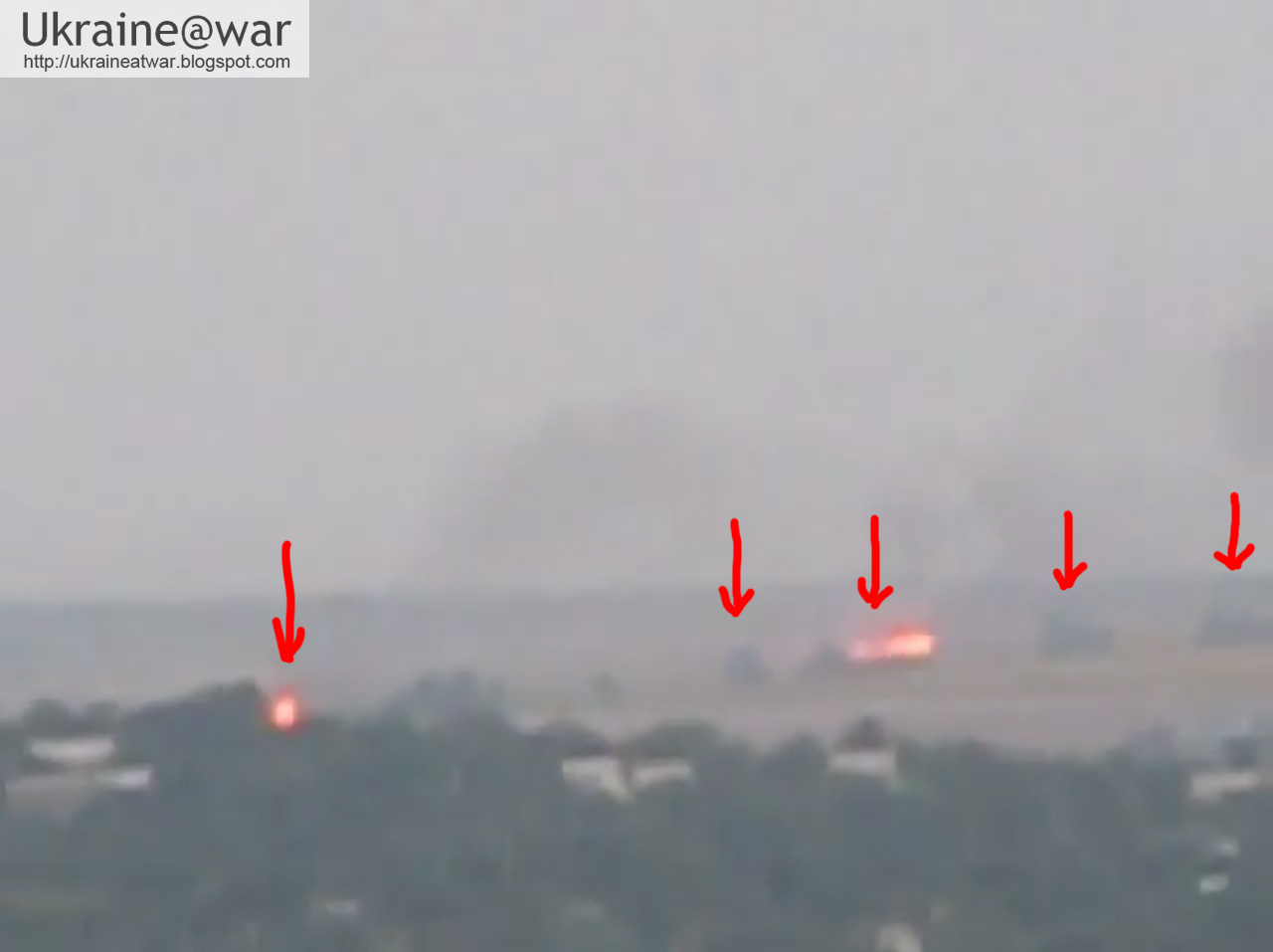 It definitely concerns vehicles and not just trees or houses.

This is the first video of the aftermath:

Two destroyed vehicles can be seen in this video. It is on one of the two intersections in the vicinity of Lugansk airport. 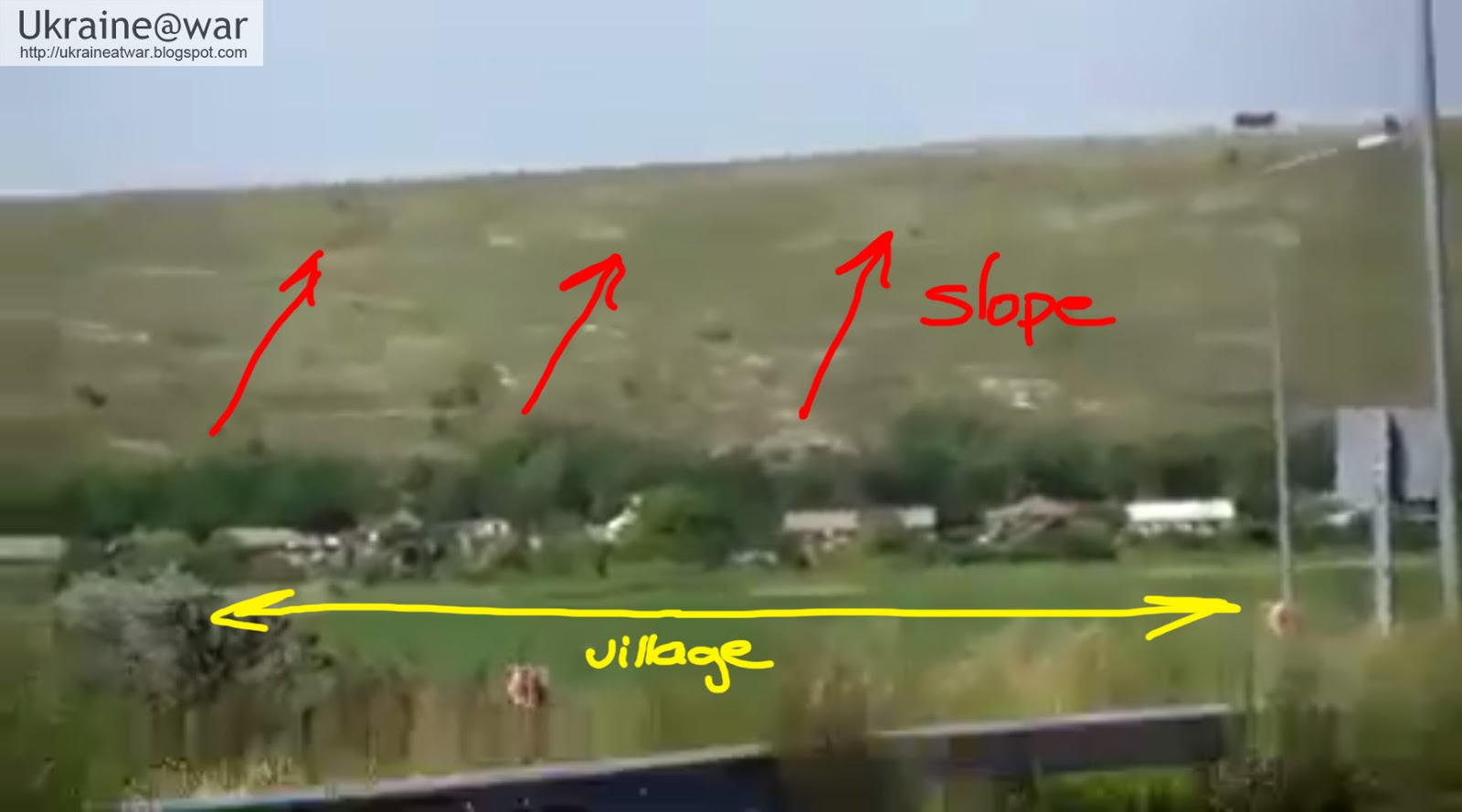 This corresponds with this map: 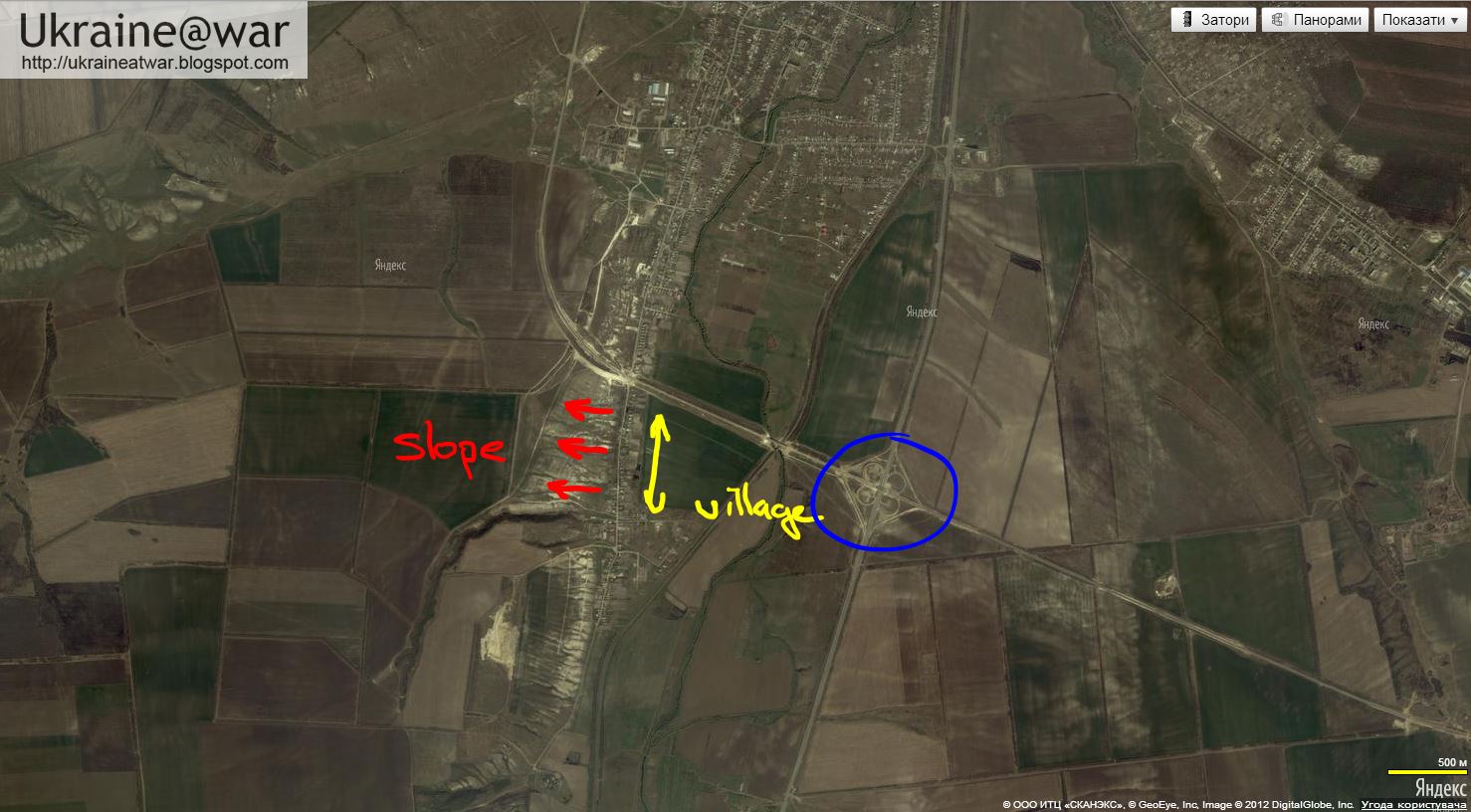 That location corresponds with the (small) fires seen in the evening videos: 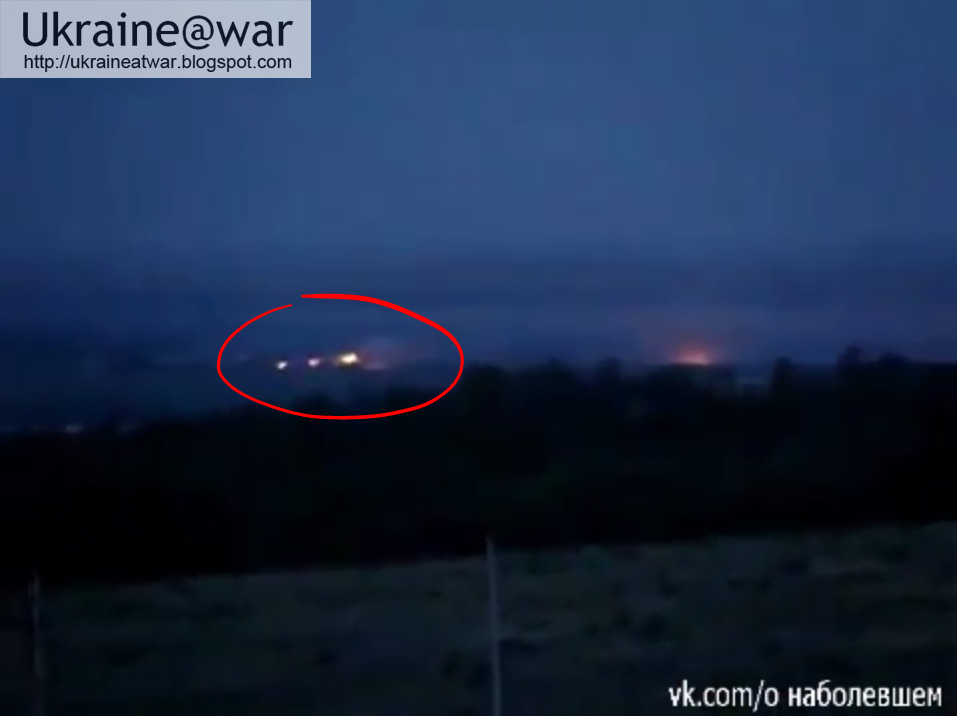 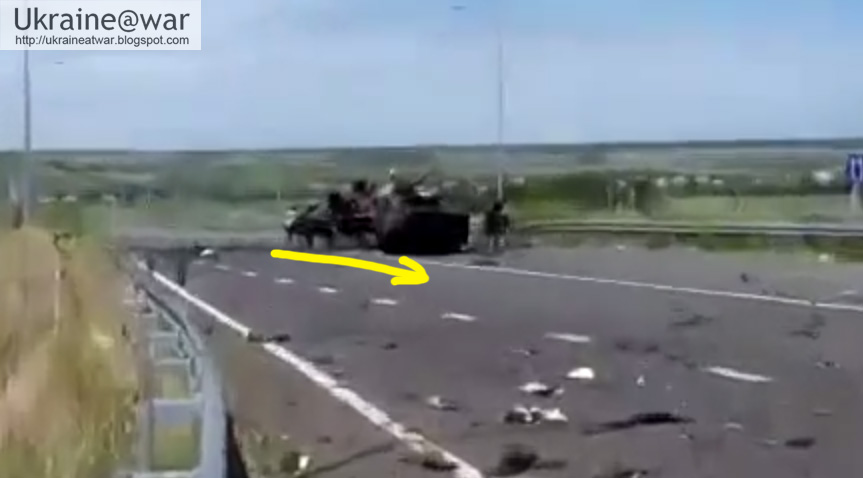 is facing the airport and it means it came from the direction of the Ukrainian attack. So most likely this is a Ukrainian BTR.

The soldier in the video seems to be (pro)Russian, so likely the Ukrainian army retreated from this area again.

Screen from that video: 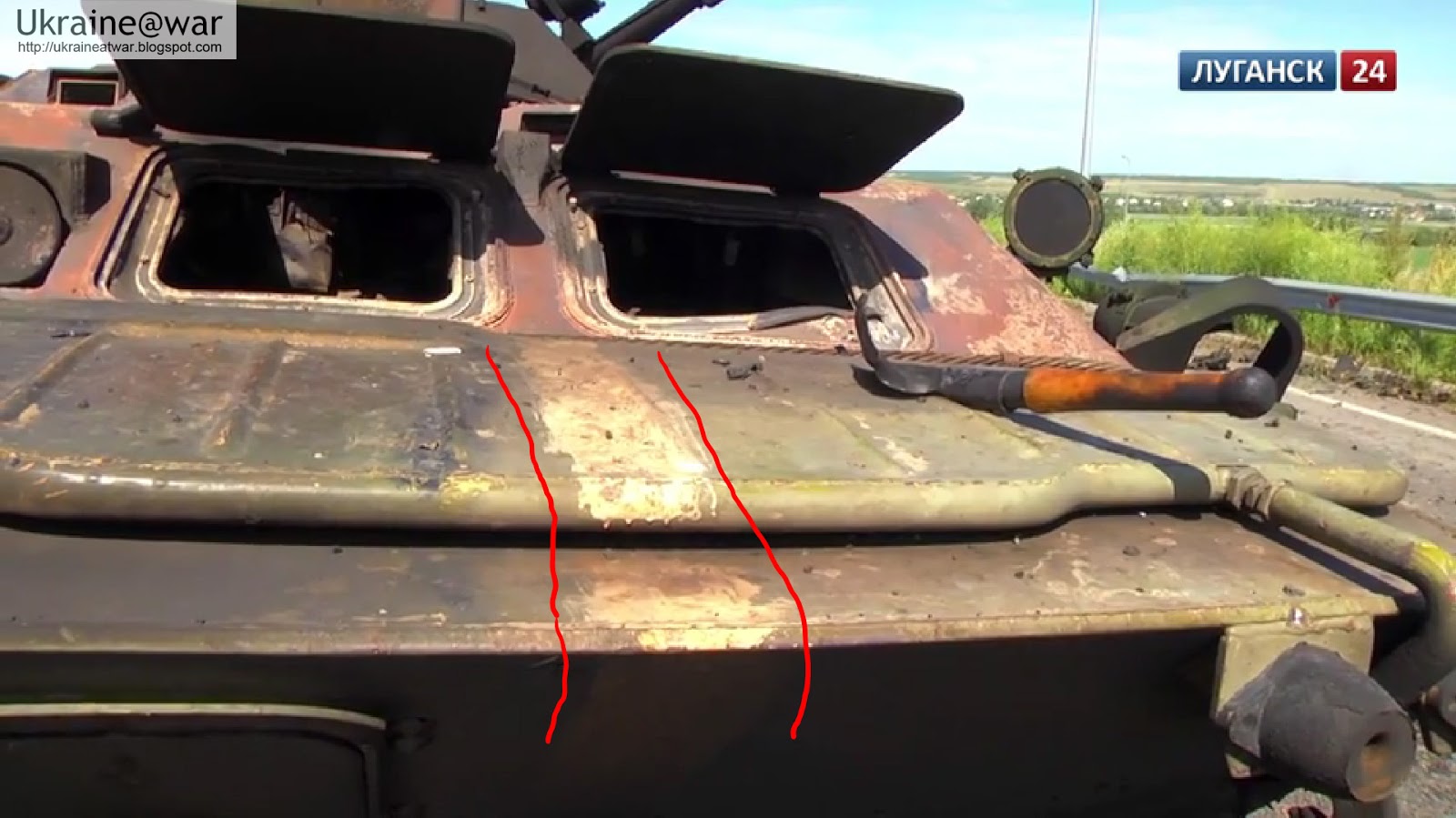 The BTR has a white line across the middle used as an identification for Ukrainian vehicles.


This page will be update when more info comes in.