How 10 tanks and 10 GRADs can enter Ukraine unseen

This video shows fighting going on in Krasnodon: 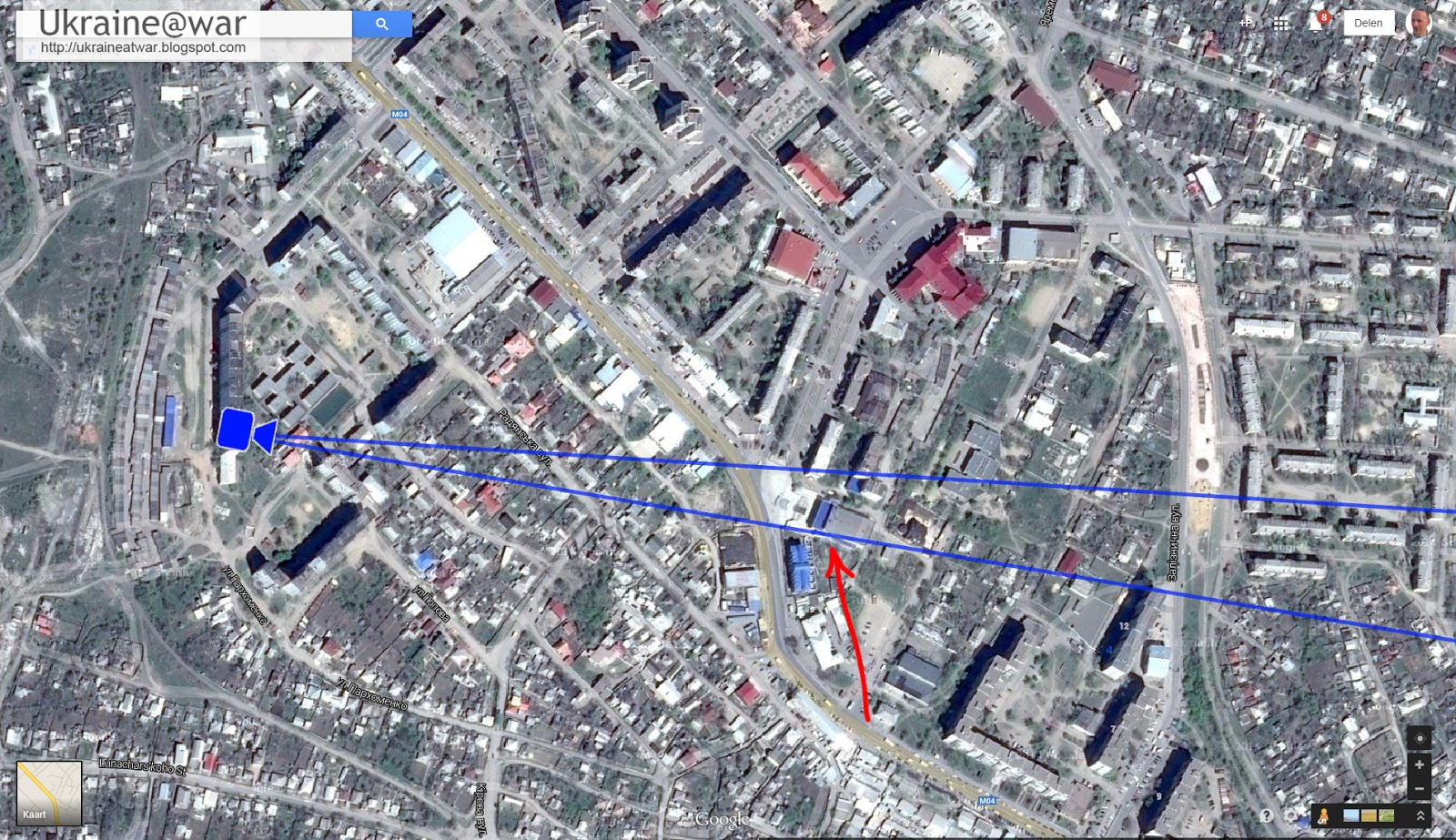 The blueish building is at the red arrow. 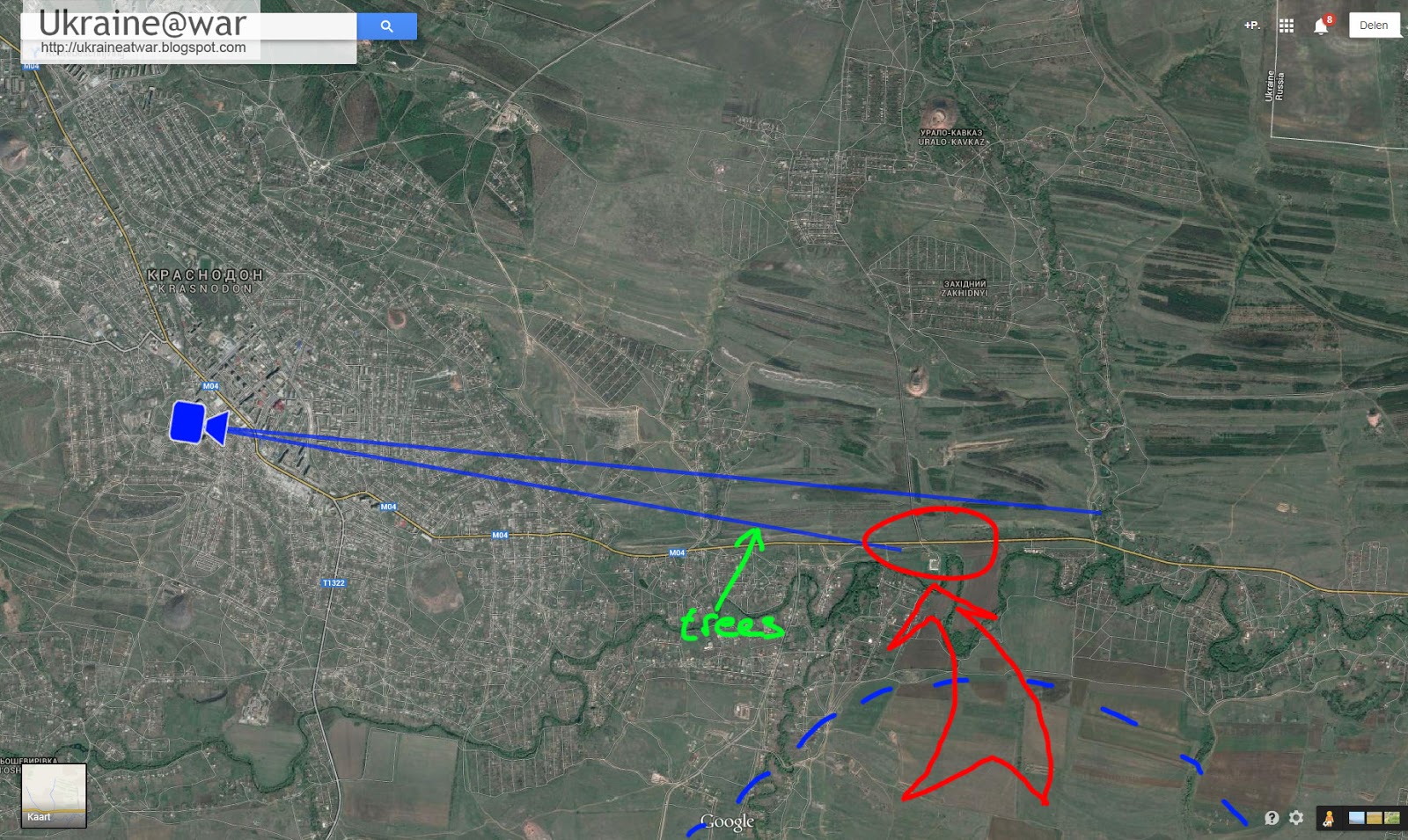 The green arrow shows the trees visible in the shot.
The red circle is the approximate area being attacked.

We already know from earlier reports that a Ukrainian company is operating/patrolling in this area (blue dotted line). So it looks like they are fighting to get control over the road from the border crossing at Izvaryne to Krasnodon.
This is the road where on June 20th a convoy of at least 30 Russian vehicles were able to cross the border. See this report.
When this road is under attack, it is almost impossible to use it again for such a transport.

UPDATE: This is the aftermath of the battle:

This is the situation overview: 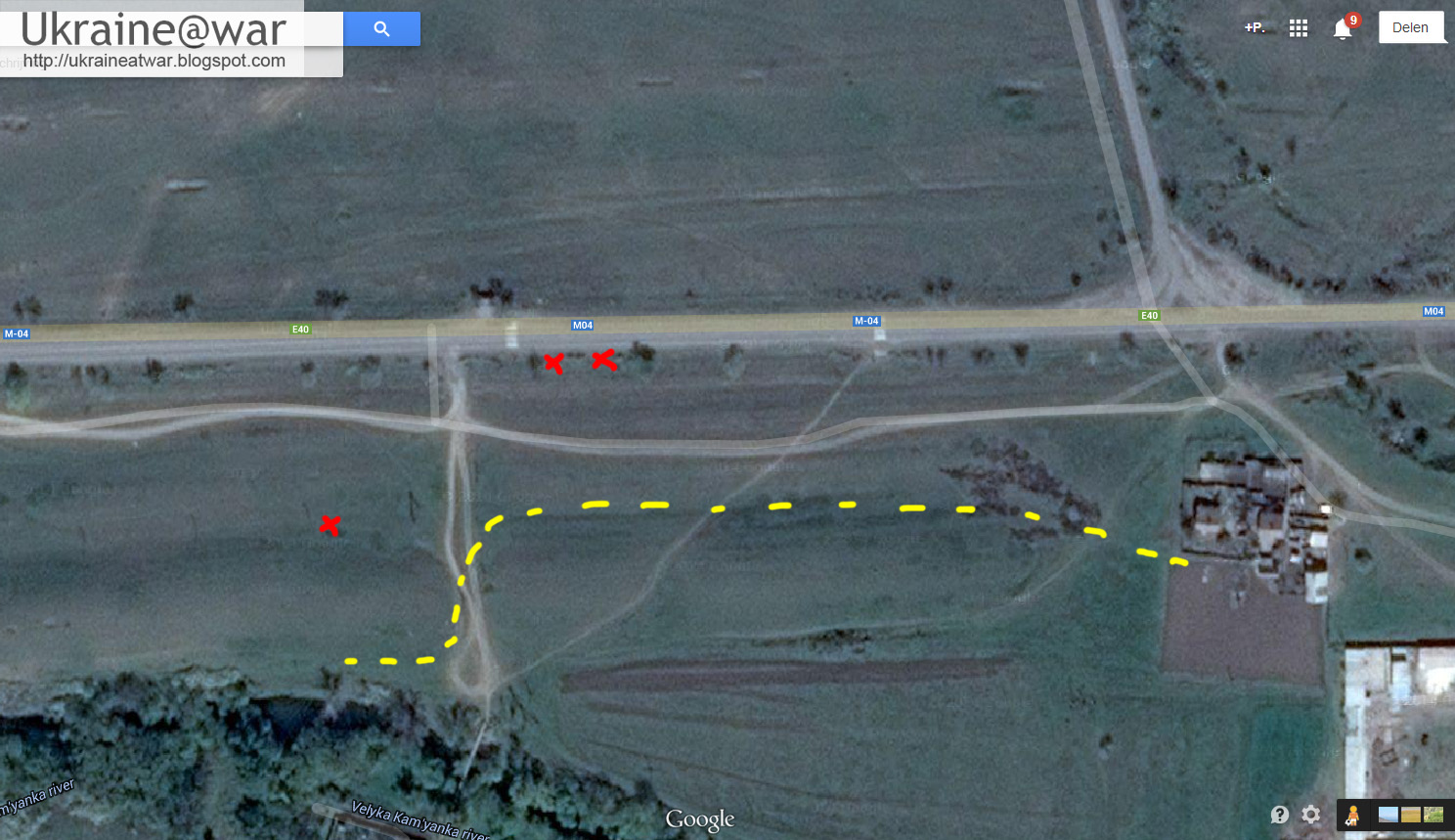 
This looks like this road is closed for any traffic.
But there is still an unofficial road a little bit more to the North where they can enter: 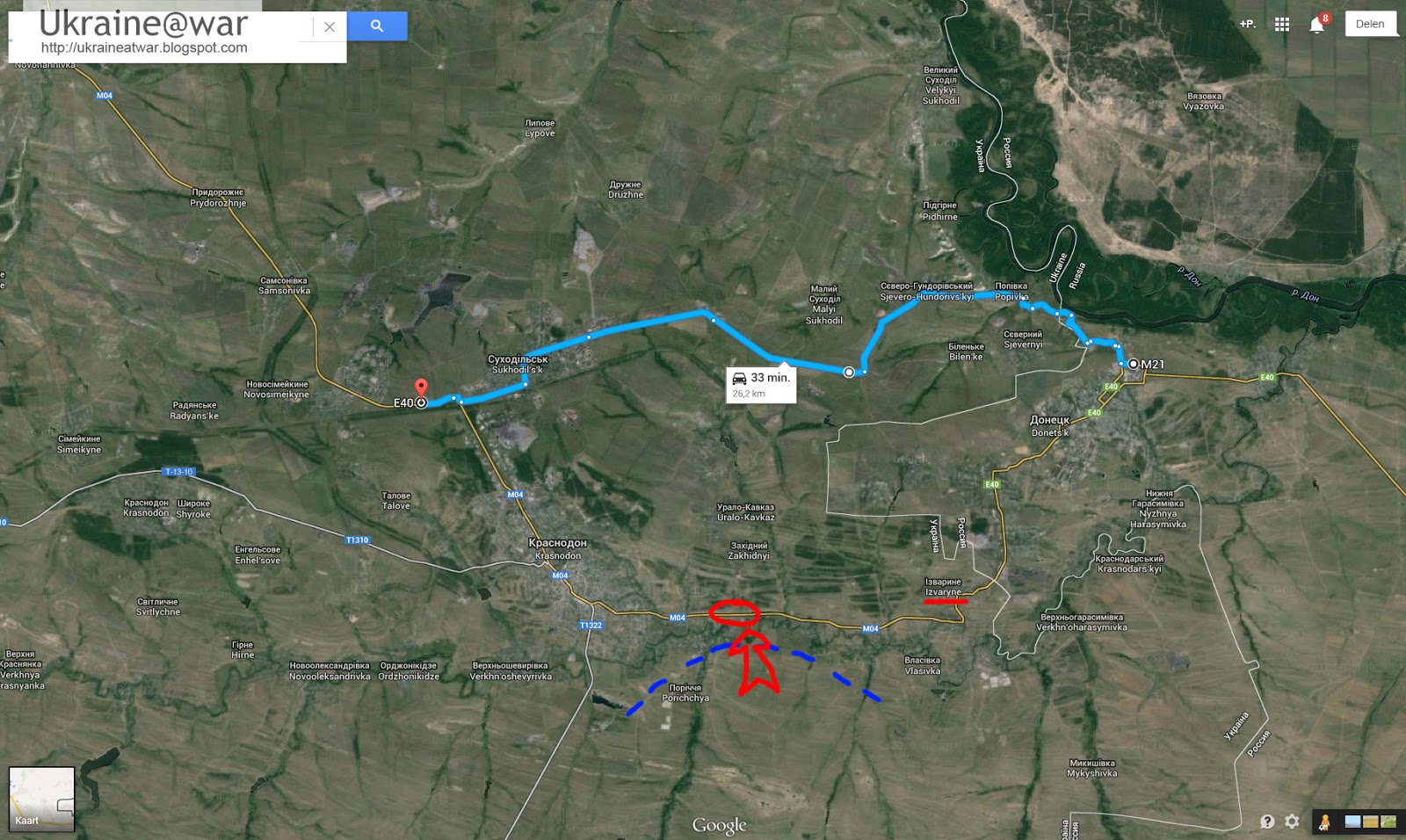 In this webcam in Lugansk we can see a small convoy:

It is known that the (pro)Russians turn off the city's cameras when they have a major transport. But then still they have the risk that people with mobile phones film them.

On July 1st a report came in that 20 Russian tanks and 20 APCs where spotted with an EXACT location:


About 20 russian tanks and 20 APCs spotted on the highway M04 in the forest http://t.co/oWBdbe2zhf pic.twitter.com/WQMGzpG8fe via @newsburko
— Liveuamap (@Liveuamap) July 1, 2014 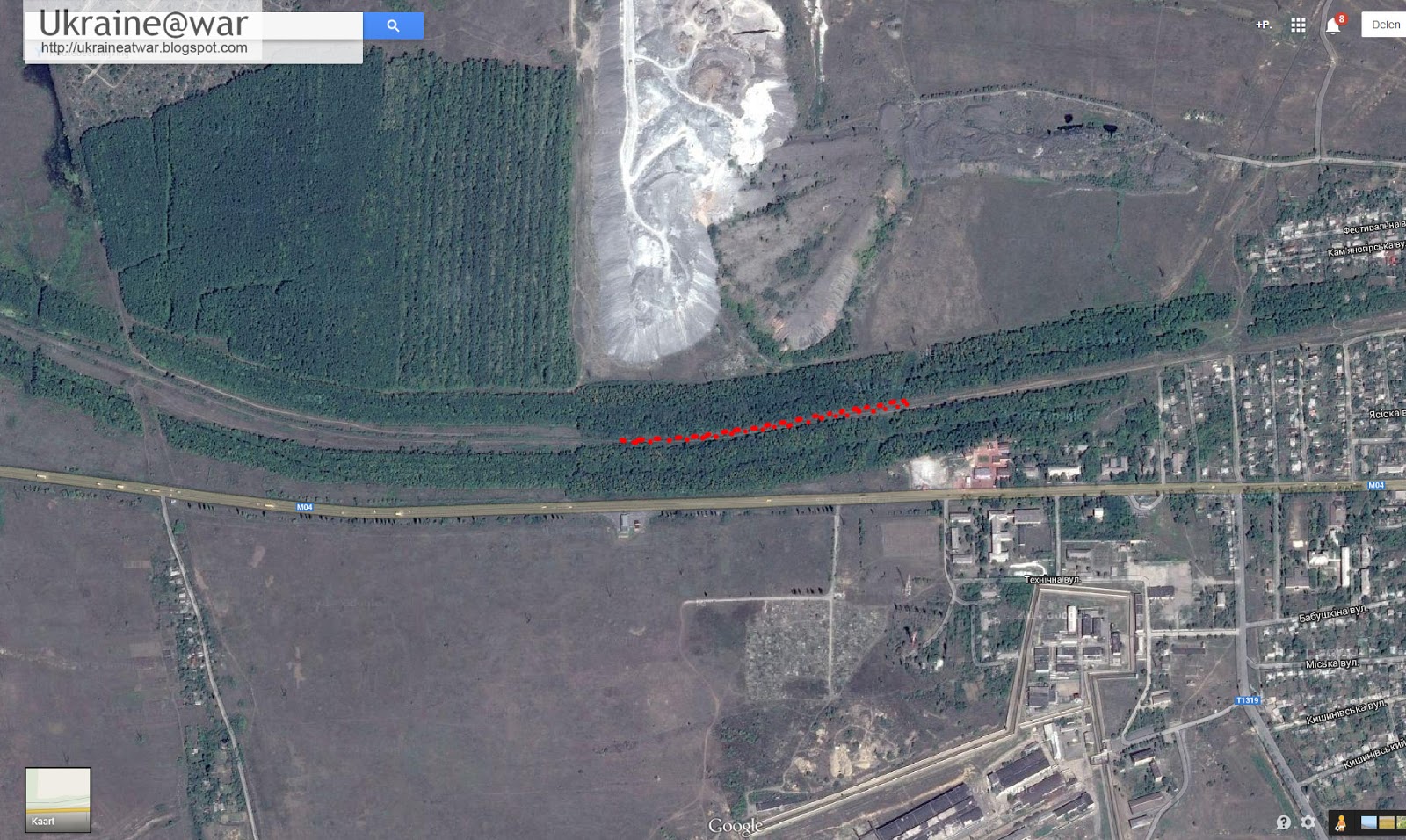 It means THEY TAKE THE RAILWAY!
To hide the transport from public view, they drive alongside the railway.

Do you remember all the railway explosion that had happened? Here is an overview: 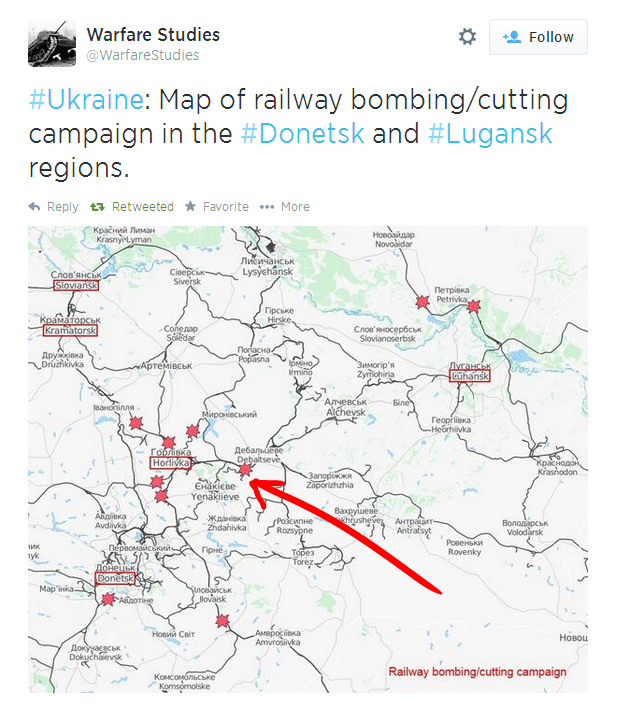 They blew up a all of the railways around Horlivka. This is INSIDE rebel territory. So it is not to prevent Ukrainian transports. There may be two reasons for this: 1. to prevent people to leave the area, because they need human shields.
2. To prevents trains from driving and THUS being able to spot LARGE convoys of Russian armor.

It means such a transport can take a rout like this after crossing the border: 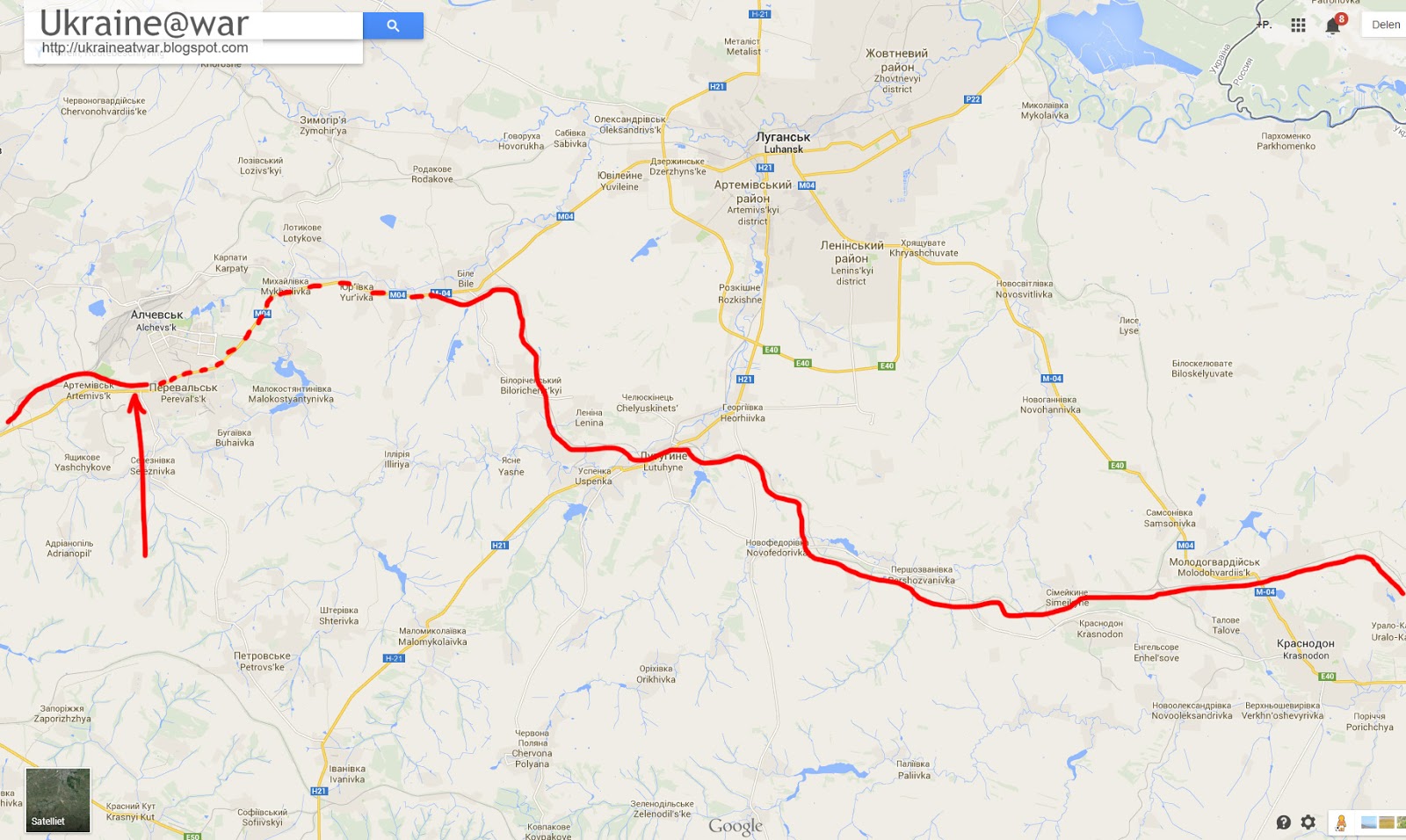 They either have to take a small portion on the road (dotted red line) or they have to make quite a detour. Since they are spotted where the railroad is starting again, they must have taken the road.

Here you can see how concealed the railway (red) is with trees on both sides, compared to the road (blue): 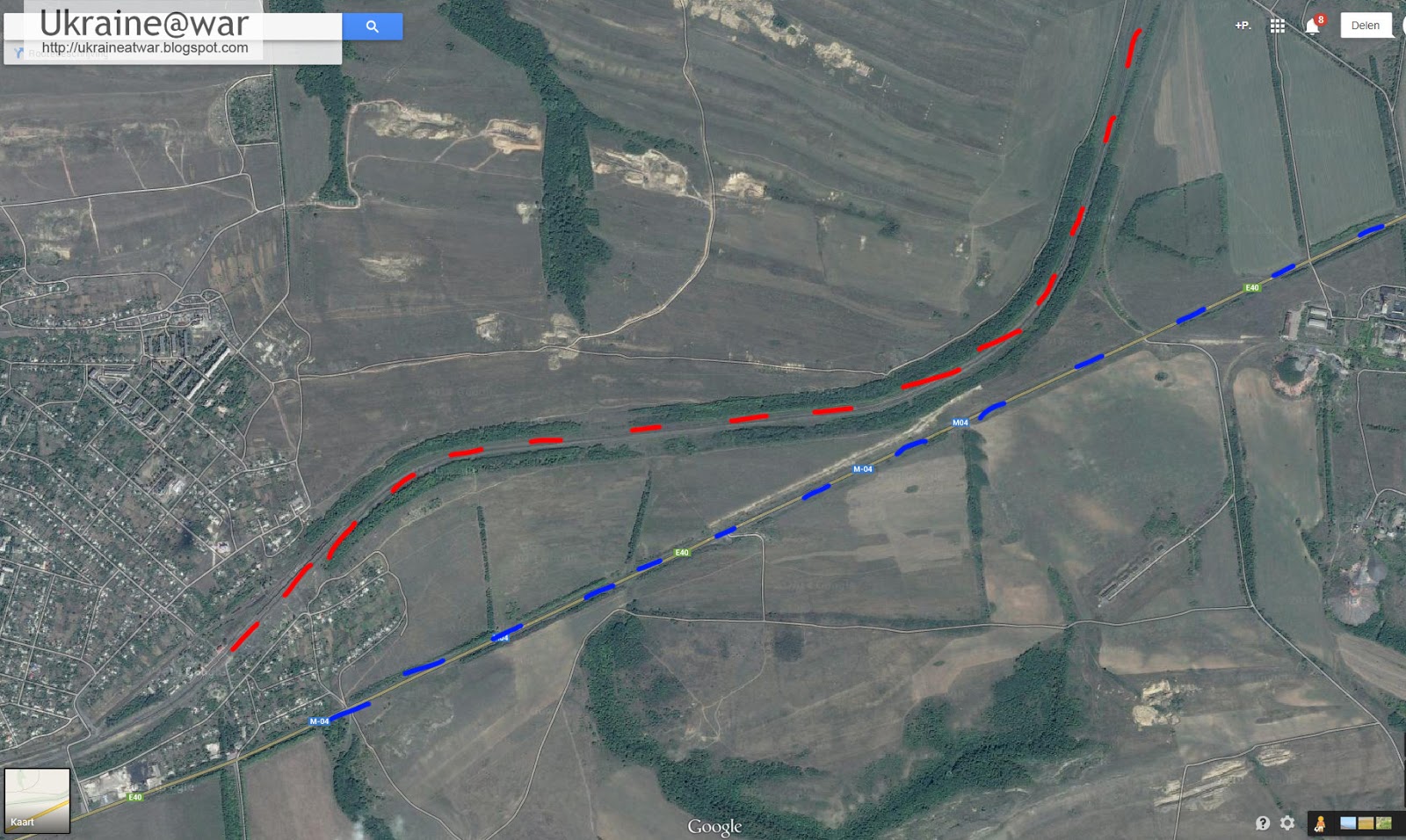 So on July 2nd 24daily.net and 112.ua report about 10 tanks and 10 GRADs being handed over from the Russian to the rebels.


Also another big transport has been spotted in Millerovo on June 29th:


It consists of at least:

This could have been the transport for the tanks we have seen above. We can only know for sure when we can identify those.

It makes the amount of armor in and near East Ukraine look something like this: 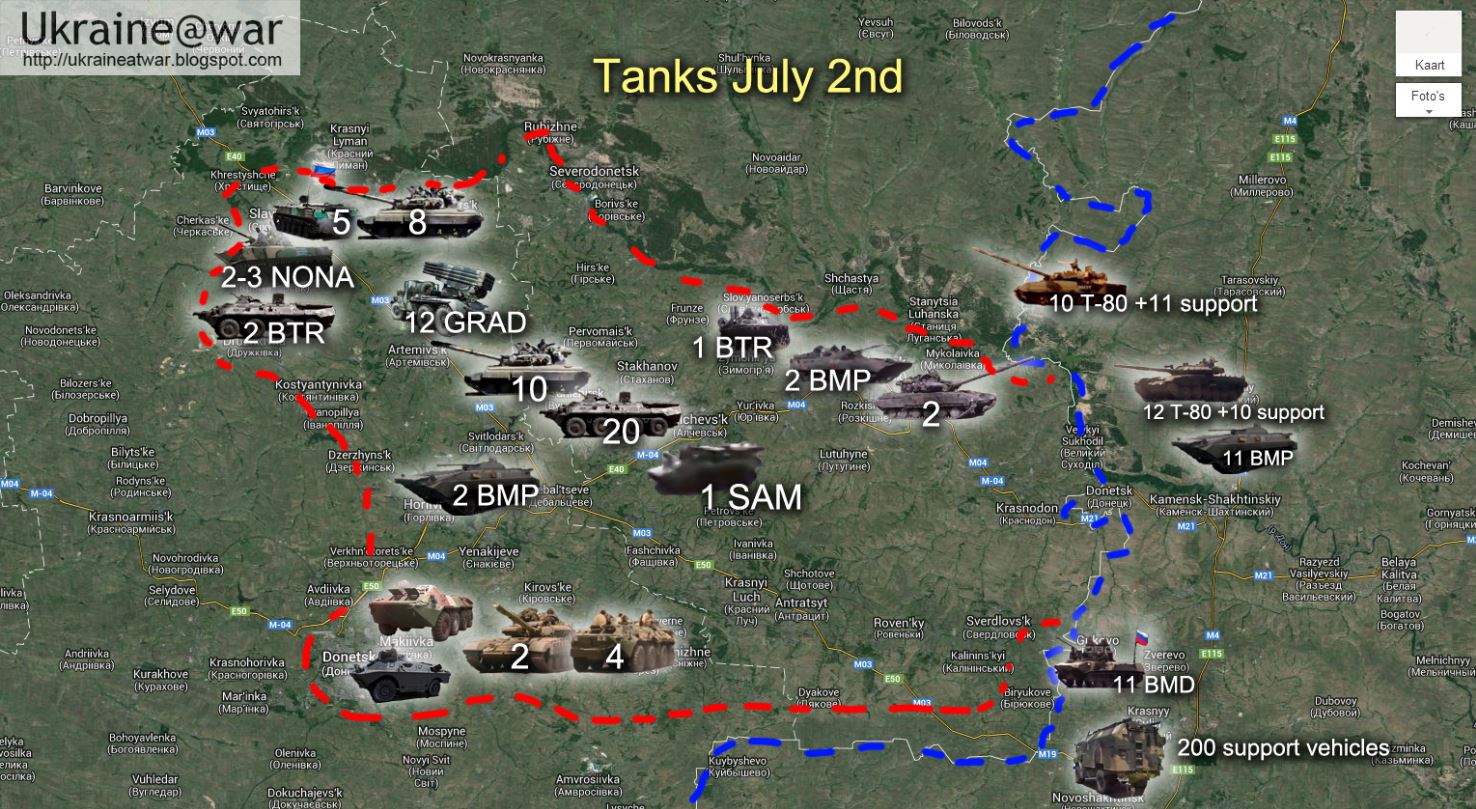